This is The Celibacy Issue where we realize we never did The Sex Issue because we’d rather talk about not-sex.

My awkward in-pain self I find myself again hostage to the time and labor of pain management. 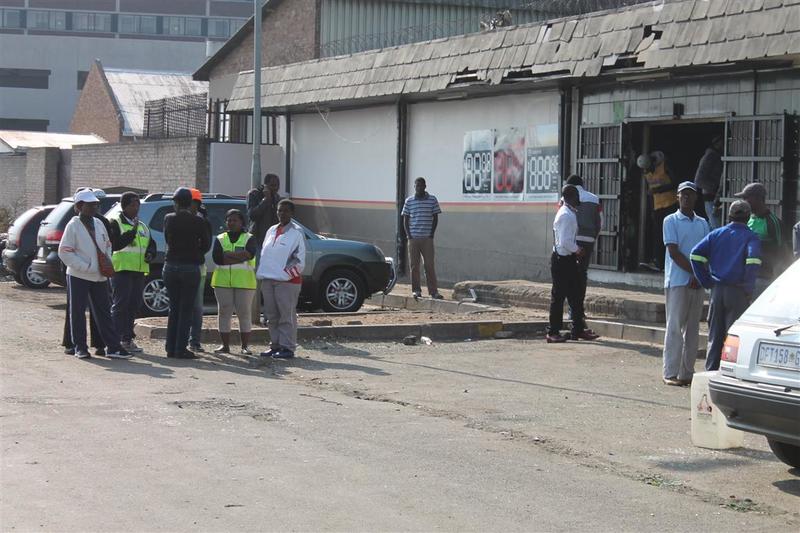 On January 23, people on Twitter began reporting that riots had broken out in Algeria’s capital, Algiers. English-language accounts were unclear about what was happening, but it turns out that supporters of the Algerian soccer team Mouloudia Club d'Alger (MCA) started wilding out after a match against Rapide Club de Relizane (RCR). Even though MCA won the game with a score of 1-0, their fans soon began getting rowdy and throwing everything they could find at cops in the Bab El Oued neighborhood. Riot police were outnumbered and were soon run off by the fans. Violence, particularly from police, is not that uncommon at these soccer matches, and MCA fans, who are often on the receiving end of police brutality, decided to fight back.

Video emerged this week of three boys in the Saara neighborhood of Rio de Janeiro, Brazil being tortured and humiliated by security guards. On January 21, the three young men were on their way home from a graffiti event when the security guards approached them and accused the young men of tagging up the neighborhood. Though the boys had paint in their bags, they denied that they had done any graffiti in the neighborhood. Nonetheless, the security guards proceeded to strip the boys to their underwear, put paint all over them, and brutally beat them with iron pipes. The boys suffered serious injuries with at least one of the boys ending up with a broken leg. Other street artists, and the general public, were outraged by the video and a protest is planned for January 31. On January 26 in São Paulo, police attacked young people at the Batalha da Matrix, a weekly rap battle event, with rubber bullets and flash bang grenades. Police claim they ordered the crowd to disperse and had to whatever was necessary to disperse the crowd after their orders were not obeyed. The youths then held a protest the next day in the center of the city.

On January 23, police went into Kempton Park, South Africa to shake down the town’s Nigerian residents for bribes. Daniel Chinedu Timothy, a 33-year-old, small-time drug dealer who was regularly extorted by the police, didn’t have any money to hand over so he ran from the cops. The police chased him, beat him severely, and then suffocated him with a plastic bag. The cops say that he had drugs on him and “overdosed” after he swallowed them. Witnesses say he had a very small amount of weed on him at most. Soon, hundreds of town residents angrily gathered around the police car where the man’s body was and demanded that they be allowed to take photos of the body. People soon began throwing rocks and bottles at the cops, and the police responded by shooting stun grenades and rubber bullets at the residents. Several people ended up injured including one cop who got a brick thrown at his head. The Nigerians in Kempton Park claim that this was only one instance of the constant police brutality they experience.

At least 65 people have been killed by the United States’ cops so far in 2016 including Janet Wilson in Dearborn, Michigan on January 27. Wilson, who witnesses say appeared “distraught,” was allegedly speeding away from cops in her car when they shot her. She was the second black person killed by Dearborn police in the last 40 days. Dearborn cops also killed Kevin Matthews, who was unarmed and had a history of mental illness, on December 23.