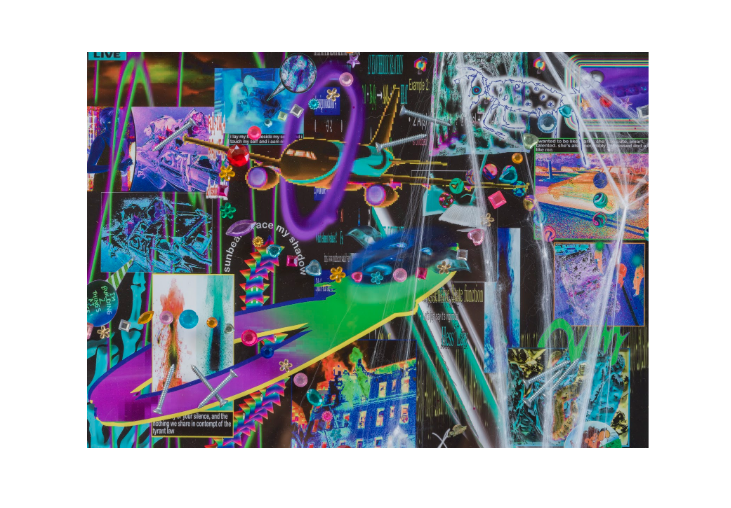 Evan Eisel, "i wanted to be like marky. she’s cute, smart, talented. she’s also incredibly depressed and a lot like me," 2020.

Daffodils: A Diary of Mania in London

I thought I was going to write a Pulitzer Prize-winning book.

I really, truly thought so. I also thought I was going to win an Oscar—never mind that I couldn’t act for shit—and that I’d become an Instagram-famous graphic designer, do talks for AIGA and the Royal College of Art. Throughout all of this I would be pretty and skinny, dripping with sexuality, I’d get all the girls, I’d get married in a white suit in a vineyard, swilling wine in the sun. I knew it was going to happen to me—I deserved it.

I’d think that as I bent over my cracked iPhone screen to snort a line of sticky cocaine each morning. It kept me going: without it, I’d sink into a strange catatonic state, staring at the wall for hours at a time, my mind empty. The coke came from a friend of a friend—it was bad, made me tense and angry, but it was better than nothing at all. Get off your ass, I’d think to myself, and then I would get up and power walk six, seven, eight miles through South London, down through Dulwich into Lewisham, looping toward Catford, up to Lee where I’d take the train to London Bridge and then back to Nunhead, where I was living by myself in an apartment a friend was letting me stay in while she visited family.

I was alone. I listened to Mark Ronson’s "Daffodils" again and again, the bassline drilling into my skeleton as I loped at high speed through the city, sweat dripping down my face. I knew I smelled bad but couldn’t be bothered to shower. The days trundled by, stunningly ugly, stunningly hot.

Years later, medicated, I would describe mania as “plugging a fork into an electric socket.” That didn’t feel quite right, though—other things had felt like that, too: mephedrone, a runner’s high if you did it right. This mania, two months in 2015 that still feel sore in my memory, came in waves, gusts of hot hatred and fear and then intense love and then fear again. I wanted to peel the skin off my hands and face, I wanted to rub gravel all over myself, God! It didn’t stop! It did not stop.

Mania destroys logic, destroys inhibitions, destroys, sometimes, the thin fabric between imagination and reality. People were talking about me, I was sure, but I couldn’t prove it, but then did I have to prove it when I knew it was true? I never posted on social media—everyone would hate me even more if I did, talk even more shit, spread more rumors—but I spent hours scrolling through Instagram, ogling everyone’s trips to Berlin, gallery shows, picnics at my favorite park. I fucking hated all of them: I could not cope.

The hatred, I know now, was entirely irrational, clinical paranoia. Anyone who had said to me then that I was maybe overthinking things a little, though, would have been told to fuck off—how true it felt, the absolutely solid fact that everyone was talking shit about me, constantly, from morning til the moment they slept, and what perfect sense it made to hate them right back. Truths like that cling like an endless stink, take hold like rot; ugly and inescapable. I can’t really remember anymore if I wanted it to be true.

There is a science behind bipolar mania, a logistics: decreased orbitofrontal-cortex activity, elevated dopamine and glutamate levels, unchecked intracellular signaling. The brain sparkles and snaps with energy; brainwaves surge to unbearable levels. Treatable with mood stabilizers and antipsychotics (I was eventually put on Lamictal and Abilify); antidepressants generally do not help (on Lexapro I screamed at the top of my lungs, desperately wanted to die). Strange, to me, that there is a science, a dedicated Wikipedia page. Digestible, easy to read; full of line graphs depicting the surges and dips of a typical manic episode—put into layman’s terms, for the curious, the inexperienced.

For the experienced, though, seeing something so intangible laid out so plainly feels cold, almost off-putting. The Diagnostic and Statistical Manual of Mental Disorders (DSM) says that mania involves “flight of ideas or subjective experience that thoughts are racing.” My experience was of muttering “Oh great you dropped it you dropped it you dumb bitch you absolute fucking dumb BITCH!” upon accidentally letting a cigarette fall to the ground. The DSM says “decreased need for sleep.” I stayed up until three and woke up at six, the heft of nightmares still clinging to me but my mind already energized, ready to go for another walk, do some more drugs.

All of my symptoms squished into a tiny little diagnostic box. A few months later, home from London with my tail between my legs, I’d covertly check my psychiatrist’s invoice to look at the DSM code: 296.89 (F31. 81). I was, still am, in awe that so much activity, so much bustle and noise, could be distilled into a single number and then paid for. 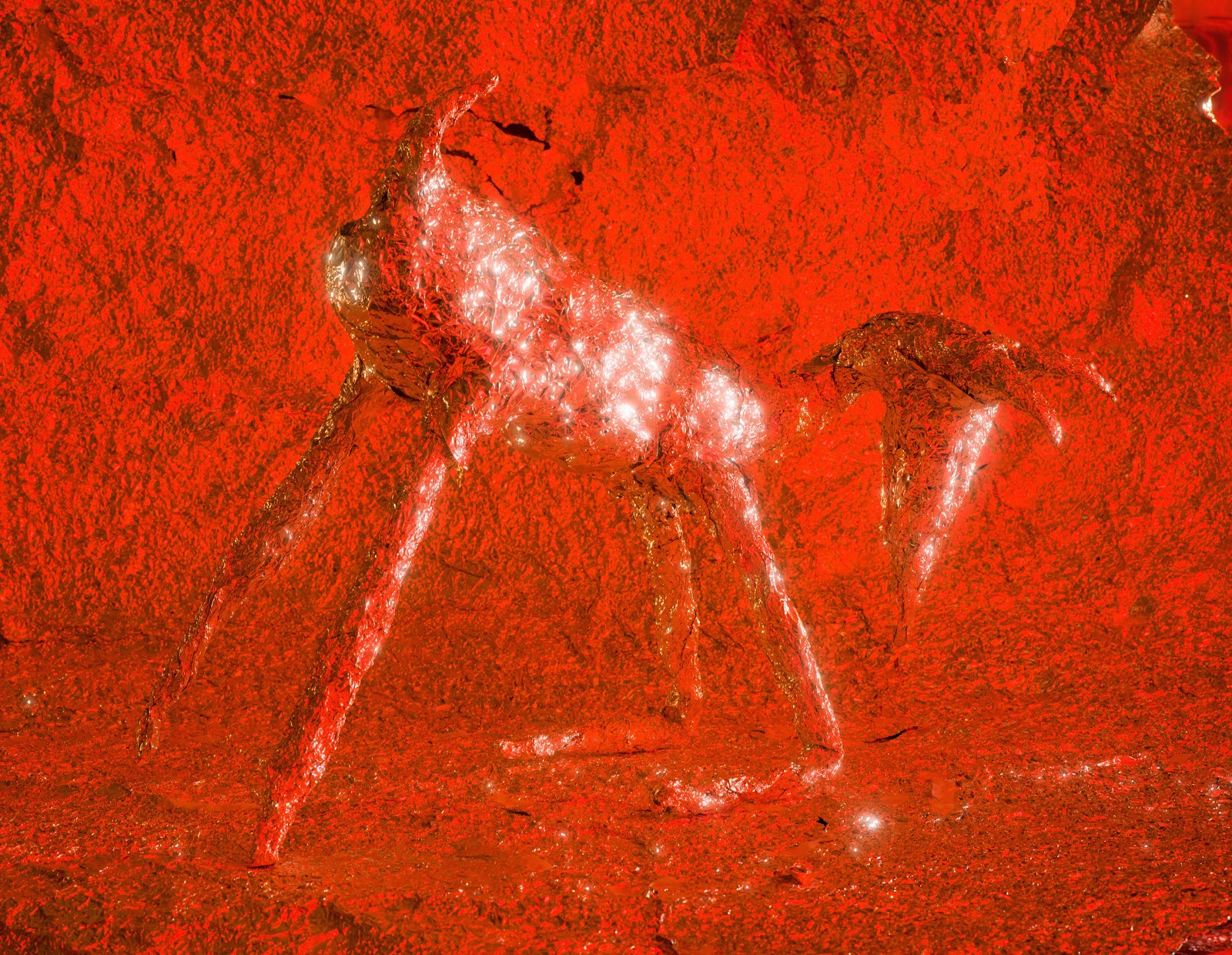 Googling “bipolar mania” yields results that include a detailed watercolor painting of a man taking part in two activities—reading while cleaning his kitchen at three in the morning, and lying in bed while the sun pokes through a curtain. I craved lying in bed after a while, wanted to feel some sort of exhaustion, a sign that whatever was happening was done. But even when my friend whose house I was staying in came home, even when she and her boyfriend and I spent a lush, lazy afternoon in Hampstead Heath, I did not slow down. I did less cocaine—what if somebody walked in on me?—but the errant, hyperactive coke haze endured. I still wanted to peel my nails off; I couldn’t shake the idea that my friend and her boyfriend were making fun of me when I wasn’t there. At night, trying desperately to sleep and staring at the low, cracked ceiling, I’d whisper my Oscars acceptance speech to myself.

There was no control over it at all, this energy. I desperately waited for it to stop, night after night praying for real actual sleep, but again and again I found myself grinding my teeth, grasping at two or three hours a night at the most. My thoughts came heavy and thick and sometimes I felt an urge to squeeze my thumbs into my eye sockets as hard as possible to make it stop.

It did eventually end, and a while after that I was put into treatment, diagnosed, given pills that worked. Magic. Still, now, I start my morning by swallowing a little pink half-moon and a tiny white dot to keep me on an even keel, whatever that might mean at any point in time.

It’s strange now to look back—did I know that it was mania? I don’t think I did. I knew of it, had heard back then what bipolar disorder was, but sitting in front of a laptop reading a dull list of various symptoms hadn’t clicked with me, even when I’d looked them up during my episode. Of course I had excess energy, but that was because of the coke. Of course I had extremely high self-esteem and racing thoughts; I was amazing, and perfect, and I couldn’t stop thinking about it. Sleep had left me because of a recent bad relationship. And so on.

The loneliness of it, now, gets to me the most—certainly the loneliness I felt during my actual mania, but also the loneliness of feeling different, in a new and bad way, and not being sure of what was happening, what was making my brain swell and fizz the way it did. I was in no place to self-diagnose; I had no idea where to start, or whether there was even something to diagnose at all, and the cold, clinical language of what I did read put me off.

Sometimes I wish I would have simply asked someone “Do I seem different?” But what would they have said?

Blips have come since then, of hypomania, which is lesser and more fun than the full-blown thing, of depression, and of unbearable anxiety. I am medicated now, though, and have a therapist I see weekly. I know that though my life has had its objectively difficult moments, and there are things that I will need to cope with as they come, my fluctuating brain chemistry plays a large part in how I interact with the world.

To come back from a manic episode, though—to be scraped along the strange edge of sanity, to lose control of myself in ways that can still make me feel shame—feels like having spiraled through a new dimension when I think about it for too long. Not real, not a part of the rest of my life. It’s strange, now, to read about it, words on a page that simplify what became so surreal and ugly that it feels almost untrue.

There’s really no way to wrap up a past manic episode with a bow, say “Well, that’s over, and I learned such-and-such.” What is there to learn beyond that it happened, that it could still happen again? My medications work, most of the time, but when they don’t, I sometimes start to feel that wakeful itch, want to pick a little at the edges of my comfort zone. But medications that mostly work are, to me, far better than none at all.

I think back to the morning I left London and flew home to California. Still reeling and raving, the inside of my head a high-pitched whine, I silently wheeled my two giant suitcases away from my friend’s house as she slept and gave the front door the middle finger. I know the mania wasn’t over just then—but in that moment, something changed. 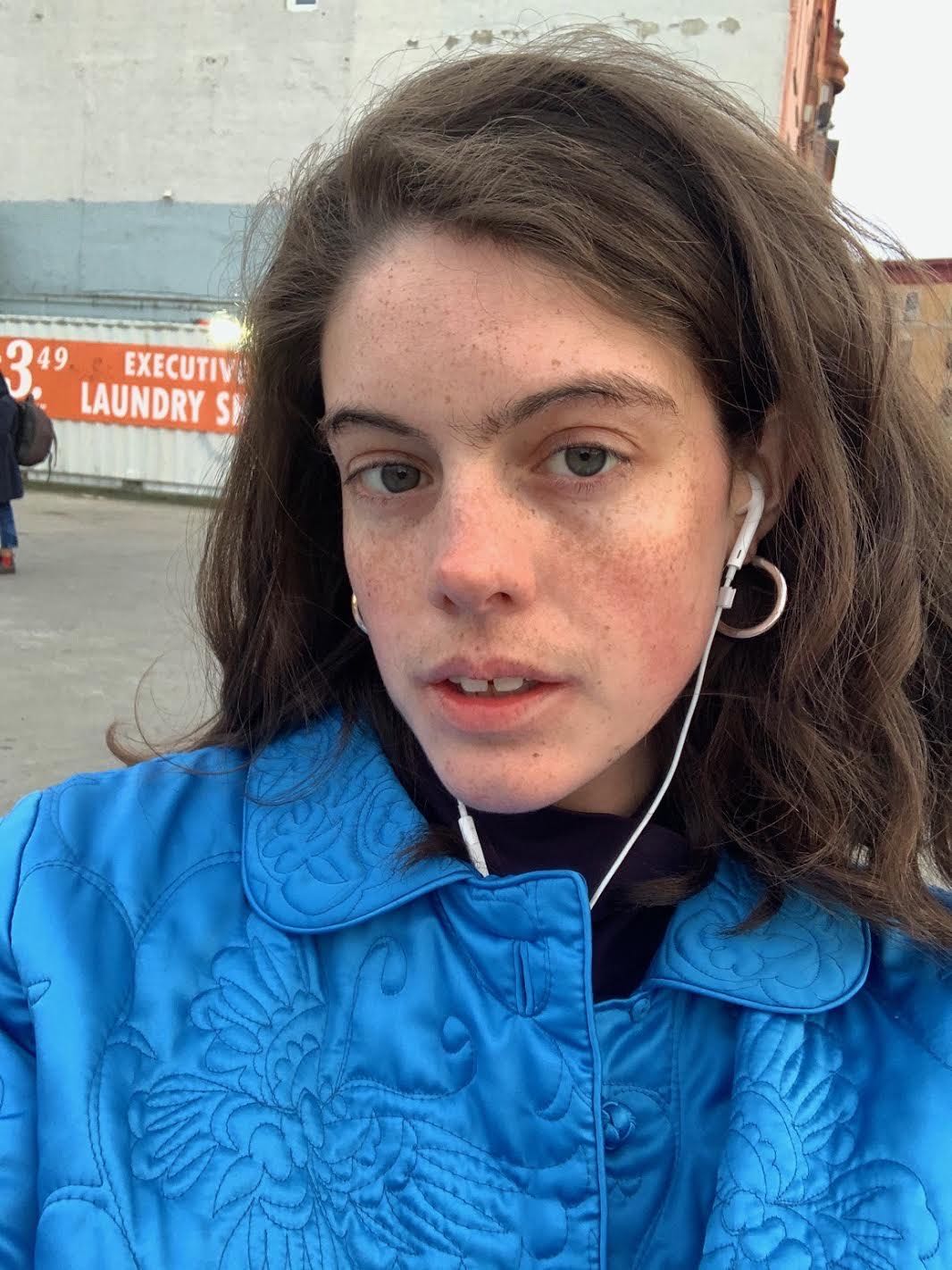 Sophie Helf is a coder and writer who lives in New York City. 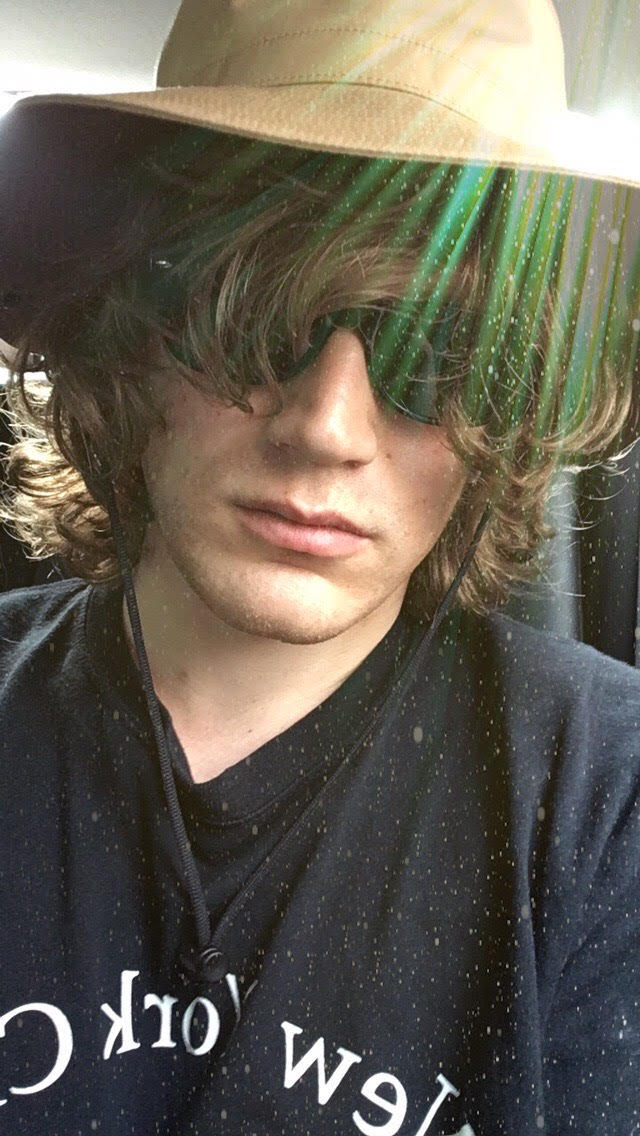 Evan Eisel is an absurdist photographer and occasional sculptor. He makes it up as he goes along. evaneisel.tumblr.com