Keep Moving and Get out of the Way

June Horoscopes With a rowdy cohort of planets in Gemini, brace yourself for a stormy month.

Psychosis and State Repression When the NYPD started hunting down radicals in New York last winter, those caught in the whirlwind experienced a collective psychosis. 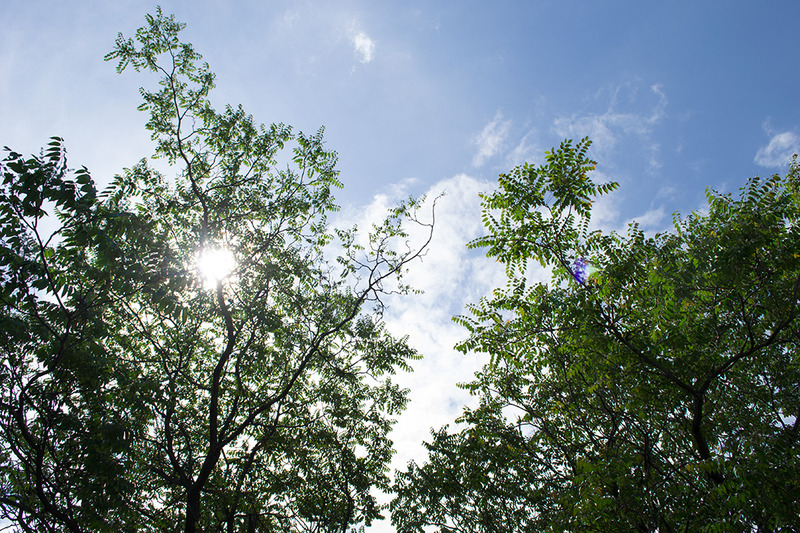 Keep Moving and Get out of the Way

If you’re white, you can call yourself “ex-pat” – everyone else gets refugee.

As a young boy living in the rural upper Mississippi River valley, I remember the smell of the end of summer, the cool air arriving in the mornings, and the exodus of the Monarch Butterflies. These orange and black transforming insects captured my imagination. I would eventually learn in school that each of the fluttering bugs was on a massive journey, thousands of miles long. From northeastern Canada, through where I lived, then down the Mississippi River, and into the high mountains of Michoacán and Guerrero in central Mexico. I would lie on my back in our yard, and look up at the old trees to which they clung and walk myself through a strange fact: migrating monarchs do not survive the round trip. That is, if they manage to survive the entire journey to central Mexico, they die there. It is their children’s children’s children who I will see as their community returns to Canada the following spring, who somehow manage to return to the same place each year. How would they know where to go? How do they find their way? How do they know when they’ve returned? How was it possible that I saw the same kaleidoscope year after year?

In American culture, there’s this idea that young people, as they come of age, are to leave their parents and set out on their own. Back in the day, maybe this meant get married, have some kids, buy a nice house further west. Today, it probably means signing a lease with three friends, getting your own Netflix account, and hope you can eventually make money on the internet somehow. Nonetheless, the idea is the same: make something new for yourself.

Elsewhere, that’s not so much the case. Years ago, I backpacked through central and southern Mexico and came upon a small town in Morelos called Tepoztlán. There, it was common for people to live with their parents until 26 or 27. I remember ducking through the canopy of dripping tarps strung over the Zócalo, and finding a man not much older than I was at the time who had been to my small part of the world. He’d travelled to Minnesota to harvest sugar beets. He’d been to North Carolina to pick tobacco. He told me that in three months, he could make more money than the rest of the year selling fruit and fish and papas fritas in the market, but that it was very risky and stressful to do so. He had only been three or four times, but his brother was still there. It was the during height of the anti-globalization movement, when militant Zapatistas were attempting to break from the federal government of Mexico to form autonomous indigenous communities not more than two hours away.

In central Mexico, the Monarch butterflies are also a sign of the changing season. When they arrive, they settle into the high mountains, in sanctuaries that have been maintained for centuries deep into the pre-Columbian era. Their arrival heralds a solemn celebration, Día de Muertos, a day to remember the deceased. A warm thought in light of the monarch’s own four-generations-long annual journey.

Several weeks ago, SpaceX quietly released poster designs for Martian tourism. The posters feature a kind of art-deco Mad Man-esque portrayal of the Mars landscape, dotted with humans exploring and tinkering. Oh so sweet. But it got me thinking about how humans move around the world – I mean world in that universe-y sense, not Earth ... it’s 2015 – and why.

Like I said, it’s 2015. Earth is fucked. Everyone knows it. The conservatives try to argue that climate change is leftist sensationalism, but they’re just running damage control. The liberals are trying to talk us into recyclable toothpaste and local goat cheese while we can’t even afford rent and the bus. California’s Central Valley, the lush fruit basket of the US, is now a salt flat. Storms rip across the Middle East carrying sand and dust in plumes hundreds of kilometers long. Oil is spilling out everywhere, its price is just as unstable, leaving many wholesalers to anchor full tankers just off the coast, waiting for prices to budge upwards. Holy wars and police violence (not so distinct from one another) rage on, bloodier and more hopelessly regular than seems imaginable. The ravenous appetite of modern capitalism has swallowed up most of the developing world’s means of sustenance farming, and has been doing so at break-neck speeds for the last century. The global underclasses – black and brown laborers – have been moving, migrating, escaping, and relocating for generations, trapped in cycles of precariousness so deep that major industrial economies have come to depend on their “illegal” and undocumented labor. Overcrowded boats capsize in the Mediterranean; mass migrations of refugees seek refuge at the gates of national borders with months-long waiting lists; even within our cities, gentrification has become a constant condition of civic life, moving through our neighborhoods like unfathomable storm systems.

For most of the world’s population, this state of crisis is old news. But the situation has become so severe that it is now creeping into the privileged classes – the wealthy, the ideologues, the politicians, the industrialists – and they too are starting to feel the consequences of life on earth with capitalism. Like so many poor black and brown families before, they say: “perhaps we have no other choice but to leave”. And since they’ve consumed everything, spoiled everything, and spread out onto everything, I suppose the only place left to go is up.

What’s an Alien really? Some being whose story we cannot quite understand, whose intentions we cannot exactly determine, whose mere likelihood unsettles us. In pop culture, the alien appears like a distant relative, a human like thing. Perhaps even a descendant of us after one million years of breeding in deep-space, limbs and muscles atrophied, brain pregnant and plump, eyes like eight-balls thirsty for light, mouth small and useless. Our cultural alien image is like our own silhouette in a mirror, an image of our desperate future, grasping for grains of sand in an ocean of space, finding ourselves lost and unidentifiable.

But goddamnit – that’s already us. There are so many of us who’ve been seeking refuge elsewhere, moving constantly; filing papers to stay, papers to move; trying to rehabilitate a base, or make a new one elsewhere; trying to preserve sweet memories of home, or forget the sour ones; trying to blend in, or stand out, or be invisible, or be heard.

This is the Alien issue, where we indulge for a moment in being the Other, appreciating all of the ways we already are, and seeing our own reflections in the images of the unfamiliar. We’ll cover stories of cultural loss, assimilation, decolonization, abduction, visibility and invisibility, seeking documentation and/or fleeing the pigs, crossing new and old borders, and how exactly the Alien appears to and as us. This month, we spend at least a day laying in the grass, wondering how many generations our great migration will take, when it started, and what will be left of us when we finally return home.