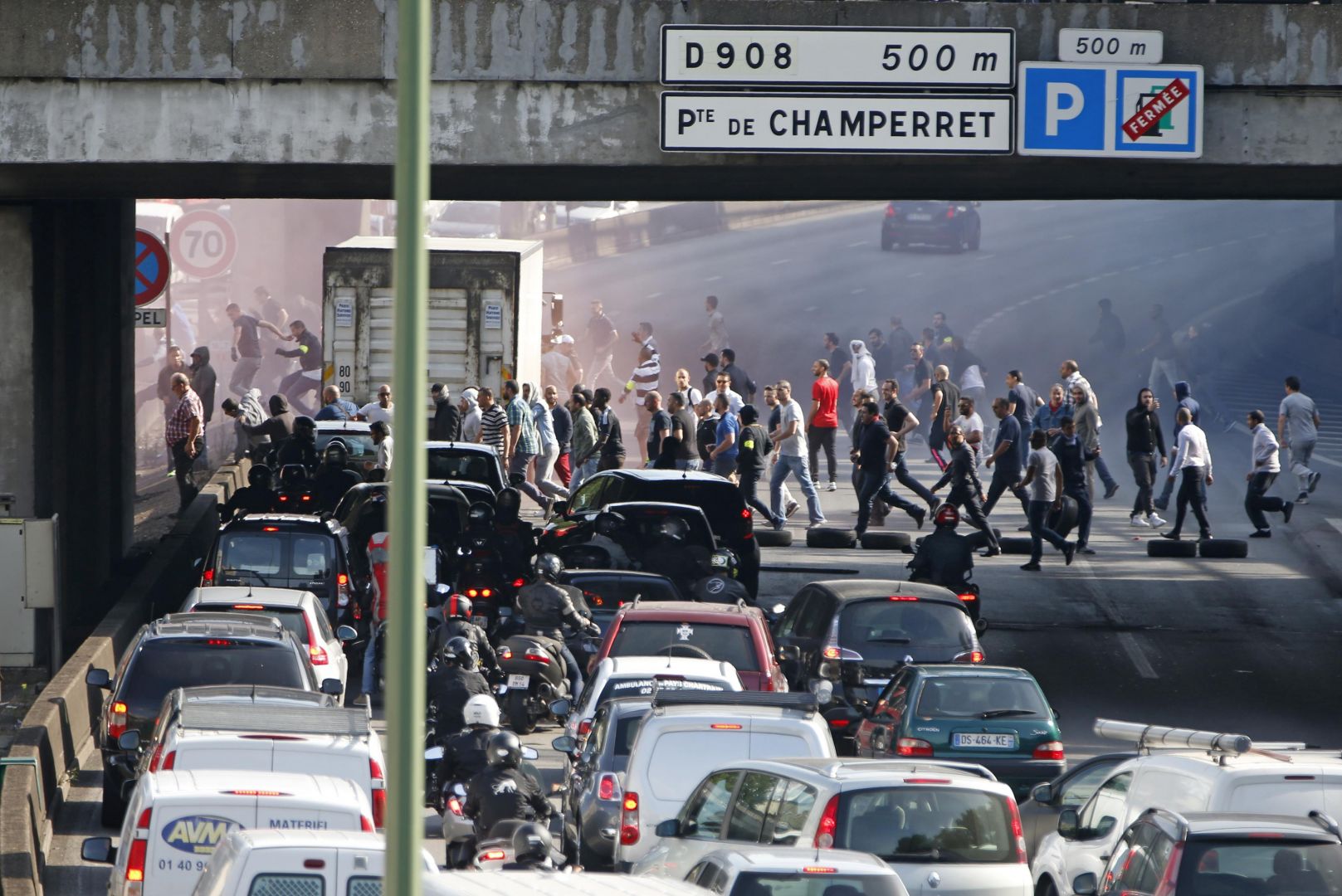 Rapidly becoming one of the most hated companies amongst union cab drivers, and the most adored by those looking for a lift from a precarious worker, the low-cost ride company Uber has been thrusted into the hot seat, literally.

Despite government regulations banning lower cost rides, Uber has been working to expand their local ride-booking service “UberPOP Mobile” throughout Paris. This morning, Parisian taxi drivers are fed up, and have basically shut the city down, obstructing traffic around the major airports, smashing windshields of Uber cars, lighting some vehicles on fire, and generally running amok protesting Uber’s “unfair advantage” in the market.

Not everybody is down for the riot, apparently. Grunge Queen Courtney Love was one of many who found the taxi drivers’ public display of discontent blasphemous because it's causing them to miss their flights. Stay mad, celebs.

Dude @kanyewest we may turn back to the airport and hide out with u.picketers just attacked our car #ParisUberStrike pic.twitter.com/MtanurybOO

paid some guys on motorcycles to sneak us out, got chased by a mob of taxi drivers who threw rocks, passed two police and they did nothing