“It’s Fine” – How I Survived My First Year in NYC

Getting restless for the weekend: Joey LaBeija shares his hopes and dreams for his Legendary party. Listen to LaBeija and False Witness’s new track while you get ready, bbs.

Bad News You won’t be able to eat chocolate, hide things from the NSA, or even survive on planet earth for very much longer. 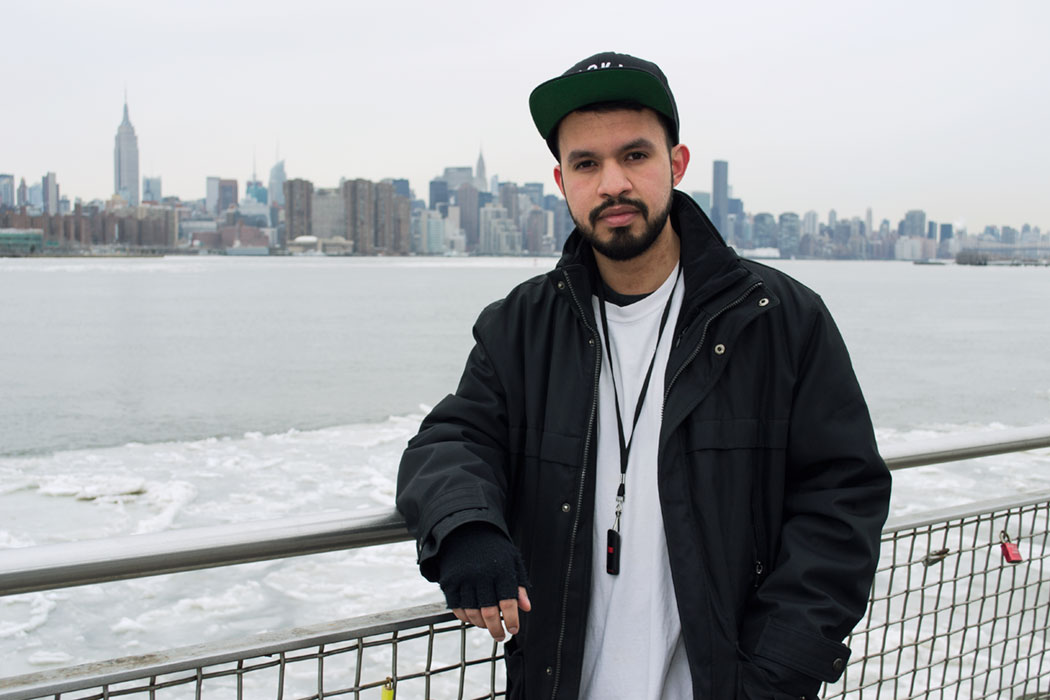 We May Not Sleep

Marco Gomez, a.k.a. DJ False Witness, recounts the highs and lows of his first year in New York City.

Marco Gomez, a.k.a. DJ False Witness, is a familiar face in New York nightlife. At parties, he moves around effortlessly, talking to everyone, with air of someone who has their shit together. But this wasn’t always the case. This month marks Marco Gomez’s first year in NYC. Here, he looks back at his emotionally draining, physically exhausting, and sleepless first year, and shares some survival tips he picked up along the way.

This month is my one year anniversary of living in New York City. For those of you reading who don’t live here (yet), but aspire to reside here at some point, I’ll be honest: it’s fucking hard. I know it’s a cliché to say that, but it is true. Your first year, from day one going forward, will be a hellish ride down an emotional roller coaster that doesn’t have a bottom ... until it does, and the ride is sorta fun from that point on. Or at least tolerable.

For my first week in New York, I stayed in a posh penthouse in the Upper West Side, courtesy of a friend who I no longer stay in contact with.  This imbued me with a false sense of security; it led me to believe that somehow, without any kind of struggle, I had ‘made it’.  The week after that, I found myself in a sublet in Crown Heights, wondering how I had managed to spend most of my savings during that first week.

The next few months from that point were a series of extreme highs and lows that nearly drove me insane. One day, I was eating some crazy expensive meal for free, the next I had a saltine cracker to last me the day. My friend Jess said the same thing once in an interview; you could be eating a $500 meal one day and a can of tuna the next. Or nothing at all.

I moved here alone, anticipating my boyfriend of four years to join me in a month’s time. He moved his life from the quiet suburban town he knew in Massachusetts to be with me in Brooklyn, but dumped me within a few weeks of being here. I can’t say I didn’t deserve it: my behavior upon his arrival was erratic. I got up at weird hours of the night because I couldn’t stand to be in the same bed with him. I stopped saying I loved him. Fights over nothing became common. He got fed up with my bullshit, and I was fed up with being bullshit all the time. I wasn’t coping well with the stresses of the city, and he couldn’t understand or help me. I felt like he was struggling too, and neither of us were equipped to support each other. We parted ways. I was hurt.

If this wasn’t enough, my first job here was a nightmare. Commuting for one hour during the morning rush on the F train uptown every day sucked. I would walk for 10 minutes from the 21 Street-Queensbridge stop in Queens to this ugly, brick building with pastel walls and dirty linoleum floors. Inside, I found myself caught in a cubicle trap with some of the most miserable people I’ve ever encountered. Frustrated with the fact that they all seemed to have peaked in their careers, the only source of satisfaction anyone seemed to have was their ability to put each other down. Snide remarks were part of everyone’s day. I caught a few of the girls who worked in my department crying during their lunch break. I kept my tears inside until I got home.

There were moments when my coworkers asked about my personal life. I told them I had other kinds of interests outside my job (art, music), which was a mistake. Those facts alone were affronts to their egos. With each passing day, their words became slowly more vicious, steadily more hateful. I toughed out my shitty office job for about a month and a half before all the racist, shady, or belittling comments thrown in my direction finally reached its peak. I had had enough: I screamed.

Now, when I say I screamed, I mean it literally. It started when one of my supervisors had made yet another insensitive racial comment. I could feel my last nerve in the back of my eye snap in half. I then made sure that the whole office heard me when I told her to go fuck herself. And that’s when the batshit crazy, profane things started spewing out my mouth. I shot back at nearly everyone in my path – every single one of my supervisors was left gagged and silent. Shock value: Not only did I quit my job, I spiraled out of control in the process. But I had said what needed to be said; all that was left to do was to leave. My blood still boiling, I grabbed my coat, closed the door to the office and walked out into a cold, windy street of Long Island City. I never had any urge to look back. I was freezing, but I felt liberated.

After quitting my job, I spent the next two nights drinking myself stupid every night until I ran out of money. Now, I was jobless, penniless, suffering from bouts of insomnia, and living in a sublet for only a week longer before I had to leave with no place to go.

The months after these episodes were significantly less traumatic. I’m still here, I didn’t run away from this wretched town and for the most part, I didn’t starve or become homeless. With no boyfriend, no job, and not many worldly possessions, I was poised to start anew.

Flash forward to now. I had dinner with a friend of mine named Sam a few months ago. He’s an artist, he likes Sade, and he’s probably gonna become really famous. I think he already is and he’s just being coy about it. Anyway, I was at his apartment in Greenpoint with his boyfriend (who’s also a great friend and mentor of mine), when I learned about his personal school of thought, a profoundly simple four-word statement: “Who cares? It’s fine.”

Little did I know this was something that had resonated with me since my arrival in New York. Never before had a phrase so perfectly summed up how I had survived this carnival ride of a journey. It’s a phrase that’s disaffected but not dismissive. It’s supportive, but with a dash of aloofness. It says “I know you care about X, and I’m really pissed off about Y, but whatever, because that’s totally fine, who even cares.”

The point is, just accept whatever happens and move on. We all have very strong expectations about what we want out of life and that’s pretty stupid – our expectations rarely reflect the reality that we live in. I mean, never stop dreaming, because that’s what you came here to do, isn’t it? No, just stop expecting so goddamn much. It’s more satisfying when things go well if you have little to no expectations at all.

Inversely, the more you let bad things affect you, the more you spiral downward. Nobody likes when you spiral. Just calm down, collect yourself and just agree with the fact that it’s probably fine, who cares? Do you even really care? You probably don’t. Let it go.

Your unsupportive significant other broke up with you? Who cares? You’re late for work? It’s fine. Boss giving you a hard time? That’s fine too. Fuck ‘em. These things actually do not matter in the greater scheme of your life. The more you resign yourself to caring about everything, the less you give yourself a chance to really give a shit about something. A disaffected, collected coolness is a characteristic you’re gonna need to adopt if you’re gonna live here and survive. You know what you should care about? Your passions. Whatever it is that makes you happy. Care about that a lot.

When you get to NYC, you may not sleep. Your stress levels will rise to extraordinary heights here and that’s ok, just let it happen. Get used to the sirens, the booming sub bass moving down your street, the loud fights at 4:00 am. Learn to enjoy the soundscape. Remember that none of this matters, except the reason why you came here.

I had a hard time my first year here. Who doesn’t? But I’m not complaining; I have no reason to, it was actually fine. That four-word axiom rings true in any part of NYC and literally the entire world, because bullshit happens everywhere. Go ahead and say it to yourself; it might make your shitty day a little less traumatic. That which causes you to lose sleep, or money, or other inconsequential things – does it truly matter? You’ll make up for it in experiences that reshape your drive and sense of purpose. Or you won’t. Who cares, I’m sure it’s perfectly fine. 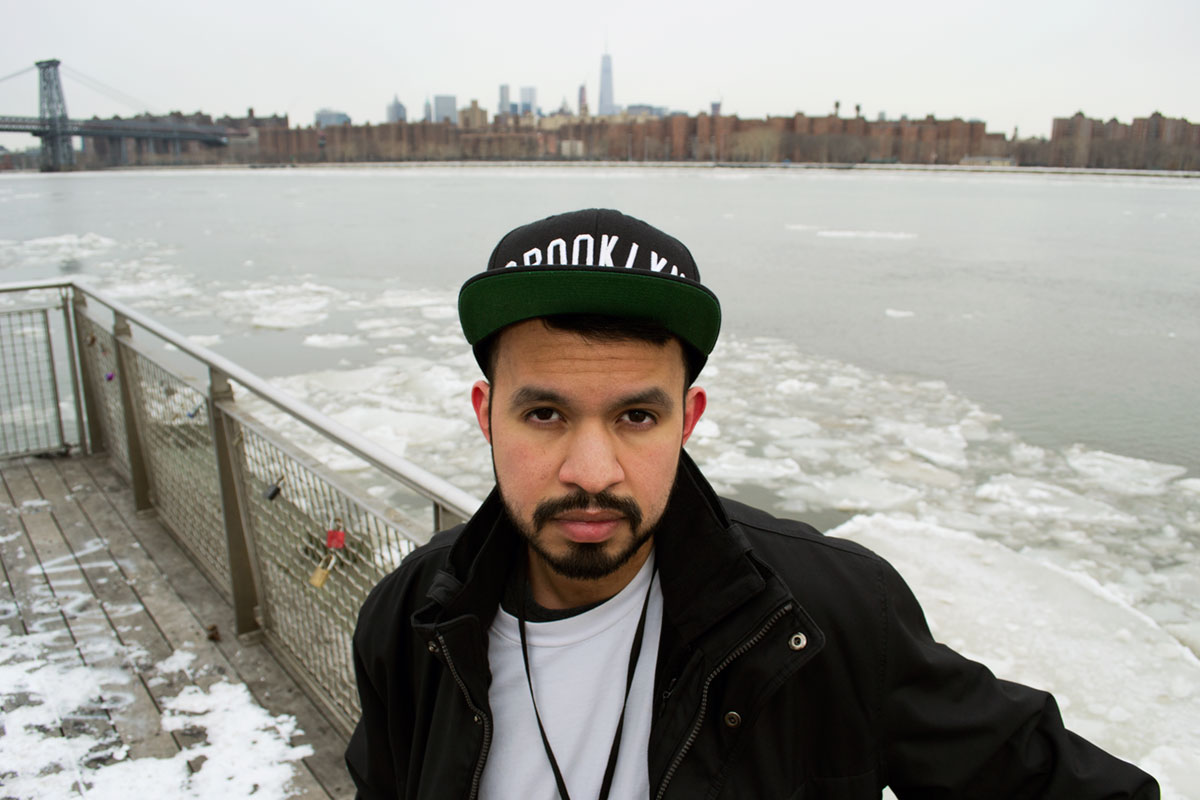 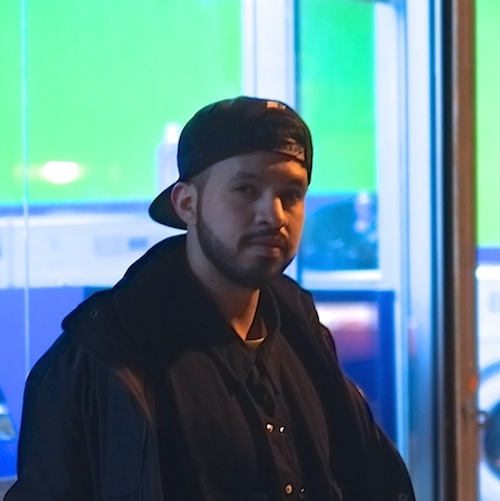 Marco Gomez is a sound artist, music producer, and DJ. He sometimes writes about his personal experiences, nightlife, and the occasional music review. He got his degree in Pharmacy, and refuses to use it. He’s based in Brooklyn, NY.