Around the World in 33 Days Yena Sharma Purmasir traveled around the world – from New York City to London, Oslo, New Delhi, Auckland, and San Francisco. 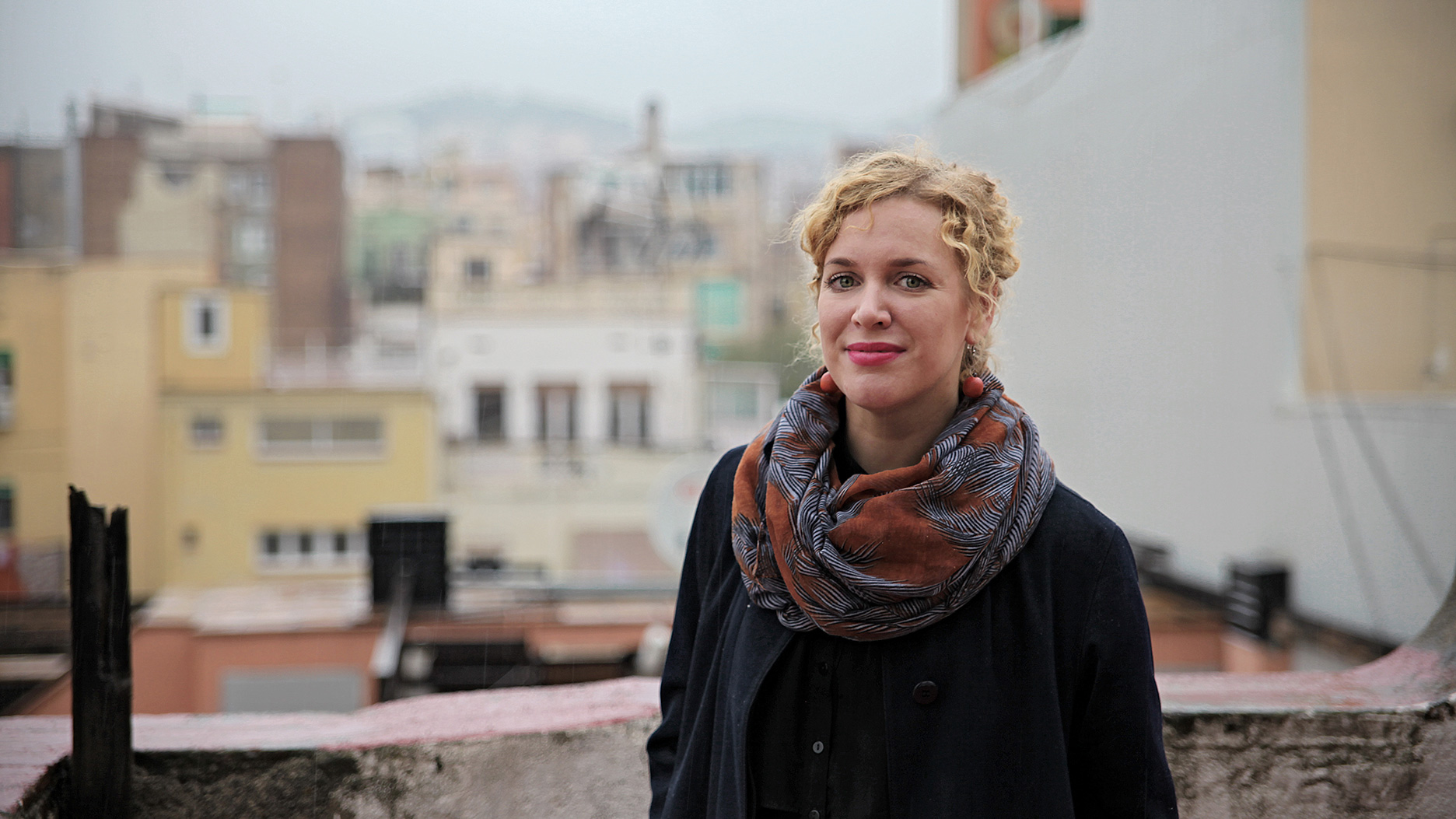 The passionate photographer and journalist who travels the world to document how globalized trade impacts local communities, and the social movements that arise in response.

A Peek Behind the Camera of This Month’s Cover Photo

On the cover this month is a haunting and heartrending picture of a girl reading in the rubble of her home in occupied East Jerusalem. The photographer who snapped the picture is the journalist, photographer, and researcher Kukka Ranta. Ranta is from Finland but has spent a good chunk of her adult life documenting the negative impacts capitalism and international policy have on local economies, and the social movements that emerge in response.

Kukka Ranta has traveled to West Africa to document how industrial overfishing led by the EU and China is leaving local communities in West Africa empty-handed. She has documented the lives of people in Occupied Palestine, and she went to Kazakhstan to cover the aftermath of the government’s violent decimation of an oil worker’s strike. She worked alongside homeless New Yorkers to support a campaign for community land trusts and document homelessness in New York City. While still living in Helsinki, Finland, she co-authored a book about the city’s repressive tactics against graffiti writers, and helped start and defend a social center that was housing Roma escaping poverty and racism both locally and abroad. But now she’s living in Barcelona, Spain. We caught up with her over email to learn more about her work and what gets out of bed in the morning.

How is life in Barcelona, and what are you doing there?

Currently I live in Barcelona. I’m investigating local housing initiatives and social movements  together with my long-running co-worker Mikael Brunila. We’re mainly working with La PAH movement, a movement formed by people who are struggling with crushing mortgages and who are fighting evictions and campaigning for housing rights in about 250 cities around Spain. My work here is part of my PhD investigation, which in turn is part of the Learning in Productive Social Movement project based in the University of Helsinki. 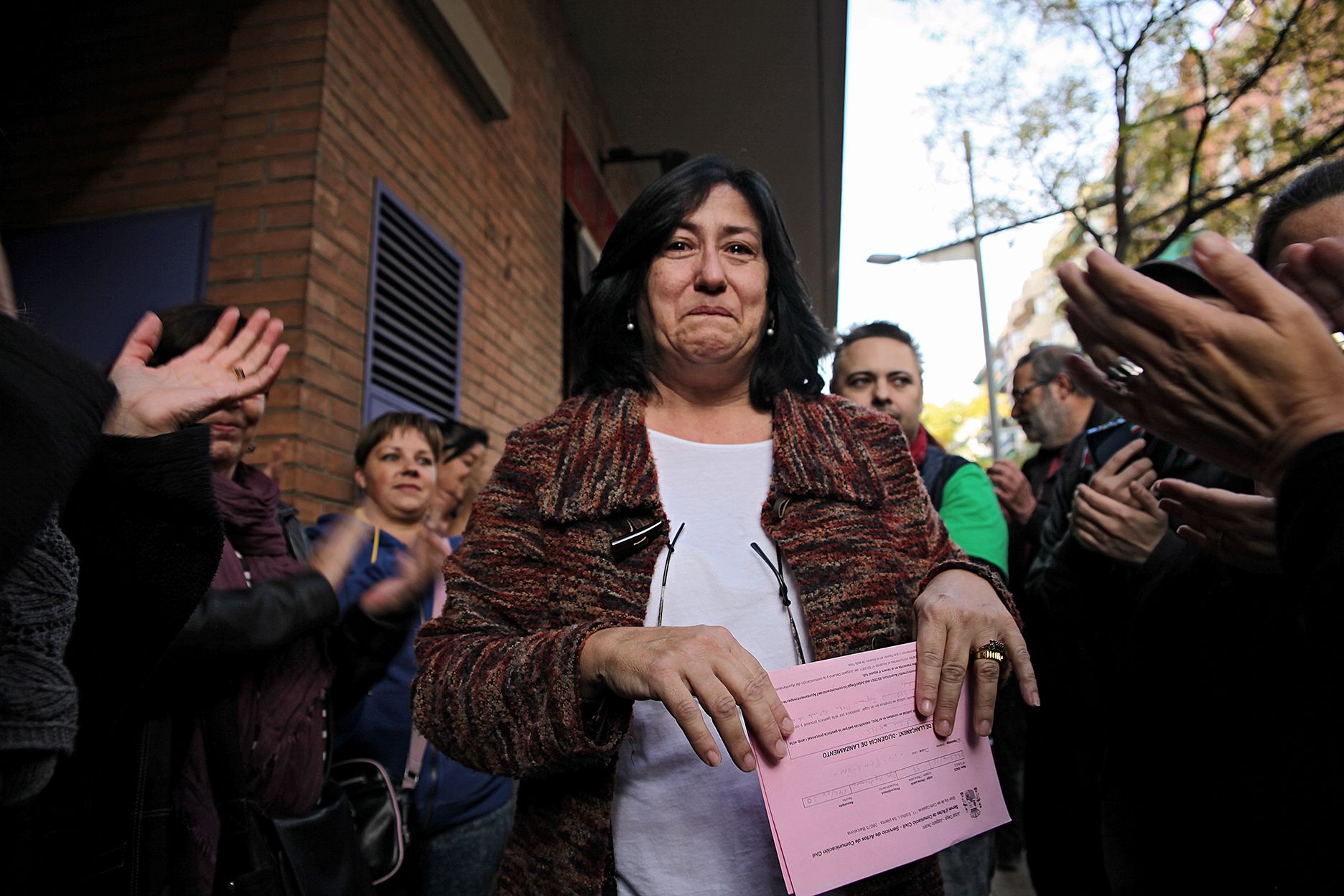 La PAH helped stop the eviction of this woman’s house.

In Helsinki, you’ve been very involved in cultivating and also making visible a culture or resistance and activism – from the book on Helsinki’s Zero-Tolerance policy against graffiti to your work with Social Center Satama and how that overlapped with Roma communities ... How did you first get interested and involved in radical politics/activism/leftist ideas?

I started looking for interesting political circles some ten years ago. I found members of the Free Movement network via my work with Amnesty. They were doing direct actions to stop deportations of immigrants without papers. Over the years that got me involved in several media projects and campaigns on migrant rights, including a housing project at the local social center for Roma escaping poverty and racism all over Europe. At the same time I was also involved in a project that documented violence by private security guards hired by the zero tolerance project against graffiti led by the City of Helsinki. I grew to be a journalist and photographer by doing media work for different movements. 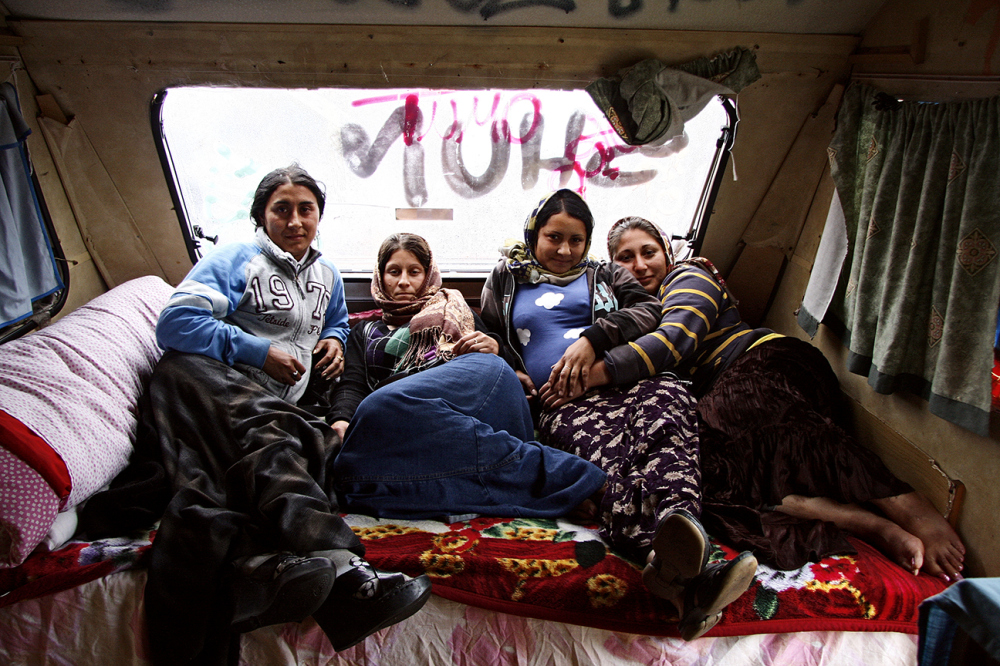 Photo from Kukka Ranta’s reportage “Life in the Roma Camp” 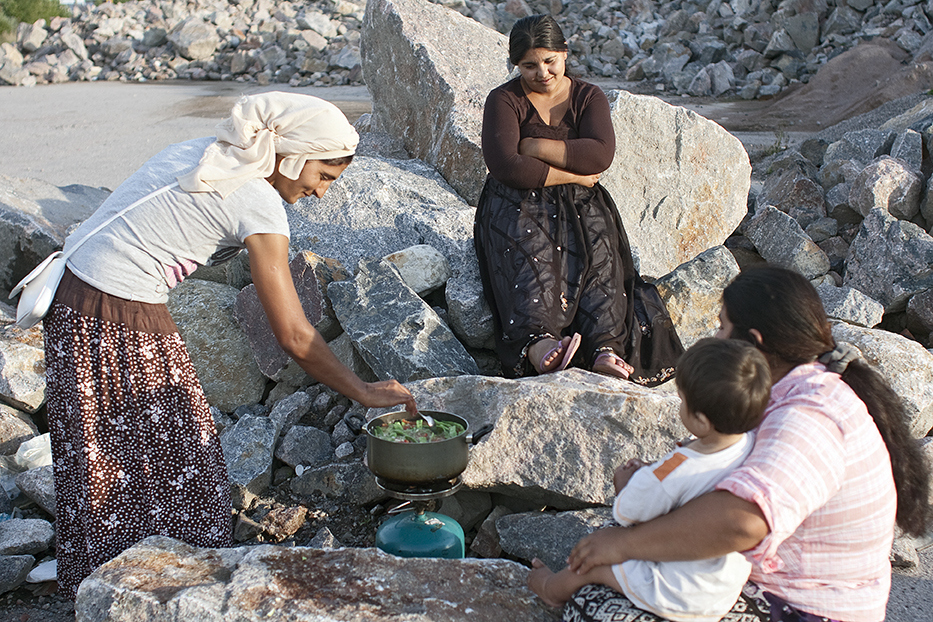 Your work has taken you to Senegal, Palestine, Eastern Europe, Mozambique, Kazakhstan, Latin America, the US... It seems your work is taking your photography and journalism skills to research different ways local communities are being negatively impacted by larger economic and political forces. How did this become your practice and occupation?

I’ve always been very interested in politics and history. Exploitation and power struggles have always existed. Behind every major problem there is the question of who is benefiting from what; local people who are being exploited are experts on the consequences of the excesses of capitalism. During the last 10 years I have combined university studies with journalistic and photographic work, and have used every possible exchange, intern and grant program to be able to travel around the world to learn from different local struggles in the Global South, where most of our natural resources and cheap labor production is located. 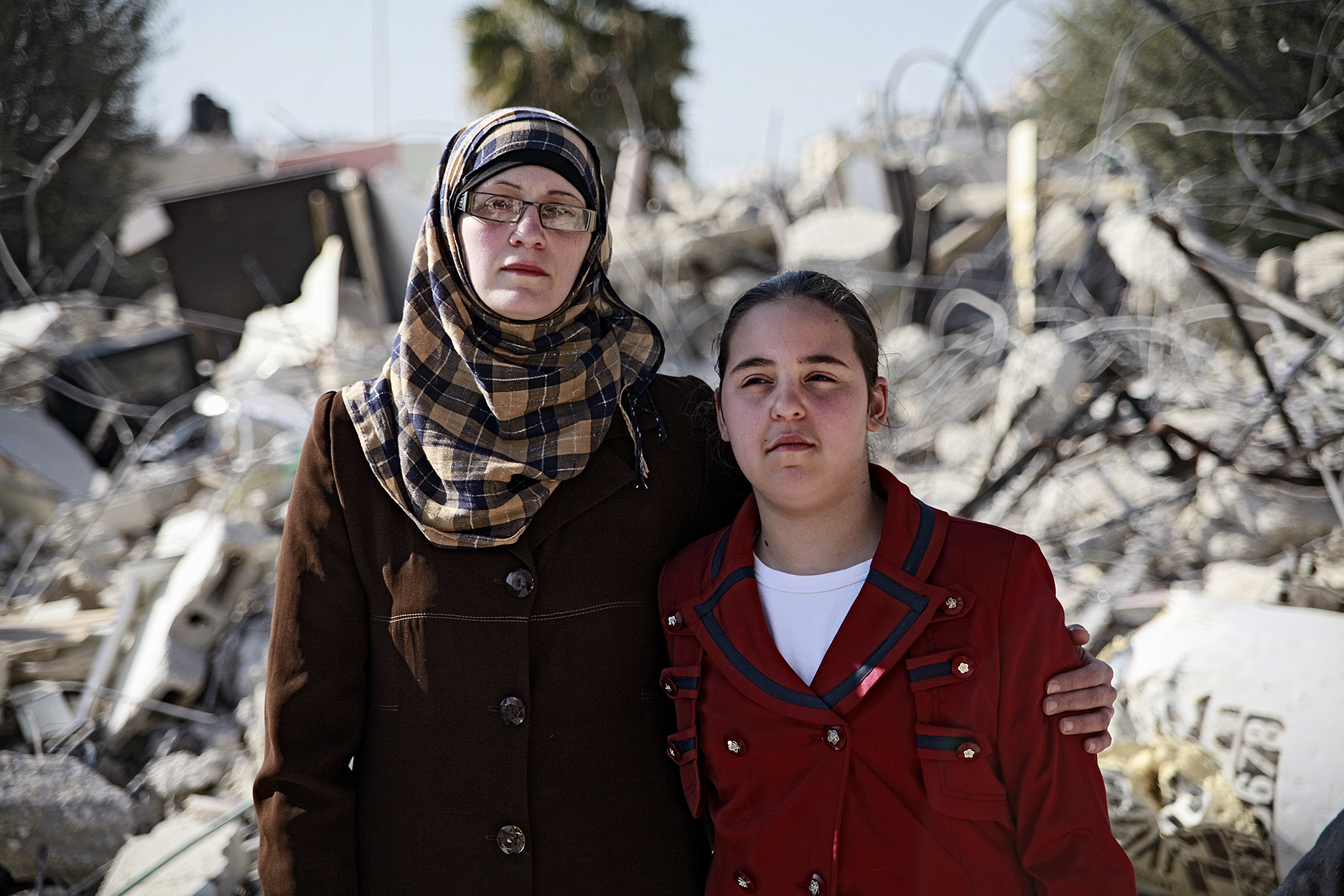 Photo from Kukka Ranta’s reportage “Life Under Occupation” on Palestine. 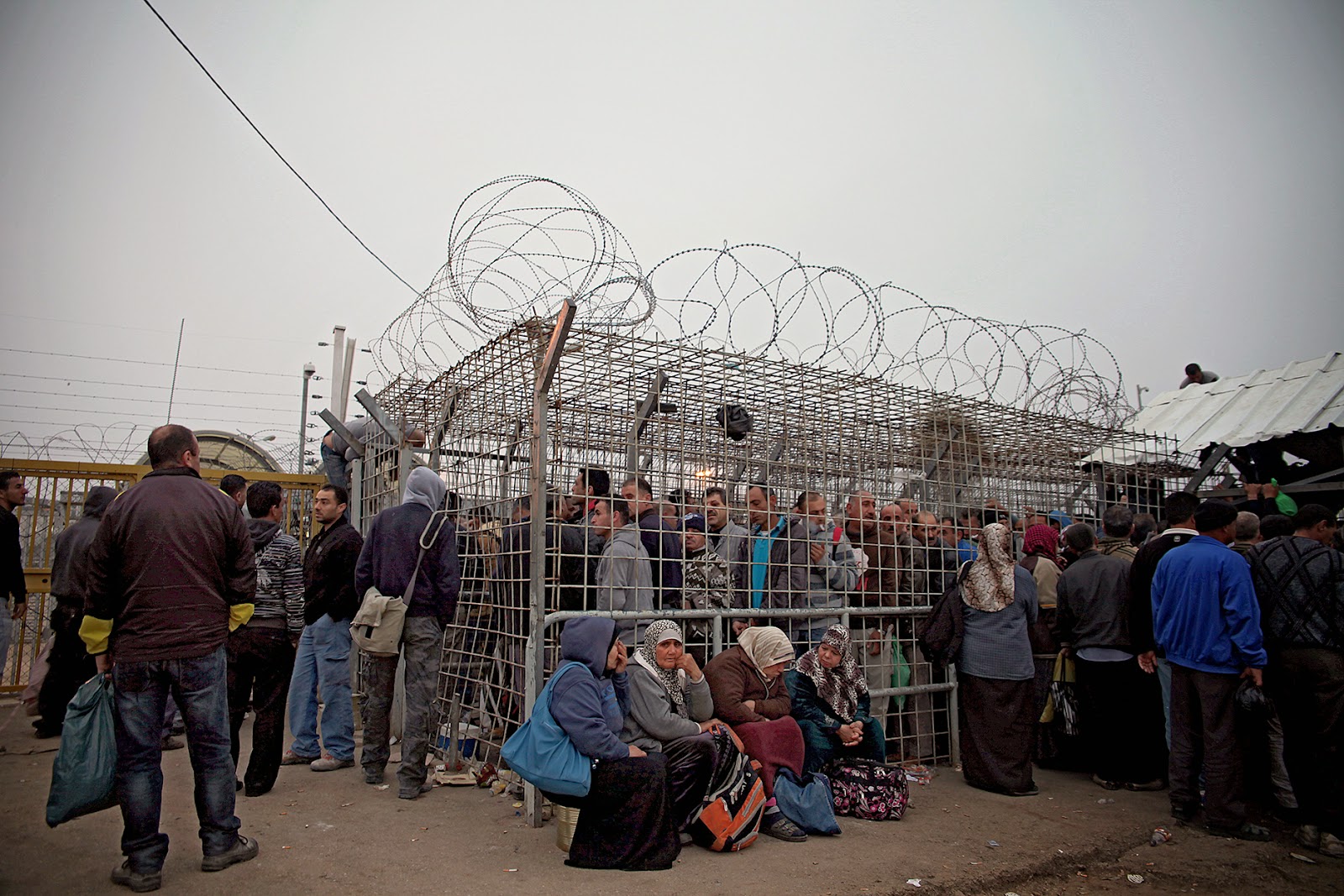 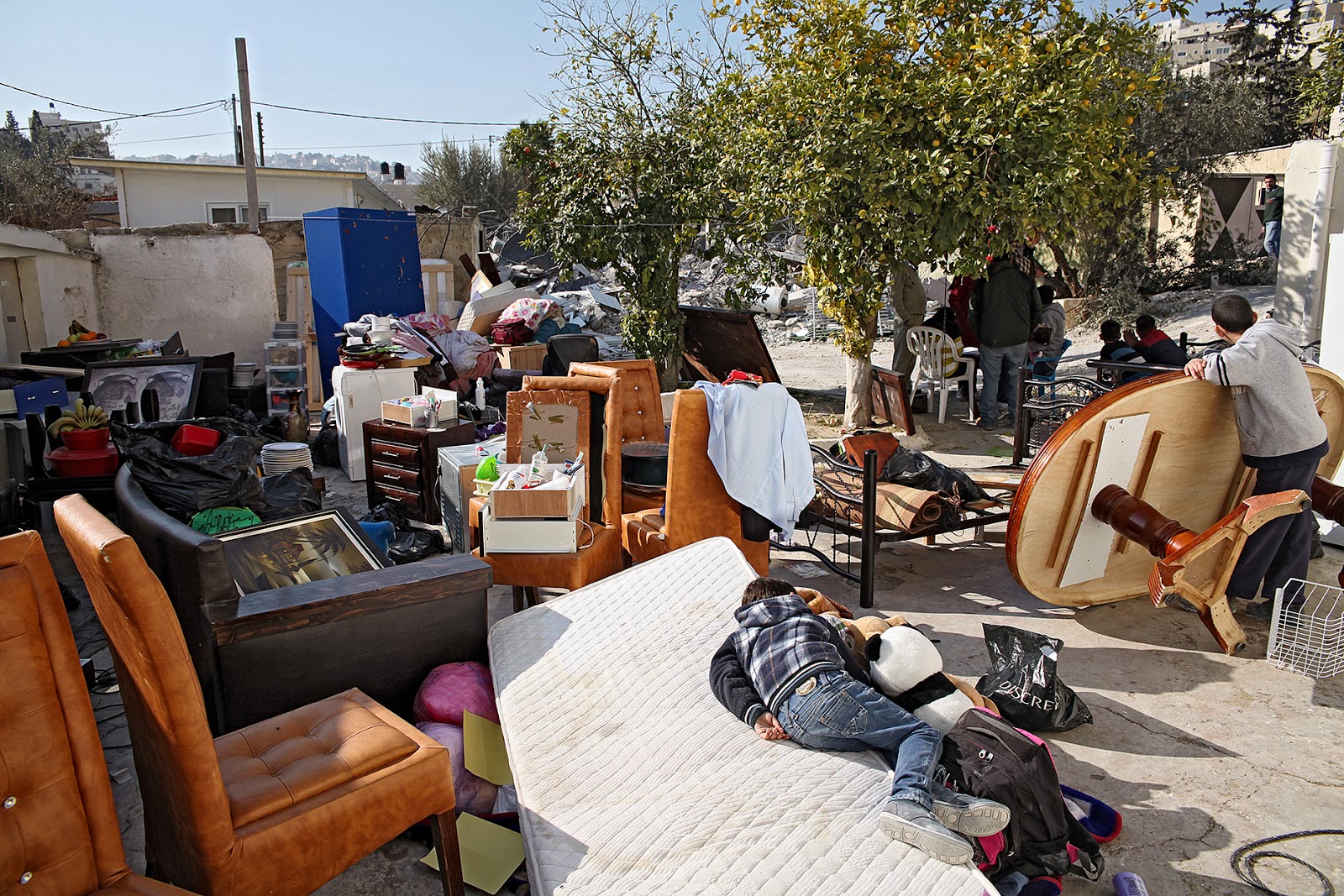 During the past few years, Southern Europe has been facing immense economic and social problems. But in the vacuum created by a lack of resources and infrastructure, initiatives like the ones you’re studying have sprung up. What are some of the most powerful anti-austerity initiatives you know of in Europe right now?

I think the La PAH movement is one of most inspiring current movements in Europe because it is formed by the very people who are victims of the mortgage crisis. At the forefront of the movement are women and migrants mostly from Latin America, and it seems like that is why the demonstrations are so carnivalesque and full of fun in addition to being very powerful, with constant negotiations and occupations of banks in response to the evictions of homes. Every day there are over 200 evictions around Spain, but La PAH has stopped over 1600 evictions so far and accommodated about 2500 people in empty buildings belonging to banks. One of the most inspiring aspects of the movement is a culture of caring – that is the core of the movement. The first thing a person living under debt slavery needs is to be emancipated from shame, and that is possible with the strong support of a big community.

As a journalist and photographer covering conflicts, human rights issues, housing issues, you’ve traveled a lot and met lots of people. Your photos are very heartfelt, it’s obvious that there’s real connection between you – the photographer – and the subject. How do you connect with people, and how do you decide who’s story to tell? Can you share a story about an encounter with someone you interviewed or photographed that was especially memorable, and why?

I do my best to avoid making people into victims. I’m interested in observing how people survive and make their living no matter how harsh their conditions are. It’s important to make visible the structures that are creating inequalities and racism.

First I tend to talk with the people I interview to share ideas and explain the purpose of my work. With every person, the relationship starts with mutual respect and trust. The interviewees also choose me. Some people are too afraid to talk, too busy with work, or leave suddenly to escape approaching police. Others are just too depressed to talk. But mostly people in precarious situations are massively grateful that someone is willing to listen to them and broadcast the injustices they’ve experienced.

I find stories by talking with people and by observing my surroundings, sometimes while working as human rights observer or a citizen inspector, other times by being part of a social movement or while learning about some new topic through my research.

In 2010 I started to work on a photo story about migrant street workers in Spain. After the economic crisis, many lost their jobs in the construction and agricultural sectors and ended up on the streets. I disliked how tourists treated the migrants; I also wanted to understand how much the street workers had to struggle to gain their daily living. After interviewing dozens of coca cola and sunglass vendors, drug dealers and trash collectors, I started hearing the same story over and over: an immigrant without papers living in the streets of Spain used to be a fisherman in Senegal but couldn’t afford to support his family anymore after the collapse of local fish stocks due to massive foreign overfishing, many times done illegally, and mostly by Spanish and Chinese vessels. I started wondering: why is this not being discussed? How are these people arriving in Europe only to be criminalized and imprisoned, and then deported back to their home countries, when what we really need to ask is why people are leaving in the first place? How much of our consumption, and most of all how much of our political decision-making and trade deals are creating poverty and environmental crisis and thereby causing immigration. That investigation has taken me 5 years and is still continuing.

Photo from Kukka Ranta’s reportage on how industrial overfishing is impacting fishers in Senegal. 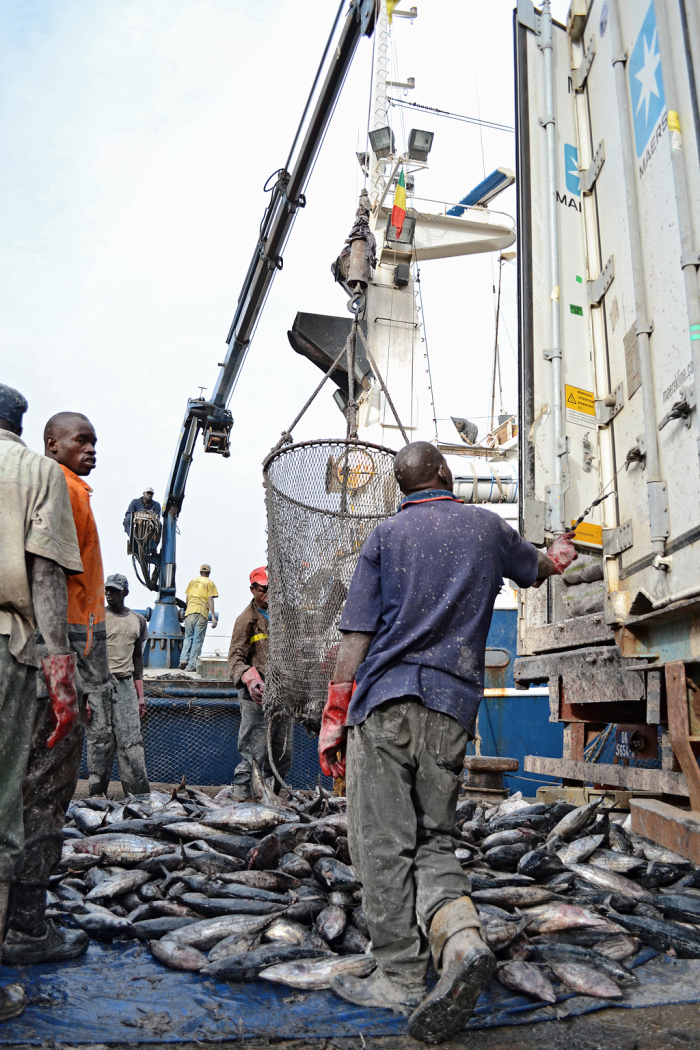 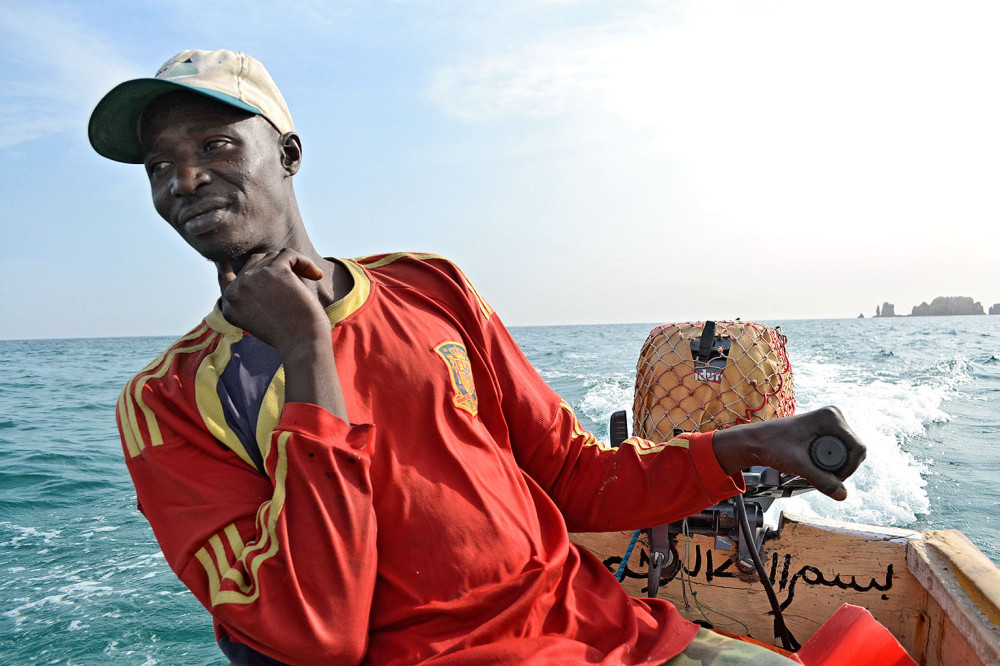 What are some of the challenges you face (ethical, emotional, otherwise) in your work and how do you navigate them?

While working, I like to make sure I have enough time to talk through any ethical concerns with my interviewees and to get a clear picture of any special needs they might have; rule number one is to respect the anonymity of the other person if needed and to do everything to protect that.

Many times I feel that my work is partly that of being a therapist to people who are facing difficulties. You also need to be very aware of your own resources and give time for yourself whenever you need it during a period of hard work, and to be able to talk about what’s going on and admit when you feel that it’s difficult to cope with reality. Participating in human rights observation missions in Palestine and Kazakhstan were the hardest and most challenging experiences for me so far.

I’m a very sensitive person, but that is also one of my best tools for sensing what people are going through. It takes lots of energy to work in crisis areas or areas with emotionally hard issues, like extreme poverty, homelessness, evictions, racism or human rights violations. Normally I just dedicate myself totally to the project and close everything else away for a certain time, because it takes so much and I want to give all I have to the subject to try to completely understand it and feel it. 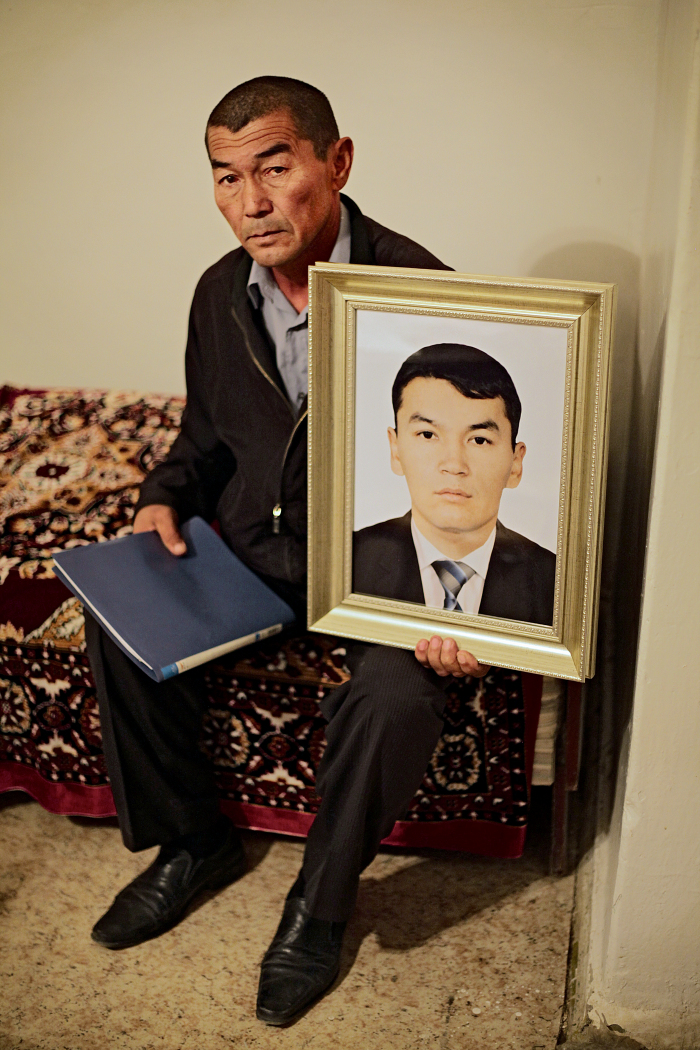 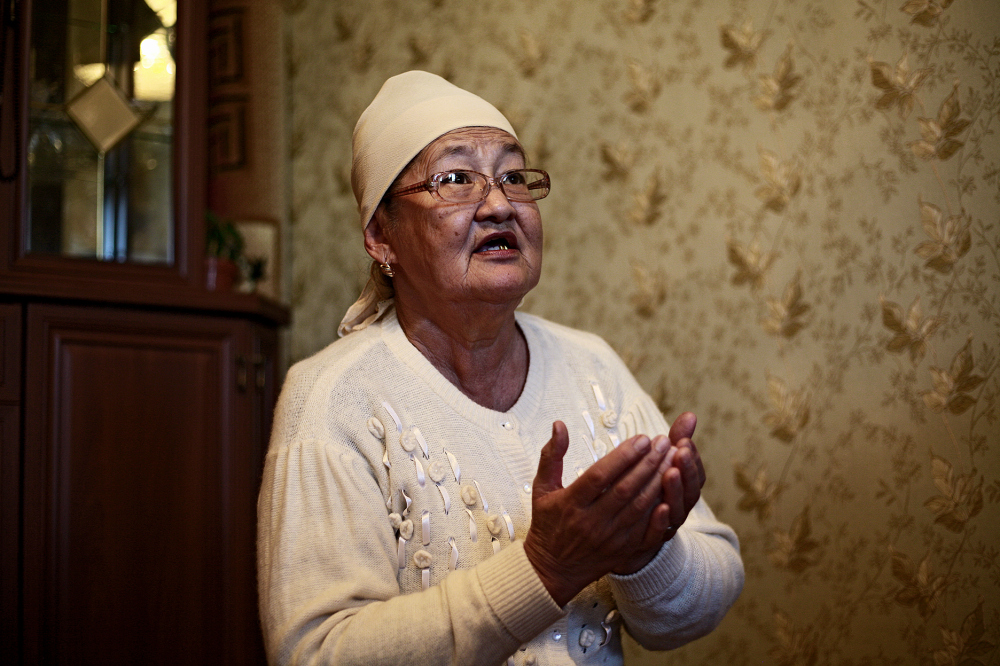 Who are some photographers, journalists, researchers whose work inspires you?

I get inspired by people around me. Many of my friends have dedicated their lives to saving the oceans from illegal overfishing, fighting against Arctic drilling, investigating the growth of  extreme right movements despite constant threats, fighting tirelessly for feminist ideas and welfare politics or organizing locally and creating new spaces and ideas for collaboration. They are my sources of inspiration!