A Postcard from Spain

Horoscopes for March 2018 This is the month we come back to life, personally and collectively.

High Risk “Innocent until proven guilty” continues to be an illusory promise, and Risk Assessment Tools only make it worse. 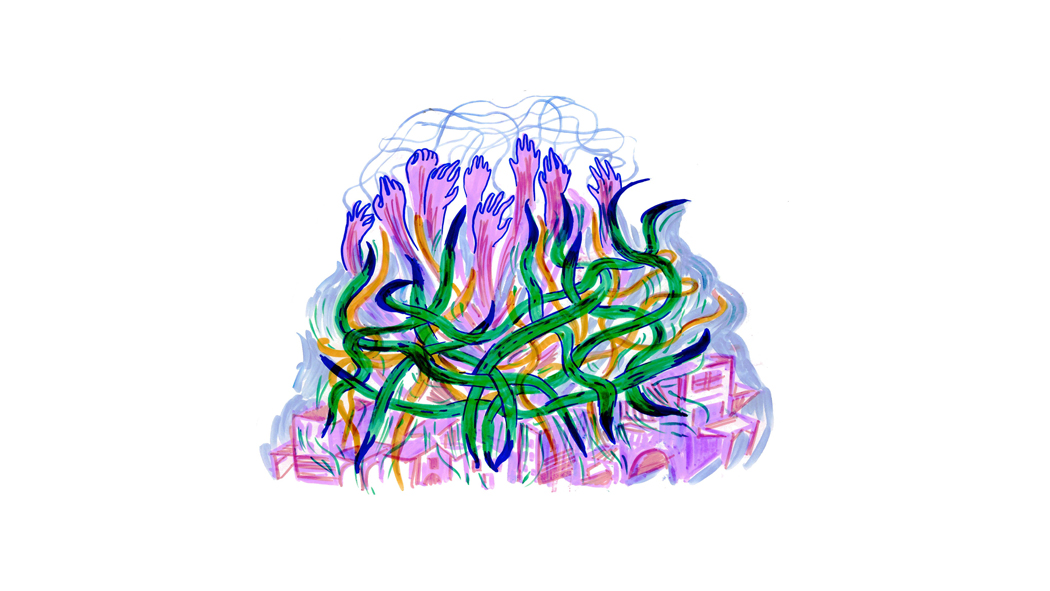 A Postcard from Spain

The autonomous housing rights movement Plataforma de Afectados por la Hipoteca is taking a holistic approach to fighting evictions – one in which the messy, emotional micropolitics of everyday life informs the political strategy. Writing from one of the occupied buildings in Madrid, Lotta Meri Pirita Tenhunen recounts the intricate, daily weavings of collective struggle.

Years before the global financial crisis of 2008 hit the news, the Spanish economic model – based on housing as commodity – was already targeting the popular classes. Decades of skyrocketing increases in real estate pricing and high-risk lending had produced a housing bubble, with millions of people overburdened by debt. As with any lucrative and rapidly growing industry under neoliberalism, the so-called brick boom fuelled a slew of other exploitative practices: corruption, reckless and improper construction projects, and the dismantling of rent protection laws and public housing projects in favor of private property. When the economic crisis hit Spain, many lost their jobs and were unable to pay their mortgages. Banks started evicting people en masse. It was in response to this that the Platform for People Affected by Mortgages, Plataforma de Afectados por la Hipoteca or PAH, first formed – to resist evictions and fight for housing rights in Spain.

Almost ten years later, the movement comprises more than 250 nodes. I share a life and a struggle with those who form the node in Vallecas, a migrant and working-class neighborhood deteriorated by speculation and poverty in southeast Madrid. What follows is a series of notes that captures one side of the movement’s story, like a postcard of its daily weavings. Written in one of the buildings recovered by PAH from the hands of the banks, they speak of the menacing decade that followed after the brick boom landed the economy in a crash and forced society to pay. The view being always partial, it is inevitably clouded, yet the point of focus is shared. I believe there can be immense clarity in this tangle of common effort. What is common here is a group, a part of the PAH network. What is at stake as the landscape of exploitation changes, is the continuity of our collectively found autonomy.

Last spring ended with a fatalistic notion: they had caught on to our game. Suddenly there was no more stopping the house evictions. The Spanish judicial system, the theater of representational politics, and the media machine all worked in harmony to facilitate the banks’ new assault on us, catering to the Euro-national fiction called ‘Spain’s economic recovery.’ The state-rescued Bankia executed six evictions in the month of May, leaving 21 members of the group homeless: we were broken and beat. At the same time one comrade after another was lost into the unrelenting schedule of shit jobs – working three jobs meant you no longer had time to organize, but maybe you’d be able to pay rent. Maybe. Vallecas is the poorest barrio in Madrid, yet tops statistics on rising rental prices.

Many of the landlords were the same shitheads we had fought during the last five years to get abusive mortgages annulled and social rent contracts1 signed for what had become our homes through occupation. If we were occupying, they evicted us to have the flats rented out through fresh agencies. If we had reached the status of tenant through collective struggle and signed a social rent contract, they wanted us out so that they could raise the rent. Some of these inquilinos had barely recovered from the previous cycle of struggles. Vulture funds such as Blackstone, the giant of global capital owned by an infamous duo who worked together at Lehman Brothers, had gotten away with a historic pillage. With the government-backed bad bank SAREB desperate to get its hands clean of the toxic assets, Blackstone had seized chunks of housing in cities and along beaches for close to nothing. And during their term in office, the corrupt People’s Party let Blackstone and their friends feast on Madrid’s social housing projects, too.

So the autumn semester kicked off with a worrisome plenary session that concluded with an endless to-do-list for the future. To reinvent ourselves as a tenant’s (as opposed to mortgage defaulter’s) union had been on the tip of everyone’s tongue for two years. The moment was ripe: we had gone through enough losses to start a transformation. Before that, though, we needed half a year on intensive collective care. You see, we’d started to see each other as caricatures of our worst tics. I couldn’t stand how Joshua detailed the situation as if we were all babies; Joshua stated that I acted like a headless chicken in my worrying; Jenny rushed into the quarrel to propose that we shut the group down and do something else altogether; Danny blamed Julia of wanting to police the other members; and so on, and so on. So the strategy, for now became micropolitics first. Shutting down campaigning and listening to each other, we remembered we were a community not only of sorrow and suffering. In the relative peace of my occupied home I read Guattari to my calm my transitional worries. His words reminded me that when a group goes nuts or falls into a collective depression, the crisis can become a point of joyful divergence, a possibility for diagnosing the blockages of the desiring machine and for finding a way into new becomings.

The group had seven years of struggle on its shoulders, and was about to change through yet another crisis to face the next speculative bubble of rental property. Before setting foot in the new landscape we conducted a certain inventory of our baggage. What we already had, besides our worries, was a handful of housing units expropriated from the banks: four buildings and a dozen of individual flats. This was and is the material resource that sustains our community – it means for me exactly what Anna Tsing describes in her book The Mushroom at the End of the World as a possibility of life in the capitalist ruins. She speaks of a fungi whose life depends on a pine tree – and I entertained the idea that as a group, we, the humans of PAH, expressed the same level of complex difference. Living in a state of distress, we too witnessed a surfacing of “[u]nexpected liveliness and the contaminated and nondeterministic, unfinished, ongoing practices of living in the ruins.” I doubt there are wild mushrooms in southern Madrid, but life still opens new paths in the post-war scenery of a mortgage bubble that burst a decade ago. Now, in the midst of unemployment and straight up poverty, only some can afford to rent and very few a mortgage. So we are all familiar with the fact that survival means taking and occupying space. But it is one thing to live by yourself in an occupied flat, scared of the cops coming to kick the door in, and it is quite another matter to be building communities of struggle together in collectively recovered bank property. The latter meant being prepared and unapologetic as hell.

Some days are better than others. When it’s bad, we tell each other stories: ramblings, jokes, sob stories. Together, our stories provide a narrative for why we ended up here and give proper nouns to each difference. Our differences prompt us to exceed our pettiness: to empathize, to come closer, yet also to learn to keep a distance that respects the space and pace the other requires. Each one of us and all together, we are processes of wounded flourishing. The stories we tell from within our singular process bind us together into a wider one of collaborative survival. Whether it succeeds of fails depends on the strength of our stories, those brilliant threads, lifelines woven into a protective fabric.

This is a preview of one of our feature articles, the other 56% of this is available to subscribers. 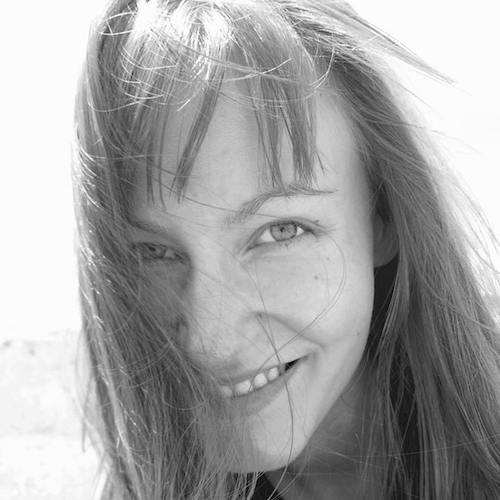 Lotta Meri Pirita Tenhunen is still learning to breathe while weaving feminist worldings in the housing struggle, reaching out to others with love and rage.