Learning to Die in Athos

From Ex-Partner to Best Friend in 8 Steps The world is too cruel to cut each other out completely.

The Poetics of Self-Defense Tongo Eisen-Martin’s Heaven Is All Goodbyes reads like a volatile bus ride through San Francisco. 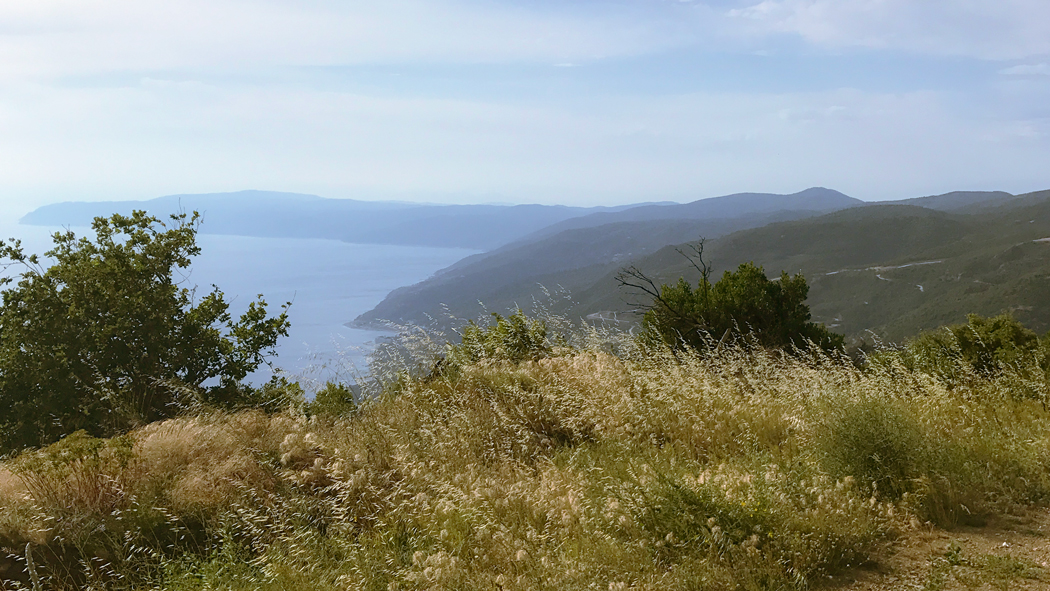 Learning to Die in Athos

Desperate for change, Niko Maragos pilgrims to an isolated monastery in Greece, and waits for divine intervention.

I made it look spontaneous when I quit my job and left New York on a one-way ticket to Greece, earlier this year. In an email to my closest colleagues on my last day at work, I wrote the unfortunate, “I’m going full Julia Roberts in Eat, Pray, Love,” to cast my decision in the familiar light of millennial wanderlust. People liked that, and in emailed responses and rushed goodbyes, they acclaimed my plans to explore my heritage, see the world, and live my best life. To live such a life was, after all, the reason I gave them for leaving. What I didn’t tell them was that I was going to Greece to die.

If I didn’t die there, then at the very least I was intent on returning from Greece knowing how and why I should continue to live. For months, I had been wavering between snuffing myself out or surviving, starting when my now-former boyfriend physically abused me in late 2016, sending our relationship into a fatal tailspin. The abuse added to a persistent self-hate I’d left unmanaged during the relationship, and the abrupt ending of the year-long first love disrupted the order of things in my universe.

I thought I’d done everything right; I’d erased all those parts of me I knew were ugly and endeavored to be the best partner I could, even going so far as to excuse his attacks as acceptable aggression between men (they weren’t). I began to think that perhaps I was just bad and badly made. He had told me as much, anyway, in a version of what I didn’t yet know was the abuser’s refrain, look what you made me do. In the ensuing months, even after he left, I continued to erase myself, my dreams, my imagination, my ideas about who I was or would be. I erased so energetically that by late spring all that was left to exterminate was my body itself. To that end, I asked the universe to bring me into harm’s way and blithely binged on boys and benzodiazepines, because why should I bother grinning and bearing? I’d done that and been disposed of.

I didn’t want to destroy myself; I just didn’t mind if something else tried to and succeeded. No matter what, I still loved the world and believed in its goodness and couldn’t willfully rip myself out of it. But what was I staying for? If I had brought out the worst in the man I thought loved me, I felt certain I would bring out the worst in the rest of the world, too. So, even as I beckoned bodily harm, I also begged a higher power to help me be in the world without being part of it, to be invisible but indwelling. Would God show me a way to do that? Would he help me find a way to stay?

Seeking intercession, I began burying myself in my ancestral Greek Orthodox Christian religion, the sensorial richness of which circumvented my brain and coursed straight into my heart. Its scripted prayers put words in my mouth and stirred up the voice I’d lost; its schedule of fasting and services structured time and space I could no longer navigate. Paradoxically, Orthodoxy activated the body I hated and used it to buttress my crumbling identity; it built me back up on the bedrock of images, sounds, and symbolic gestures that had been buried in my body since the Sundays of gilded smoke I sat through in my early childhood.

But I was still dangerously unstable. I was convinced real fortification would come only via a sign from God to confirm he wanted me to stay alive, and wisdom to know how to do it. I believed I could find both in Greece, specifically in the isolated and untouched “monastic republic” of Mount Athos, the sacred heart of Orthodox spirituality.

The easternmost prong of the Chalkidiki peninsula, which tridents down from Greek Macedonia into the northeastern Aegean, the Holy Mountain of Athos is perhaps the holiest Orthodox place in the world outside of Israel. According to sacred tradition, the Virgin Mary, the Mother of God (adored by Greek-speaking Orthodox as Panagia, literally “All-Holy One,” but equivalent to “Our Lady”) was fortuitously marooned on the Athos peninsula around 49 A.D., for reasons the Holy Spirit has apparently neglected to disclose.

One story contends a supernatural storm shifted her Cyprus-bound voyage to Athos; another, that the archangel Michael assigned it as her evangelical territory, as it were. Village grandmothers, I’m sure, have other takes on the tale, too. Regardless, we have no substantive explanation as to why the Mother of God made this place, in all of the universe, her holy garden, and we have no evidence her arrival there ever even happened. But, as with many unresolved and occasionally contradictory concepts in Orthodox tradition, the divergent threads are spooled along the sturdy rod of mysteria (“secret” or “hidden” and also the Orthodox term for “sacrament”), ends left hanging loose.

This is a preview of one of our feature articles, the other 76% of this is available to subscribers. 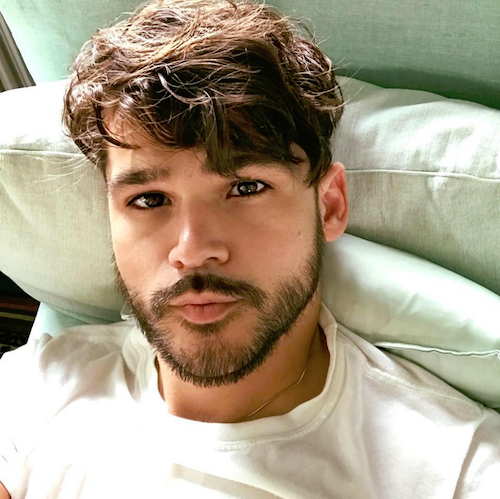 Niko Maragos is a freelance writer from Pittsburgh by way of Florida. He is steely and sunny in equal measure, and is now based in NYC.