A Roundtable on Beauty Aiden Arata, Amanda Choo Quan, and Leah Clancy hash out the art and lies of looking hot.

Not That Innocent From Britney Spears to The Craft, the sexy Catholic schoolgirl is everywhere. What’s her appeal? 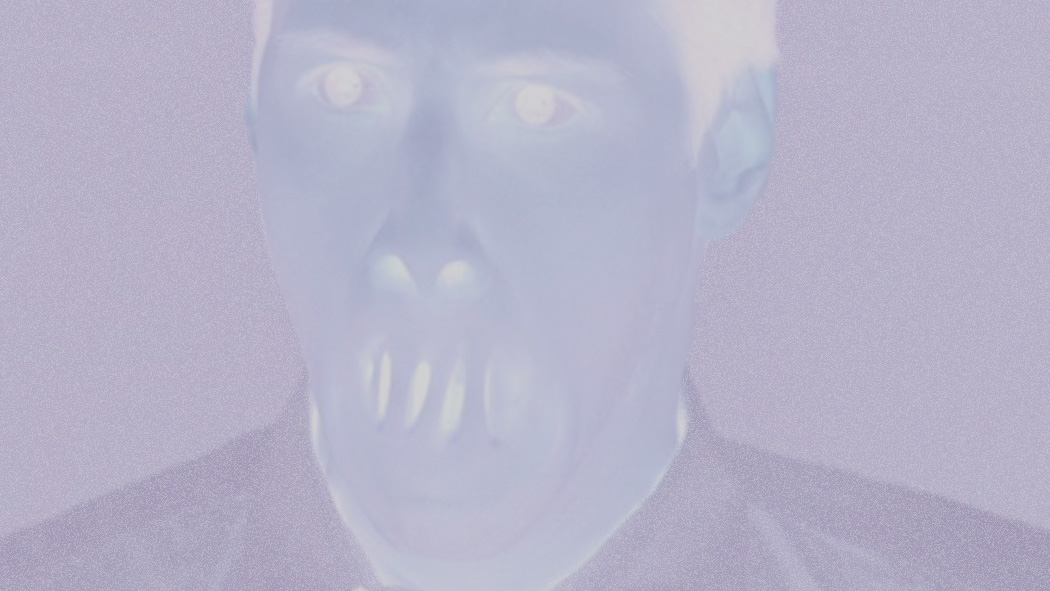 Companies like Walmart and Humanyze are encroaching on their employees’ bodies with RFID-chip implants, badges that record audio and movement, and “self-improvement” health campaigns. How far is too far?

In the technology industry, corporeal manipulation is a rite of passage. Fledgling startup founders tote bottles of open-source future-smoothies to exempt themselves from the time-wasting ritual of the lunch break. They convince themselves that intermittent fasting and geometric nootropic pellets will stimulate their mental faculties. As self-proclaimed “biohackers,” they purport to treat their bodies as computers – machines that require inputs in order to generate outputs.

The greatest exemplar of a company manifesting this worldview is, perhaps, HVMN, formerly known as Nootrobox. With products like chewable coffee cubes, krill-infused Omega-3 supplements, and capsules containing “cognition-enhancing” herbs, the company peddles the Silicon-Valley-endemic philosophy that humans are systems who, like machines, require upgrades and optimizations to reach their full potential.

Under such an ambitious premise, HVMN doesn’t fashion itself merely a business, but rather a pillar of the biohacking subculture of tech’s upper crust. In 2016, its founders boasted to QZ that its staff participated in weekly fasts ranging from 36 to 60 hours, a gambit to achieve mental clarity and heightened productivity. The company’s website offers a biohacker guide, rife with apocryphal advice on the benefits of food abstinence, hosts a “human enhancement” podcast, and organizes WeFast, an “online community of biohackers and fasters.”

HVMN targets and represents those Silicon Valley seekers of fame and fortune who’ve come to define “human enhancement” as optimization of one’s ability to work, for as long as possible. In its eagerness to test the boundaries of the human body in the name of “crushing it” professionally, HVMN styles itself a resource for enterprising fraternity alumni, who work 16-hour days in pursuit of joining the ranks of the tech industry’s nouveau riche. These select workers – startup founders and tech professionals whose salary packages include capital entitlements in the form of annual bonuses and equity – eagerly comply with the new paradigm. For them, higher productivity means stronger dominion over their respective staffs and markets, means higher financial reward. Together, the startup elite and the companies that enable them promote performative devotion to one’s career.

Yet, while the Valley acolytes voluntarily reboot their bodies in pursuit of seven- or eight-figure salaries, workers placed lower in the socio-corporate pecking order face far more invasive, paternalistic forms of bodily control – with no such promise of flush autonomy.

In 2007, the hypermarket chain Walmart introduced the “Personal Sustainability Project,” a nationwide “self-improvement” program for employees. Likely an attempt to rehabilitate the retail giant’s abysmal image, prevent workers from calling in sick, and hedge healthcare costs, the campaign included biweekly aerobics classes, daily walks around the store’s perimeter, and reminders that quitting smoking saves an average of $1,500 a year. Among the pledges workers made, according to The New York Times: “to stop eating fast food, switch to nontoxic cleaning supplies, prepare two organic meals a week, and stretch five mornings a week.”

Naturally, Walmart garnered plaudits from pro-business cheerleaders like the Clinton Foundation and Fast Company. As the Times noted, companies that employed members of the blue-collar precariat had historically been far less interested in the employee fitness initiatives of their white-collar counterparts. Walmart was thus seen as a benevolent renegade, bucking tradition for the good of its workers. This favorability blossomed further in 2010, when the company rechristened the project as the more intimate My Sustainability Plan (MSP), shortly after it had revealed plans to ask all employees to “pledge” to improve their health.

What the above accolades elide, though, is Walmart’s use of the program to outsource the cost of labor reproduction to its workers. By February, 2016, the average hourly wage for full-time Walmart employees was a mere $13.38; for part-time employees, $10.58. Both, lower than the national median of $14.32 for retail workers at the time, scarcely finance rent, bills, and other immediate costs of survival – if at all – let alone a balanced, high-quality diet; a gym membership; and health insurance. (Premiums for the latter soared by up to 36 percent in 2012, coercing some workers into abandoning coverage entirely.)

Instead of addressing its employees’ entitlement to a living wage, or perhaps that their abrasive work conditions might be the greatest assault on their wellbeing, Walmart propagandized its workers. With the same contrived geniality as its smiling green logo, Walmart imparted upon its laborers that their bodies and their time weren’t their own; rather, they were quantifiable instruments of their employer’s latest PR scheme. By company dictates, a loyal Walmart worker stretches before their shift, smiles for the NBC News camera, allows their employer to monitor their weight loss for the quarterly sustainability report, and, in the process, foots the bill, all with unending gratitude to their employer’s latest attempt to showcase marketable goodwill to shareholders.

Since MSP, corporate somatic intrusions have grown grimmer. In the latter half of 2016, Boston-based “people analytics” company Humanyze announced its latest development: a lanyard-attached badge to track employees’ vocal and spatial workplace interactions. The badge, equipped with two microphones and motion sensors, is designed to monitor and identify location, extent of physical movement, and voice frequency in order to, among other functions, measure the degree to which employees contribute in meetings or determine which employees converse with each other. According to a fawning Washington Post article, the company has sold the badges to a number of Fortune 2000 companies. It also may find clients, the Post intimated, in Bank of America and JPMorgan Chase, which have “had discussions ... about systems that monitor worker emotions to boost performance and compliance.”

At the time of the Post story, Humanyze claimed employee participation was voluntary, lest some workers balk at the idea of such a sophisticated invasion of privacy. Yet, if the company’s  newfound patronage is any indication, it’s not difficult to imagine its clients’ gradual, deliberate campaigns to convince their workers to consign themselves to the almighty badge: feel-good fitness-tracking competitions, selective bonuses and promotions, and the unspoken threat of termination for anyone who fails to be a “team player.” In this dreary hypothetical, ploys to determine when, where, and to whom those employees speak in the name of maximizing sales are sure to follow.

Under the yoke of Humanyze’s technology, workers are merely dronish, modular units of productivity. (Were Humanyze’s effects less bleak, the irony of its name – sinister Y and all – might be a bit more delicious.) The badge’s purpose, according to CEO Ben Waber, is to harvest data that parses trends: what kinds of behaviors occur at high-performing bank branches, for example, versus those at less lucrative locations. With no real effort to obtain workers’ input, Humanyze allows companies to surveil their bodies’ patterns and convert that data into profit (while it does the same) – the benefits of which workers are increasingly unlikely to reap. By simply reporting to work, employees of Humanyze’d companies are coerced not only into handing over eight hours of their day, but also their physical and vocal agency, all for the enrichment of the corporate-headquartered goons who’d oust them at the drop of a hat.

While Humanyze’s Orwellian badges appear thoroughly encroaching, Three Square Market transgresses even further. In the summer of 2017, the River Falls, Wisconsin-based company began to implant small radio-frequency identification (RFID) microchips, manufactured by the aptly named Swedish company Biohax International, in the fleshy webs between the thumbs and forefingers of its employees’ hands. The chips’ ostensible function: to allow workers to open doors, unlock computers, and pay for goods. Three Square Market, which outfits offices with vending machines, “offered” the chips to all of its employees, distributing t-shirts reading “I GOT CHIPPED!” to commemorate the occasion.

The immediate business incentive, it would seem, is to encourage employees to spend more on their own company’s products via a fluid purchasing process: Why use such cumbersome material barriers to entry as wallets, credit cards, and cash when you can pay with a tap of your hand? (Such cash- and card-free payment methods as Apple Pay and Google Wallet were designed, in large part, to stimulate spending.) Fleshly installation is perhaps simply their logical next step.

Still, graver consequences are nigh. RFID chips raise significant privacy issues; a notoriously insecure technology, they can be harnessed to identify unwitting people at a distance. Schools have installed them in student IDs to track those students’ whereabouts; the Bush administration lobbied for RFID implants in passports and in border-crossing documents to target undocumented immigrants. To an even greater degree than the “wellness” programs and data-disseminating badges that have preceded it, the microchip offers a glimpse into 21st-century corporate totalitarianism: an imperceptible, high-tech device that renders its carriers 24-hour machines, producing profitable data and labor for employers.

While bodily experimentation is an inspiring lark for the technocapitalist, corporate control of the lower-tier worker’s body is a cruel exercise in subterfuge. It disguises profit-centered paternalism as benevolent self-help guides and productivity-enhancing technologies. It offers self-improvement, convenience, intrigue, and community as perks of participating, while foreclosing other options by creating a noxious dichotomy between those who comply and those who resist. It marks the next frontier in the executive colonization of the office or retail employee, the latest iteration in the storied American tradition of tethering people to their jobs and convincing them they should be grateful.

Above all, however, it lays bare the late-stage capitalist’s expectations of a laborer: an indefatigable producer who needs neither breaks, nor food, nor benefits; who operates at minimal cost; who accepts the use of tracking devices; and who leverages intrusive technology to enhance productivity, all without challenging company dogma. In simpler terms, it fashions humans into robots, rendering their cyborgian forms transitional expedients for a churning, automated workforce.

The future corporations like Walmart, Humanyze, and Three Square Market envision is private tyranny writ large. Unlike the self-styled entrepreneurs of Silicon Valley, workers who rank lower in business hierarchies can’t afford to treat work-motivated bodily alteration as  performance – especially when their livelihood depends on it. At such a horrific point in the state of labor in America, the question of dismantling corporate authoritarianism can’t be a matter of if, but when. 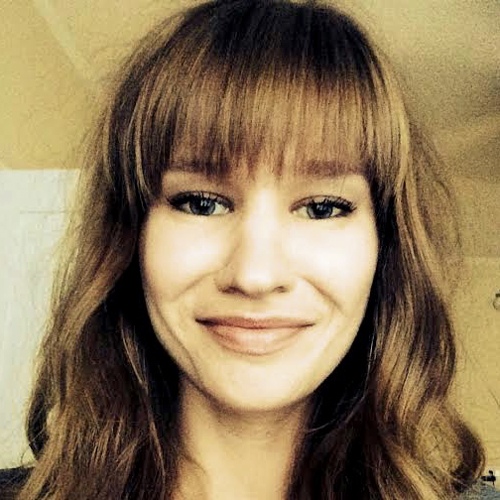 Julianne Tveten writes about the technology industry's relationship with socioeconomics and culture. Her work has appeared in The Baffler, Current Affairs, In These Times, Hazlitt, Truthout, and elsewhere.