Not That Innocent: The Sexy Catholic Schoolgirl

Our Bosses, Ourselves RFID-chip implants, badges with microphones and motion sensors ... How far is too far?

Too Hype Too Early DJ Sissy Elliott on traveling the country as Mykki Blanco’s tour DJ. 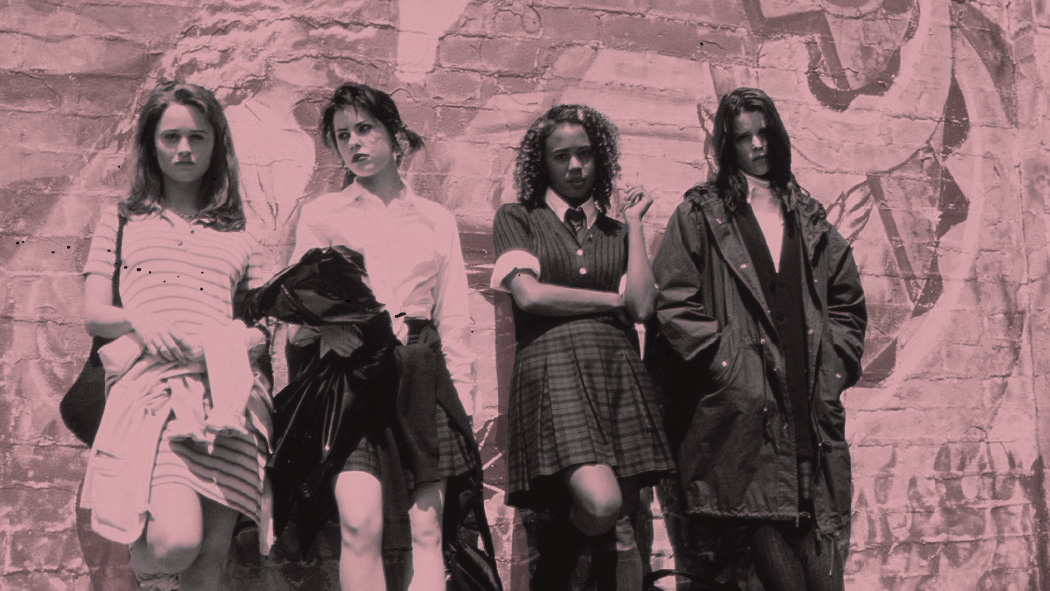 The Sexy Catholic Schoolgirl embodies a paradox; she’s confident, but sweet; sexually captivating, but dangerous. In other words, who wouldn’t want to be her?

She saunters down the corridor in slow-mo – crowds parting not at her behest, but as unwitting byproducts of a spiritual marvel. Her hips undulate beneath the telltale swish-swish of her kilt. It’s hemmed a bit high for Christ: a swath of peachy skin bisects the cotton and wool sheaths of white knee socks and pleated skirt. Perhaps, if she’s living dangerously, there’s a blush of cleavage creeping from her white oxford shirt – accessorized with suspenders and a black velvet choker if she decides to fully flout the dress code.

Of course you know her: the Sexy Catholic Schoolgirl. I know her too, if only in the abstract. She’s a mainstay of my teenage fantasies, inhabiting the gulf between aspirational and erotic. And as I came of age, she materialized everywhere: Britney Spears in her 1998 music video for “…Baby One More Time,” lovesome overachiever Corey (Liv Tyler) from Empire Records (1995), the coven from The Craft (1996), even Cher (Alicia Silverstone) from Clueless (1995) and the Heathers (1989) appropriated blazers and tartan in the curation of their fashion-forward wardrobes. Madonna, too, has appropriated the look on multiple occasions, including during her Drowned World Tour in 2001. I longed to recreate these cheeky variations of the vestal ensemble, to shorten the hemline of a kilt with Scotch tape, to pair it with fishnets, and a Radiohead T-shirt barely concealed by a white button-down. Yet, too meek to attempt this look at my own high school – littered as it was with Express’s polyester floral skirts, macro-aggressive Abercrombie tees, and Volcom hoodies – I abided by the unofficial dress code and only dreamed of plaid miniskirts and saddle shoes.

What made her so potent, this scholastic siren, and why does she remain so? White American popular culture reproduces her image with near-reverence: for decades the sexy Catholic schoolgirl has embodied the erotic potential of young, white femininity. Men want to deflower her. She is everywhere present at Halloween parties. And some of us (my current self included) are wooed by her obvious sexual capital. But the crux of her power lies in her mutability. While her uniform is a well-worn trope, the sexy Catholic schoolgirl is fundamentally protean. She embodies a paradox, and as a teenager I longed to strike that impossible juxtaposition: confident, but naïve; sexually captivating, but endowed with an ingénue’s sweetness. I wanted to summon desire without knowing that I had – or, at least, without knowing what precisely had made me so alluring. I wanted to possess the sexy Catholic schoolgirl’s contradictions, which in my young mind translated to a fluid magnetism.

Permit me one unholy confession: I never attended Catholic school, nor was I ever required to wear a school uniform of any kind. And while my mother took my sisters and me to mass as children, religious observation was largely perfunctory in our household. So my relationship to the Catholic schoolgirl was, and remains, one of romanticized ignorance. I worshipped a pastiche of ’90s pop culture adaptations and their fetching articulations of sexual desirability and precocity. Well-behaved, sexually inexperienced, and bored, my teenage self – a graceless thirteen-year-old – was dazzled by the aesthetic of corrupted purity (for my part, I really was that innocent).

And my fixation suggested another tantalizing possibility: I wanted to be the sort of girl people longed to corrupt, to transform fromCruel Intentions’ wide-eyed Annette Hargrove – an apple-cheeked American virgin with pigtail braids – into the cool, cruel Kathryn Merteuil (Sarah Michelle Gellar), “the Marcia fucking Brady of the Upper East Side” who orchestrates tragedy to exact her own vengeance and amusement. Kathryn invokes religious rhetoric for purposes of manipulation, betraying a keen comprehension of the institution she bends to her will. Meanwhile, she heeds her own libertine gospel of coke, and sex, and devious schemes. Those around her, men especially, are toys for supplying whatever pleasure she fancies: erotic, tormenting, murderous. Kathryn’s sordid pastimes might not have aligned with my own personal objectives – my fantasies generally stop short of bloodthirst. Still, the sexy Catholic schoolgirl enacted a certain psychic tensions that gripped me as I came of age: I yearned to possess stereotypical good girl appeal, but also not giving a fuck about authority, my reputation, or my virginity.

My preoccupation began with my first viewing of The Craft. I was twelve, or thirteen at most, a time when nothing sounded quite so tempting as becoming someone else. I was spindly and anxious, by no means the cool girl – and while I didn’t attempt the impossible (being cool by my southern private school’s metrics), I cared. It’s not surprising that the film commanded my interest from the start, since its protagonist Sarah Bailey (Robin Tunney) chases a new, sharpened identity of her own. She has barely passed a week at her new school when, after a date with Chris Hooker (Skeet Ulrich), the class’s most-admired meathead, she discovers that he has circulated falsehoods about their night together (that they had sex, and her performance was subpar). Rebuffed and humiliated, Sarah finds solace with witchy outcasts Nancy (Fairuza Balk), Bonnie (Neve Campbell), and Rochelle (Rachel True). Together, they nurture their witchcraft skills, and Sarah, who inherited powers from her late mother, becomes the crucial fourth member of the coven. As their intimacy coalesces, the girls cultivate a reckless, zero-fucks-given attitude, the sort I – an emotionally porous, love-hungry romantic – could only dream of fostering myself.

Their concern for their snobbish schoolmates withers – and sometimes warps into aggression. They cast a spell to punish Rochelle’s racist tormenter, Laura (Christine Taylor) and another to make Chris fall wildly in love with Sarah. Sitting alongside wide-eyed children on a bus, Nancy returns their quizzical stares with a glower. Later, when the driver admonishes the coven to be wary of “weirdos,” her response is smug: “We are the weirdos, mister.”

The film solemnizes the coven’s new, brassy demeanor in a montage set to The Cars’ “The Dangerous Type,” covered by alt-rock teen movie mainstay Letters to Cleo. The foursome struts down the school hallway, shoulder to shoulder. The camera is set to slow-motion, so I hungrily scanned every detail: Rochelle’s suspenders, paired with a plunging neckline; Sarah’s black vest, grazing against her breasts; Nancy’s choker. They are unified by color palette, and by their fashionably hemmed kilts. Later, alone in my bedroom, I would play the movie soundtrack on my boombox, squeeze my eyes shut, and imagine myself among the coven –a dangerous type, a lot like them.

I knew this heady moment wouldn’t last for Sarah and her friends: arrogance and heedlessness would give way to in-fighting and competition and then, ultimately, horror. But what occupied my mind were those precious minutes at the start of the film. I thought perhaps I could survive the protracted crucible of adolescence on a few subversive moments like that.

This is a preview of one of our feature articles, the other 54% of this is available to subscribers. 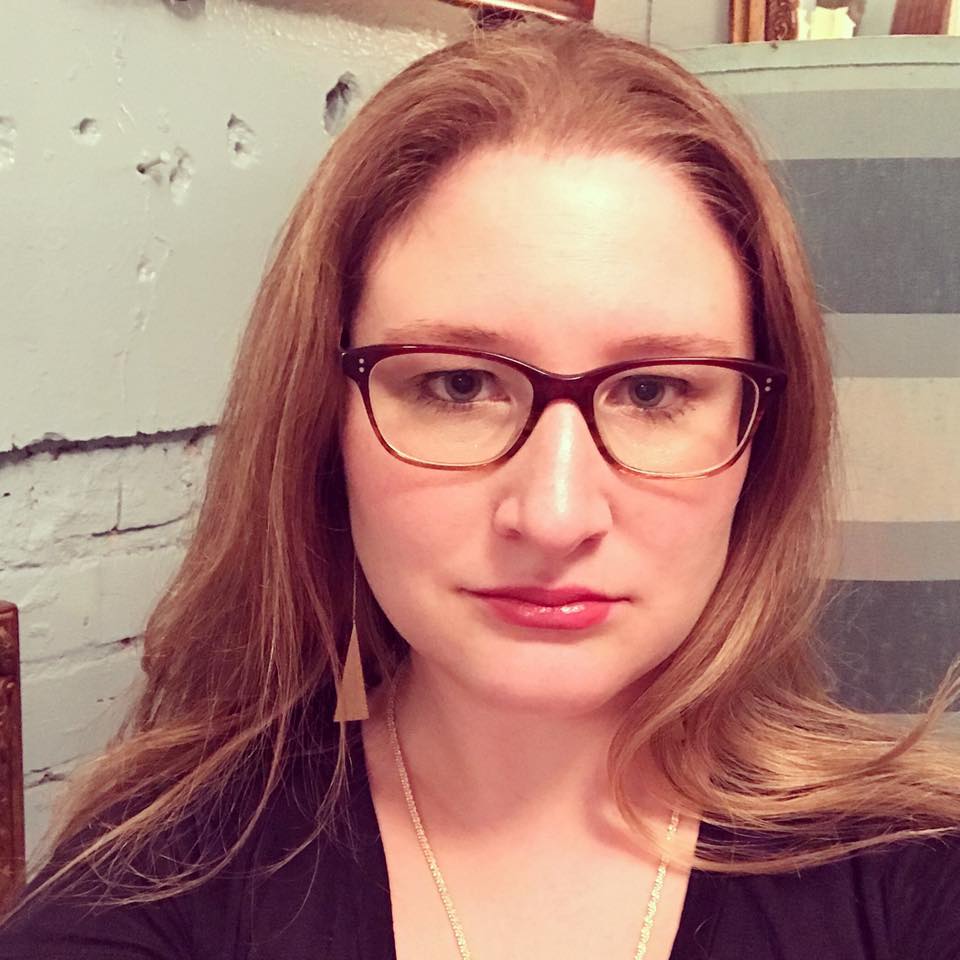 Rachel Vorona Cote is a writer in Washington, D.C. She has written for a variety of publications, including the New Republic, Elle Magazine, Literary Hub, and Rolling Stone. Previously, she was a contributor at Jezebel. Her first book, Too Much Is Just Enough, is forthcoming from Grand Central Publishing.