From Ex-Partner to Best Friend in 8 Steps The world is too cruel to cut each other out completely. 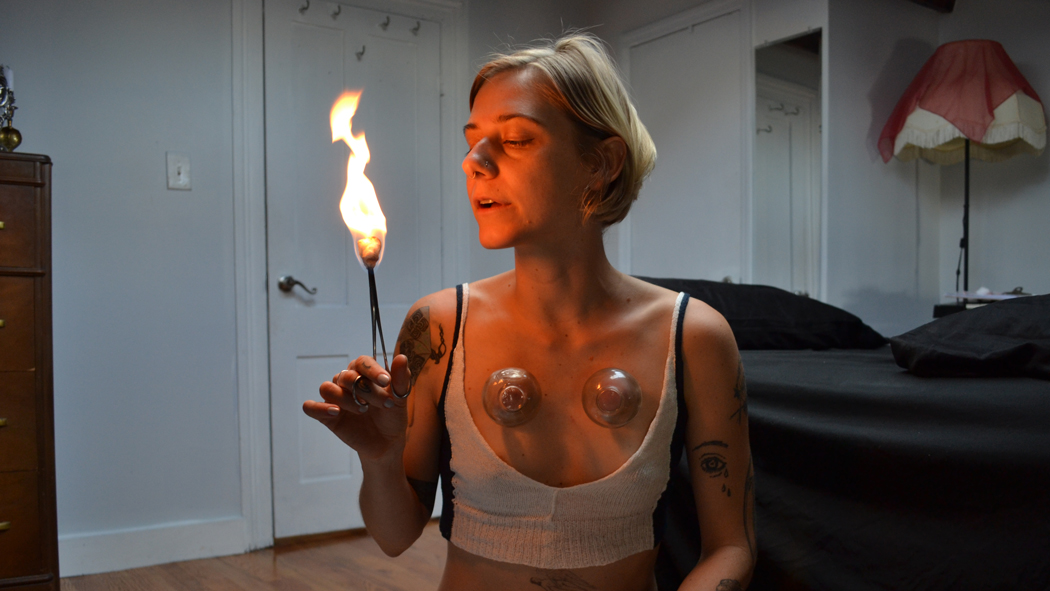 Before Andy Baker moved to New York City from Durham, North Carolina last year, they secured a job and found a room to sublet. Besides that, a lot was unclear. They had been working as a practitioner of acupuncture, Chinese herbalism, and other healing practices for years, but in a completely different context: rural and suburban Southern towns. In those contexts, Andy had come across many misconceptions about the work they do: acupuncture is just woo-woo, acupuncture is only for white, middle class women, acupuncture is just placebo. As a queer person critical of the medical industrial complex, these misconceptions were disconcerting and Andy found them difficult to challenge, especially while just trying to make ends meet.

For Andy, the weight of professional expectations in the medical and health industries – having to dress a certain way, cover themselves up for patients, or follow someone else’s rules of how to conduct their practice – just wasn’t working. However, in breaking the rules, and breaking out on their own, Andy has been more successful than they ever hoped. Since founding their own New York-based practice Yarrow Medicine in Spring of 2017, and launching their popular Instagram account, Andy has had an outpouring of support, with more bookings for acupuncture and herbalism sessions than they can usually fit on their schedule. With a $40-80 sliding scale for each session for the general public, and $20-80 sliding scale for people of color and trans folks, Andy has managed to build a following as an accessible healer, providing trauma-informed care for majority queer and trans people in Brooklyn.

Despite their growing client-base, Andy still struggles with some of the same fundamental questions that they did when they lived in the South, how can I challenge the notion that acupuncture is inaccessible? If I operate on a sliding scale, will I be able to pay rent next month? And more, how can I redistribute what I know to ensure that there can be more practitioners of color? How can we make healing a threat, again? Andy Baker sat down with us to share what they think.

Where are some places you’ve lived as an adult? What are some key differences providing care for clients in each place?

I grew up in Greensboro, North Carolina and went to school for Acupuncture in Asheville where I did a two-year long internship during my four year program. After I graduated in 2015, I moved to Durham, NC to start my own practice. There I sought out space at a trans-affirming collective that was dedicated to making health-care accessible to trans, black, brown and indigenous folks. This was a big improvement compared to the environment of the student clinic in Asheville, but the community that I was appealing to in Durham just wasn’t big enough to sustain my practice. I also found there to be a lack of interest in acupuncture, in part due to lack of awareness of the scope of what Chinese medicine can treat.

There is a lot of differences between practicing in a rural versus a suburban town, and the South versus Northern cities like New York. For one, Asheville is far more segregated, so my client base was much more homogenous. I had to appeal more to straight, new-age types since that tended to be the demographic that sought out alternative medicine the most. I concealed a lot of aspects of myself from patients – how I dressed and carried myself, and also my feelings about politics and how it is connected to alternative medicine.

It was hard to make ends meet in Durham and I constantly felt unsure of my capabilities as a practitioner. I continued to conceal who I was around some of my patients because I felt I didn’t live up to the stereotype of ‘healer’ that is perpetuated by a lot of healing arts: a white, straight, skinny woman who is a pacifist and views anger and sadness as pathological rather than productive and appropriate [responses] in our times.

A year into living in Durham, I moved to New York. Since practicing for myself in New York, I’m able to treat more people who I feel an affinity with. I can talk about social and political issues more openly with patients, not just with friends. I relate ailments to being symptomatic of capitalism. And in turn, patients are open with me about their plans to get top surgery, or the challenges that they are facing in polyamorous relationships. I like that these topics are coming up more during my sessions. 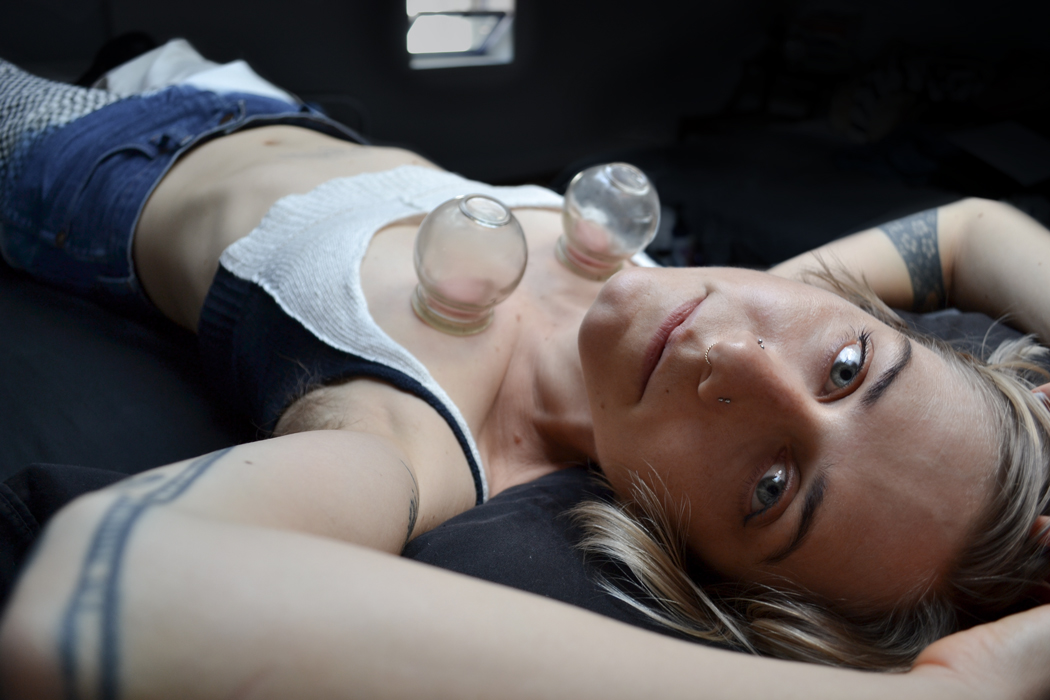 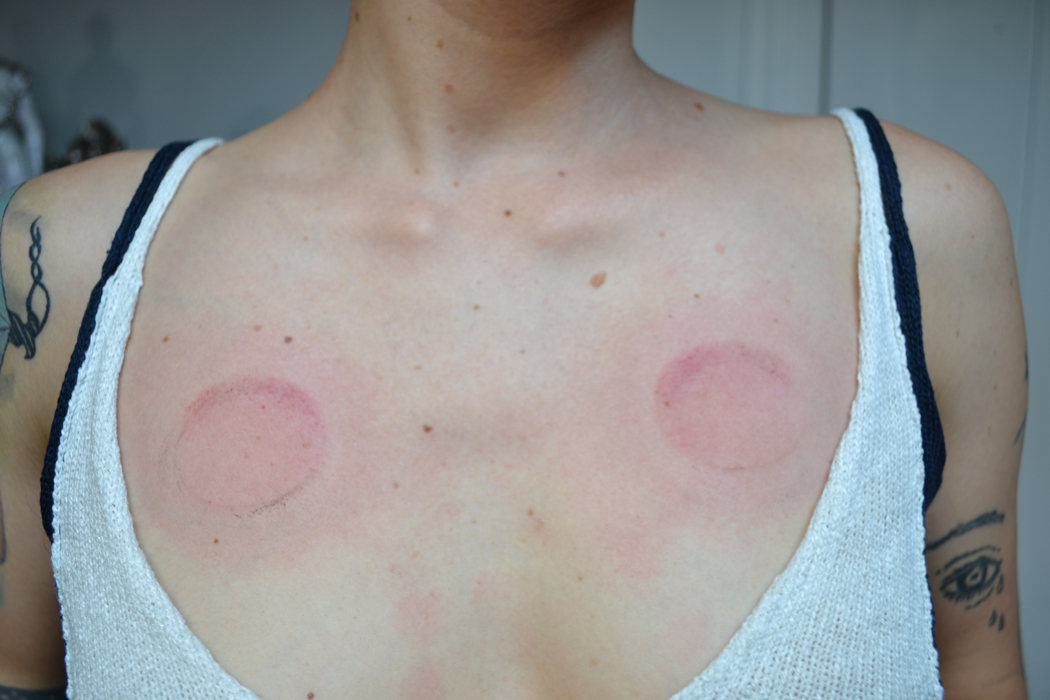 Since moving to New York and starting your own practice, you’ve created your own niche as a queer and trans healer. Why do you think acupuncture and other kind of healing are relevant to queer life?

Getting to work with more with queer, trans, and gender nonconforming folks is huge because I think this medicine has a lot to offer the queer community. I view alternative medicine as exactly that, an alternate option to Western medicine, which I equate with the medical industrial complex. Diverging from this norm and seeking care that is outside the status quo is queering medicine, in my opinion. In fact, Daoist culture, from which Chinese medicine stems, has a tradition of recognizing folks who do not fit into the gender binary. Lan Caihe is one of the Eight Immortals who is depicted androgynously and whose age and gender remain ambiguous. I find this history really empowering. It’s also empowering as fuck to realize that you don’t have to depend on some doctor to play gatekeeper to your healing and possibly, probably, traumatize you in the process. I want to give people simple tools that they can incorporate into their daily lives, food therapy being a prime example. Chinese medicine, when viewed from this lens, is an act of rebellion and liberation.