My Butt, My Rules When people read you as a bottom, it can be hard to stay confident in your desire to top. 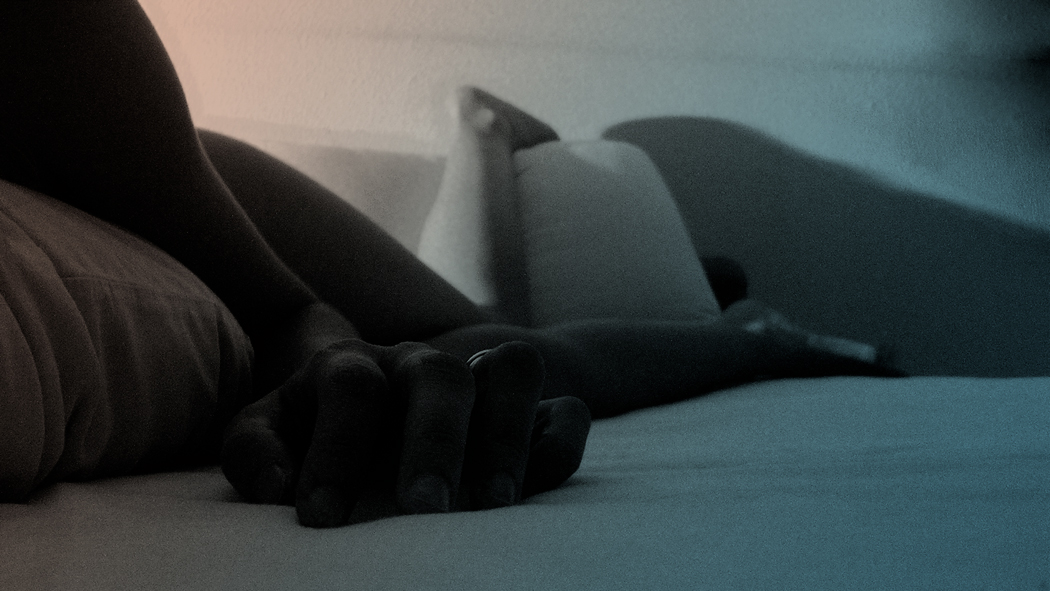 SSRIs can cause you to lose your sex drive, but as Cassandra Leveille discovers, that’s not necessarily a bad thing.

In early 2016, my sister and her boyfriend helped me haul the remaining possessions from my childhood home into my new sublet, a room in a small apartment in New York City. The disorganized heaps served as the first decoration in the empty room I’d start to call home. Even with all my possessions inside, the room felt bare, without a trace of life inside. They took me to IKEA to pick up a bed frame.

“You’re going to want a full-sized bed at least,” my sister said. “You know, if you ever decide to bring someone home.”

“I don’t think that’s going to happen,” I replied curtly.

I grimaced from the back seat. After what I’d gone through in the past five years after graduating from college, I only felt more fortified in my mission to remain single indefinitely. I found myself looking back on the proud declaration I made in the wooden desk in second grade.

My second grade teacher went around the classroom, asking us, “What do you want to be when you grow up?” I raised my hand, inching out of my seat, and when she called on me, I proclaimed I wanted to be an author. Tied to the idea of being a writer, even then, was the enchanting notion of solitude, allowing my imagination to roam free and fill what was sure to be my best-selling novels. While that dream took on different iterations as I got older, protecting my right to be alone remained paramount to me. I built my life around absence – specifically, around the assumption that I would always be single, and I was all too happy to defend that choice in arguments with my mother. She believed our schoolwork should come first. Dating was strictly verboten.

While I nursed the occasional crush on boys I sat in close proximity to, I wouldn’t breathe a word about my true feelings to anyone in my immediate family. Talk of my crushes were strictly reserved for my LiveJournal, and even then, I disguised them in pseudonyms and nonspecific language. As a black teenager growing up under the politics of respectability on one hand and the presumption that I was hyper-sexual on the other, I felt like I was in a no-woman’s-land when it came to having and expressing my desires. Good black girls couldn’t be interested in sex – it could derail everything. As Mikki Kendall noted in a December 2013 article for Rewire, “You don’t actually have to be sexually precocious to be labeled a fast-tailed girl. Perception is everything, and so a host of perfectly normal, age-appropriate behaviors – like talking to boys, wearing shorts or makeup, or even going through puberty early – are enough to convince some people that you’re headed for trouble.” As a result, I grew up feeling like I couldn’t admit I was a sexual person. Fronting and performing disinterest in boys and dating was my survival mechanism of choice for avoiding my parent’s disapproval.

Even if they had been more permissive, it’s not like guys would have been lining up at my door to date me. I was taunted and called ugly for several, consecutive school years, and this permanently altered my self-image. I brewed a steely resolve in my mind to combat it: It didn’t matter if everyone thought I was ugly as sin, because I never wanted to date anyway.

Perhaps predictably, my early adulthood brought me to a place of deep conflict around embodying my sexuality in any tangible way; and in 2013 I called the social work department of a hospital in New York City and set up a consultation to start seeing a therapist. I had been depressed for much longer than that, and it showed up in the usual ways – almost-destructive time management, crying in the windowless basement in the North Shore of Long Island my mom and I moved to one year prior to be closer to her job.

I squeezed in my therapy in the mornings in the middle of the week before I shuttled off to my unpaid internship, a lifeline that kept me in the city without arousing the suspicions of my mother. The fact that the sessions were free helped, too. The social worker insisted anti-depressants would take the edge off for me, stop me from drowning in my own catastrophizing.

A few weeks after I started taking Lexapro, I experienced one of its more common side effects: I lost my libido. It felt like an elegant solution to the problem of how to remain single without regret. Amidst white feminism’s ongoing discussion on the Internet about finding woke feminist men to date, I was fomenting my own misandry. Instead of centering men’s comfort, I doubled down and embraced the stereotypes; I was pissed off at the countless ways men took up space in my life: monologuing at me when I clearly didn’t want to be bothered, man-spreading on the subway, looking at me for too long, at-mentioning me on Twitter, their whining voices proclaiming, “You can’t say you hate all men, you haven’t met every man!” I didn’t want to be attracted to men anymore; it seemed too risky of a gamble. So, I gathered my armor – my anger, a scowl, winged eyeliner sharp enough to kill a man, and a tube of brightly-colored deep-toned lipstick – and started building an oppositional femme aesthetic to scare them off.

My old hypothesis of unlovability took root in the summer of 2012. There was a boy. It doesn’t matter who he was, but he claimed he was a feminist. He also claimed he was interested in me. We shared a kiss by the dark piers in Chelsea, one balmy night in August before I had to take the bus back home. That weekend, he changed his mind. There was another woman, a white woman. I imagine she was easier to get to. That she had more access to capital. It was a simple equation for him of who to choose, and it wasn’t going to be the broke, unemployed black girl. Months of obsessive Facebook stalking a few months later revealed their intentions to move in and start a life together in a new city working on feminist art projects.

Two or three years later, I’d briefly joined a popular Facebook group for LGBTQ+ folks in the NYC area to post personal ads for themselves. I messaged someone I’d been nursing a crush on. While both of us were interested, we had nowhere to meet – I was still living with my mom, and she was living with her partner. There was no way for us to bring any attraction we had for one another to fruition.

My SSRIs helped me come to a numb acceptance of these everyday devastations. The more I thought of myself as apart from my desires, the more I realized there was a banal predictability to how desirability works under late capitalism. The foundation of the nuclear unit in Western culture lies in sharing and combining assets, and nowhere is this principle more evident than in New York City. Across sexual orientations, people only want partners that already have access to social capital and wealth. As a body already circumscribed as undesirable because of my black skin, and as a commuter who lived with my mother, my disposability only compounded further.

Liberal discourse often describes desire as something apolitical, a force that humans cannot control, but this guiding assumption deeply obscures how power works. From where I stood, all I could see was that same pesky economic arrangement, simply rebranded as a romantic pursuit. My status as a working poor black woman unable to build enough capital to rent my own apartment for the majority of my early adulthood marked me as someone not worth the time to invest in. But it also had me deeply questioning if desire was even something I really needed in my life.

Getting older meant confronting my limitations. Under late capitalism, I only have finite amounts of energy and time each day. Why would I spend that time crafting the perfect message to attempt to elicit a response on Tinder, when I wasn’t being paid for it? But whether it was finding new activities, such as taking walks around my neighborhood, making intentional time to see my friends, or teaching myself how to play the guitar, I found pursuits that were infinitely more fulfilling than pursuing romantic love ever was.

Redirecting energy towards things that would actively make me well has been an important way for me to give myself permission to both have a self and start taking care of that self. Still living in that windowless basement in the North Shore of Long Island with my mom, I started combing listings daily in housing groups on Facebook. A friend who I had met through a feminist zine project connected me to someone who had an opening in her apartment. As soon as I viewed the room, I knew I was going to take it.

Even though it ended up being a tight fit, my sister was right about the bed. After having twin-sized beds throughout my college career, the full-size bed gave me room to stretch out and change positions in my sleep. I ended up sharing the bed, too, but instead of with another human, it was my roommate’s toothless tabby cat. Cats don’t understand social mores, and thus can’t replicate systems of oppression. I’d rather have a soft, gentle, drooling cat by my side than a human with an empathy problem. 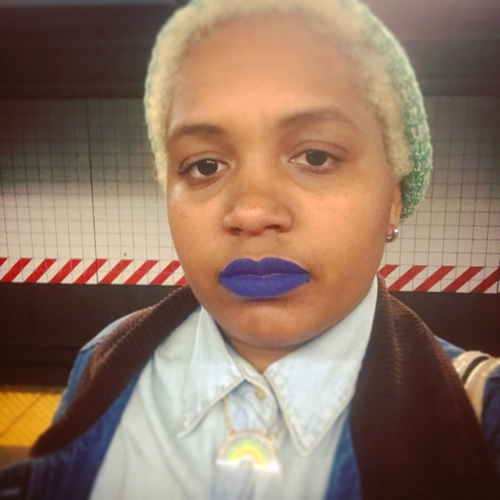 Cassandra Leveille has room in her life for cats and not much else. She lives in Manhattan.