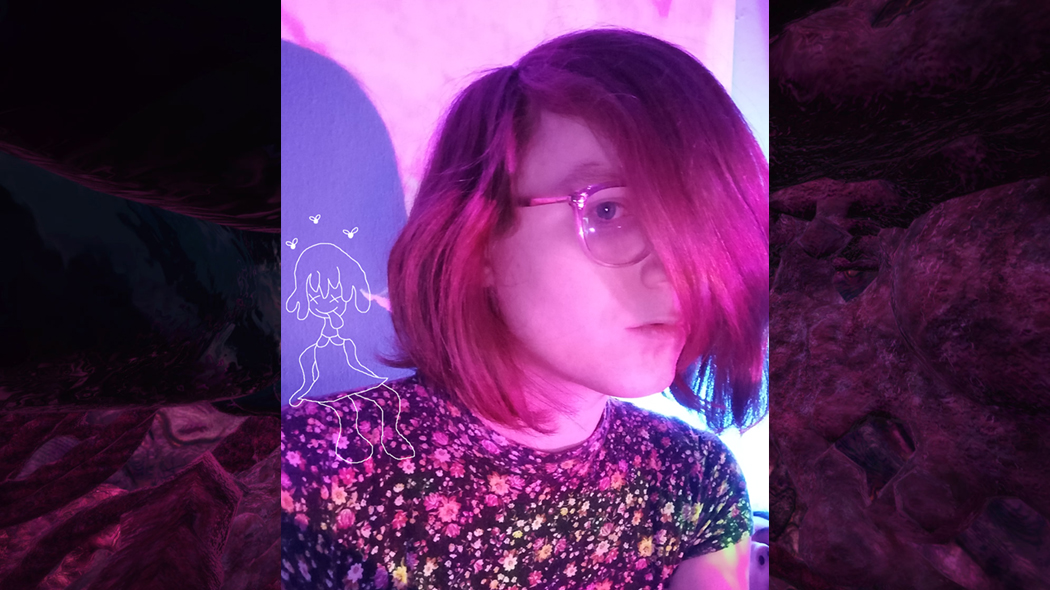 “I really hate this world and so when I make something I’m making something I can bear to live in.”

Although she has designed highly regarded games for years, the first Porpentine Charity Heartscape piece I really spent time with was her novella Psycho Nymph Exile (2016), which the artist has described as “a post-anime sapphic gurowave trauma-romance.”

The book chronicles the love affair between a disgraced biomech pilot and an ex-“magical girl” robbed of her former powers, and focuses on their shared struggle with a fictional illness called DTSP, reminiscent of PTSD. While the plot is familiar – two outcasts abandoned by society make their own world in exile – Psycho Nymph Exile’s morphology is anything but. Its only stable, expressive component is unrelenting intensity, where pleasure, melancholy, and horror are all haphazardly grafted together. The text’s built-in features hybridize with its bugs, so that fate looks like an accident and vice versa – guiding axioms and world structures dematerialize as quickly as they spore in unpredictable new directions.

Because my connection to the book was so personal – it resonated with some of my most sensitive pleasure and horror zones – I wasn’t sure how Porpentine’s work would translate in the context of the Whitney Biennial, where she has installed a net cafe-style space featuring seven of her interactive hypertext games. But playing her choose-your-own-adventure game With Those We Love Alive (2014) for a standing audience – it’s the only piece in her exhibit projected onto a wall – facilitated a complex process of emotional excavation.

The plot guides players to appease an evil empress and reconnect with what might be only the mere spectre of a friend by slowly clicking through simple arrangements of text against a luminescent background. Coupled with Neotenomie’s gorgeous, somnolent score, the text-based game creates an intimate space for players to explore their vulnerabilities in relation to desire and power by engaging with themes such as shame, “the chasm,” and burial.

The audience’s presence in the installation led me to approach it as communal role-playing therapy, performing my relationship with myself for the onlookers through the decisions I made in the game – it defamiliarized the feelings that constitute my everyday practice of living, throwing into relief their underlying structure in a process that was unsettling, moving, and altogether strange.

This is a preview of one of our feature articles, the other 84% of this is available to subscribers. 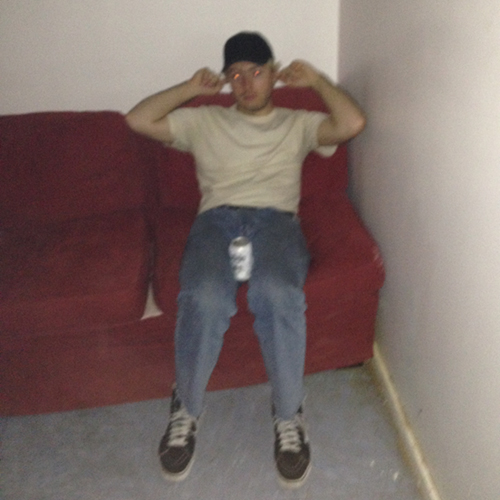 Alexander Iadarola lives and works in New York City. He mainly covers electronic music and contemporary art, and has written for publications including Art in America, DIS, AQNB, Arachne, Vice, Pitchfork, and others.