Three Artists You Should Know

David Bowie on the Runway The runway of Menswear Fall 2016 shows manifested a world that’s stripped fashion of its gender constraints.

Trend Forecast: The Coming Memesurrection The future of memes is pretty fucking unsettling. 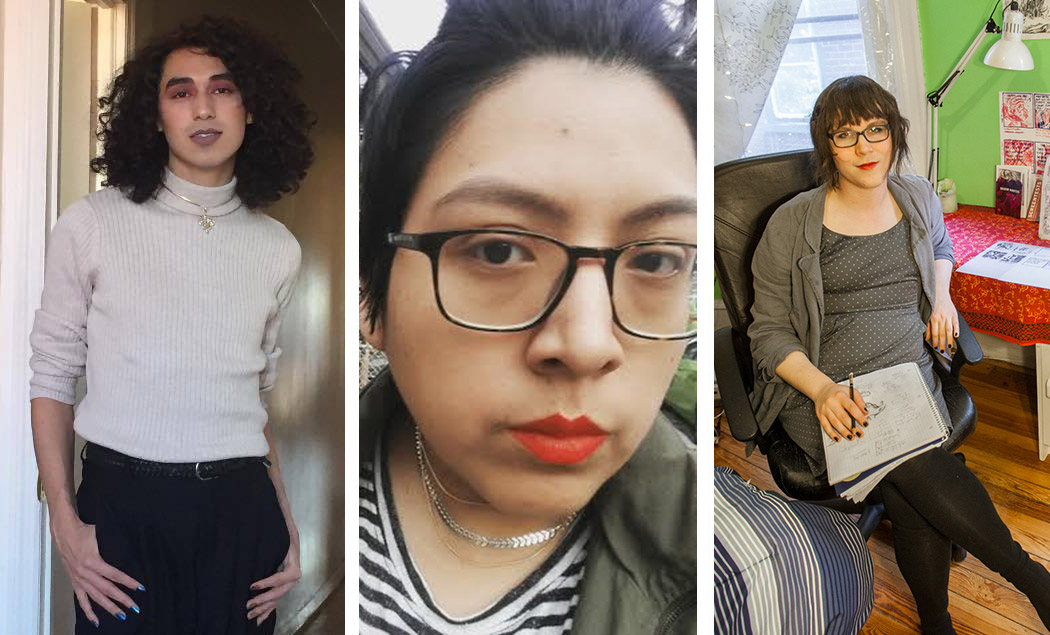 Every month, we ask your internet crushes questions so that you don’t have to...

These three artists, Annie, Alberto, and Ro are sharing their style icons, favorite emojis, and how they cope with seasonal depression. Catch up with them. 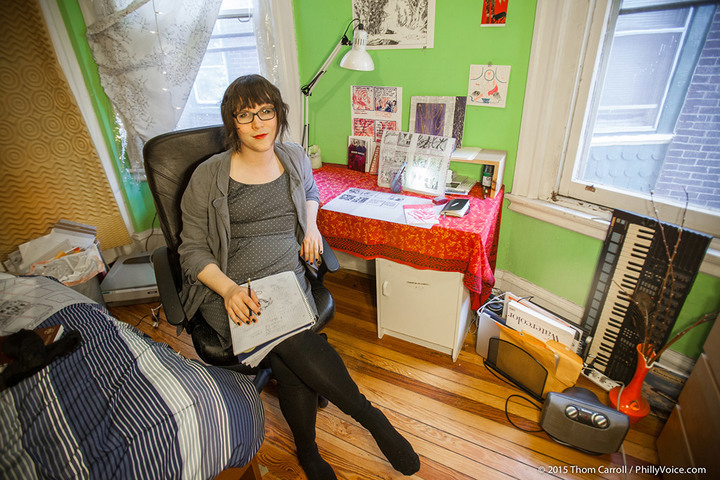 Who are some of your style icons? Clea DuVall and Annie Hall—that tomboyish/art school captured me when I was a teenager. I'm all about comfort and l00ks.

How do you deal with seasonal depression? Nettles tea, going to the coffee shop every morning to work on stuff, meditation, therapy, calls to friends on the phone and Skype, and psych meds.

Problematic fav? Almost everything is a problematic fave, but: Prince, Morrissey, Taylor Swift, Shakespeare, The Legend of Zelda, King Arthur and His Knights of the Round Table. 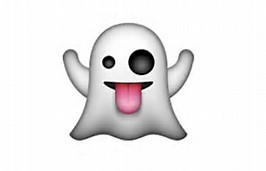 What did you want to be when you were young? When I was real little, I wanted to be a paleontologist or a cat; as I got older, I wanted to be a rock star, then I thought I would settle for being a filmmaker, then I thought I'd settle for being a cartoonist. Having fronted a band, costarred in a film, and made many comics, I feel I did all right. Also, I am told that I purr like a cat.

Projects or works that you wanna hype? My most recent works include Zelda in Simulacra for ZEAL, and two for Rookie Mag, The Song of the Lark and The Art of Rewriting. I also do a podcast about movies called Lights Go Down. 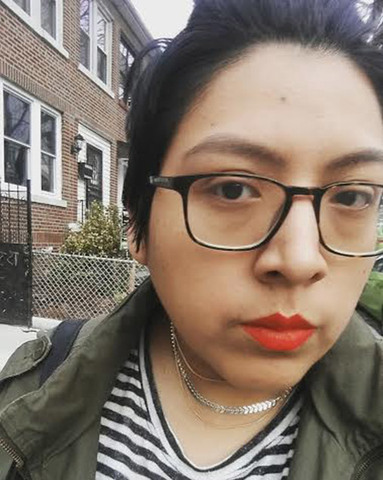 Handles? @no_r0mance on Instagram. For my artist work you can check out rogarrido.com.

Who are some of your style icons, and why? Not gonna lie, North West is definitely my style icon number one these days. I just really appreciate her luxurious but laid back baby looks. I mean, who doesn’t want to pull off a top bun with a hoodie, jeans, and fur coat? Another style icon of mine is Jennifer Beals in Flashdance, which is one of my favorite movies of all time. It’s a really incredible, emotional film about working class femme struggle, and about the complexity of claiming desire. Her style in the movie feels really relatable to me, in that she shifts from her everyday work gear, often jeans, a sweatshirt, and army jacket, to her high femme performance looks. I love that her style feels whole, almost effortless, yet ever changing and intentional.

How do you deal with seasonal depression? I don’t think there is an antidote to be honest. There are certainly strategies you can try out and different strategies work for different people, but I sometimes think that fighting our sadness usually just results in more sadness, plus self-hate and shame. I think making room for sadness is actually what’s been most helpful in my experience. Sometimes this looks like making art, going to therapy, watching Flashdance, shopping even when I’m broke, laying in a bath for hours, or just wasting a whole day in bed. Also, shout out to all the depressives who, like me, deal with sadness all year round!

Problematic fav? Can you be your own problematic fav? I guess I’m really over romanticizing people or putting anyone on a pedestal, it feels so damaging to our inherently flawed humanity. I try to think of everyone as problematic and flawed, especially people whom I love, as a way of challenging systems of disposability. But on a lighter note, I guess a current problematic fav is Larry David in Curb Your Enthusiasm, which I’ve been binge watching on my free HBO Now trial. I’m not entirely sure why I find his intense level of liberal, rich, white man fucked-up-ness so hilarious, but I kind of like that it’s just understood that he’s awful and everyone hates him.

Favorite emoji? Duh, crying emoji. It can express a multitude of overwhelming emotions. Also, the pig snout emoji. It’s my most genuine kind of hello.

What did you want to be when you were young?
It’s funny I’m answering this question here because I’ve literally been thinking about this question nonstop for the past months, and talking about it in therapy. I think I wanted to be a performer when I was little, or more accurately I wanted to be a star, probably like Selena or Mariah Carey. When I look at photos of myself as a little kid I can definitely see that part of myself who wanted to be larger than life. There is still something very appealing about having an impenetrable talent of sorts, but I know now that even achieving stardom often comes at a price. I definitely don’t want to be a performer now, even though I don’t want to be scared of that dream either, but I guess I mostly feel really happy for my little self who was able to dream big and I try to allow some of that dreaming to re-enter my adult life now.

Anything you want to hype? I’ve recently had the opportunity to work with IMI Corona, an immigrant community space in Corona, Queens that exists as an offsite project of the Queens Museum. It’s a really amazing cultural and organizing space in the community and I feel really grateful to have gotten to work with all the brilliant women of color leaders at the space. Another Queens based project that is close to my heart, is Queens Neighborhoods United, an organization that is fighting against displacement and gentrification in Queens. They’re a super grassroots group who are all about utilizing community based strategies to fight systemic violence, like most recently they organized an ICE Watch (inspired by Cop Watch) in Queens to disseminate know your rights information to our communities about the ICE raids that are happening, as well as a way to hear directly about what was happening on the ground. If you care about gentrification in NYC, you should definitely check out their work! 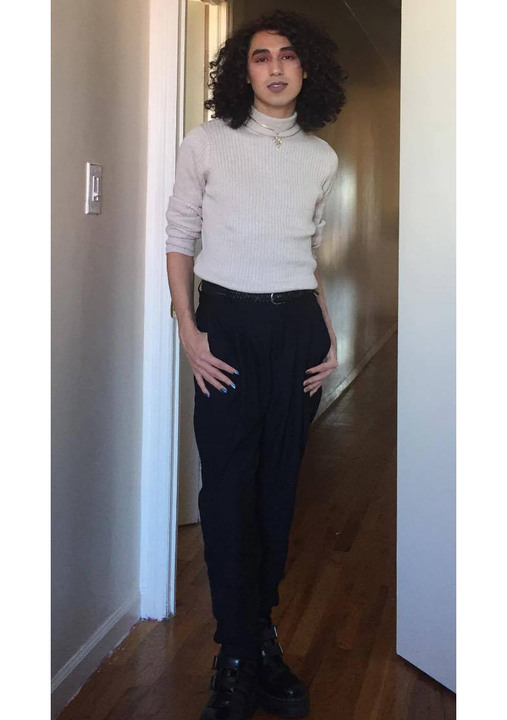 Style icons? My parents when they moved here. My entire family in those “just arrived to Jersey from war-zone El Salvador and now we can pull American looks in America” days. My dad and tíos wearing solid-color collared shirts, tight pants, and gold chains. So disco-in-diaspora. My mom and tías wearing wild and bright patterns and colors, decadent amounts of jewelry, huge hair and always incredible fragrances. Gorgeous Latina versions of Fran Drescher in The Nanny. Better versions. Also, eternal fashion credits to the holy femme BIPOC trinity from my college dayze: Lucia, Alina, and Zi. Lucia for “goth doll,” Alina for “cunt,” and Zi for “alien.”

What is your antidote to winter depression? Uhhhh I don’t have one lol. Been pretty sad this winter. But makeup makes me feel better, always. Belief in abolitionist, transformative future worlds for my peoples also helps me get out of bed and try to make small revolutions throughout the day. Worse comes to worst, I just watch Jane the Virgin to numb all pains.

Problematic fave? My entire music taste used to be my problematic fave. More like my colonial fave. Bowie, Interpol, Beach House. God I’m glad that’s over (now I’m in the lush melanin lands of Lion Babe, Lianne La Havas, and the legendary Brandy). My current problematic fave is the whitinas doing makeup tutorials on Youtube. I watch Kathleenlights almost everyday. That and Jane the Virgin, yikes.

Favorite emoji? This question is so violent! WHY MAKE A GIRL CHOOSE?!?! There’s the girl that’s like “whatever” emoji, the sweet sweet ambiguous peach, but if I haaddddd to choose one, it would be the “praise hands” emoji (the two hands up in the air). Use that every day, possibly every hour.

What did you want to be when you were young, and how do you feel about it now? When I was young, I wanted to be a magician and an artist. Today I’m a witch and a cultural worker. Same thing; more politics now.

Anything you want to hype? My Tumblr website! The page is almost empty. It’s my upcoming tumblr, and I’m dying for it to be overflowing with poetry and art I will make. Just wait for it (it’ll be worth it; te lo prometo). Heart emoticon.

Send tips for who should be featured in cameos to @IzzyNastasia.