Six strategies for staying sober Fetty Wap and Kc Itohan have some quick insights on keeping away from booze.

Browntourage Hawa Arsala and Tonia Beglari speak about their work as cultural producers in the information age. 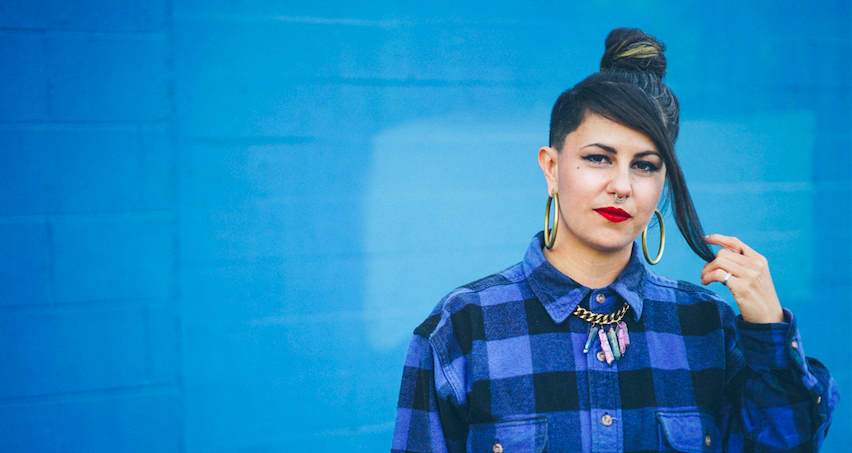 Suspicious of roses-and-chocolate-romance but still craving love and affection? Cremosa’s “Pechiche Prohibido” is the Valentine’s Day mix for you. The DJ’s debut mix is unapologetically affectionate with just enough agitation to give you the courage to ask (yourself or someone else) for what you want and need. Dripping with breathy remixes and throwback slow jams, plus plenty of body-rolling bass and reggaeton, “Pechiche Prohibido” sets a sweet, freaky, and firmly fuck-the-patriarchy type of tone – so hot. Check out the mix below, along with our interview with Cremosa, for a nice reminder that your skepticism doesn’t have to be so cold, and your tenderness doesn’t have to be so marshmallow soft (or white either, for that matter).

Cover art by Amaryllis DeJesus Moleski, add them on Instagram

Cremosa takes us behind the scenes and talks us through all the feelings in Pechiche Prohibido.

Tell us a little bit about this mix and the idea behind it.

Not your typical Valentine’s Day mix. “Pechiche Prohibido” takes you on a journey into the heart and sexuality of a hard femme: tender 90’s throwbacks & remixes, pussy-pleasure anthems, r&b influenced club tracks, a couple of sad gurl side eye heartache ballads, songs that summon the goddesses & others that ask for forgiveness, sexxy zouk bass, and of course a lil freaky reggaeton. Pechiche is a word from the Caribbean coast of Colombia that roughly translates as emotional attention & affection. “Pechiche Prohibido” is a reference to Selena’s album/song “Amor Prohibido” which has become an anthem for Latinx LGBTQ communities. When there’s a propensity towards hard-hitting sounds and club “bangers” in so much of the current dance music, pechiche, or tenderness, oftentimes becomes prohibido, or invisibilized. This mix fills in those voids of emotiveness and sensuality in a very no misogynist bullshit kind of way.

This year doing this mix was a way for me to channel my complicated feelings about Valentine’s Day and dominant narratives about love in general. I couldn’t do a “sweet” Valentine’s Day mix without also including the inevitable counterpart heartbreak—which we experience in our personal lives but also on a global level daily. Last year I was parading with my carnaval troupe in Barranquilla, Colombia, so I got to skip out on it altogether, it was amazing! As a serial single person/retired slut, I’ve never celebrated this holiday in partnership so every year is different. I’d like to have a self care moment like soak in a homemade rose & lavender infused salt bath. I also put a call out on social media for fellow single femmes to get together. If that falls through I’ll just treat it like any other day—work on creative projects, avoid social media wormholes, and try not to think about how the part I miss most about being boo-ed up is the affection.

What are some things you’ve noticed these days about sex, especially in the club world?

For starters there’s an undeniable gender imbalance in the club world. Thankfully in the more queer-centric underground club scenes I support and follow, this is not usually the case. But in the mainstream club world—and even most underground club circuits—women DJ’s/producers are a slim (but growing) minority, not taken as seriously as our male counterparts, and our bodies/appearances are often policed and/or harassed in the process. If this is news to you, you are sleeping under a rock (of your privilege) because there are a number of articles out there addressing this so do your research. Fortunately because of the media attention around it lately, I see these dynamics changing.

As far as sexuality goes, there’s a double standard for women artists. We can’t express our sexuality through our art without being called a slut and dehumanizing names. For example, Amara La Negra, a Dominican artist, did this amazing “I’m in love with the coco” remix and changes the lyrics to “You in love with my toto” which is slang for pussy. The song’s YouTube comment section is filled with haters who are going off on her and how inappropriate the song is. Male reggaeton artists (I’m a big reggaeton fan btw) on the other hand, can get away with very sexually explicit and even degrading lyrics. Male-defined sexuality and violence against women in music is normalized, while women-defined women’s sexuality is unacceptable.

Something else I’ve noticed about sex these days is how much the internet plays a role. Like, I tried an online dating site only to find a general lack of accountability and disposability in those situations. And Tinder brings up too much about desirability politics that it stresses me out. There is facade of connection online but then when shit gets real, anyone can just ghost you. The same way you can unfriend/unfollow people on social media is turning into how we treat each other IRL. Also when there’s a heavy focus on hookup culture, we are leaving out the need for intimacy. Which also seeps into the club world. As a dancer I get annoyed when music is too hard, fast, or conceptual that I can’t dance to it. Dancing is like sex to me; I can’t fuck hard for hours on end—I need foreplay, some variety, a break, some cuddles, and then we can go back at it. Personally I like to dance to slower grindy/sexy music, so that’s one of the things I bring to the table as a DJ.

What are you excited about in the coming months that you are working on, and that you’re seeing in your surrounding community and scene?

I started DJing less than a year ago so I’m still learning a lot, working on my craft, and finding my place. I want to do more mixtapes and hopefully play out more too. I have a couple of ideas for parties I’d like to throw, including a slow jams-focused one. I’ve also been in conversation with the Audre Lorde Project’s Safe Outside the System collective about helping out with the release of their Safer Party Toolkit in the coming months. When there’s a war on our bodies as women, queer, trans, and communities of color, and when we practice autonomy over our bodies we are met with backlash, it is really important for nightlife spaces for us to exist and to be safe. We need those spaces to celebrate our resilience. So I’m excited to be a part of integrating those strategies into current and future nightlife circuits.