Gay Sluts Who Read A podcast made possible by the generous, unequivocal support of rosé

Hillary, Bernie, My Mother, and Me How to address economic inequality by arguing with white middle-aged women. 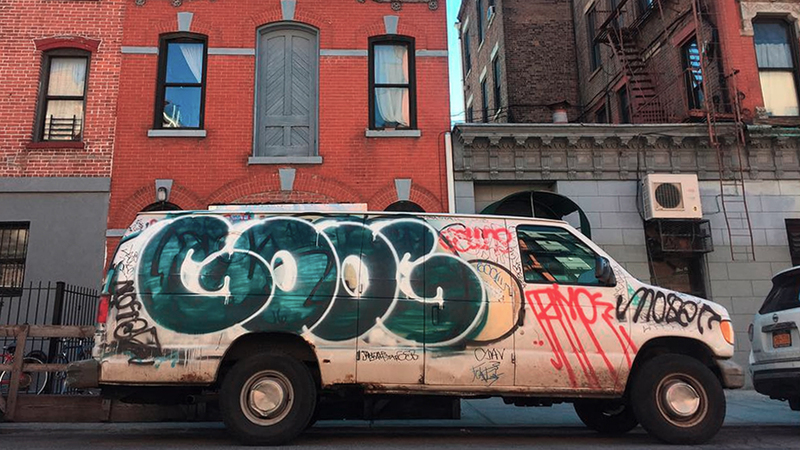 A few years ago, in the depths of an internet hole, I came across a documentary about Kowloon Walled City and was immediately sucked into the story of this tiny patch of land just outside of Hong Kong that grew from 700 inhabitants to 50,000 in just 80 years. As it couldn’t grow out, the city grew up, and because it was out of the jurisdiction of construction laws, it grew up big. Sunlight in short supply, rooftops provided the only outdoor reprieve. Even so, amongst the dark alleys and subjective squalor were houses of worship, community meeting places, calligraphy classes.

In the late 1980s, fears over the rise in number of brothels, opium dens, and illegal dentists (one illegal thing that really terrifies me) and concerns over the lack of regulation of the city’s sanitation lead to calls for demolition. The evacuation process took years, as with most historical cases where authorities force generally happy tenants out of their residences, the inhabitants of Kowloon didn’t want to leave. The residents had formed functional bonds across familial borders, taking on child care, cooking, and construction work for each other. “So seemingly compromised and anarchic on its surface, it actually worked and to a large extent, worked well,” Observed Greg Girard, the Canadian photographer who spent five years cataloguing Kowloon life.

I was living in an incredibly cramped, dark, Brooklyn apartment at the time and the documentary strengthened my desire to form functional bonds with my abrasive roommate. If 50,000 Kowloon residents could sort it out, why couldn’t we?

“Did you know them before? Or are they just randos?” is the number one question my friends ask when I tell them I’m moving. The likelihood that I’ve found the rare studio apartment in New York City that I could conceivably pay for alone is non-existent. As a single, fairly family-less woman of modest income living in a large city, roommates are no more optional than a day job to support my creative endeavors. Learning to live with strangers has become a vital skill I’ve needed to learn. My first roommates were my high school best friends. When one of us got annoyed over hair on the shower wall or damp towels wadded up in a corner, emitting a stench throughout the bathroom, we’d get drunk and yell at each other and hug it out. Or give each other the silent treatment and then get drunk and hug it out.

It takes a lot longer to get to the just-hug-it-out stage with randos, and I usually have jumped ship before that. The abrasive roommate and the cramped apartment got the better of me. It was my first encounter living with “randos” and I was not prepared for the level of open and non-confrontational communication resolving such issues would require. So I moved out. I’ve lived with many randos since, seen all kinds of roommate behavior. I’ve had a rando put ramen on while drunk and then pass out while it was still cooking. I’ve had a rando knock a DIY bookshelf to the ground, destroying not only half our books but also the wooden panels we had to cart home from the scrap yard to build it. I’ve had a rando who clearly hated the thought of anyone else having sex but her, knock on my door resolutely at the minutest of moans.

Living together means becoming intimate in a way that we never normally would. In Kate Zambreno’s Green Girl, the titular Ophelia-seemalike Ruth is an unwilling observer of her sexually precocious almost-bestie’s bedroom adventures. Instead of confronting the issue, Ruth continues to purse her lips against her complaints as the turmoil of their relationship begins to manifest physically. “Their flat was already filthy. These girls lived like pigs… They must groom themselves, they don’t have time to clean,” observes the narrator. The unmarried women are too busy performing other forms of femininity to clean, or too tired after work, or don’t bother because they’re depressed and when you’re depressed everything looks dirty all the time anyway. Eventually things reach breaking point and Ruth runs away.

I’ve never been good at communicating things that are bothering me in a healthy way. My general conviction is to try not to get in anyone’s way and as a result I often find myself far beyond a place where resolution is possible. Instead of confronting the drunken ramen chef or the sound effects adverse door-knocker, I moved out. It feels like when things aren’t working out with randos, whether you connect via a Tinder swipe or a housing available post on Facebook, the easiest option is to just walk away. My current roommate and I reached a crossroads earlier this year, where our mutual abhorrence for confrontation led to dirty dishes and resentments piling up and overflowing. I decided it might be time to live alone, and began the financially impossible search for my own space.

Investors are certainly betting on our willingness to share space with strangers – or maybe they’re betting on our inability to find an antidote for isolation on our own. Either way, wily entrepreneurs are catching on, and developing commodified communes. You+, China’s largest chain of co-living spaces, opened in 2012 and now boasts 10,000 residents over its 16 branches. The upmarket hostel-style housing offers communal living areas complete with games and activities. WeWork, the United States’ largest provider of coworking spaces, launched WeLive last year. For rents starting from $1900 per month, residents have access to the “We Community,” events, yoga classes and unlimited filter coffee. The unrelenting push of capitalist forces subsumes all radical conceptions of cohabitation, as it does with all radical ideas. These odd, glamorized college dorms for adults complete with rules and room inspections feel a far cry from any kind of communal living arrangement lefties dreamed up in cafes in the 60s. House rules are strictly enforced and conflicts are mediated by owners who sound suspiciously like RAs. Communes often collapse over lack of structure, but I refuse to believe corporate regulation of adult living arrangements is an appropriate solution.

After a disappointing three weeks of viewing cramped closets I couldn’t even afford, I began questioning if living on my own was really where I was at. I thought about how nice it was to come home and share a beer with someone or to share a friendly chat in the morning. I thought about how the issues between my roommate and I stemmed from us being more similar than different. I realized we’d actually never hung out outside of the apartment and so I took her out for a drink. This small social intimacy seemed to break down whatever wall our timidity over confrontation had built. The next day I woke up to a pot of freshly brewed coffee. Things aren’t perfect between us, but I’d rather be the agent of my own conflict resolution than allow corporate ideas of communal living regulate my life.