The Fight Against Amazon HQ2 With each new expansion, Amazon’s power to impact the world grows. 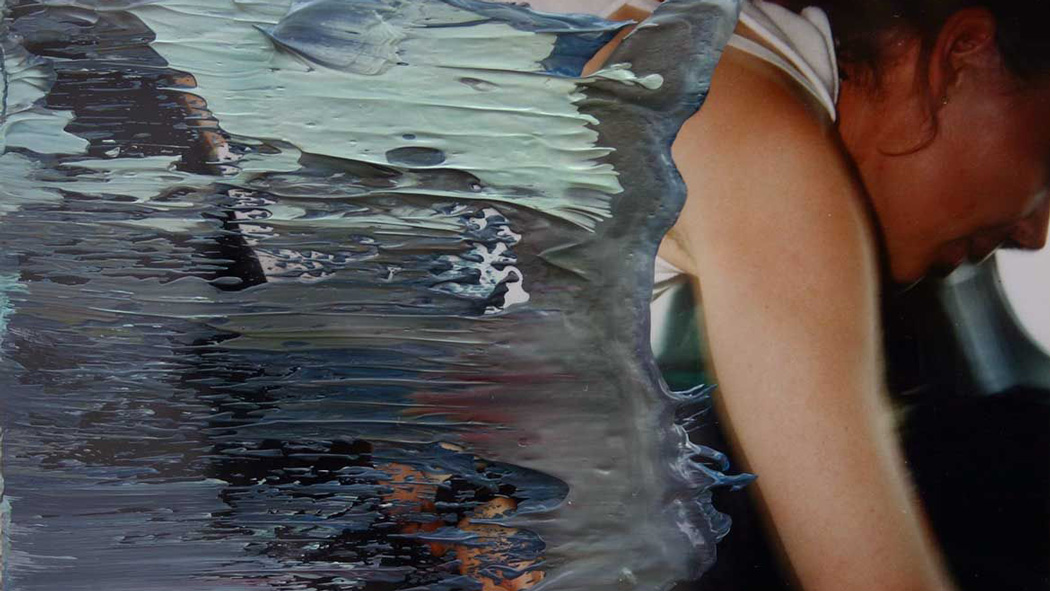 Leslie Jamison’s memoir The Recovering embodies the pragmatic and community-oriented principles of Alcoholics Anonymous – the program that ushered Jamison toward sobriety and changed her understanding of narrative.

Less than two weeks after it was published in April 2014, Leslie Jamison’s debut collection of essays, The Empathy Exams, entered its sixth printing. A New York Times bestseller, the book ultimately sold 80,000 copies, prompting enthusiastic speculation about the health of indie publishing and confessional writing both.Her earnest, searching essays struck a chord, and it became nearly impossible to see the book – about abortion, empathy, her own pain and others’ – separate from the blunt force of its success. “My confessions elicited responses,” Jamison wrote in an essay for The Guardian just a few months later. “They coaxed chorus like a brushfire.” Over email and at readings, often with a mixture of awed respect and a tinge of desperation, countless fans began approaching Jamison with their own confessions. Strangers on crutches, women with chronic lupus, and professors with headaches all needed the “empathy expert” to know that they were hurting, too, and that she had given them “permission to talk about what hurt.” The sheer number of these little offerings soon convinced her that “confession could be the opposite of solipsism,” a way of converting private pain into human connection. In Jamison’s formulation, generous readers transformed self-indulgence into public service. She ends the essay with a direct appeal to her readers: “thank you for making my confession larger than itself.”

In her memoir The Recovering, about her alcoholism and recovery, Jamison stakes her art on just such a chorus. The book embodies the pragmatic and community-oriented principles of Alcoholics Anonymous, the program that ushered Jamison toward sobriety and changed her understanding of narrative. “In recovery, I found a community that resisted what I’d always been told about stories – that they had to be unique – suggesting instead that a story was most useful when it wasn’t unique at all, when it understood itself as something that had been lived before and would be lived again.” AA meetings are all about sharing testimony, rehashing the same struggles and hopes over and over again. As long as you’re humble, there’s no such thing as a good or bad story. Jamison structures the 500-page memoir like just such a meeting, intertwining her story with a series of reflections on famous alcoholic writers and the myths that romanticize them; the origins and implications of American drug policy; and the ways her fellow alcoholics have found to stay sober. “When I decided to write a book about recovery, I didn’t want to make it singular,” Jamison writes. “Nothing about recovery had been singular.” She also needs to find a new form for the addiction memoir, a calcified genre so familiar and well-trodden that acquaintances’ eyes glaze over when she tells them about her new project. “Oh, that book, they seemed to say, I’ve already read that book.” Jamison’s choral structure, then, does heavy lifting as an organizing principle: She bends her personal philosophy into an aesthetic one. 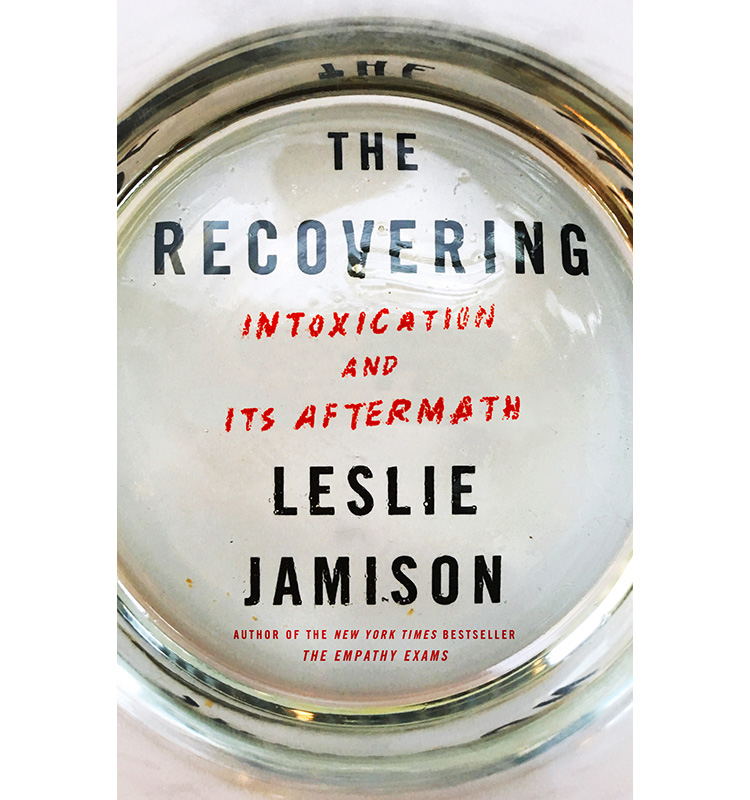 The philosophy of AA proves a useful corrective to Jamison’s long held belief that self-destruction signaled a deeper connection to the truth. “Booze helped you see, then it helped you survive the sight,” she writes, echoing the ideas of writers like Jack London and John Berryman (neither of whom lived to see their sixties). As Jamison points out, such ideas were comforting and self-serving, swaddling her addiction in a layer of superiority. She first begins to suspect her addiction might have no special meaning when she can’t tell a story about why she drinks. How do you tell a story without cause and effect? “My drinking had something to do with my family,” she writes, “and something to do with my brain, and something to do with the values I was raised to worship: excellence, enchantment, superlative everything.”

Looking for a cause, she uncovers little more than a delicate line of pain running through her life like a tripwire. As a kid desperate for attention from her much older brothers (serious, bilingual) and father (a frequent-flier economist), she learns to think, and think again, before speaking at family meals. As a teenager she starts cutting herself, drawn to the “physical and irrefutable” proof of inner suffering left on her skin by plastic picnic cups. Her freshman year at Harvard she stops eating, and learns from another girl in her dorm to drink mugs of hot water at dinner in the dining hall. This is a trick she picks up from afar, unable to overcome her crippling shyness: “My loneliness was a full-time job.” She soon falls in with the lit mag crowd, who haze her one night with screwdrivers and a pair of handcuffs. She wakes up in her room with a scribbled note from her editor, twelve hours lost. “I spent months telling people I’d been roofied,” she says. “Then someone told me about blackouts.” She ends the semester 25 pounds lighter but a little less lonely.

“Drinking felt like the opposite of restriction,” Jamison writes. “It was like finally going on vacation somewhere beautiful without having to pose for photographs the whole time.” Not that she doesn’t still pose for the visions of others. At the Iowa Writers’ Workshop, where she enrolls right after college, Jamison thinks she might actually find bar graffiti left behind by Raymond Carver. She does coke the way she’s seen it done in the movies. She’s 21 and soon collecting experiences as codified by male artists and the stories they tell about themselves: “I spent my days reading dead drunk poets and my nights trying to sleep with live ones.” With all its “buzz and glint,” drinking becomes a way of staving off self-loathing, or else of glorifying it. “I idolized the iconic drunk writers because I understood their drinking as proof of extreme interior weather,” she writes. Reading Denis Johnson, she starts to think of suffering as generative: “Something got made, like a jewel or a hatched bird, when people hurt.” The combination of a bad breakup and a studio apartment give Jamison the push to truly start drinking alone. When she goes out with friends, she can wait “patiently for everyone else to finish their first or second round, because I was already on my fourth or fifth.” She gets over the breakup after a while, but not before fashioning it into her first successful short story. “It confirmed my hunch,” which was that “things got dark, and you wrote from that darkness.”

This is a preview of one of our feature articles, the other 54% of this is available to subscribers. 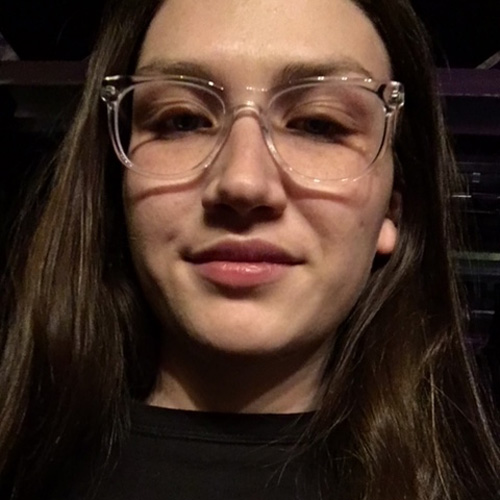 Jordan Larson is a writer in New York.