Alain Badiou Documentary in the Works will feature Badiou lecturing, talking about his life, and interviews.

Three Heat Wave Avocado Recipes, and a letter to some roommates in the fashion of R. Kelly’s Real Talk 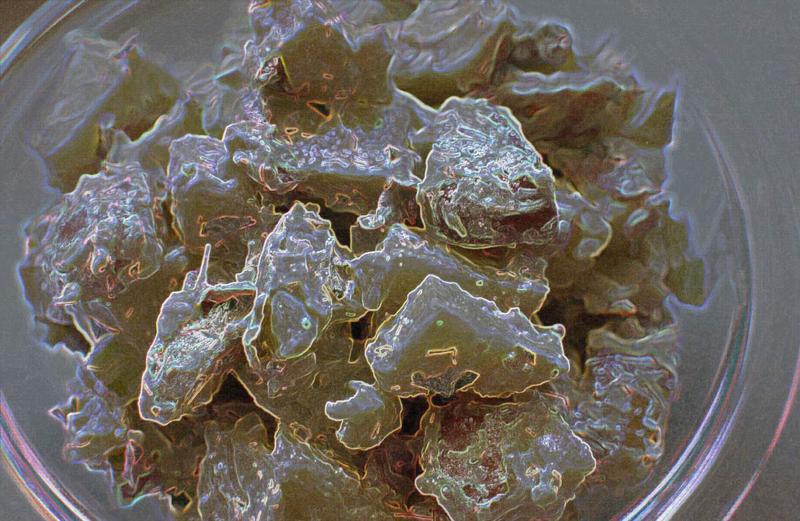 With the exception of a very expensive potato salad on Kickstarter – which is pushing a gross $70k (of it's $10 goal) of pledged cash – nothing important happened this past weekend. Unless you consider the slight-of-hand announcement made by the TSA last Sunday that “powerless devices will not be permitted onboard aircrafts” important. Just when I thought the airlines had finally seen the light about my phone on a plane: no, this thing won't 'interfere with communication and navigation equipment' and no, I don't 'want to drink any water you have pumped from that slime tank below deck that hasn't been scraped clean in a decade'.

A development in icy-hearted-institutions-do-millenial-social-branding news: apparently the CIA's twitter account has recently found some pencil-pusher's clever niece to spruce up what would otherwise be their feed of daily humble-brags about being more clever than the Soviets 60 years ago.

No, we don’t know where Tupac is. #twitterversary

I don't know whether to chuckle, or imagine a pair of jumper cables clipped to my nipples and toes.

Scientists in Massachusetts have developed a contraceptive implant chip which releases a daily does of the anti-implantation hormone Levonorgestrel. The subdermal twenty-millimeter chip can be controlled by wireless remote control and stopped at any time to “provide a certain convenience factor for those who are planning their family.” When asked about the how this remote device works, Dr Robert Farra said “Someone cannot reprogram your implant ... we have secure encryption.” Err. I was going to make a bad cyborg pun about your new 'Silicon Valley', but I'm really just too terrified.

Speaking of terror, it's with heavy Rorschach-esque heads that we heard the Insane Clown Posse lost its suit against the FBI, who issued a report in 2011 that rather arbitrarily designated the music group's 'jugallo' fan-base a 'hybrid-gang'. We covered the depressingly intense impact this gang-label has had on the juggalos in an article last May, but despite a 14-page long opinion, U.S. District Court Judge Robery Cleland seemed uninterested: the Justice Department “does not recommend any particular course of action for local law enforcement to follow.” Pssh, typical. #FTP.

No, really, fuck them all. A California Deputy got away with murdering a 13 year old kid yesterday. I don't even know what to say, besides: I'm sick of how tedious this particular kind of news has become, and: when is a black hole going to swallow us up already?! Like the decision Lafayette, Indiana made not to press criminal charges on a police officer who pushed over a kid in a wheelchair for “running over his foot”.

We have this recurring debate at Mask HQ about whether the tech industry will ever completely preempt the function and necessity of the State in capitalist modernity. Mostly, we're just trying to pass the time – but there are actually some maniacs who argue that the United States should nationalize massive tech monopolies like Google and Amazon.

Whether or not you have to set a preference in Google before you blow off voting, Tyra Banks believes we'll all have a robot secretary in the future. At least, that's number eight in the top ten list of cyborg prophecies she published in the Wall Street Journal yesterday. I'm not sure if it's fair for Tyra to appoint herself the Nostradamus of dystopian singularity, but perhaps this is just number ten coming true before my very eyes: “Women's empowerment will be an irrelevant concept because the balance of power between the sexes will have shifted dramatically.” Survey Says?

The first thing I saw on my phone after I woke up this morning was a tweet about a 28 year old Brooklyn woman who had been storing her mother's corpse in her apartment for the better part of the last year. Oh hell no.

It's ups-and-downs in the job market today; if you're in Ireland or the UK, what the fuck are you doing still reading this: Netflix is hiring someone to watch Netflix all day. This is quite possibly the first time a Yo' Dawg meme and a Not Sure If meme are mutually appropriate. But I did also say downs in the market: CRUMBS, a hip boutique cupcake chain closed it's doors on all the emotional-eaters and people with nothing but cute frosting art to post to Instagram. Is this bad news? Don't care. Let me know when I can order affogatos on Seamless.

A deadly 6.9 magnitude earthquake hit the west coast of Mexico near the Guatemala border yesterday morning, felt as far away as Mexico City. So, you know, who cares about your cupcakes.

Remember: always read the label. A scientist cleaning out an old storage room at the Center for Disease Control in Atlanta found vials of Small Pox sitting in a cardboard box. The contagion, thought to have been eradicated completely since 1980, was just sitting there chilling for who knows how long.

Speaking of strains in short supply, Seattle Washington is having the first legal pot supply scarcity (see what I did there?) this country has probably ever experienced. Apparently only one 'dispensary', or whatever they're called, made it through the red tape to be riding dirty on opening day. Now, their ten pounds are the only ten pounds above the table in the largest city in the state that just legalized recreational smoking. I'm sure the dudes will abide.

I can't tell you the last time I clicked on an article in my Facebook feed which included “Sex Tips” in the title. I'm no prude, but come on. *Dead Stare*. Anyway, I have to admit these “Sweat Free” tips made me look. Mostly because I came home from an out-of-town trip recently to find my roommates had made a strange DIY air-conditioner that looked a little bit like an R2-D2 shaped fleshlight.

And, shit, maybe you don't care about Miles Davis, but please at least pretend to for your Homeland fandom's sake: Don Cheadle successfully crowdfunded his Miles Davis biopic and released the first promo shot yesterday. Woo!

And finally, the real news:

Israel calls up 40,000 reserve troops following an escalation in tension between Hamas and other the Palestinian resistance groups, and Israeli settlements in and near Gaza. Israeli President Shimon Peres: “recognize Israel and declare that you are for peace, and you will be legitimized.”

Elsewhere, and not so unrelated: right-leaning Alex Jones enthusiasts have been gathering along the Texas border, near Marietta, to intervene in the deportation of undocumented migrants by blocking busses, complaining that the process isn't fast or thorough enough. Of course, since taking office, President Obama has deported more than two million people, there are 365 thousand pending deportations, and hundreds of crossing-related deaths per year.

Today's broadcast was brought to you by the letter T!