We Do Dumb Shit for Money

Laura Marie Marciano takes us back to the '92 Summer Olympics, a very painful time.

Quick Tips! How to handle your passive aggressive housemates. Found a weird note that upset you? Roxy will talk you through this. 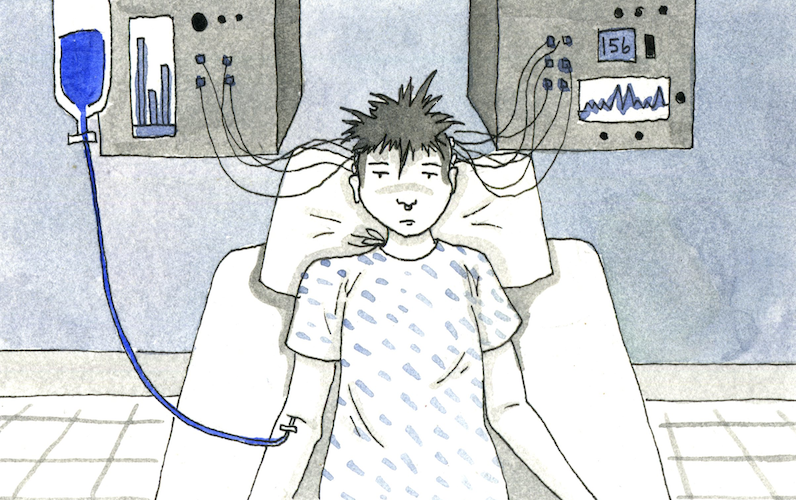 What do kids without real jobs do for money these days? Matt Casciano interviews five people looking for the answer.

We Do Dumb Shit for Money

I am never surprised by the things my friends do for work. My family is shocked, of course, and I’m sure people think we are all lazy and sad and aren’t “doing anything with our lives” or whatever. In some sense, they are not completely wrong. It seems like people my age aren’t really doing anything important, that it has become harder for the Millennials to land jobs and start careers.

Personally, I’ve had a few “real” jobs of greater and lesser legitimacy but I’ve been legally unemployed for almost three years. I’ve worked under-the-table construction jobs; in high school, I was a lifeguard; I was the only employee at an Italian frozen yogurt shop on the second story of the mall. That job was awesome because I read comic books all day, but the business failed and then I had to wait weeks and weeks before cashing my checks. An acquaintance hired me to convince people to participate in market research surveys, which I did for almost two years before my six-month stint delivering pizzas. During those months, I stole as much dish soap, garbage bags, and pizza as possible. When that ended in the spring of 2011, I started doing under-the-table gigs, return scams, focus groups and whatever else I could for money.

It isn’t just irresponsibility and sloth that makes us all failures. College diplomas mean jack shit. The people I know with diplomas all work the same stupid jobs everyone else does, except they’re in debt, so they can’t quit when they’ve had enough. I have friends with masters’ degrees working part-time in package stores, ex-regional managers living on saved up unemployment insurance, union construction workers taking part time jobs as line cooks – I could go on and on.

Aside from a few hairstylists, I don’t really know anyone who can speak meaningfully about stable and worthwhile employment. So, I decided to talk to some of my friends about this to see what the fuck they do for money and how they feel about it.

What do you do?

I’m a pizza slave. I’m a slave to pizza.

What do you do in your free time?

I mostly spend it doing crimes and hanging out. Loitering, shoplifting...

How did you get the pizza job?

Friend of a friend. Actually it was just my friend.

This is a preview of one of our feature articles, the other 82% of this is available to subscribers.

Matt Casciano is the Editor-in-Chief of Mask Magazine and an ex-punk living on the fringes of normalcy in Atlanta. If he's not drinking all of the orange juice you brought for the mixed drinks, he's in a cemetery making big hand gestures about an ancient civilization.