This Week in ACAB: 22 People Shot and Injured in Argentina after Police Crackdown on Anti-Government Protests

How To Survive Camping Leigh Barton’s guide to glamping on a budget.

Sleeping My Way Out Cynthia Spencer dropped out of college after a year of slut-shaming and bullying from her housemates at the feminist collective. 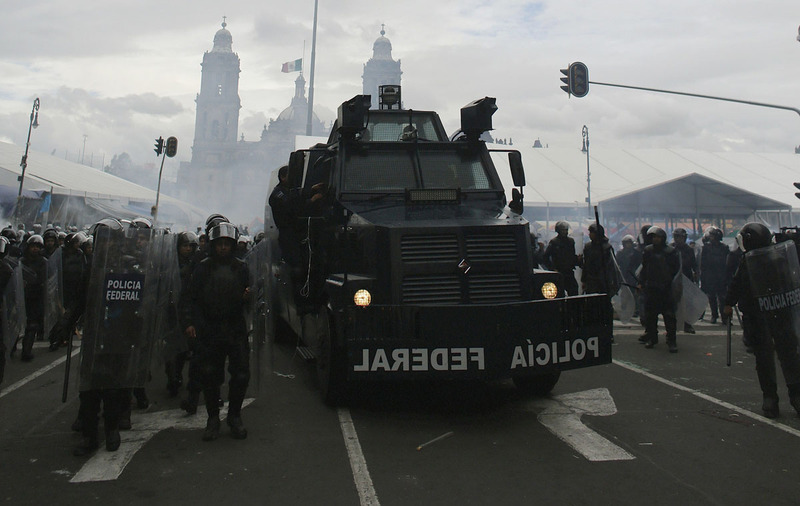 On August 23, elections were held in Argentina’s Tucumán province to determine the region’s next governor. According to authorities, Juan Manzur of the ruling Victory Front party beat his leading opponent, José Cano of the leftist Radical Civic Union party, by a substantial margin. Reports and allegations of electoral fraud soon spread, and the next night, thousands of demonstrators gathered in the central square of San Miguel de Tucumán, the provincial capital. The protests were peaceful until “los ratis” (as the cops are colloquially known in Argentina) began to fire tear gas and rubber bullets at protesters. By the end of the night, 22 people had been shot and injured. Police violence was widely condemned by the greater public, and despite brutal repression, and despite brutal repression, Argentines still came out the next two nights to protest. Following, the police chief admitted that he was responsible for the violent crackdown and was charged with “injuries, abuse of authority and failure to comply with his duties as a public officer.” The chief claimed that police actions were lawful and necessary after protesters attempted to enter government buildings and “threatened to burn the government house.”

A state of emergency was declared in Macedonia on August 20 in response to thousands of mostly Syrian and Afghan migrants trying to cross into the country from Greece on their way to other EU countries. Riot police armed with tear gas, stun grenades, batons, and armored vehicles were stationed at the border. A police spokesman claimed this heavy militarized presence was “for the security of citizens who live in the border areas and for better treatment of the migrants.” Unsurprisingly, the next day, police brutalized migrants, including many children, attempting to cross the border. At least eight people were injured. Outnumbered by migrants, the cops were overwhelmed and were forced away from the border.

The small town of Tangancícuaro in Mexico’s Michoacán province played host to its own Sandra Bland-esque incident except, on August 24, the people decided to fight back. A 24-year-old man known as Jorge L. was arrested two days earlier for disorderly conduct. On Sunday, the police claimed that they found Jorge dead in his cell after apparently hanging himself with his belt. Townspeople, including the man’s family, then accused the police of wrongfully arresting and killing Jorge. Townspeople gathered outside the mayor’s office to demand the resignation of the people responsible for Jorge’s death. When that didn’t happen, they began throwing sticks and stones at government buildings and set a patrol car and a nearby building on fire.

Meanwhile, back in the USA, over 765 people have been killed by police so far this year, including 30-year-old Charles Hall who was shot while he was trying to drive away from police.