This Week in ACAB: “How many kids have you killed today?”

August 11 marks the 50th anniversary of the Watts rebellion in Los Angeles. Here is a throwback look at the infrastructure of the riot.

Post-Ferguson Mixtape by ANTAGONISMS features artists who in the past year released songs about police violence and fighting in the streets. 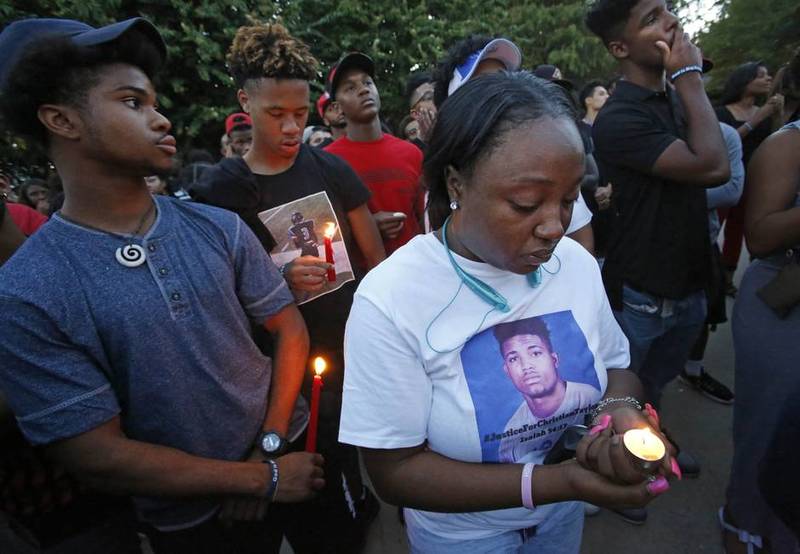 “How many kids have you killed today?”

There is a well-known #BlackLivesMatter chant that takes the form of a question towards police: “How many kids have you killed today?” This week, we witnessed the horrific ways that cops get away with shooting kids.

Of course, August 9 marks one year since the murder of 18-year-old Michael Brown in Ferguson, Missouri by Officer Darren Wilson. Protests and rallies in memory of Mike Brown are going down in Ferguson and throughout the US. Meanwhile, Wilson is pretty much in hiding and avoiding black people according to a profile published by the New Yorker on August 3. And in case you were still wondering, Wilson is also a poorly disguised racist.

Po-po in Trenton, New Jersey shot, but luckily didn’t kill, a 14-year-old boy near an elementary school on August 7. The cops say that they were responding to a report about a gun being fired in the area. After spotting the 14-year-old, the cops started chasing him and, they claim, the boy then reached for his waistband, took out a gun, and shot at them. The cops then shot and wounded the boy. As the kid was being placed on the stretcher, he asked “why they have to shoot me?” And later, when his (understandably) upset older sister arrived on the scene and demanded answers, the cops threatened to arrest her too.

On August 7, in Silopi, Turkey near the border with Iraq, Turkish police arrived outside the Başak and Barbaros neighborhoods with construction machines in order to fill up ditches originally dug to keep the police out. The Turkish 5-O reportedly then “entered the neighborhood with military tanks, fired shots randomly from their armored vehicles and began to raid houses.” A four-hour shootout then broke out between the Turkish police and members of the Kurdistan Workers Party (PKK). At least five people were injured. Three people were killed by the police in the battle including 17-year-old Mehmet Hıdır Tanboğa.

Meanwhile in Arlington, Texas, 19-year-old Christian Taylor was gunned down in less than 1.5 seconds by police-in-training Brad Miller. As surveillance video shows, on August 7, Taylor, a university football player in school on a scholarship, entered the Classic Buick GMC dealership and jumped on top of a car. After a little bit of property damage, Officer Miller arrived and quickly fired four shots at Taylor. Taylor was unarmed, but the cops claim that he refused to lie down to surrender and instead tried to escape. Miller, a recent graduate of the academy, was in the middle of his supervised field training and is now on administrative leave. Shortly before his death, Taylor had retweeted a story about white teenager 19-year-old Zachary Hammond’s death and tweeted various times about his distrust of police.

The USA’s police force has ended the lives of about 700 people this year so far, many of them young people, including 18-year-old Tyler Datillo who some cops with histories of brutality killed for allegedly threatening them with a knife.