The Man Who Shipped Himself from Slavery in a Box

When Blood Runs Cold Surrounding yourself with people, ideas, and creative energy is one way out of the overwhelming despair.

Black Data From slavery to political campaigns, black lives have been reduced to numbers, commodities, and revenue streams 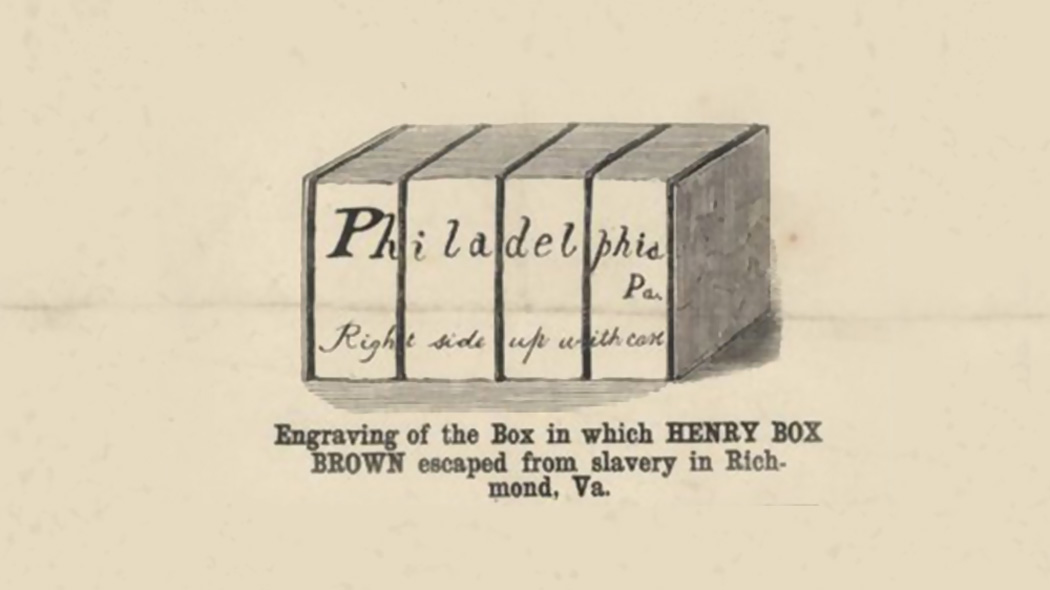 THIS SIDE UP WITH CARE

The remarkable escape of Henry “Box” Brown, who shipped himself from slavery in a wooden box.

As described by Joseph Campbell in The Hero with a Thousand Faces (1949), the monomyth is a template for “the hero’s journey,” a set of fabled tropes that are found in various mythologies across swaths of cultures and histories – from Inanna’s descent into the Underworld to Luke Skywalker’s transition from baby-faced nebbish to sister-kissing hero. There are 17 stages, beginning with a call to adventure and ending with the freedom to live. Practically speaking, this is the stuff of poetic self-actualization, a story so ingrained in cultural mythology we might find ourselves the hero, too.

Though Campbell was at risk of funneling these fables into universalism, the themes spill over into real-life-legends, the call to adventure taking the form of numinous religious experiences: Joan of Arc’s revelation, mathematician Srinivasa Ramanujan’s dreams of the Hindu goddess Namagiri (in which she would show him mathematical proofs). It was this sort of moment – profoundly mystical and redolent of God – that enraptured and led Henry Box Brown, a slave, to transform himself into mail and literally deliver himself from slavery: he shipped his own body in a wooden crate to Pennsylvania (then a free state), itself a strange act of magic.

Harry Houdini’s escape stunts be damned, Brown’s call to adventure was his freedom to live, spurred by his enslavement and the loss of his family, and his death-defying escape act was for no audience. As described in his 1849 autobiography, The Narrative of the Life of Henry “Box” Brown (dictated to abolitionist Charles Stearns and filled with his own antislavery sentiments):

... I felt my soul called out to heaven to breathe a prayer to Almighty God. I prayed fervently that he who seeth in secret and knew the inmost desires of my heart, would lend me his aid in bursting my fetters asunder, and in restoring me to the possession of those rights, of which men had robbed me; when the idea suddenly flashed across my mind of shutting myself up in a box, and getting myself conveyed as dry goods to a free state. (51)

Brown was born into slavery in 1815 or 1816, on the Hermitage, a plantation in Louisa County, Virginia. Though his experience as a slave is often described as “humane” and bereft of physical abuse, in Narrative, he likens slavery to “the commencement of a living death; a death never ending...Yea, even worse than that, for there, a God of love and mercy holds the rod of punishment in his own hand; but in our case, it is held by men from whom almost the last vestige of goodness has departed, and in whose hearts there dwells hardly a spark of humanity.” Upon the death of his owner, John Barret, Brown “hoped that he was about to confer upon us the boon of freedom, as we expected to be set free when he died.” Instead, he was enslaved by John’s eldest son, William.

In 1836, with the consent of their owners, Brown married Nancy, another slave. They had three children, but Nancy’s owner eventually broke a promise he’d made to keep her in his ownership and maintain her family. She was ultimately sold twice, and her third owner, Samuel Cottrell, charged Brown $50 a year to keep her from being sold again. In August 1848, Cottrell broke his promise, too, selling Nancy and her children to a minister in North Carolina. Nancy was pregnant with her and Brown’s fourth child.

This, in fact, might’ve been Brown’s first call to adventure, or call to action. His depression became determination to escape, and he requested the assistance of two friends – James Caesar Anthony Smith, a former slave with whom Brown sang in the choir, and Samuel Alexander Smith, a shoemaker. Brown was able to pay Samuel $86; Samuel reached out to James Miller McKim, who was part of the Pennsylvania Anti-Slavery Society, to detail their plan.

On March 23, 1849, Brown’s 5’8”, 220-pound frame was sealed into a wooden box measuring 3’1” long, 2’ wide, and 2’6” inches high. In order to skip work that day, he’d deliberately burned his hand with sulfuric acid; his wound in a poultice, Brown was crammed and crushed into near-darkness. There were tiny holes for breathing, and he carried with him biscuits and a small bladder of water. The box was labeled DRY GOODS and then, to ensure his remaining upright, THIS SIDE UP WITH CARE.

Brown traveled 350 miles for 27 hours, in a wagon, a steamboat, and another wagon – unmoving, so as not to attract suspicion. On the steamboat, he recounts being placed upside down:

...and in this dreadful position [I] had to remain nearly an hour and a half ... I felt my eyes swelling as if they would burst from their sockets; and the veins on my temples were dreadfully distended with pressure of blood upon my head ... (54)

A tired passenger, seeking a place to sit, flipped the box to its proper position, saving Brown from death. When he arrived in Philadelphia, he emerged – received by McKim and a host of others – and reportedly asked, “How do you do, gentlemen?”

Shortly after his arrival, Brown and Stearns wrote his autobiography, and he spoke at anti-slavery lectures around New England, eventually including with his speeches the painting “Mirror of Slavery.” This panorama painting on canvas, made in collaboration with artist Josiah Wolcott, featured 49 scenes depicting the violence of slavery. The show was a sensation, opening in Boston on April 11, 1850. Black abolitionist Benjamin F. Roberts would accompany Brown, lecturing on “The Condition of the Colored People in the United States,” while Brown told and sang his story.

Brown did not have a fan in Frederick Douglass, who felt that the disclosure of this mode of escape would prevent other slaves from attempting it – the secret, so to speak, was out. Samuel Smith even tried to ship two other slaves to freedom, and was sentenced to six and a half years in jail. (According to Jeffrey Ruggles, however, who wrote The Unboxing of Henry Brown, it was simply that word got around, prior to Brown taking his show on the road.)

The Fugitive Slave Act of 1850 sent Brown to England, where he became a sensational performer and “magician.” He gave abolitionist lectures and reenacted his passage in a box, traveling short distances of several hours, accompanied by James Smith and a noisy band. He released a new version of his narrative in 1851, with the addendum Written by Himself, and began to dress as characters: the “African Chief” or “African Prince” and, sometimes, “The King of Mesmerizers.” In reclaiming his lineage and sharing his trauma, he was as much an ostentatious superstar as he was an activist – magician and educator. In humanizing himself, he became super-human.

Brown eventually married an English woman, and apparently fought with James about his decision to not return for Nancy. Brown, in fact, wouldn’t return to the States until 1875, this time with his show, “The African Prince’s Drawing-Room Entertainment,” regaling his audience until, presumably, his death – of which there is no official record.

Indeed, Brown’s journey in a box – save for its end – was not unlike the Middle Passage, and if 1816 is his correct birth year, he was 33 during his escape – his “Christ year.” Controversial a figure as he was (the lack of literature on his wife, Nancy, is deeply frustrating), the box became, in hindsight, a kind of cocoon, a symbol of rebirth that Brown continued to embody throughout his lifetime, a freedom to live that consistently transformed. 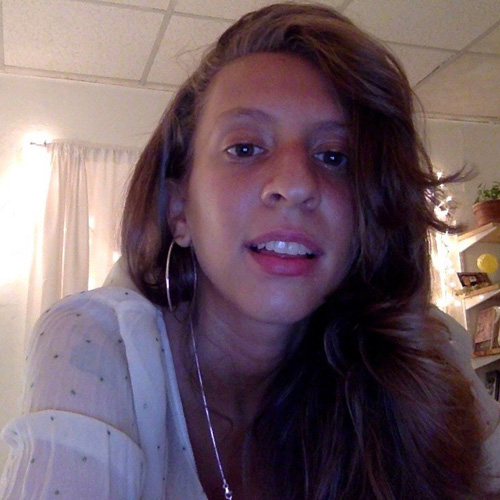 Monica Uszerowicz is a writer and photographer in Miami. Her writing has appeared in Hyperallergic, The Creators Project, Avidly, and elsewhere. She is the Film & Performing Arts editor for the Miami Rail.