M.I.A. video? More like super long GIF. Check out the video that's ripping across the internet with 3D printed guns, raving drones, and the “prole-stroll” of synchronized pop dancing.

You haven’t truly saunaed until you’ve been in a Finnish one.

The dressing room is decorated with sea charts, a taxonomic poster of Baltic fish, and cane chairs covered with soft cushions. An electric light bulb washes the room with a yellow-ish light. The only sounds come through a thick wooden door, beyond which the hiss of water on scorching hot stones mixes with the occasional beats of bundled birch twigs on naked, sweaty skin and the crackles of burning wood.

For the average traveler, the sauna is shrouded in mystery and often approached with prudish self-consciousness. In a post-Victorian sense, it seems impossible for a social gathering to succumb to sweaty nudity without Dionysian overtones. This fear of nudity as something opposed to the very foundations of society is of course juxtaposed with the hypocritical laissez-faire attitude towards the use of the naked, usually female, body in advertising or entertainment.

In Finland, however, the culture around the sauna challenges both the perversity-paranoid attitudes and the hyper-sexualized consumer culture that centers around the objectification of the naked body. The difference in attitude stems from the sauna’s deep roots in Finnish history and its monolithic place in Finnish culture.

The Finnish sauna has always been an interesting mix of sacred and profane.

Invariably, it has warranted reverence, coded into a myriad of rules, from the age-old ban on bathing late into Saturday night (lest the Devil skin you alive) to reserving the last steam, or löyly, to the sauna elf (lest he kill the bathing family). This respect for the supernatural remains a part of the sauna culture still today. For example, flatulence and shouting are frowned upon while inside the sauna.

The profane dimension of the sauna often concerns the harsh conditions of life in the cold, dark north. It used to be a recurring aspect of life, especially for rural Finns. Once, women gave birth in the sauna, as the room was both warm and sanitary with a supply of hot water. For similar reasons it was used in many folk-cure practices, such as bloodletting. To complete the trinity of birth, life, and death, the recently deceased were kept in the sauna before being buried.

Today, in a country of five and a half million people, there are over three million saunas. There are shared saunas in apartment buildings, public saunas at pools, company saunas in offices, private saunas in all types of apartments and houses, and postcard-perfect, often ancient saunas at Finnish summer cabins. Usually, one learns to bathe with one’s family as a child, regardless of gender, but adults go to the sauna in many different combinations, as indicated by these various types of saunas.

What is more, bathing in the sauna is not very sexy. People get very sweaty in saunas. Hot and sweaty. And not hot and sweaty like a Miami nightclub would. More like hot and sweaty with body hair sticking to reddening skin that glistens from the salty liquids pushing through every pore; sweaty like sagging breasts, testicles hanging low as they try to escape the heat, puddles of sweat forming under butts on the wooden bench. If you hit up a quick “sauna” search on PornHub you won't see very many clips with these signature elements of an authentic sauna experience. In this way, the sauna is ill-suited for worshipping the airbrushed naked body.

The Finns have crowded the dressing room, cracking open cans of lager, wrapping themselves in towels or letting it all hang loose on the outside stairs, steam rising from their bodies towards the summer night stars. Suddenly, the calm is broken by a loud giggle from inside the sauna: the Austrian guest has spanked his own ass with the bundle of birch.

The Austrian’s transgressive act of S/M curiosity remains unthinkable in the context of the steam bath for Finns. As technology, the traditional bundle of branches, vihta or vasta, would be perfect spanking equipment. However, it is reserved for washing off the dirt of the day and usually brought along on special occasions, like Midsummer. Titillating swings on one’s buttocks thus become almost impossible, culturally speaking.

Now, I’m not saying that no one’s ever done anything kinky in a Finnish sauna. The mystery of the sauna certainly calls for transgression. With mixed groups of friends, people might give each other interested looks. Everyone realizes that this will happen, but among close friends it generally isn’t a problem. A group can perform a series of subtle speech acts to decide if anyone will be uncomfortable with mixed bathing without putting them on the spot.

In a way, the sauna remains a room like any other. People have sex everywhere, from kitchens to foyers. The sauna is no different for Finns.

In 2010, the city of Heinola organized the 12th annual World Sauna Championship, an endurance competition with little resemblance to good-natured relaxation and opposed by the Finnish Sauna Society from the start. A Russian challenger, under the influence of strong painkillers, died of third degree burns in the final. A five-time champion woke up from a medically-induced coma six weeks later with scorched skin, burnt lungs, and shot kidneys. The competition has not been held since.

You’d think it should be clear to everyone that taking an already strenuous act to such extremes is a bad idea with unwarranted consequences. But the overall effect of the sauna on Finnish society is not as dramatic as the Sauna Championship story might let on. According to the Finnish Institute for Statistics, fifty-eight Finns died a sauna-related death in 2012, with thirty-three being under the influence. Overall, being in a sauna is no more dangerous than eating food, which led to fifty-nine casualties in the same year.

So if the sauna doesn’t kill or make Finns into the most promiscuous people in the world, what are its effects?

For one, it functions like a foil for the standard Finnish character. As many have observed, Finland often feels like a nation of shut-ins, uncomfortable silences, and obsessive concern for personal space. For many foreigners, the Finns’ reservedness takes time to get used to and their demeanor often feels rather icy at first.

But this first impression is quickly reversed when the same Finns invite their friends, foreigners indiscriminately included, to a night at the sauna and they end up packed tightly in the heat, butt naked. The alcohol makes the Finns much more talkative, and the reserved hosts soon become rambunctious, beyond hospitable, and eager to share the pride they normally keep to themselves for their unique, weird habits – some of which they take very seriously.

... Somewhere in Tokyo. A sign claims that the door leads to a Finnish Sauna. Entering, the two travel-weary Finns meet polite attendants, and grudgingly accept the towels they’re supposed to wear around the waist inside the sauna. After rinsing off the grime of a long day, they climb up the benches, only to notice in horror the sauna stove before them. The electric stove has no stones on it. There’s also no water to throw on it to feel löyly, the steam that only the sauna can guarantee. The room is dry as a hangover in Death Valley — sub-par for a sauna aiming for the authentic. They check the brand of the stove, and recognize it instantly to be “Made in Finland.” One heads for the anteroom, grabs a drinking glass, and, to the amazement and then protest of the attendants, starts throwing water on the red-hot coils of the stove. Finally, the room starts to feel approximately like it would at home. Some explaining is needed to convince the staff that the irresponsible tourists are not ruining the one specialty of their fine establishment.

In addition to the rules governing proper ways to bathe, the sauna carries around it a cult of appropriate nudity. For instance, in public pools it is not uncommon for parents to take their small children with them to the public dressing room and sauna, regardless of gender. In the context of the dressing room and the sauna, nudity is non-sexual, and not a big deal. On the one hand, children are felt to be safe in the sauna; on the other, their innocence is not ruined by the sight of uncovered body parts. Nothing teaches awareness of the diversity of the human body like a public pool sauna in Finland.

Regarding diversity: unfortunately the sauna remains a very heteronormative practice. While it remains ok for men and women to occasionally share the steam, to many a Finnish homophobe, the idea of gay men ogling at them (or young boys) in a public sauna is a recurring nightmare, and they would never consider bathing with someone “out of the closet”. To them, homosexuality is a much more dangerous subversion and threat than the tradition of communal bathing. There’s a certain paranoia to homophobia, and it seems the sauna brings it out specifically because it has such an ambiguous atmosphere. One’s repression of sexual impulses raises the fear that some Other might not play by that rule. The Finnish gay community has their own, sometimes secret, saunas; but this shows how people in the LGBTQ community have had to arrange their private lives for centuries, more than indicating some increasing inclusivity in sauna culture.

The sauna is a liminal space.

Between sacred and profane, public and private, it offers experiences ranging from relaxation to merriment, from deep contemplation to frivolous banter. It levels hierarchies, strips its bathers to bare humanness, brings together the old and the young. The sauna is a mystery that defies solution, but not in the sense of being beyond comprehension. For most Finns, the sauna is a must, something that is never drained of its potency to disengage you from everyday burdens, to induce a restfulness that can only be achieved through physical extremities and the meditative quality they engender. Finns fully understand what the sauna is capable of, but run into trouble trying to explain it. There’s no other option but to give it a shot. 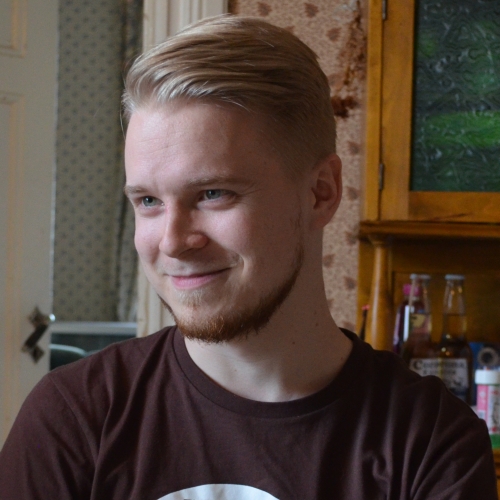 Esko Suoranta is a Finnish writer with a knack for factoids, pop-culture, politics, and literature. He studies English Philology at the University of Helsinki, and is currently working on his Master’s Thesis on power relations in William Gibson’s late oeuvre. Read his writing at Better than Sliced Bread.