Palm Desert In the Californian desert, a steamy romance turns ill-fated when their indebted friends asks for a favor.

This week in acab: Cincinnati police try their best to repress riots, and more stories of police fuckery. 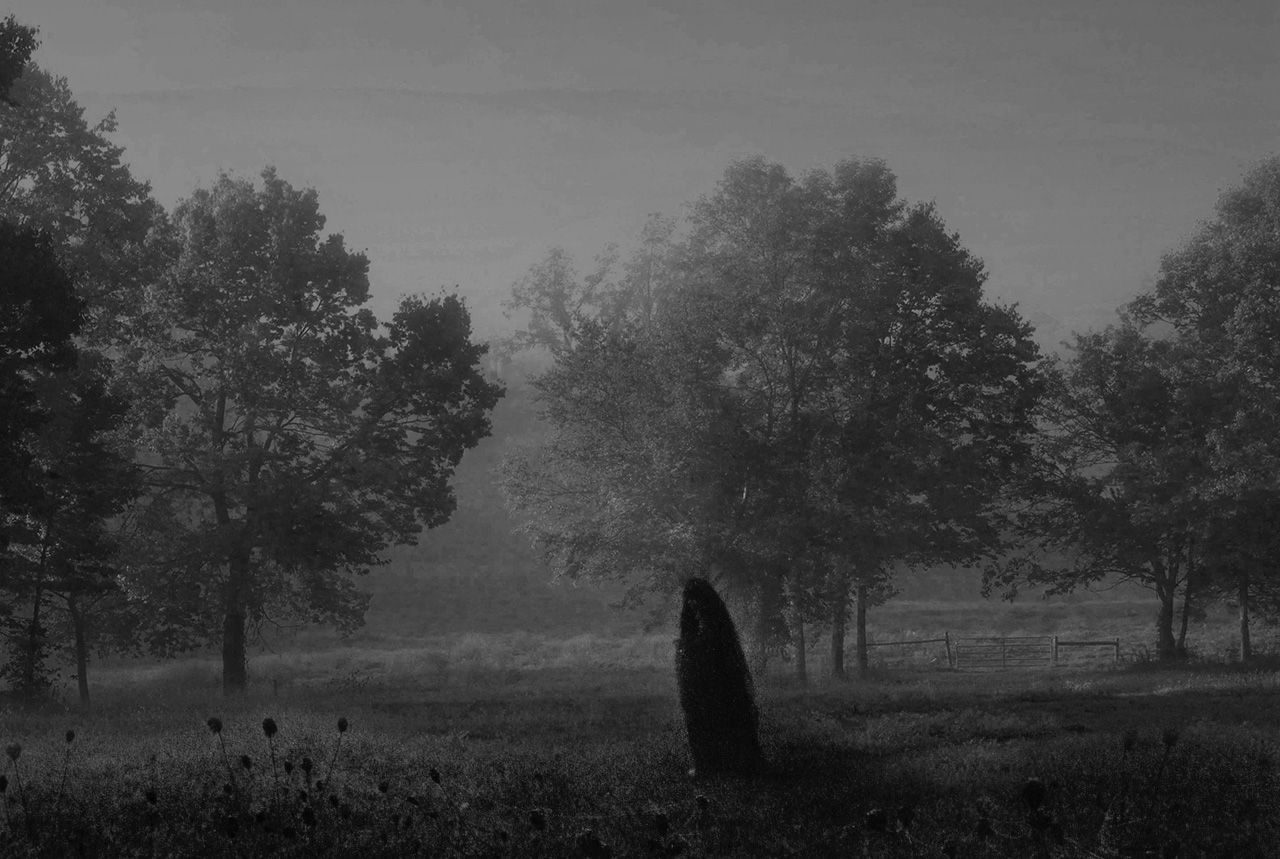 We often underestimate how much of our childhood we carry with us in the day-to-day – not to mention deeper inheritances, like religion and age-old superstition. Allison Stone digs into the occult undercurrents of her upbringing, and finds arcane skeletons and ghosts.

As a child I had convinced myself on more than one occasion that I could see ghosts. Maybe it was the imprint of a dense Catholic education and attending so many open-casket funerals. Maybe it was because my older brother watched too many scary movies. In any case, at ten years old, it is hard to erase the presence of a corpse from your malleable and hyperactive consciousness. These days, although I try not to think about anything for longer than maybe ten minutes at a time, I still carry a preoccupation with the supernatural. Of the many traits she passed on to me, my mother’s religious hypochondriasis manifests itself in me in its own ways – but I wear it more like paranoia, and superstition. My jewelry and key chains rattle with saints medals, gifted to me in earnest to protect me from evil. Although I usually pass for secular, the little jingling tokens spilling out of my purse and wallet always give me away. Certainly no amount of prayer or sacraments can stop a force of nature, but maybe it can act as a placebo for a few hours, while you prepare yourself to grieve.

Stepping into my childhood home you’re immediately surrounded by the cozy, unpretentious decor of a Midwestern homestead. Precious family heirlooms, religious paraphernalia and an array of knickknacks are littered about with the same level of reverence. On the kitchen table, bills and coupons pile up like a centerpiece. Rosaries are stuffed into the drawers full of envelopes and the nice table linens, ones that only get pulled out for special occasions. Looming above the family portraits and themed monthly calendar is a large, ornate metal Celtic cross. Among the decorative plates and propped-up greeting cards on the shelves of the antique hutch are a few vials of holy water, of varying size and origin. Before I leave for long trips, my mother makes a point to anoint me with the blessed water. I appreciate the gesture.

Through a macro lens, my home is a small dot on a map saturated with middle-American Christianity. Churches and chapels line the gutter of every small-town road as soon as you’re 20 minutes outside the radius of my Midwestern home city. The houses of worship are built in the image of the communities they inhabit. In the wealthier suburbs, large, sleek and minimalist mega-churches mimic their neighboring mini-mansions. But these parishes are nothing compared to the lavish Cathedrals scattered across Europe. Although modesty is a key tenant of Christianity, you wouldn’t know it from looking at our long history of elaborate and garish basilicas. The Crucifix, the full-body sculpted likeness of Jesus hanging in agony on the cross, sometimes features his pained and twisted expression. Large swaths of red paint bleed from his head, palms, feet, and side. The Protestant Reformation, a schism in Western Christianity, was sparked by a proposal to reject these icons that religious leaders considered superfluous practices of a corrupt and materialistic reign of Catholicism. Protestantism sought to worship without idolatry.

Catholicism is still characterized by this history of vanity and absurdity, exclusivity and mystery. The Vatican itself is its own legal state, and the occupants of the Papal throne have ranged from senile to murderous. In my lifetime alone, the Catholic Church has been rattled with numerous scandals, and yet we’ve seemingly avoided the level of outright mockery propelled toward other sects of Christianity, and the otherization, xenophobia, and bigotry projected onto members of non-Christian religions. In American popular culture, Catholicism is hypersexual, fearful, secretive, and reverent. After all, there aren’t Catholics behind the likes of the Westboro Baptist Church, the Creationism Museum, or 19 Kids and Counting. Where contemporary Hollywood pseudo-cult Scientology has been subjected to exposé-style documentaries and gleeful off-Broadway musicals, Catholicism has The Exorcist.

I still don’t know where you would go to acquire exorcism salts, nor have I ever found myself in a situation that would warrant their usage. I think you need some kind of permit or license that you can’t get at the DMV. But in a small, inexorably messy classroom at an elementary school in central Indiana, there were a few vials. While the walls of the neighboring classrooms were plastered with colorful posters touting facts and formulas, Mrs. G’s classroom was a bit different. Some form of religious paraphernalia occupied every inch of wall space. Crucifixes, reproductions of holy paintings, and portraits of hundreds of years of Popes and Saints crowded the stuffy room, which sometimes smelled of incense, but usually reeked of several dozen pre-teens. It was an odd relationship, to place Mrs. G, a deeply sincere and devout woman, in front of a horde of hormonal, judgmental urchins. While her students were grappling with the increasingly apparent sexual, bodily and mental developments of puberty, Mrs. G, with little pretense, told her own stories of visitations by spirits and sightings of angels. Her fervent religious paranoia echoed my own insecurities, and I eagerly lapped up every vaguely supernatural account of mysticism.

Transubstantiation, a former religion-class vocabulary word of mine, is the process by which the bread and wine served at Catholic Mass is transformed into the literal body and blood of Jesus Christ. Catholic educators stress that it is not a symbol, or representative figure of the body and blood of Christ, but a transformative, physical reality which we then consume. It’s one of the many inexplicable miracles that is core to the Catholic faith. When I was about 13 years old, my father, a closet atheist, began probing the nuances of my religious education. “Do you really think that the Eucharist is transformed into the body and blood of Christ?” I said yes. I didn’t see any reason why not. There are fragments of physical, but elusive evidence of Catholic mysticism: the Shroud of Turin, a piece of linen cloth claimed to be the burial cloth of Jesus Christ, Eucharistic hosts which bear fragments of human flesh and blood or have remained preserved for centuries, weeping statues of holy figures which produce oil or blood. Padre Pio, one of the most contemporary canonized saints, bore the stigmata – inexplicable, permanent wounds in the palms of his hands that mirrored those Christ received when his hands and feet were nailed to the cross. The stigmata first appeared in 1918, and lasted until his death in 1958.

Approximately ten years following the severance of my Catholic education a story surfaced about a “Demon House” in a town just a few hours north. I couldn’t read the various, muddled, conflicting reports fast enough. The story itself feels exploitative and is riddled with holes, the premise for a reality show waiting to happen. Still, I couldn’t shake my own paranoia for several days, the lingering fear and anxiety that my own home and soul could be rattled by demons. I suppose these habits are the after effects of my religious upbringing.

These days, although I attend Mass rarely, I find myself exploring the more accessible, mainstream facets of spirituality and the occult: Astrology, Tarot, Numerology, and so on. While explaining a birth chart to a friend, he asked me, skeptically “How does this even work? The placement of the stars at the time of our birth just shapes our personalities?” I was totally blindsided. I’m sure there is an explanation, but to me it didn’t even occur to investigate. In Catholic study, you always reach a point where there is no longer a tangible explanation, a gap in reasoning between the capabilities of the human consciousness and the capabilities of God. This gap is what is referred to as faith. What I’ve come to understand with age is that there is no subject for which this gap of reasoning doesn’t occur. I faithfully assume my loved ones will not hurt or betray me. Although I am not a doctor or engineer, I faithfully trust technology and medicine to assist me and keep me in good health. I, of course, like anyone else, do have moments of doubt and questioning, particularly in the face of suffering and injustices. “Religion is the opiate of the masses” seems like a false equivalence to bear on the catalyst of so many fanatic compulsions, hellish, unending wars and inexplicable miracles. Truthfully, religious or not, the daily weight of existence would be simply unbearable without some suspension of blind faith. Isn’t it enough, after all, to simply have faith? 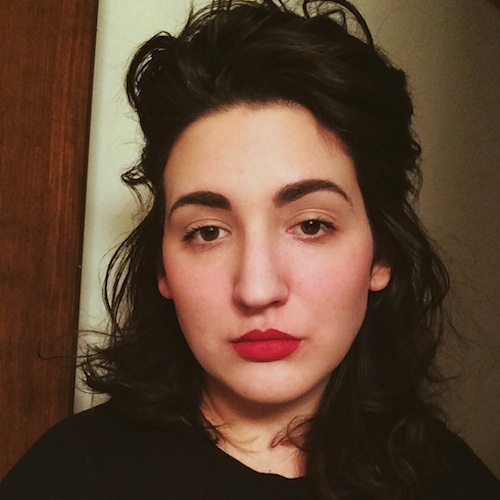 Allison Stone contains multitudes, but spends most of her time trying to keep it to herself. Everything she doesn't can be read on twitter.