Anything for Selenas Muna Mire and Aaron Cantú remember Selena Quintanilla-Perez on the 21st anniversary of her death.

How To Get Rid of Scars Long and short term beauty tactics to erase scars, for now and for good. 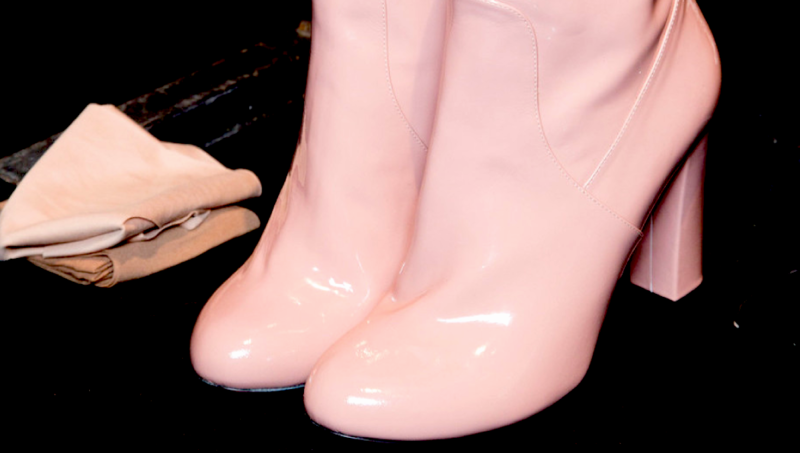 When I was younger there was a man I wanted to make love to but he wanted to save me. He felt I wasn't living my best life and he wanted to advise me, as so many men had before him, as to how I might live better. Namely, he was concerned that I was always broke and had little financial ambition. Countless times I sat across him at a cafe, eye-flirting while he would just sigh exasperatedly as I attempted to explain that I was probably just one of those people who would never make a lot of money. He had an unshakable belief that anyone and anything could make a lot of money, if you just put your mind to it. But how do you put your mind to it when your mind is a swirling mess of disbelief in your own abilities coupled with a resistance to the very concepts of money and marketing? One solution is to readjust your whole conception of the good life, of what getting it means, to look outside of notions of capitalistic gain for satisfaction, and to find ways to live on as little as possible while keeping your eyes and ears open for people who are equally interested in alternative systems.

I've grappled with how to make a living while being aggressively opposed to full time jobs and doing what I'm told my entire adult life. The things that I enjoy doing make little to no money and my brain doesn’t work in a financial-scheming way. I went to university in New Zealand where, because we’re a nasty socialist state, university students are entitled to a weekly stipend if their parents are not able to provide financial support.

If you had one or more living parents who earned above minimum wage you had to pay the stipend back and if you failed to pay it back at the end of the academic year you would accumulate interest. I had a good friend at university who had four living parents and a part time job. He took his yearly stipend as a lump sum and put it in a year-long investment account. At the end of the year he returned the initial sum to the government and pocketed the interest he'd earned. My mind does not work like this. When he informed me of his scheme I kicked myself – until I remembered that I needed that paltry stipend to live on.

In some ways my ability to accept my lack of riches comes from growing up without money and with a mother who knew how to work the system. She taught me everything she knew about thrift shopping, stretching airport VIP lounge admission policies, and scoring free coffees. In her solo show Gonne, Strange, Charity she had a skit about killing two birds with one stone by printing her scripts at a fancy yuppie photocopy shop. "At 10 cents a copy it's the cheapest latte in town," she said with a grin. She encouraged me at every step to develop a money-making skill so I could support myself if (or in her view, inevitably when) my creative work failed to make a profit. It was at her behest and dogged encouragement that I finished undergrad even as she was bedridden.

She was also a firm believer in rewarding yourself even as society pressures you to “put something away for a rainy day.” (Under our current socio-economic system it's always a rainy day anyways.) An avid believer in the power of a vintage cocktail dress or lace body suit to lift your mood, she would argue that getting it when you haven't got much included investing in top quality stage makeup and skimping on roof repairs. The onus always falls on poor people's shoulders to be extra careful with their meager income, but we’re never going to be able to afford a package cruise or new roof, so why berate us for buying a new lipstick.

When I think about it, my concept of a "career" is way too antiquated to be helpful in today’s world. As I tried telling the mansplainer whose advice I only tolerated because he had very long eyelashes, I wouldn't even know which words to type into a job search.

At least teaching has afforded me the option of working fewer or more hours depending on my present financial needs which fluctuate depending on paid freelance work. It's a social job where I spend time away from a computer talking to people. I learn a lot from my students and have made some great friends. But there's no denying my position is precarious and subject to market needs and immigration policy. I have no health insurance and extremely limited sick leave. I work many more hours than I'm paid for (don’t we all).

Under these conditions, my current conception of “getting it” has had to shift dramatically from teenage dreams of escaping the New Zealand welfare system and finding riches in my birthland, to focusing less on financial gain and celebrating other forms of success. There’s joy in banding together with my fellow insurrectionists, bemoaning our current economic structure and plotting its downfall. We take pride in small victories. Our success is in completing an artistic project or receiving accolades for them. Getting it is, for me, a state of mind, a coping mechanism, a sense of resistance against a system that doesn't want us to get any of it.