Bad News: In Some Cases There Will Be No Hope

On Queer Privilege Our new columnist Fuck Theory gets down and dirty with queer theory.

This Week in ACAB Police officer shoots his own car and outs blame on made-up fugitive gunman. 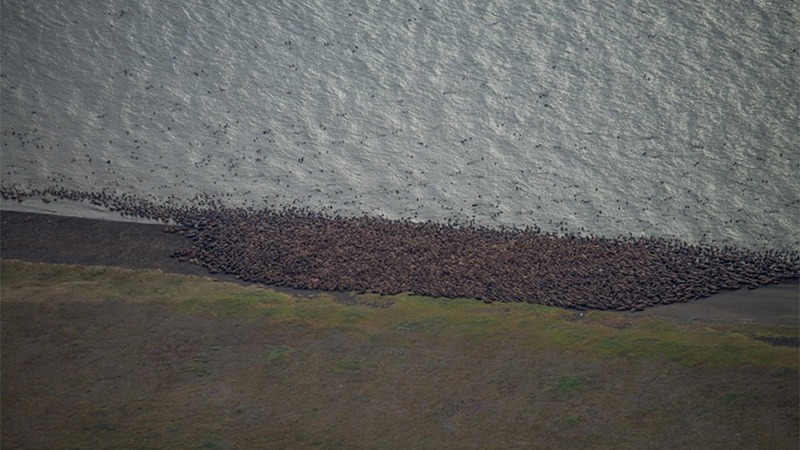 In Some Cases, There Will Be Absolutely No Hope

Welcome to the season premiere of Bad News! It’s Labor Day, 2015. That means it’s time to open your refrigerator/wallet/retirement/psyche and contemplate why you’re so empty. Wake! Strike! Seize the means of production! By any means necessary! Roll up your sleeves! Sharpen your knives ye cowards and to the barricades!

If you spend most of your life scrolling through the endless chatter on Twitter, you might be under the impression that the worst news of the week was a few problematic moments at the MTV Video Music Awards and the increasingly lethal conflict between police and people of color. But no, unfortunately the bad news does not end there. In fact, this first week of September saw a record-breaking terrible number of events. There is barely time to pull the blankets up over your knees and steep your crisis tea, so quick cue the soundtrack and let’s get started:

Two weeks ago, I was watching Charlie Rose on Bloomberg TV and noticed a lot of red in the corners. All of the major global indexes seemed to be in after-hours free fall. The DOW, VIX, S&P 500, Footsie, Nikkei, Shanghai, et al. were collapsing rapidly. I thought to myself “whoa, three percent!” I immediately forgot about it because who fucking cares, but Monday morning (afternoon) I crawled out of bed and unlocked my phone. Market. Volatility. Disaster. A week later, the global economic climate is still in shock.

Researchers at the University of Illinois found that people shoot more quickly at someone if they are black, dramatically reducing the amount of time they have to consider whether their life is actually in danger. Apparently, it takes compiling 42 comprehensive trigger-bias studies to prove what literally any reasonable person alive at any point in the last I dunno two centuries has already determined for themselves. Worse yet, not only are gun-users more quick on the draw when targeting a black person, black people are more likely to be fired at to begin with. *Takes a big gulp of whiskey. Cries.*

Meanwhile, as China prepares for their annual WWII memorial celebration, they’ve enlisted a battalion of trained monkeys and falcons to decimate migratory bird populations, which apparently pose a threat to aviation safety during the celebration. Is there no chill left in this world?

Speaking of things no longer in the world, President Obama took a trip to Alaska this week to tour the disastrous effects of climate change. You might have heard about this on social media, where news of his restoring the name of Mt. McKinley to Denali circulated ad infinitum. Like all political PR tricks, this was a shallow gesture: the state of Alaska renamed the mountain to its original indigenous name way back in 1972. Hey, fun fact: did you know that Denali was renamed to commemorate President McKinley after he was assassinated by an anarchist?

Anyways, Obama spoke at the Glacier Conference about the social and economic impact of climate change in the Arctic. If you have nothing more interesting to do with your life (raises hand) you should watch video of his remarks, which are full of pure apocalyptic gold:

If anything bad happened on Tuesday, you wouldn’t have heard about it over the vibrating din of existential dread caused by the killing of a police officer in a small town north of Chicago, Il. The killing triggered a manhunt for “two white men, and one black man” that is still underway almost a week later. They’re shutting down schools. They’re setting up checkpoints. They’re running around with dogs. Meanwhile, police have killed more than 800 people this year alone, and cops are 300 times more likely to commit suicide than be shot and killed by someone else.

As civil war and conflict in the Middle East accelerates a mass exodus from the region, tens of thousands of refugees are fleeing to Europe. Today, shit got out of control in Hungary, as trains in Budapest were closed leaving thousands stranded and homeless.

In his desperate attempt to keep the Catholic church relevant, Pope Francis called priests to “pardon” women who have had abortions as a part of the coming year of Jubilee. If you don’t know what Jubilee is, you should look it up, it’s pretty tight. The short version is: every so often, Leviticus prescribes a forgiveness of debts in land and property, and the freeing of slaves. The sad version is that the Pope is suggesting that having a medical procedure performed incurs a debt to God that must be forgiven by (go figure) his holy actuaries! Nice try, nice Pope. Still fucked up.

Nothing happened today, unless you count the former assistant director of the FBI Criminal Investigative Division’s editorial blaming the string of cop killings on the #BlackLivesMatter movement. He says chanting things like “What do we want? Dead cops!” is an indication that protest movements should be held responsible for violence against cops. What’s my take? Well, the DIY punk and anarchist community has been saying shit like this for the last three decades to basically no effect. Could there possibly be another reason why people are hunting cops down? Hint: it rhymes with “Schmanti-Schmolice Schmilitant Schmuprising”.

Yep, that’s it. That’s all that occurred today. For your own sake, please ignore this study published in the journal Nature which finds that the global number of living trees has fallen 46% since the start of human civilization.

Throwback Thursday began with a cute little memo from the Pentagon announcing the discovery of leaked live anthrax outside of a research facility in Utah, motivating officials to impel the “freezing” of at least nine biodefense labs around the country. Kewt.

While we’re on the subject of potential widespread die-offs, let’s turn to the Not Soon, Now desk, where a report of a mass death event is responsible for 60,000 dead antelope in Central Asia is currently being folded into a paper airplane.

In why-haven’t-we-gotten-a-clue news, a coalition of police agencies announced that it had arrested more than 1000 “sex traffickers” over the summer. They claim to have been “targeting the demand” in the sex work industry, but to anyone paying attention, it has meant a blatant repression of online platforms for sex workers like the rentboy.com raid, and backpage.com shut down. Don’t get it twisted: repression is what it is – constant state violence against marginalized people, in this case sex workers who have been telling us for generations that safety and criminalization are mutually exclusive.

Have you ever been idling in a car, staring out at the network of security cameras, squad cars, cell towers, and reconnaissance drones, and thought, “boy, what if some aspect of my life slips through the cracks of the matrix?” Well, you may qualify for a new pilot program being tested in New York City, where the Department of Transportation is placing little “black boxes” on resident’s vehicles to live-track their movement habits.

A twelve-year-old girl in Essex, England received the highest Mensa test result ever recorded, scoring a perfect 162 – higher than Stephen Hawking and Albert Einstein and me.

The Bay Area is normally pretty fucking depressing, but today it was especially so, as a trip to Whole Foods with an EBT (food stamps) card ended with a bloody assault for one black man. The security guard just attacked the guy, apparently offended that he was buying healthy food with supplemental money provided by the state.

Today, some dusty wingnuts from MIT claimed to have invented a topical “bacterial mist” that dissolves “bad” bacteria and leaves the “good” stuff eliminating the need for showers or other hygiene products. All I have to say about this is that if this were sprayed on me back in my traveling anarchist days, I would have completely disintegrated. So look out for that new Oogle Mace.

Everything is perfectly chill as of Saturday, unless you count the growing rumors that Russia is setting up military bases in Syria and Lebanon amidst the power vacuums there caused by widespread civil war and conflict.

Things are really shaping up here in the United States. There is no cause for alarm. It’s not as if there is an apartheid state here. It’s not as if black and brown people are being gunned down in the streets by the state. It’s not like there is a growing renaissance of civil-war era sentiments coming from white supremacists. Everything is going to be a-OK. So long as guns don’t flood into the marketpl— whoops, spoke to soon, the FBI announced today that 1.7 million background checks for new gun purchases were filed during the month of August, that’s the highest monthly tally of new gun owners ever recorded in the United States.

What’s it called when you laugh because something is like sad and beautiful and pathetic and disgusting all at the same time? I guess I’ll just say “lol” for this: a woman in Illinois was trying to sue a sperm bank for accidentally impregnating her with a black man’s sperm. She lost the case, and here is the sad part – she had the kid three years ago, and the same-sex couple claims to have loved her all along, but that they didn’t have the “cultural competency” to raise her in these times of heightened racial tensions. As forehead-slapping as this case seems, it should be genuinely insightful: her claim is that the economic consequences of having a black child in this society are real, and that she’s entitled to the same damages as sperm banks are typically liable for in cases of undisclosed congenital or hereditary disease. We live in hell.

Remember last year when the disappearance of 43 students in Mexico caused an international scandal? Well, the official story from the Mexican government was that a drug cartel “mistook the students for a rival gang”, and burned them all in a local garbage dump. But a report published today by the Inter-American Commission on Human Rights claims “that event never took place” and suggests that the government’s investigation of this case is intentionally falsified.

Blazed economists agree we can definitely take at least a few more hits of off planet Earth before extinguishing it! Overworked counselors recommend controversial “just bottle it up” therapy! Scholars simply cannot! Pumpkin spice flavor loses decisive ground to “pepper spray”! Bureau of Labor finds police too stubborn to quit their job, even with their family begging them, communities hating them, and entire concept ineffective and dangerous!