This Week in ACAB: No Charges Against Deputies Who Tasered Natasha McKenna to Death 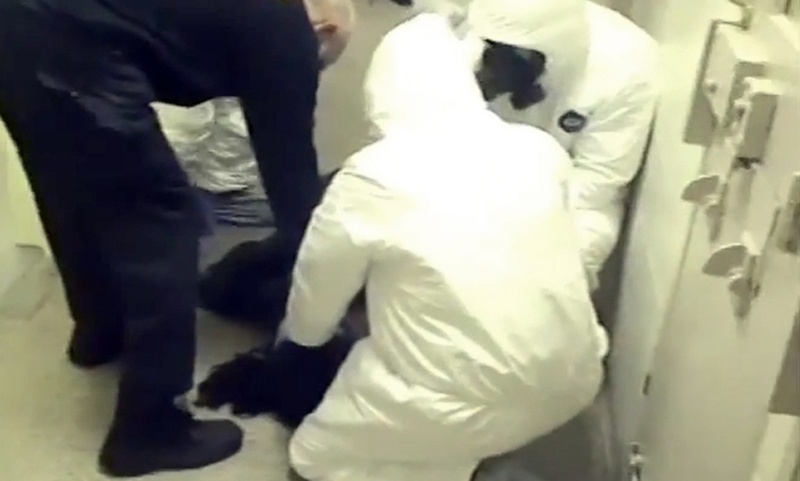 No Charges Against Deputies Who Tasered Natasha McKenna to Death; Sheriff Releases Video of the Incident

This week, cops around the globe proved once again that they can pick on the powerless and get away with it.

Since September 3, on the Greek island of Lesbos, police have attacked refugees from Syria, Afghanistan, and Iraq multiple times as they wait (many for more than a week) to be processed and allowed into Europe. On September 4, police began getting violent with refugees attempting to board a ship and soon refugees began throwing stones at cops. The next day, Greek police beat one refugee unconscious with a baton as other refugees pelted the cops with bottles and stones. On September 6, hundreds of refugees protested against their treatment as cops beat them and called them animals, and the day after that, clashes between cops and refugees broke out yet again as refugees attempted to board an Athens-bound ship.

On September 8, Brazil’s police entered the Manguinhos favela in Rio de Janeiro in search of four people suspected of killing a cop in April and soon got involved in a shootout with a group of people. One of the bullets let off during the gunfight ended up hitting and killing 13-year-old Cristian Soares Andrade as he played soccer nearby. Afterwards, eyewitnesses say cops tried to clean up the crime scene. The next day, about 100 people showed up to Soares’ funeral where his mother was so distraught she fainted.

In Turkey, the mostly-Kurdish town of Cizre has been under curfew since September 4 as Turkish police battle Kurdish militants. Kurdish sources claim that at least 20 civilians have been killed by police since then, while Turkish authorities claim that almost all of those killed were Kurdish militant fighters. Human rights groups have received reports of “disproportionate use of force” by police. Kurds from neighboring towns, including politicians, also attempted to march into Cizre to show support for the Kurdish resistance but were violently stopped by police.

Back in the USA, on September 9 in Washington state, the Franklin County prosecutor announced he would not to bring charges against the three cops who killed Antonio Zambrano-Montes on February 10. Zambrano-Montes had been throwing rocks at cop cars before cops shot him. On September 8, in Virginia, the Fairfax County Commonwealth’s Attorney announced he would not bring charges against the deputies who tasered mentally ill Natasha McKenna on February 3 until she passed out and then died on February 8. Then, on September 10, the sheriff then released video of the incident showing a naked Mckenna being tasered four times.

The NYPD tackled and arrested tennis star James Blake on September 9 after mistaking him for a credit card fraud suspect. The cop who tackled him also tried to cover it up and has a record of abusing his power. On the West Coast, Fresno police shot three people in five days ending with the death of Casimero “Shane” Casillas on September 7.

More than 805 people have been killed by the US police so far in 2015 including Ben CdeBaca in New Mexico who allegedly just happened to die right after being arrested.