Try Turning It off and Then on Again

This Week in ACAB Police officer shoots his own car and outs blame on made-up fugitive gunman.

September Horoscopes September will feel very short for how busy we’re all going to be. 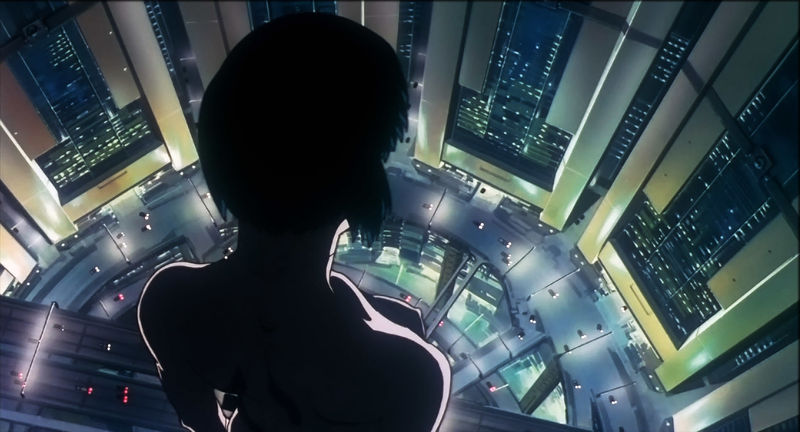 Try Turning It off and Then on Again

This month, we turn to the Hacker for inspiration. We’ll reach our hand out of the vortex, hoping they’ll grab it, and forgive us for calling them nerds.

“Stealing is stealing whether you use a computer command or a crowbar.”
— Carmen Ortiz, prosecutor in legal case against Aaron Swartz

Ask anyone who was around for the early days of the internet about what it was like, and you’ll light them up with tales of hope. The dream of early hackers was that the internet would make information free and open, raise our standard of living drastically, and completely decentralize power. From the MIT hacker clubs to early cyberfeminists, the anthem was that the cyber age had the potential to rupture all of the old power structures, and unite people across race, class, gender, and sexuality.

Of course, some were more suspicious of what technological advancement and networked communication might bring in the 21st century. Ted Kaczynski predicted a world of hyper alienation, where people and data would be indistinguishable raw materials whose movements would rapidly accellerate the destruction of the planet’s ecology. Scifi writer William Gibson imagined a postindustrial dystopia, where human life is confined by rapid technological change, and society is made up of loners who struggle to feel ownership over their very existence.

Shortly thereafter, the dream of an ungovernable internet began to crack. Following the release of the movie WarGames – where a teenager hacks into the “wrong computer” threatening to ignite World War III – the government enacted no fewer than six anti-hacking laws. Congress even watched clips from the movie during the hearings. As Stephanie Schulte writes in Cached: Decoding the Internet in Global Popular Culture, “WarGames helped merge Cold War anxieties with those involving teenaged rebellion.”

Over the next two decades, a series of laws were passed to criminalize actions and intentions, extend sentences, classify hacking crimes as felonies, and generally make sure the kids knew not to play with the devil.

We’re still living through the culmination of all of these attempts to regulate the internet. One tragic example of this is the case of Aaron Swartz. Swartz was a 26-year-old computer programmer and research fellow at Harvard University who wrote a script to download journal articles from JSTOR and make them freely available. He had the right credentials, but his crime was to automate the process, to be too fast. Charged with a dozen violations of the Computer Fraud and Abuse Act and facing 35 years in prison, Swartz denied a plea bargain and committed suicide before the end of the trial.

In the keynote address during this year’s Black Hat conference, Jennifer Granick’s message was clear: The dream of internet freedom is dying. Not only has it become obvious that racism, sexism, and bigotry thrives online, but our communication is under constant surviellance, and our ability to study how programs operate is curtailed by corporations and licensing laws. Instead of the decentralized networks imagined by early internet evangelists, we rely on centralized platforms where algorithms control what we experience and use our behavior to maximize revenue. We’re approaching a world where we’re surrounded by a bunch of black boxes communicating with each other and determining our lives in ways we are not allowed to understand.

A strange side-effect of all of this data revenue is unemployment. Someone who’s written extensively about this is one of the inventors of virtual reality, computer scientist and philosopher Jaron Lanier. He argues that in previous centuries, workers were able to strike to prevent technological innovations from creating unemployment. By reducing our productive labor to a collection of miniscule gestures, companies can now convince us that our work has no value. But with a big enough computer, our collective “miniscule gestures” in fact have incredible value, and companies can use that value to topple entire industries, leaving millions out of work with no corresponding new jobs to take on.

The most valuable commoditity today is data. And by convincing us to produce it willingly and without compensation, we come to confuse our production for consumption, and so the workplace becomes both everywhere and nowhere, our lives become both worthless and incredibly valuable.

The internet often feels like this independently-acting, spaceless, magical force that exists nowhere and everywhere at the same time. We call it the cloud for a reason. But the cloud is a terrible metaphor; the internet isn’t a million water droplets floating around in space. It’s made up of a fixed number of companies controlling all of the internet that we use. Really, it’s just a few.

Perhaps many of us were seduced by the techno-utopian promises more than we admit. On the web, we’re able to live in the fantasy that we’re independent artists and thinkers and producers. We even hide our “real jobs” to keep performing this illusion that it works.

“My name is Trinity.”

“Trinity. The Trinity? That cracked the IRS Database?”

“That was a long time ago.”

This new economy of data is an economic apartied. A system of segregation is in place seperating those who understand how the whole thing functions, and those for whom it is all merely magic. Most of us are in the latter camp, tapping and swiping and liking and asking Google about our ailments and not really clear about how our email gets from a laptop in Brooklyn to a smartphone in London. Radio waves? Laser beams? The sky? Satellites or something? Underwater pipelines?

But there are some of us who do know how this stuff works. You might think it’s just a bunch of white bro-ey suburban transplants living in the Bay Area. But there are actually lots of women hackers, lots of queer hackers, lots of black and brown hackers, lots of transgender hackers ... and there always have been. Most of the technologies you use today were developed in the margins of society. The reason you might not have heard of any of them is because they are constantly excluded and criminalized. Not just by the social forces always bearing down us, but also the toxic culture of the technology industry.

The criminalization of the independent hacker has far-reaching, terrifying consequences. During the primitive accumulation stage of early capitalism, witch hunts wiped out massive populations of the women and queers who practiced and refined the folk customs which were necessary to survive outside of industrial society. The result was a domesticated population clueless about how to care for and nourish their bodies. Today, our bodies are becoming less tangible, built up mostly of metaphysical associations tracked by massive databases and held in secret. As we lose control over our lives to companies that own computer networks, the hacker becomes our lifeline to understanding and reclaiming the agency we should have over our lives.

So this month, we turn to the Hacker for inspiration. We’ll reach our hand out of the vortex, hoping they’ll grab it, and forgive us for calling them nerds. We’ll talk to programmers and people who grew up with cyberpunk, we’ll find tales of megaleaks and historical hacks and mischief.

Mask Magazine itself is an experiment in not asking for permission and figuring out how things work by making them from scratch. We can’t wait to launch some of the new projects that we’ve been cooking up over the summer. Hack the planet! Oh, and the horoscopes are back!