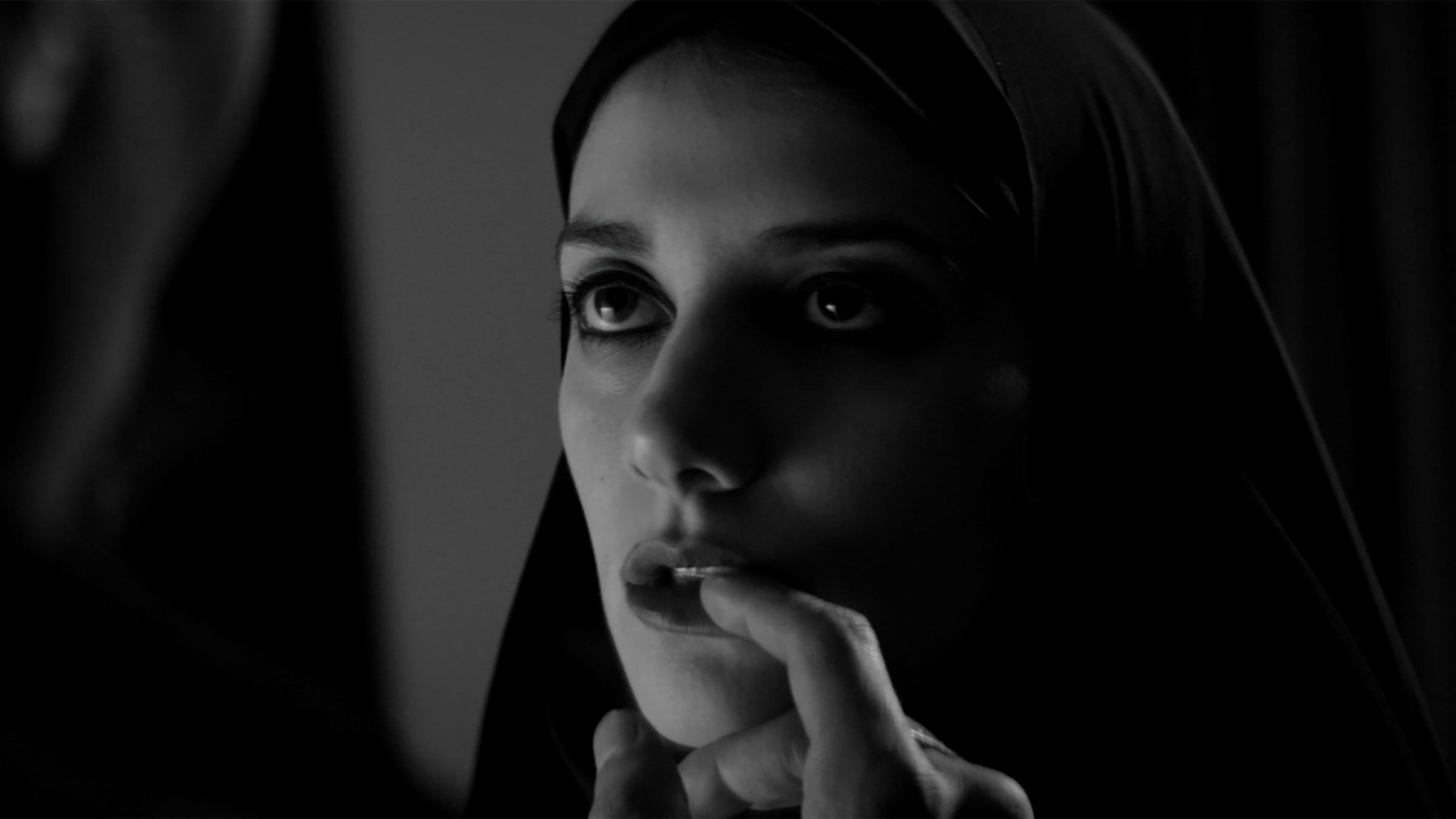 Last Sunday, I dragged my ass to the movie theater with a massive hangover to go see A Girl Walks Home Alone at Night with my mom – and was pleasantly surprised. Released by Kino Lorber, in collaboration with VICE, A Girl Walks Home Alone at Night has been described as a feminist protest film defying Iran’s censorship laws. But it’s also a great suspense film with beautiful composition, uniquely quirky characters and perfectly orchestrated suspense.

In her directorial debut, Ana Lily Amirpour draws on her deep understanding for and interest in cinema and pop culture, including the Iranian New Wave. Filmed with an Iranian cast and entirely in Farsi, the plot moves slowly and the atmosphere is sultry, all set to American music score. At first, the shots seem disconnected and it’s unclear what motivations are connecting a jumbled string of events – the girl vampire stealing a skateboard from a small boy, moments of intimacy between her and her lover, violent bloodsucking. But little by little, a revenge story forms, starring a lonely but vindictive female vampire.

By the end of the film, my headache and grogginess from a night of drinking was gone and I walked away stoked to see it again. So, for those of you who have been waiting for a vampire film that’s more subversive than The Twilight Saga, this film is where it’s at. If you’re in Los Angeles or New York, try and catch a screening before its too late!