Gearing up for the Ferguson decision. While waiting for the verdict on Darren Wilson, here are some links, resources, and hashtags to keep up with. 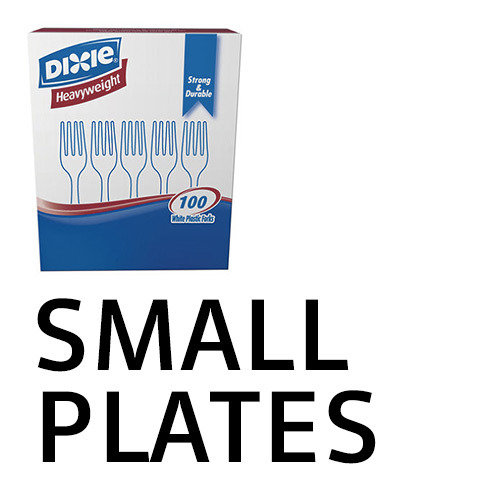 We need to feed ourselves once and a while to keep the gears sweaky and moving. Here's a guide to cooking and eating for the Young, Broke, and Restless. 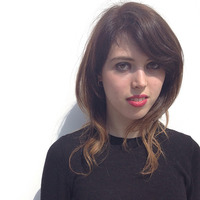 Olivia Starkie is a West Coast girl living the broke eastern life in Brooklyn, New York. When she is not food service hustling, she can be found cooking, writing, making visual art, sitting in sun patches in the park, riding the train for fun, or eating bagels.

Food to Usher in Spring

Life and Tacos in Bushwick

A Letter to Some Roommates in the Fashion of R. Kelly’s “Real Talk” 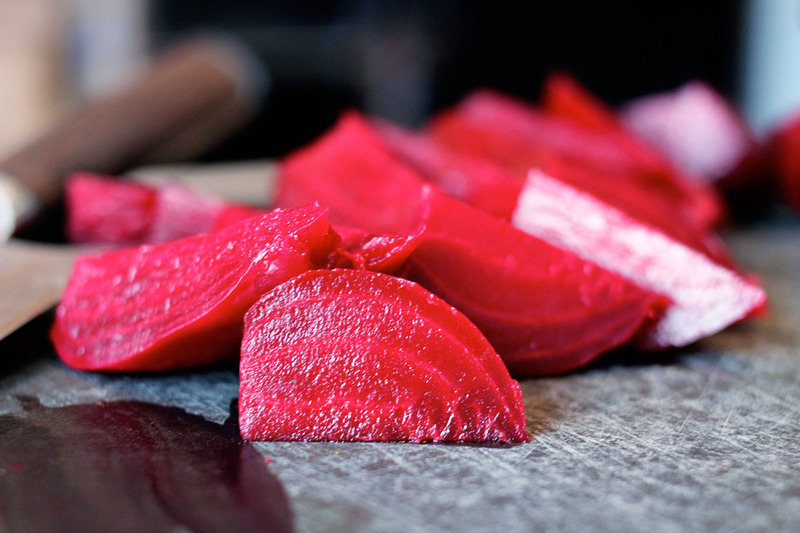 I’ve been thinking a lot about death lately. It’s something I’ve always had maybe more of a preoccupation with than the average person. When I was a young child, it was the source of biweekly panic attacks. Sometimes I told my parents about them, and sometimes I hid in my room and endured them by myself. I’ve always felt a crushing sense of how finite everything I experience is. I have dreams of the apocalypse, of people lying in parking lots with needles in their arms and nuclear bombs dropping on New York City and everyone I know dying while I try to run, while I try to survive. But I know in my heart that even if everyone I love goes first, I’m still not going to get out alive. I have dreams about zombies, three hundred of them chasing me into the Pacific Ocean or grabbing my arms and I wake up in a cold sweat, heart beating out some kind of furious pattern in my chest. I often become preoccupied with my fear of death, because it is raw and visceral and almost always lurking in the dark corners of my mind, threatening another panic attack, threatening to manifest itself when I am in public or at work and I cannot hide and let it wash over me.

Last Wednesday, somebody I knew died. I was one of the last people to see or interact with him before he passed, and, though I didn’t know him well, he was the kind of person who you meet and immediately like. He radiated warmth and good humor. He was a teacher and a mentor and a father. His death was something nobody could have predicted. He was young and in great shape, someone you’d look at and think to yourself, this person, out of all people, seems the most infallible. But that’s how we think, isn’t it? We don’t look at people and contemplate the ends of their lives. How could we? But this is a week, at least for me, to think about death.

On Monday, a grand jury cleared the name of a white police officer who, this summer, shot an eighteen-year-old black boy with his hands up. This police officer, I’m sure, already believes he has the right, by way of his chosen profession and because of his victim’s race, to take the lives of young men. But on Monday, the law reinforced that belief. In this country, it is possible to murder, to take another life into your own hands and to destroy it, without fear of punishment or retribution. A young man, like many young men before him, is dead, and the man who killed him walks away, believing in and upholding the racist legacy of murder that is America’s oeuvre, its twisted and glossed-over foundation. This is a week to think about death.

On Monday, I spent five hours in the ER, peeing blood, wrapped up in my own body’s non-function and watching protesters on television express their rage, their grief, their collective will for change. We live, as individuals, in our own separate worlds of pain. Sometimes these worlds converge. We live. We die. We pass through phases and I don’t really know what comes after death or whether anything comes besides a big darkness, an envelope sealed tight. But the more I live, the more I hope that there is some kind of life after death, some kind of higher consciousness or life force that we become part of, that feeds the people we loved in life, because it scares me too much that an individual can be so easily ended. I don’t know if I believe in believing that there is something after the body is no longer alive, but I want to. I do want to. This is a week to think about death.

This Thanksgiving, while so many people celebrate being together with their families, I am thinking about those who, because of death, don’t have the opportunity to be with loved ones this year. I consider the small wonder that is, to me, the blood singing through my veins and the veins of my friends and their friends and everyone we know together. We are living. And this week, perhaps more than others, that is something that should give us pause.

I’m not really celebrating Thanksgiving this year. I’ve been pretty sick, have been working forty-six to forty-eight hour weeks, and have barely been eating balanced meals myself. But just because I’m going to kick back and make a pizza today doesn’t mean you can’t celebrate your lives and the lives of people you love and have loved (those with us and those no longer with us) with some Thanksgiving food goodness.

It’s winter. Go make some damned beets or something.

Heat the oven to 375 degrees. Peel the beets and cut into 1­ inch chunks. Toss with the oil and season with ¼ teaspoon salt and pepper. Roast for 30 minutes, tossing occasionally, then sprinkle with mustard seeds, coriander and cumin and roast until the beets are tender, about 15 minutes more.

While the beets roast, prepare the dressing. Using the side of a knife or mortar and pestle, mash the garlic with a pinch of salt until it forms a paste. Place yogurt in a bowl. Whisk in garlic paste, jalapeño, ginger, ¼ teaspoon salt and lime juice. Whisk in the cilantro.

Scrape the warm beets into a large bowl. Stir in the dressing and pomegranate seeds, if using. Taste and adjust seasonings if necessary.

This was a winter favorite for me growing up. My dad had to make these for me practically every other week, such was my love for them. Of course, I always requested them at Thanksgiving, and still make them as often as possible when the weather gets cold.

In a pan, melt butter with some oil and add the chopped ginger. Let the ginger foam in the butter and oil mixture to release its flavor, but don’t let it crisp up too much or burn. When the fat starts to foam around the ginger, add the carrots. Sautée until the carrots are tender and not mushy – they should be soft enough to put a fork in without trouble, but not soft enough that they break apart.

Drizzle with maple syrup to taste. You’ll probably end up adding a couple tablespoons’ worth, but try one first and adjust as needed. Sautée a few minutes more with the syrup.

Salt to taste just before removing from the pan. These are seriously delicious, and great the next day.

I love Brussels sprouts. This recipe is something I make a lot when I’m tired because it’s easy, it tastes amazing, and it makes me feel better, always.

For the vinaigrette:
- 1 tablespoon Dijon mustard
- 1 small garlic clove
- Salt, to taste
- 1 tsp maple syrup or honey
- Lemon juice, to taste
- 2 generous glugs red wine vinegar
- Olive oil (I’m bad at giving exact amounts, so I’m going to just say add oil, one glug at a time, until you have roughly 1 part vinegar to 2 parts oil, or until the dressing tastes punchy without being too oily – you want the acidity of the vinegar to sing through)
- 1 tbsp capers
- Optional: an anchovy filet

Preheat oven to 400 degrees. Halve the sprouts and toss in a roasting pan with olive oil, salt and pepper to taste. Pop in the oven and roast for about ten to fifteen minutes, until sprouts are tender but not mushy.

While sprouts are cooking, make the dressing. In a mortar and pestle or with some kind of blunt object, smash garlic, salt and anchovy (if using) together. Add Dijon mustard and whisk together. Add honey/maple syrup, vinegar, and oil to taste. Liberally squeeze and then whisk in lemon juice. Taste. It probably won’t need more salt. If it needs more vinegar, or is too acidic and needs more oil, adjust. If it seems to salty, add more lemon or maple syrup (but it shouldn’t need all that much sweetness). Play around! Vinaigrettes tend to be pretty forgiving and easy to make right according to your taste.

When sprouts are finished, pull from the oven and spoon into a bowl. Toss with the vinaigrette until well-coated. Add capers and toss again. Serve warm. 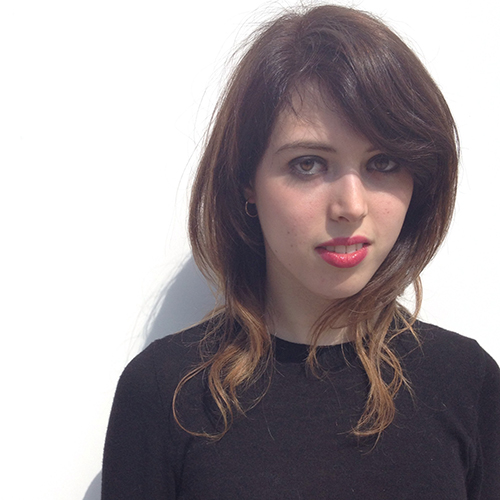 Olivia Starkie is a West Coast girl living the broke eastern life in Brooklyn, New York. When she is not food service hustling, she can be found cooking, writing, making visual art, sitting in sun patches in the park, riding the train for fun, or eating bagels.