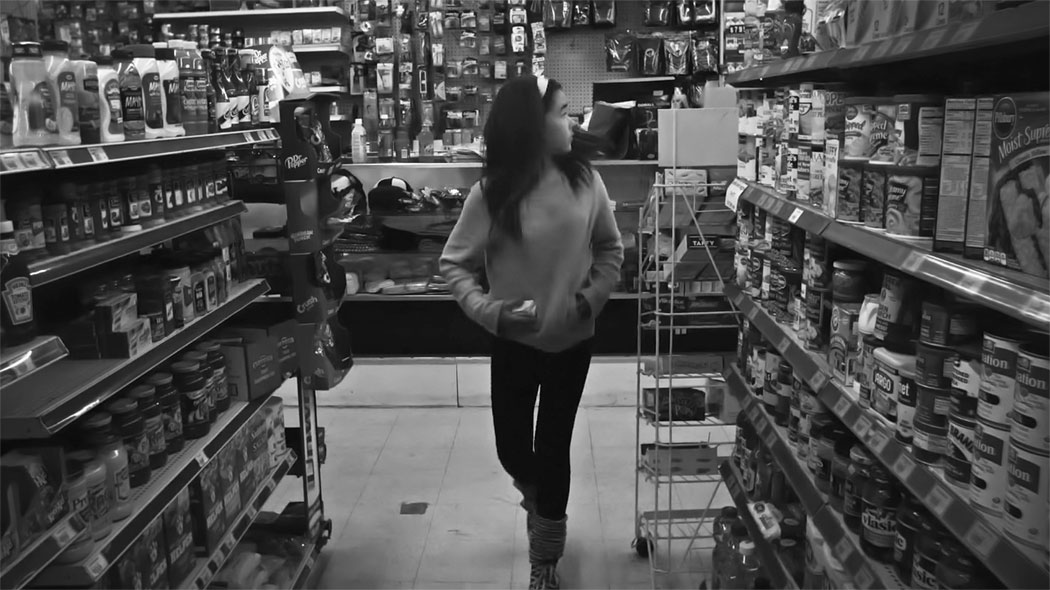 Sometimes, crime is what they call it when you’re just trying to survive.

From shoplifting to retail store cons to flipping weed, anonymous chronicles the ways by which she has sustained herself over the years.

My family grew up dirt poor.

We started off in an intentional community that promised a collaborative existence where everyone worked together to profit all involved. Unfortunately a few elite members of the community enjoyed the successes while the rest of us lived in squalor. This led to inequality and resentment among those wise enough to realize that they were being exploited. My mother would have to go prostrate herself in front of the leader of the community just to get us kids clothes and shoes. After she procured a $200 check, she would load her five children in a rusty old van and head to town.

Stretching 200 dollars to buy clothes and shoes for five kids is impossible. Most of my childhood was spent in hand-me-downs that had been passed down the line numerous times. I was the smallest of all my siblings so all their clothes were given to me.

This changed at eight years old when I learned to steal. My older sisters were well-versed in petty crime, and at eight years old they started teaching me their methods. They were expert shoplifters and ran all sorts of other scams on unwitting adults and children. They showed me how to dress in order to fit as much clothes as possible underneath my current outfit and how to utilize distraction to get out of the store without getting caught. From then on I would steal as much as I could. I was very small for my age so even if guards occasionally looked at me suspiciously I was never caught.

I learned quickly how to put things in my pocket, and to control the emotions I displayed on my face. (I had already learned this skill when dealing with my abusive father; I rarely was at the ends of his beatings because I knew how to act right and express the emotions or behaviors necessary to go unnoticed.) I became a first class actress and observer, determining the exact right moment to make my move and slip something shiny into my pocket. As I entered my teens I became a little more sophisticated in my methods – I moved on to bigger cons.

At seventeen, I was working for a retail giant and quickly figured out how to move products out of the store without being noticed. I wasn’t really afraid the first time I stole. After observing how lax security was I knew that I could get away with it. I had tricked all my co-workers into seeing me as a sweet and innocent girl. I worked really hard at my job so they saw me as a nice person and would never have suspected me of anything. This is how I did it: I would pick out all the clothes and items that I wanted and keep them behind the register. A friend would then come in and pick out what they wanted from the store. They’d walk up to my register with their picks, and I would pretend to ring them into the register, removing all the ink tags and bag up their items and my own. This way, they looked completely legit walking out of the store even though they were carrying a shit ton of stolen goods, and I never had anything in my hands when I left the store. Soon I was making trades with the kids who worked at the local liquor store, a case of beer for a nice pair of Nike running shoes. All my friends and I had nice new wardrobes and no longer had to depend on our shitty minimum wage jobs to look good. It was so pleasing to me to be able to provide this service to my friends and I felt invincible.

As time went on, my con got more advanced. I discovered a flaw in the POS system that enabled me to pocket cash without being noticed. I would write down every single cash transaction that took place during my shift along with the corresponding invoice numbers that I would need in order to make a cash return. I would keep a daily log of them in a small notebook in my back pocket. As I took in cash sales throughout the day I would find a similarly valued sale from the week before and return it, placing the cash in my pocket. By doing this throughout the day I could go home with anywhere from 500 to 800 dollars every weekend I worked. Adding together cash and goods I walked away with almost $70,000 in one year.

The only reason I stopped is that one day I realized that one of my handoffs to a friend was noticed by one or more of my coworkers. I could tell that the mood had shifted among the staff and that they no longer thought I was just sweet and innocent. I decided to quit while I was still ahead – I assumed that at this point they only suspected I had stolen some clothes but couldn’t prove it. If they really started digging they could have discovered all the other shit I was doing, so I bailed.

But there was no way I could survive and not hustle; it had become second nature to me. Instead, I started selling pot to supplement my income. I met a dealer in college who was willing to front me large quantities of weed. He sold on campus and I sold to the locals so we weren’t competing for the same clientele. I was able to provide my friends with high quality weed and make extra cash. It also allowed me to pay rent, move out of my parents’ basement and still have a social life. But eventually selling weed also became too risky when a “good” friend stole half my product and money, putting me in the hole to my dealer.

I tried to go straight and work a normal job, but one wasn’t enough. I catered weddings on the weekends, worked a part-time factory job and worked as a bartender. This didn’t go so well. All my bills started to get out of control, I became late on rent, owed a shit ton of money to my parents, and was living off of ramen and vodka. I was exhausted and my school work began to suffer. At this point, I started stripping to make ends meet. It wasn’t what people would call a respectable employee, but I was able to feed myself. I realized that exotic dancing can be very lucrative and enjoyable, but most clubs exploit the women that work there by charging exorbitant house fees. I was good at my job though so I made great money and was able to keep myself afloat.

This eventually soured when I got in with some bad company. I was doing a fuck ton of drugs and partying. I ended up in the wrong place at the wrong time and pissed off a biker gang. They started stalking me at my work and threatening to kill me for something I didn’t do. I vehemently professed my innocence and told them to shit or get off the pot. I also called some relatives out of state and planned my escape. It all worked out for the best, but I decided I’d had enough with that lifestyle.

At the moment, I spend my days doing various kinds of sex and body work. My work is illegal and non-traditional but I am never at a want for anything. I can travel, take mental health days and explore nature when I feel the need to do so. Instead of feeling drained and angry from working another shitty retail or service job, I get to rub sexy bodies and garner pleasure through my work and play. I sometimes will develop feelings for some man or woman and start thinking about getting a real job to be more viable as a romantic partner. But then I start to imagine what it would be like to work in an office where I would have to tone down my sexuality and freedom of expression and I balk. I can’t stop hustling because I don’t know how to live in our society.

The problem I have always had with typical work is that it sucks my soul out of my body. I start to feel as if there is no point in living anymore when all you do is work. I watch my friends who work “normal” jobs and see their fatigue and discontent. They have no time for leisure or self-assessment. Even when they have time off, they are either too broke or too tired to do much of anything. I on the other hand have a million hobbies, read books and enjoy social outings.

Sometimes I feel like an outsider and a freak, knowing that I will never be like most of my friends and companions. I will always be a criminal. Perhaps I will never have a partner who doesn’t see my promiscuity and work as measures of my self worth. But I am lucky to have people in my life who are open-minded enough to understand why I choose to do what I do. They don’t look down on me or think I am a bad person. That doesn’t mean there isn’t any friction. They resent their jobs and their lack of expendable income and sometimes they project this onto me. They think that I have an easy job and that I am lucky. But if you ask me, I am just a survivor.