Beyond Words Introducing our new book column by Jaime Chu

Thank you for coming to our LRAD party. Last weekend, we showed our pro-rowdy, anti-police strength on the dance floor. 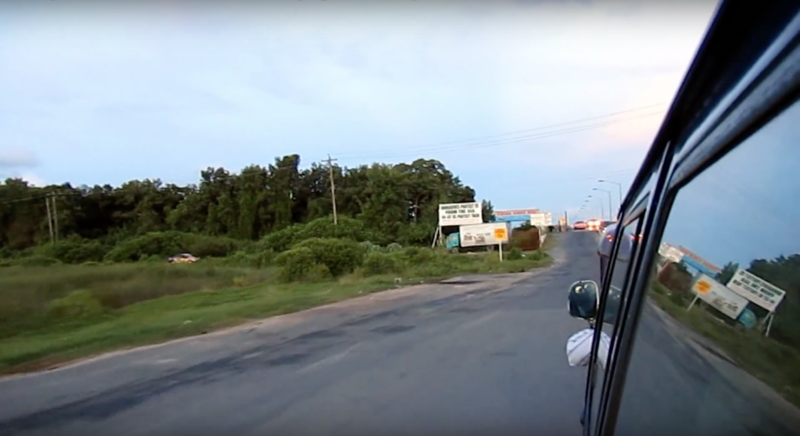 Over a year ago my family lost my grandmother, my last living grandparent. She was not in perfect health, but she lived a long and full life. Losing her still hurt of course, but Granny was at peace and more importantly, free from the condescension and control we tend to impose on our elderly. “Once a man, twice a child,” she would gripe when prevented from eating a Cadbury bar or kept from going and coming as she pleased. For many of us, her death was tragic but also a relief.

That relief was not felt by my Aunt Donna. Granny had been at my aunt’s house in New Jersey when she went quietly in her sleep. My Aunt Donna was her primary caretaker much of the time and was inconsolable that she “let this happen.” The guilt consumed her. Many of the ensuing days were spent assuring her that this wasn’t her fault. But the grief and guilt were too much and it overcame her. Not a week after my grandmother’s death, Aunt Donna was gone too.

As a kid I used to spend summers in Guyana with Aunt Donna, where she lived with her husband, her children, and some of my other cousins. They lived modestly on a dirt road, in the house my mother grew up in. And while my family there would be considered working poor by most definitions, many of their neighbors were far less fortunate. I watched my aunt give from what little they had to those neighbors. Whether she was sending my cousins to deliver food (she was an unbelievably good cook), clothing, or whatever else could be helpful, she always took care of the people around her.

I remember one summer Aunt Donna was pretty excited that I was getting along with the kids in the neighborhood. My cousin Peter, her son, was older and cooler than me, but he was also generous in letting me hang out with his friends who became, at least for the summer, my friends. We’d meet in the morning to clean the dogshit off the backyard basketball court and play for hours. Once, Aunt Donna asked if I wanted to have everyone over for a special dinner. I was only 12 but still self-conscious about exposing myself as the “rich” American kid and not fitting in with my new pals. Of course this concern was silly, but more than that, my aunt just didn’t look at things the way most people do. To her, people were just people, and doing something nice, even if it meant toiling away in a kitchen in 100 degree weather to cook up a feast for a dozen dirt-caked boys, was not an inconvenience in the slightest.

Eventually my Aunt Donna and her family came to America and lived with us in Brooklyn. Back in Guyana she mostly kept house and did odd jobs cooking and cleaning in other people’s houses. Once here, she decided to complete a home health aide training program, began working in an elderly woman’s home, first part-time and then as a live-in aide five to seven days a week. She figured out how to get to and from work using public transit – even though my father or I would beg her to allow us to drive her over there. She never wanted to inconvenience anyone, even if it meant waiting in the cold for a notoriously slow bus. This all may not seem like much, but having spent her entire life in what was at times the poorest country in the western hemisphere, with little formal education to speak of, these accomplishments spoke to Aunt Donna’s resilience and intelligence. Eventually her family all saved up enough to purchase a house in New Jersey, but she would never speak a prideful word about any of it. She was still someone that went to the grocery store and came back with extra groceries for my mom because “it was on sale.” She was still the type of person where, if I put $50 in her Christmas card, I’d open my card from her and find $100. As under-appreciated as she sometimes was, some bitterness would have been justified. But that just wasn’t in her.

Her life was much more than this brief history, but the time I was able to spend with her, through my formative years and well into adulthood, continues to influence me every day. She is the standard by which I measure how well I support and care for the people in my life, and how much I’m giving of myself. She was unfailingly generous. And as jaded as we can be about such generosity, such humility, anyone who spent any amount of time with her could see how truly good and special she was.

It’s hard to lose someone you love. Some days you feel like you’ll never be whole again. And on days that are even slightly better, it’s easy to feel guilty, to feel as if you’re letting yourself forget. But living with loss doesn't mean existing with that pain forever. Living with loss gives us an opportunity to turn our feelings and memories of the departed into something good and powerful, something that lives in you and remains with every person you touch and every person they touch.

And while it’s not always easy to live as a reflection of all the goodness and light we take from our friends and family who are no longer with us, whether because the grief is too much or because it’s just too taxing to be our best selves, it’s worth striving for. I’ll never be as good a person as my Aunt Donna was, but I won’t ever stop trying to live up to all she was and all she meant to those that loved her, and I won’t ever stop trying to make others feel as cared for and loved as she made me feel. She taught me that giving is something you live, not just something you do. And while I miss her every day, especially today on December 10th, on what would’ve been her 65th birthday, I’ll always have that lesson and I know she won’t ever truly be gone.