Turn Away and Slam the Door

LRAD.NYC is back! Listen to this exclusive mix by DJ FXWRK as you get ready for work or play this week. 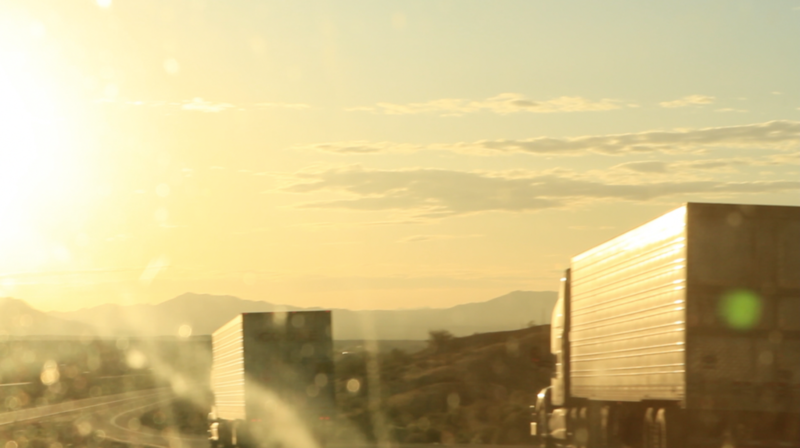 Turn Away and Slam the Door

I took a cab home the other night from the airport in Houston. The driver, a family friend who I hadn’t seen in a few years, updated me on the latest – his daughter graduated college, another one moved to McAllen, and Uber arrived in Houston. Like other drivers, he agrees the company is trying to own the city, and is well on its way to achieving that goal. Unsurprisingly, the process has been hitting taxi and Uber drivers hard, leaving them idling in their cars for longer shifts while making less money. He said he’s one of the lucky ones: he owns his cab, and pays the minimum weekly fee ($300) to the taxi dispatch company, while others are paying to up to $800 a week, in addition to rent for cars and permits, not to mention garage space and gas. He pointed to the dispatch screen on the dash, “it doesn’t light up like it used to.” As we drove under the midnight shadow of the city’s baseball stadium (Minute Maid Park, f.k.a Enron Field) he said, “we’re living at the end of the world.”

His attitude isn’t as “zero to hundred, real quick” as it may seem, though. I mean, the mood and economic outlook of Houston has been pretty bleak lately. In less than a year, the city lost 50,000 oil and gas jobs, according to one local firm. (A growing number of those laid off are now driving for Uber.) It feels like every other week there’s a new record low to talk about – from the ever-plunging price of crude oil and the number of rigs operating, to the supply of accessible and affordable housing.

I, for one, can’t stop thinking about that oil supply glut (“3 billion barrels of oil on the wall, 3 billion barrels of oil, take one down, pass it around…,” I sing-scream from the shower every morning). And yet, producers keep pumping, with no end in sight. Case in point: Houston’s Energy Institute High School, the only school in the nation fully dedicated to oil and energy careers, is expanding, supported by oil industry donations. There’s no sports teams at Energy Institute, but in the school’s hallways, “walls are lined with artwork featuring pump jacks and oil platforms,” inspiring the next generation of workers, like at any other school, to drill, baby, drill, full speed ahead into the endless future.

Borges’ short story tells of a man with perfect perception and memory – he sees everything, forgets nothing, and can’t help but spend all his time remembering every detail. For him, “the present was almost intolerable it was so rich and bright; the same was true of the most ancient and most trivial memories.” His world is an ever-growing junkyard, details upon details, which eventually overcome him, and he dies of congestion in the end.

The end of year stranglehold is upon us. The lists and recaps will be piling up soon, making it easy to revisit a year’s worth of disaster, trauma, tedium, and all-around Bad News, all in a quick three-minute read. The same goes for the good stuff, too. Not that you have to wait until December to feel congested, like there’s just too much, I can’t even, that your memory is overflowing with garbage – trash and treasures alike, garbage nonetheless – disposed but not forgotten. Do I look mired in this glut?

But the alternative, to forget, seems just as deadly. After all, forgetting opens the doors to the twin evils of nostalgia and hope, luxuries most of us can’t afford to dabble in. We can’t wait for whatever’s on the horizon, whether it’s scheduled to arrive every four years, or 21 days, or eight hours, or per millennium, or whenever. When we say we can’t wait, we mean it’s over, now. More like prevent horizon, am I right.

Svalbard is the farthest north you can fly on a scheduled flight. Inside a mountain on this remote archipelago, halfway between mainland Norway and the North Pole, is the Svalbard Global Seed Vault, home to over 860,000 samples of crop seeds. Built in 2008, it’s meant to be more than just a ice-encrusted research collection – the vault’s purpose is to “secure, for centuries” the world’s crop biodiversity, serving as “the final backup” for our food supply. And as of October 2015, less than ten years after opening, the first seeds have been withdrawn from the world’s doomsday vault.

Seed vaults and supply gluts remind us we’ve been at place of abundance all along, I think. Where there’s nothing left waiting for, that now, just, now is also the point where enough is enough, so godspeed and hurry up with my damn croissant. And when it’s all over, and if another world happens to be possible, don’t forget it’ll be sown from the doomsday seeds of this one.

Welcome to The It’s Over Issue, I would say make yourself at home but we’re on the offensive retreat – walking out, slamming doors, breaking up, leaving trends and scenes and lives behind, and like Reina Gossett said, always ready to opt out in so many beautiful ways. We will be sitting down with Monica Mirabile of Fluct, exploring the stories of those of us cutting the cord of relationships, dealing with accountability processes in all their sticky and problematic glory, and cozying up to the idea of a normal life in the present apocalypse.