What Would It Mean to Walk Away from America?

September Horoscopes Shake off the excess and sort through what you get to keep. 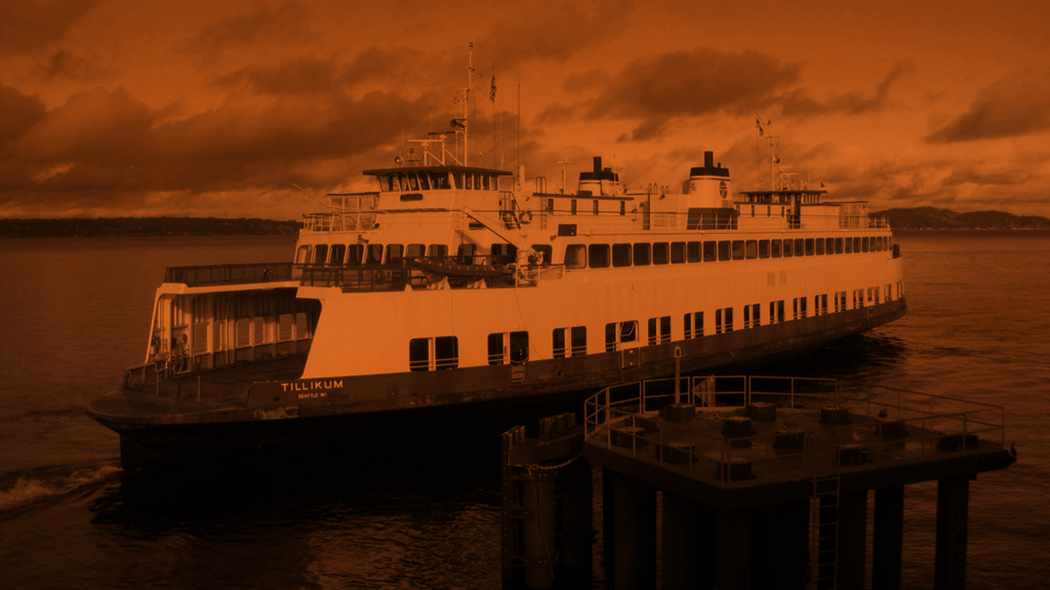 The narrative structure of imprisonment provides an alibi for citizenship by suturing reality outside prisons as ordinary.

What Would It Mean to Walk Away from America?

I’m on the ferry from Seattle to Vashon Island with a friend. The wind and rain lashes the ship’s exterior while we’re safely ensconced in its warm belly, and as usual, the ferry speaks to us of its quiet utopian ambitions. Since moving to the Puget Sound from a landlocked city on the east coast five year ago, I’ve been fascinated by the way that ferries are an everyday part of the state’s transportation infrastructure. How strange and delightful it is to live in a place where the ferry is a part of daily life – travel over water, after all, is typically only available to the very wealthy, but here it’s as ordinary as the rain. The ships themselves are a little homely, in a postwar steel and rivets sort of way, but sturdy, and with a kind of utilitarian efficiency that strikes me as elegant. The interiors are lined with wide picture windows and generous benches arranged around tables, like booths in a diner, encouraging a kind of sociality not typical of public utilities. Seeing a ferry from the distance, my heart lifts a little at the promise of it – not just the promise of warmth or adventure, but the promise and possibility of a commons.

Back in the boat, we wonder, what it would be like like if the ferries could be brought one step closer to becoming a common resource. Freed from state management, the ferries could be a miniature mobile floating city-commune. We’re already redecorating –wood floors and a fresh coat of paint would go a long way; a rooftop garden, bunk rooms, and a collective canteen materialize in our imaginations. This upholstery looks like the same stuff they use at the DMV, that definitely has to go. Then a look of concern crosses my friend’s face. “Now when I look at the ferry all I can think about is prison labor,” she says.

Who buys commodities made by prison labor? Mostly the state, and large, faceless firms buying things like office furniture, road signs, or license plates in bulk.

Cold water for utopian dreaming. Why prison labor? Well, the state of Washington’s Department of Transportation (DOT) runs the ferry system, and the state Department of Corrections (DOC) contracts with the DOT to buy certain necessary items from the DOC. These items (in this case, trash cans and worker uniforms, as well as other necessities), are the product of what is un-hyperbolically called slave labor – famously, prison labor is the one form of slave labor exempted from the abolition of slavery in the Thirteenth Amendment. The amendment reads:

Neither slavery nor involuntary servitude, except as a punishment for crime whereof the party shall have been duly convicted, shall exist within the United States, or any place subject to their jurisdiction.

Except as a punishment for crime. One wonders if the authors of this amendment knew, 150 years ago, that this exception would serve as a justification for the continuation of racialized slavery at the heart of hyper-incarceration in the United States.

But now we’re wondering about visibility. Not long ago, my friend had been researching prison slavery in Washington, trying to get a handle on how its economy functions. Who buys commodities made by prison labor? Mostly the state, and large, faceless firms buying things like office furniture, road signs, or license plates in bulk. Prisons produce goods that ordinary consumers rarely buy, and as a result the products of prison labor are seldom visible to the public. Instead, they’re circulated as invisible infrastructure built into the environment, whether as trash cans or office furniture. 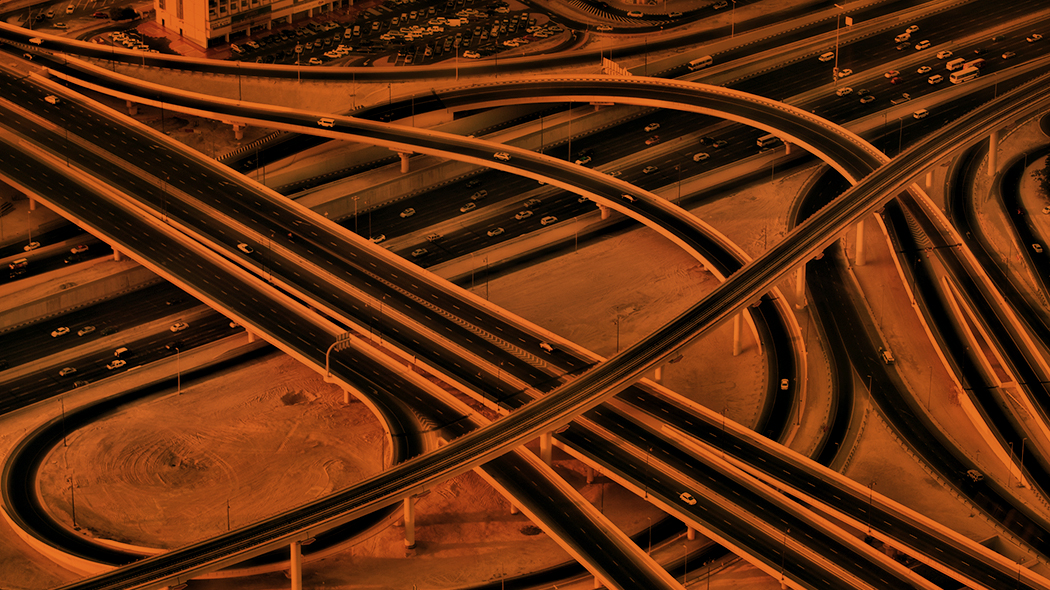 This invisibility has as much to do with it being a product of prison labor as it does with its function as infrastructure. By design, one rarely notices infrastructure. As Keller Esterling puts it in Extrastatecraft: The Power of Infrastructure Space, “Infrastructure is considered to be a hidden substrate –the binding medium or current between objects of positive consequence, shape, and law.” The convergence Esterling describes points to important positive infrastructural elements: positive consequence as that which molds the environment to encourage desired behavior; positive shape as the formal qualities of objects; and positive law as the secular statues laid down to manage human activity. All of it is held together by the infrastructure, which, in its standardized materiality engenders these elements as something natural and given. The .76mm thickness of credit cards, interstate highways, broadband internet –all of these standardized linkages that facilitate daily life are only visible once they are broken, as during highway construction, or a temporary power outage interrupting credit card processing.

Prisons, I’ve heard it said, are broken as well. If this is the case, then why do they remain invisible?

What is the narrative shape of the prison system?

Of all of the places where the products of prison labor circulate, the ferry is one of the few routinely encountered by the general public. Would it be possible to raise awareness of prison labor in the Washington state ferry system? My friend tells me she considered making stickers in an official-looking font saying something like “Made with slave labor,” to post around the ferries, but never followed through with the idea. After all, who would care? Everyone knows about prisons, and some even know about forced prison labor, but aside from a few pockets of resistance (including some prisoners), nobody seems to be inclined to do anything about it. We wonder about this as our ferry cuts through the waves.

“After all, who would care?”

This question lingers, even after I disembark. There’s a way of knowing, I speculate, that can lead to apathy, and a way of knowing that leads to activity. “For a long time some people believed that if the horror could be made vivid enough, most people would finally take in the outrageousness, the insanity of war,” writes Susan Sontag in her essay “Regarding the Pain of Others,” insinuating that such beliefs no longer hold. One might say the same of prisons. There’s a problem of being so overwhelmed by the pain of others, rendered as spectacle, that the spectator becomes useless in the face of it. I know about this problem. Just talking about prisons brings me to the edge of tears in my feeling of uselessness. But this does not stop me from thinking about this question, the “After all, who would care?” question, which, with some prodding, morphs into a problem demanding a solution.

As my friend and I reflected during our ferry ride, the problem isn’t quite about knowing or caring –it’s the ‘so what,’ the helplessness that follows the recognition. I think there must be something special about prisons in particular that allows them to elide representation and engagement. That an institution as grotesque as the prison system could continue to exist relatively unchallenged suggests to me that there’s some more profound mechanism that enables its elusiveness. And I think that its secret doesn’t lies in some maleficent ideology, or a sheeplike passiveness on the part of the American public. Its elusiveness lies somewhere at the intersection of an invention called citizenship, the mechanisms of infrastructure that I’ve already mentioned, and, perhaps surprisingly, narrative form.

This is a preview of one of our feature articles, the other 65% of this is available to subscribers. 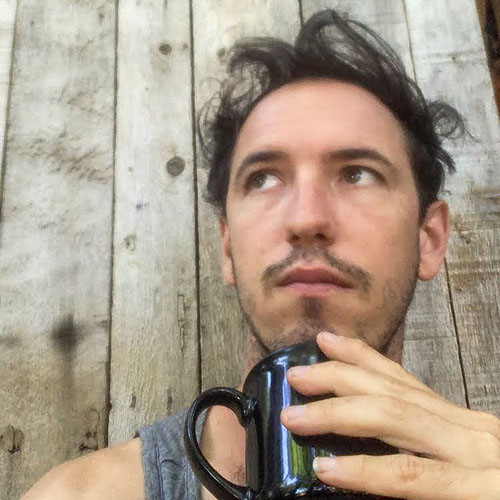 Nabel Wallin lives close to the water in the Pacific Northwest. He is interested in poetics and communism.