Wearing Google Cardboard to Watch the Revolution My roommate came across me blindfolded, spinning in circles. 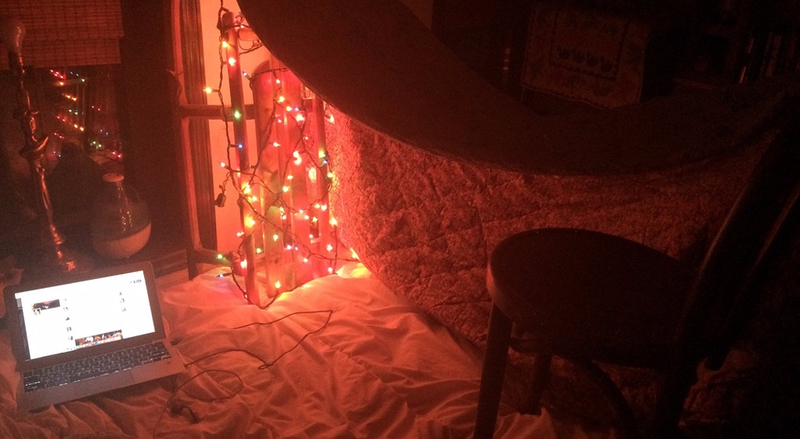 Just in time for Valentine’s Day ...

In generations past, people not so different from you or me have attempted to fight the government, build alternatives to dominant power structures, and defend their communities with arms and ideas alike. Some cooked their neighbors breakfast and organized political education, while still others robbed banks and broke each other out of prison. Some made art and wrote communiqués, took care of each other’s children, or fundraised.

I tried to count on my fingers and toes how many of us scrambled to get visa-married or change the gender marker on our IDs, or stockpile meds, or pushed ourselves to the brink of breaking to make sure our insurance went through. I ran out of digits by the time January 20 arrived. On top of all the very material precarity some of us might be experiencing in these scary times, sometimes we just treat each other like shit, we alienate one another, we internalize notions of emotional scarcity. There's nothing worse than being unable to call your best friend when the world is closing in on you. Every day it feels like it’s just you, alone, up against a force that’s so big, but you can’t even see it. It seems we have to fight all these new kinds of alienation, cattiness, tiredness, and loneliness, as well as all the goddamn governing apparatuses. What’s a kid to do?

My friend, who just had major surgery on their leg, asks if they can stay over with me at my mom’s apartment so they can easily get to physical therapy in the morning. “Let’s watch a bunch of realistic dystopian movies.” We torrent the 2014 post-apocalyptic-climate-change-predicting box office hit Snowpiercer and sit on my childhood bed scrolling through Instagram on our phones at memes made by kids probably sitting in the same position as us, holding their phones like their only friends. We barely look up at the film. The screens all blur together. I feel dizzy, and start to doze off. I overhear them talking to their mom on the phone about the new administration and her open immigration case as I slip into sleep. When I wake up in the middle of the night to take my meds, I feel dissociated and distant, I want to wrap my arm around my friend but I reach for my phone instead. 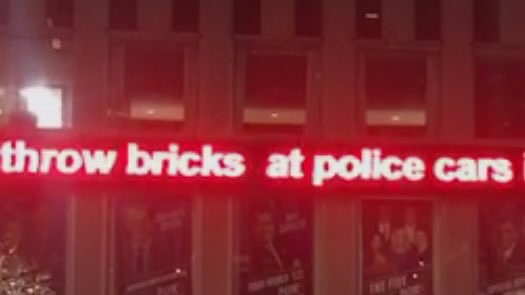 Decorating my new cane, I chuckle a bit when I overhear my roommates in the other room mention that Richard Spencer got clocked at the anti-inauguration demonstration in DC. I set down stickers and glue to pick up a call from a friend. They say they’ll be discharged from an inpatient facility on Tuesday, and wonder if I could pick them up. “And, please, bring some cigarettes.” I make a note in my calendar and set out to the bodega.

I spend all day preparing packages to ship the limited edition streetwear line a friend and I started last fall to raise money for prisoners. When we started, it felt like a great idea. In the spirit of similar anarchist projects, it was about spreading prefigurative ideas as well as moving money. But months later, I sit on a hardwood floor, throwing hundreds of packages into a pile. Fold a zine into an envelope. Shove a T-shirt with ‘Fire to the Prisons’ printed on it into envelope. Seal it. Take shipping slip. Fold it. Tape it onto package. Throw it into pile. Repeat 300 times. The work is tedious, physically arduous and mind-numbing. I am doubting myself and the effectiveness of the project, knowing that the money spent on the clothes, the printing, the packing materials could all be put on people's commissaries, too. I imagine catching a quick glimpse of a kid skating down Flatbush Avenue sporting shorts with a flaming prison building on the leg. I arch my back to stretch, and grab my computer to double check an address.

I catch a glance of my Twitter feed. Thousands of people across the country are flooding airports demonstrating against the travel ban of people holding passports from Libya, Syria, Iraq, Iran, Sudan, Yemen, and Somalia. I see a couple of friends are out there. I feel a surge of excitement by the collective rage in the air, then a larger sting of resentment. All these people ... a part of something bigger than themselves. I feel tired and my back hurts from taping hundreds of postage slips on packages. I feel overwhelmed by all the photos and videos on every feed, everybody and their auntie seems to be outside the airport holding signs like “we will love and protect one another”. The past few days my mom has been rushing off to different protests, clutching a small piece of cardboard with “scratch back on fascism” written on it, while my disabled ass is sitting here like… I feel a tinge of anger. I didn’t get a single text asking if I wanted to go.

Later, the media reports that a federal court has halted Trump’s immigration ban. My brow furrows. I lie alone in bed thinking about a friend who is Somali. The following morning someone on Facebook confirms my skepticism: the Department of Homeland Security isn’t following suit. Of course. Someone asks me if I need help getting to JFK. People are going out there again today.

Every so often I experience a flare-up that can keep me in bed for weeks, and lately when I do, I tend to fixate on Milo Yiannopoulos, Alt-right organizational structure, and the history of the relationship between Nazism and Paganism. I look over at the tarot deck on my bedside, which was popularized by the Heremetic Order of the Golden Dawn, and illustrated by Pamela Coleman Smith (of Smith-Waite). Smith was a black mixed race woman and member of the Order in the late 1800s to early 1900s who died “penniless and obscure”, leaving behind nothing but a “female companion”. Her deck went on to become the most widely used in the western world. Did you know that Nazis were into gay sex and doing rituals in the woods, too? Maybe it’s not a coincidence the Greek fascist party calls themselves Golden Dawn, after all.

Maybe I’ll stop calling myself queer because I’d rather be lonely than have shit in common with these fuckers, I think to myself. I think about Pamela’s longtime partner living alone after she had lost her lover. “Nevermind,” I say aloud. 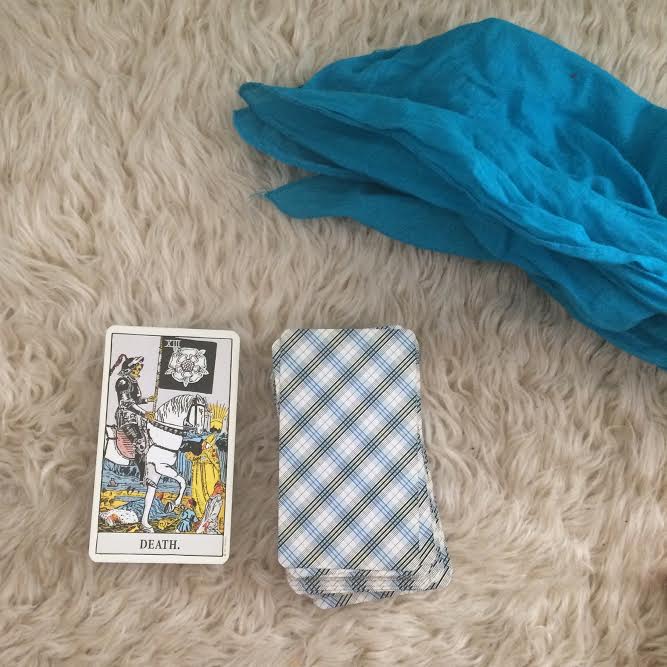 Just yesterday, I came across a document by some people I’ve never met, (or maybe I know them, I don’t know.) The doc was written under the collective YERBAMALA and entitled “Our Vendetta: Witches v. Fascists.” The text is in manifesto-style, all-caps across 43 pages. I stop on various pages, short of breath, and heart pounding. “SURVIVAL IS CONTINGENT ON SOLIDARITY,” it says on one page. “HEAL THE POWERLESS BY BREAKING SOMETHING OF VALUE / EVERYTHING YOU SEE WAS STOLEN.” And then “LET THE END OF OUR ILLUSORY COMFORTS PRECIPITATE OUR TOTAL REFUSAL.” It’s unlike anything I’ve read before, perfect for days when we feel like there’s no use in anything we do. It’s the spell book we deserve.

In the morning, I wake up to a Signal message on a thread that I set up to coordinate care for a friend who is in crisis. Someone agrees to go with them to therapy this week. Everybody I know takes care of someone else, but not themselves.

I’m on the toilet and the cat brushes by my leg. The first skin-to-skin contact I’ve had in months.

How do we ask for what we need? How do we fight notions of emotional scarcity? What’s keeping us going? What are the demarcations of our affinities, or, how do we know who are friends are? What can’t “material support” provide for us? This is The Lonely Issue, in which we play broken telephone with our feelings, hoping one of us will find a grain of truth in the chaos. This is a war, we can’t survive it alone.