My first 50 Weeks Inside Belle Park Psych Ward. Randy Marcott tells the story of his time in a mental hospital and how he never stopped feeling alone.

The Thin Line between Addiction and Coping A shopping guide for when you quit your job and can no longer afford your coping mechanisms. 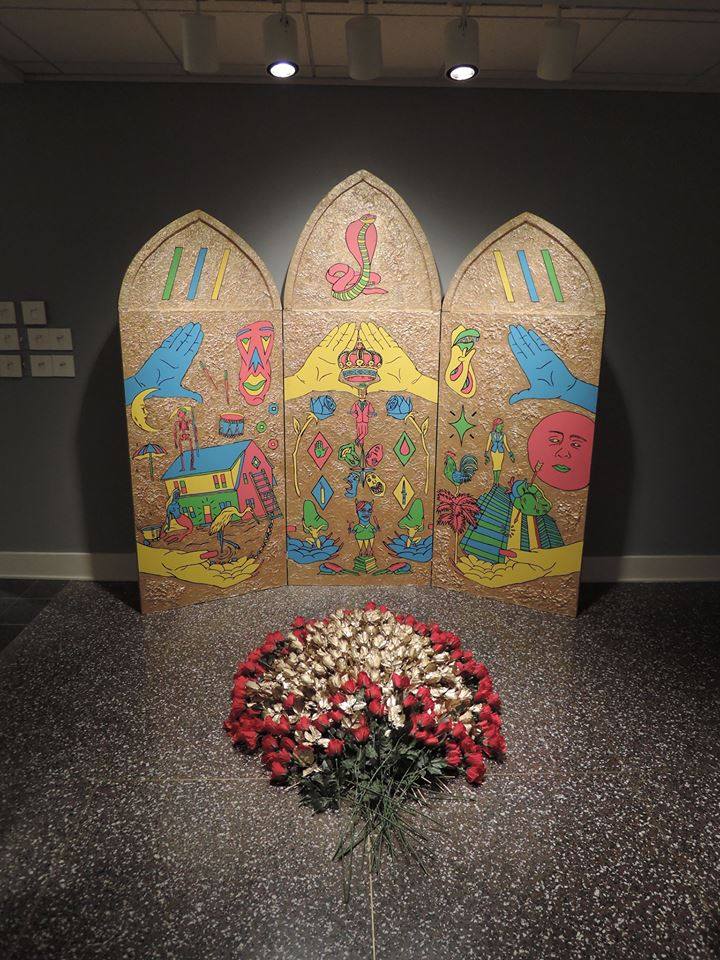 From Crisis to Healing – A Chronology of Mental Health.

In June 2013 I went manic. I thought I was destined to have my retrospective at MoMA, that I would become an R&B legend and that I was an actual prophet. I didn’t sleep for four days, sang on open mic every night, and was struck with a vengeful spirit against a former boss that was so strong I was convinced I was going to publish the best revenge story of all time in The New York Times op-ed section.

I cleaned and reorganized everything in my room obsessively for hours, I collected people’s old furniture and trash for a yard sale that I was convinced would be a huge money maker. I took picture after picture of anything circular I found and posted them on Instagram in sets of threes. I told my friends that I was going to get rich and bring them all to the top with me. I was high energy, spewing pearls of wisdom to anyone who would listen. I rocked a du-rag and snap back. People told me I was crazy, but I thought I was a genius.

I was fired from my restaurant job but told my boss I could have gotten her rich and that it was “her loss”. I wasn’t upset because I knew I was better than the job and her – I was a royalty. I thought it was the best day of my life when I was suddenly plucked out of New Paltz by my family and taken back to the city. I checked myself into a psych ward. The security guards and other patients gawked in the waiting room as I danced my ass off for five hours straight listening to my own party mix in headphones, waiting to be admitted.

Previously, I had only thought of psych wards as “loony bins” like in the movies, and there were definitely some similarities. At Bellevue, I was on cloud nine – I was in my euphoric state and having a ball. I fell in love with a beautiful Jamaican girl named Shauna. We roamed the halls together singing Drake, although we were forbidden to touch each other. I lived with older homeless dudes and drug addicts and was the youngest person in there. While inside, I was on a schedule of waking up, eating at regimented times, doing activities, hanging out with other patients, going to sleep, and repeating. It felt like summer camp for crazy people. Everything was suicide proof, with barred windows, and I wasn’t allowed to use pencils. I drew and wrote with a shitty felt marker they gave me to record some of my experience.

Before checking myself into the psych ward, I hadn’t really slept in a long time. Now I was being heavily medicated every night and I slept like a baby. I quickly realized there were people around me with more severe psychological problems, and I felt like I didn’t need to be there anymore. Despite my mania, I tried my best to stay calm so I could get healthy and back into the real world. Honestly, I was enjoying my high but I wanted to be free. I met with my assigned psychiatrist every day, took the medications, and after two weeks I got out.

All told, the experience transformed me. It grounded me when I needed it most. I had been unstable to the point where I couldn’t stop moving or talking or thinking clearly. I had an extremely heightened sex drive and zero inhibitions – a dangerous combination.

At the psych ward, I was able to get back into healthy patterns of eating and sleeping, which my body needed, but I also experienced some unfortunate truths. Mental illness is more common than I had realized. I had lived with many homeless people who were bipolar and schizophrenic. I realized that the only real difference between our situations was that I had a home to go back to. Now, when I see someone on the street who is acting “crazy”, I feel a strong alliance with them, a sadness for them. Many of the friends I made at Bellevue stayed there for what seemed like forever, while I was able to return to my family.

I left the psych ward and was prescribed Lithium to treat the manic episodes and manic depression and Risperidone, an antipsychotic. The God-like feeling faded but I remained in a dark place for ten months. I was taking them in the morning and they knocked me out so I was often sleepy. I would fantasize about throwing away my medication so I could return to that happy place. Sometimes, I caught myself dreaming about those feelings, like “maybe I really was destined for greatness.” After a few months, I started taking the medication at night and everything leveled out. Although I was hesitant, I stuck with medication and by the next summer, I finally felt normal again. My yearning for the past, when I was uninhibited and out of control, has subsided. My feeling about meds is positive – they are all I know. I was in crisis, sought out help, and this is what I got out of it. Now, as I go about my day, the drugs are just part of my routine. I use this rich experience to fuel my art and the duality I felt of both heaven and hell. 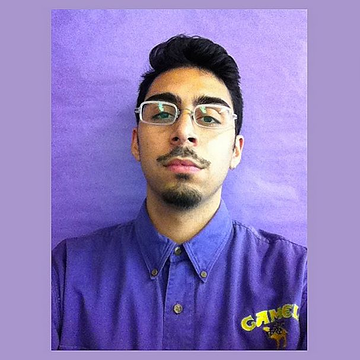 Marco DaSilva is an NYC-born and -based artist and a recent art school graduate. He teaches after school art to middle school kids and has an affinity for fake gold and 99c stores. Find him on Instagram.