Keep Moving and Get out of the Way A letter from the editors introducing The Alien Issue. 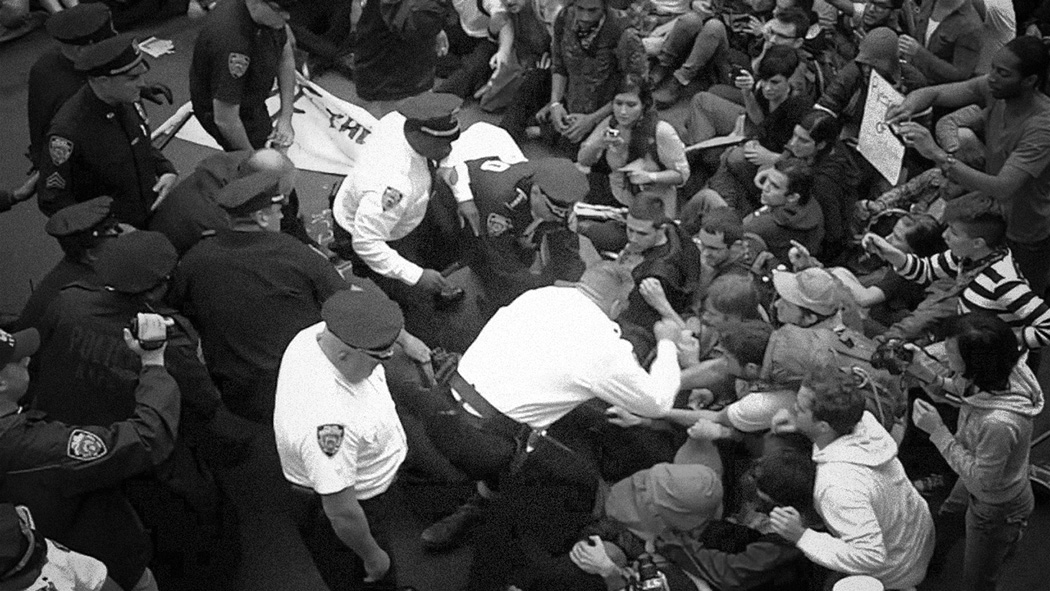 Constant harassment from law enforcement is always infuriating, but it can also have profound physical and psychological effects on individual and collective bodies. This is what Jasmine Gibson experienced while doing legal support during the NYPD’s witch-hunt of militants and radicals last winter.

Suddenly, the image of cops storming into my apartment and yanking me out of bed occupies my mind. I feel my body tense up. As I try to move, I realize that I can’t even feel my hands.

I identify as a black militant, and my stance on cops has been set on this: they’re bastards and will go to great lengths to make my own life and the life of anyone else who looks like me unbearable. And yet, I didn't know exactly how it felt to be under state repression. I had read accounts from Earth First! and other environmentalist militants who described what it felt like to be hyper-paranoid about being followed by law enforcement and being surrounded by snitches. I remember reading all of these accounts and the feeling of it being surreal. But, I was also aware that this was something many black and brown working class people experience on a daily basis. Everyday I wake up and read about black women having their houses broken into by the cops; seven-year-old girls, like Aiyanna Jones, being killed in their sleep during a raid; and black men being arrested. I knew this reality in theory, but I didn’t know what it felt like – the suffocating impact it has on your body and mind. That is, until this year, when my friends and I experienced it first hand when we were caught in the whirlwind of the Brooklyn Bridge witch-hunt of militants in New York City.

The Brooklyn Bridge case was the culmination of a series of actions from August to December 2014, during which people had been in the streets taking highways and bridges. During the “Millions March” on December 13, 2014, a group of activists allegedly “assaulted” two police officers.

The city quickly began to hunt down activists who they thought had taken part in this “assault” on police officers on the Brooklyn Bridge. Some militants, like myself, responded by creating a support committee for the alleged “assaulters”. I had witnessed my lover’s partner getting threatened with deportation, and other friends having their apartments raided. These arrests occurred around the clock, so I stayed up in the dead of night, knowing that my phone would be going off soon from either friends or lawyers. Many of these nights, I received phone calls from Central Booking asking me to connect my credit card. If I weren’t waiting by my phone, I would be trying to post bail to a correction officer, only to hear that the office jail closed at 3:00 am and that I would have to wait until 6:00 am to post bail. I became an insomniac by default, my body internalizing the trauma of having comrades and loved ones behind bars.

For a while, me and my friends downplayed the physical and psychological effects that came with being involved in the Brooklyn Bridge case. We all considered ourselves pretty tough, but in truth it was exhausting to never know what would happen to any of us in the next 24 hours. Because of the constant threat of state repression, I often found myself detaching from reality and sometimes feeling resentful towards my friends. And yet, I willingly submitted myself to being legally vulnerable; I was prepared to have my own apartment raided or to lose my job by being connected to the case.

My experience with state repression culminated in the complete shutdown of my body. I got the flu after spending a night at a Manhattan jail waiting for a friend to be released. They had been snatched by police officers at their front door on bogus charges. My partner and I scrambled to find cash and lawyers at 2:00 am, and weren’t able to go home to sleep until 8:00 am. It wasn’t completely unexpected. In the week prior, I had been on call for jail support 24/7, barely sleeping or eating. I had lost 10 pounds and was isolated from my family and friends. My body was weak, but so was everyone else’s in my crew of friends and comrades. We started sharing horror stories of feeling paranoid, feeling watched, no longer fitting our clothes the same way, partners being threatened with deportation, apartments being visited, our increased drinking and our lack of sexual interest.

After this week of hell whilst at the peak of the flu, I woke up overtaken by an overwhelming panic that my home was being raided by the cops. This wasn’t actually happening. What was happening was that my body was overwhelmed by fear and stress. I had a fever and was hallucinating. My first instinct was to call my partner and give him all my info, so that he could call a lawyer. I also had a plan for him to call my job and tell them I would be out for an extended amount of time. But while I was panicking, I could barely work my phone. I was confused, alone and hallucinating that I was going to get my room broken into by the cops and be arrested in my underwear. It took me five hours to realize that this wasn’t real and wasn’t happening to me. What struck me the most was not the fact that I was hallucination, but the feeling of my body being overtaken by fear. This was my body responding to the very legitimate fear of the cops. And I was responding to the knowledge that cops have the capacity to completely destroy your future.

During this time my own uncle violated parole and had to serve out the rest of his twelve-year sentence, while I was doing jail support for my friends and comrades. I felt conflicted about the accessibility most leftists have to legal support and services, which my own uncle had no knowledge of. Many of us knew what to do once someone we knew was arrested. This can be rare for people who are not exposed to the same types of milieus. This lead to me feeling either annoyed at people who freaked out about having misdemeanor charges; I knew they would get off not just because they were white but also because they were well connected to legal and political support. This reality was not true for my own uncle who when he violated parole was immediately sent back to prison to serve out his felony sentence. This is what the criminal justice system is like for most people. If you’re white and commit a crime, it can always be argued to be a “lapse in character”. Being black or brown, and God help you if you are poor and not well connected, the terms of engagement are already set: extremely high bails and several days in jail for something as simple as a misdemeanor.

While thinking of the contradictions of the criminal justice system, it did not minimize the fact that we were all suffering in different ways. The feeling of not knowing who was ringing my doorbell, or why a car had been parked outside of my apartment for a week, was overwhelming. The suspicion that I could, at any moment, go from eating dinner to being put into a jail cell was traumatic.

The trauma of facing state repression transformed me in ways that no other experience has done. Trauma lingered in my physical body and my psyche. These feelings I experienced presented barriers for me when trying to gauge where my friends and I were at emotionally. I felt alienated from my friends and sometimes not sympathetic to their feelings. I don’t think I was alone in this – we all struggled to find words to describe what was happening and how we were responding to it, physically and psychologically. Is it aptly summed up “police brutality” or “state repression”? Both of these terms left more to be desired. The emotions we were experiencing were too terminal to be considered sadness, and too material to be considered depression. Everyone in my personal circle knew that trauma occurs, but we never called it that.

Our lives weren’t completely destroyed; this had yet to be seen. We were “better off” than other people who had been arrested for stupid reasons, like for posting burning cop car emojis on Instagram.

After everything that I’ve witnessed, I think myself and others underestimated the scope of state repression being felt on a collective scale. Maybe in part because we still hoped that, despite the existence of state repression, resistance both small and large would proliferate. Insurrections like the ones in Ferguson and Baltimore continue to take place, each time more bolder than the former. The enforcement of collective psychosis is not enough to hold people back who do not wish to change or reform the world, but wish to revolt against their own depression, our own collective suffering. 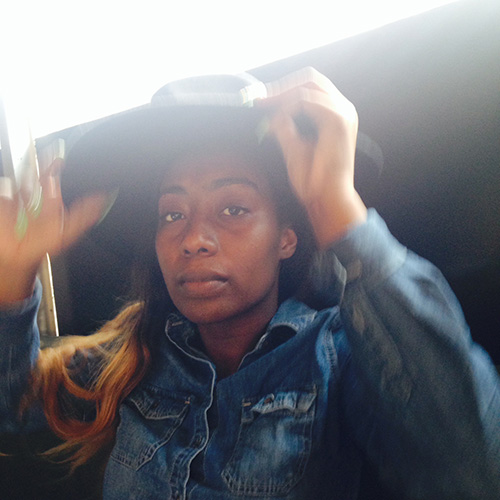 Jasmine Gibson is a Marxist feminist working as a mental health worker in the South Bronx – soon to be a psychotherapist for all your gooey psychosis episodes matching the bipolar flows of capital.