The one Royals parody worth watching It gets typecasting, “diversity”, and getting the goods exactly right. 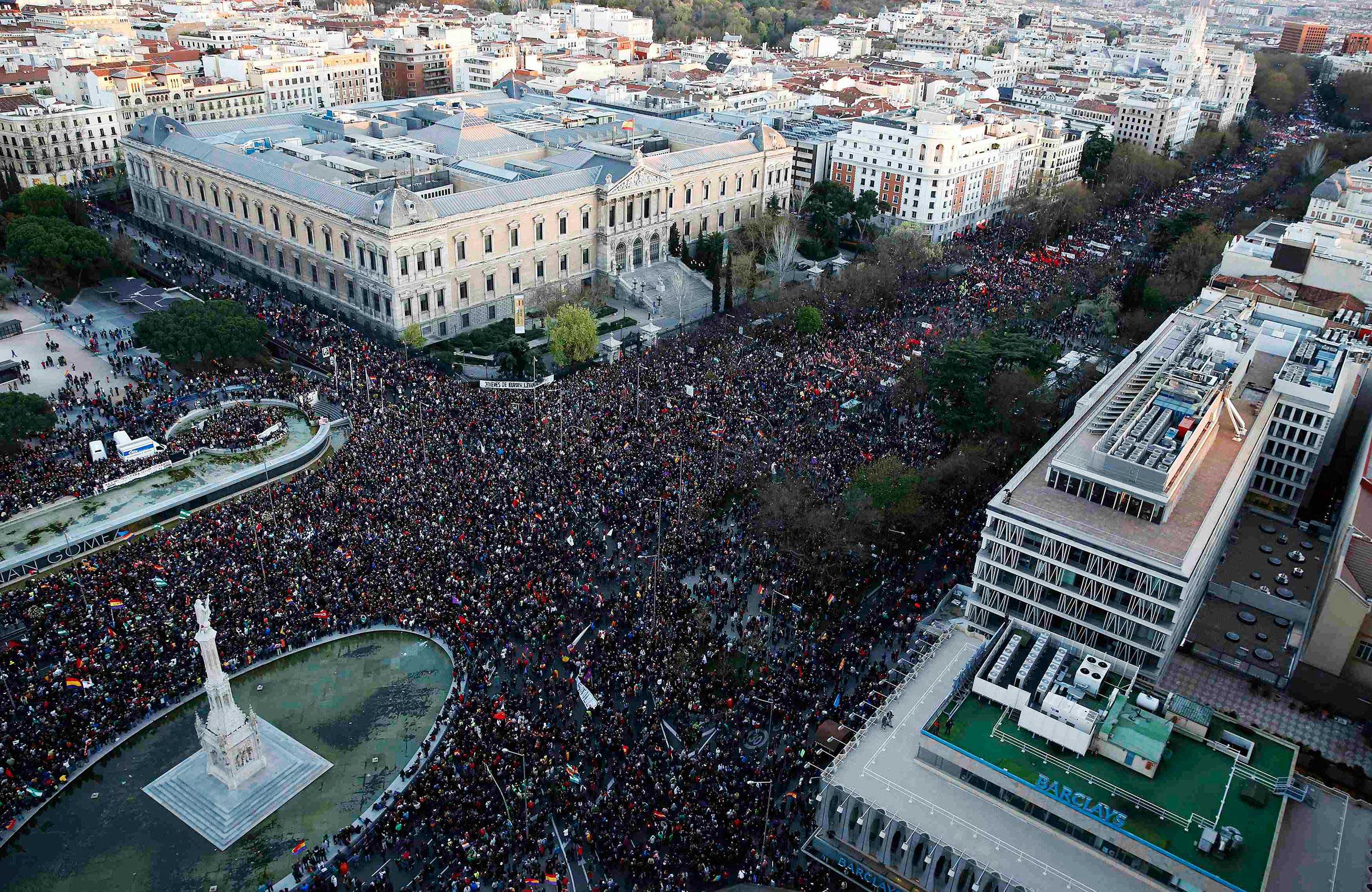 Over the weekend, tens of thousands of people gathered in Madrid for an anti-austerity march protesting the government’s spending cuts, soaring unemployment, homelessness, and corruption. Many people from across Spain walked for weeks to congregate in the capital.

As seen on the news, what started out as a “peaceful protest” turned “violent” in the evening, as “youth” clashed with the police.

In summary: tear gas and rubber bullets were fired, people were arrested, cop cars and banks were attacked, stones and firecrackers were thrown, trash bins were set on fire. By the end of the night the 1700 riot police had arrested 29 people. Here are some videos and images from the protest. 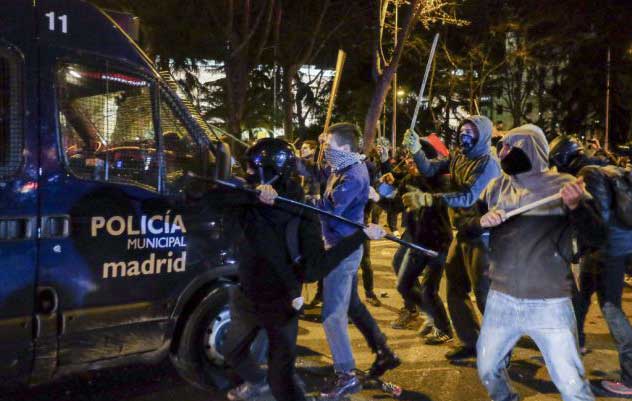 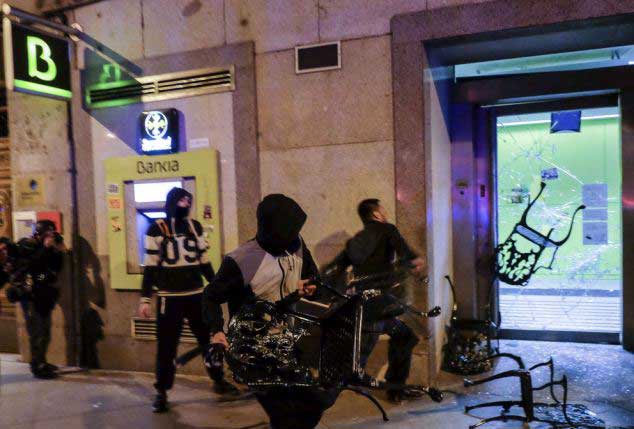 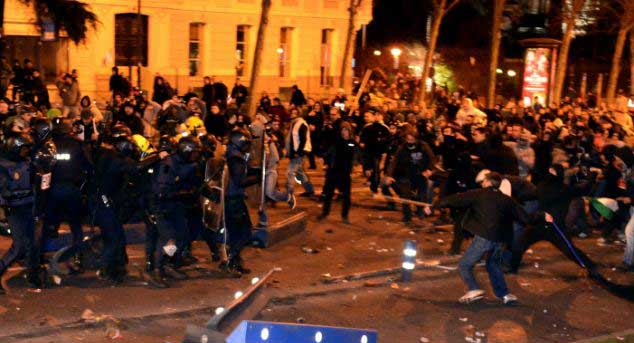