Stealing from Work — when you sell sex for money. J.P. Tamang's kleptomaniac’s memoir has us checking our pockets.

Best Tweets from SXSW written by the people whose job it is to got to places like that and write about being cool and bored. 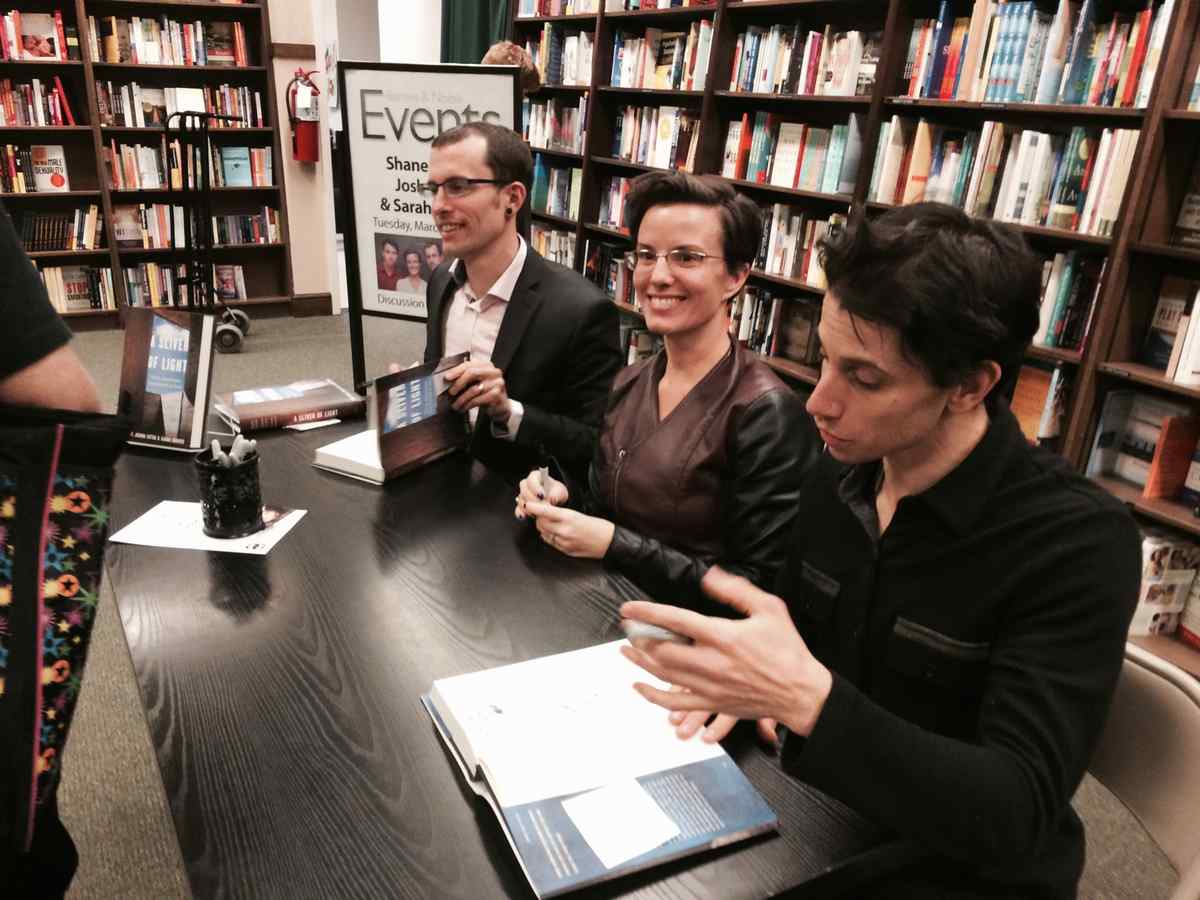 Sarah Shourd is currently living in Oakland, California, where she’s a contributing editor at Solitary Watch and a Visiting Scholar at UC Berkeley. Her prison memoir A Sliver of Light came out this week.

In the summer of 2009, Sarah Shourd and her friends Shane Bauer and Josh Fattal were captured by the Iranian military while hiking near the unmarked Iran/Iraq border in semi-autonomous Iraqi Kurdistan. The story of the “three American hikers” quickly became international news. It didn’t take the Iranians long to understand that they weren’t dealing with spies but three young activists critical of U.S. foreign policy. But by then the case had become much bigger. Because of the strained relationship between the U.S. and Iran, Sarah and her friends were valuable hostages giving Iran leverage for negotiations with the international community. Sarah was held incommunicado in solitary confinement for 14 months before being released for “humanitarian reasons”.

After being released, Sarah took charge of the campaign to release her fiancé Shane and her friend. She appeared on Oprah, met with president Obama, Hillary Clinton, President Talabani, Actor Sean Penn, Boxer Muhammad Ali, Musician Cat Stevens, and even President Ahmadinejad. Shane and Josh were tried in court and sentenced to 8 years in prison, but were released in September 2011, after serving over two years.

Last Tuesday, two and a half years after being reunited, they released a prison memoir about their time in Iranian prison and the campaign for their release, A Sliver of Light –Three Americans Imprisoned in Iran. In the book, each of them takes turns narrating the events that lead up to their release. We learn about their deep interest in the Middle East, what they were doing there, the moments before their capture, and the long and arduous struggle to be released. Most of all, it’s an honest and compelling portrayal of what imprisonment does to you psychologically, how it breaks you down and reduces you to bare life.

I first met Sarah at a bar a few months ago. When I asked for an interview, she immediately agreed. We met last Saturday at a café halfway between my apartment and where she was staying.

What have you been doing since your release?

Sarah Shourd: I’ve been advocating and writing about prolonged solitary confinement in our country for over three years now, since Shane and Josh got out. I’ve been collecting oral and written testimonies of people currently in solitary confinement or that have gotten out–through prison visits, in-depth letter correspondence, and in-person interviews. I’m weaving them into an anthology that I’m going to publish with Solitary Watch.

It has definitely helped me make sense of my own experience, hearing these stories. When I first came back I felt so isolated. In prison, I thought that once I get out of this box I will never have to feel lonely again, I will always have people that I care about to talk to and I will never have to be trapped in my own mind in the same way. But it stays with you, you internalize it; what you experience in prison is in you. In some ways it’s harder to escape the internal walls. Hearing other people’s stories, I had this profound revelation that I wasn’t alone, even though it felt that way in my own community. Very few people around me have actually experienced long-term solitary confinement or imprisonment. Some people I know have been in jail for activist related activities, but it’s not the same.

I started befriending a lot of people that have been in prison and it dawned on me that prison is not at all a rare thing. Our country imprisons more people than any other country in history, actually 1 in 100 Americans will go to prison in their life time. It’s astronomical. Our prison population is the combination of DC, Boston, and San Francisco –that’s how many people are in prison in this country. I’m so far from being alone. It’s ironic that I experienced it in another country, but in another way it’s not. I’m not a target in this country – impoverished communities and communities of color are – but I went to a place where I actually was a target. I chose to go to the Middle East, and I knew there was a risk involved, but I never intended to go to Iran. Because of random events, that’s where I ended up – and in Iran I’m definitely a target.