Shia LaBeouf – Man of Our Time

Special Boys The boys in special ed were ruthless to themselves, but supported each other like no one else ever had. 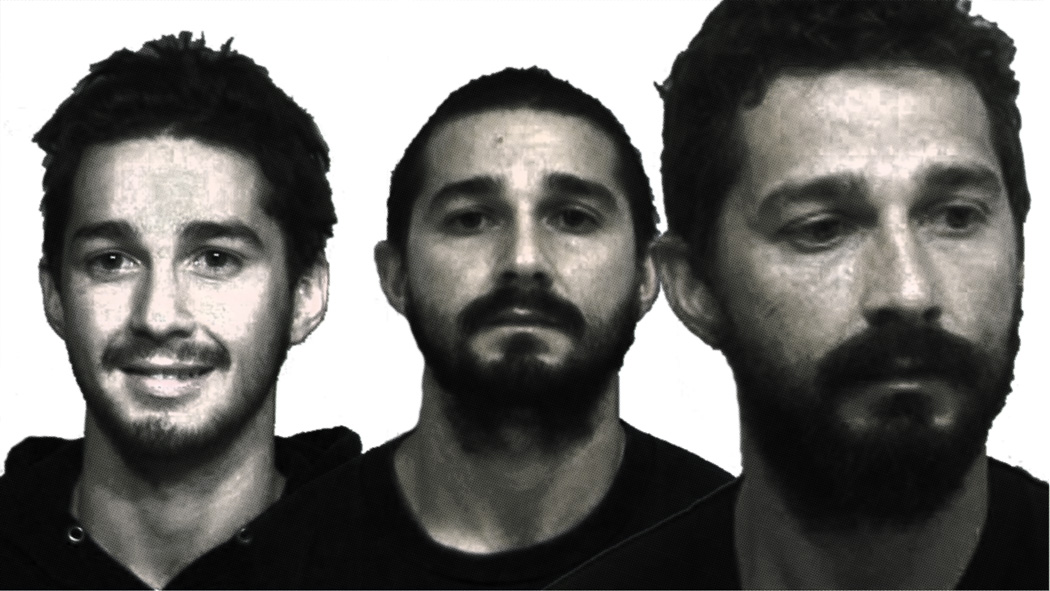 Man of Our Time

Kylee V. Luce chronicles Shia LaBeouf’s glo-up from Disney darling to GQ cover boy, and all the arrests in between.

Shia Labeouf’s 2007 mugshot is an image I can call to mind in perfect, luculent detail. Howling from the hinterlands of a full decade ago, when he was arrested for refusing to leave a Walgreens, when it circulated widely online and on gag t-shirts, his face, hovering above a purple hoodie, wears an expression bemused and somehow infinite, almost like the girl in Balthus’ Thérèse Dreaming. His lank mustache curls above a small parted-lip smile and his eyes shine as if lit by a bounce. Looking at it still makes me laugh.

It wasn’t the first time he’d warmed the backseat of a police cruiser, nor would it be anywhere near the last. The inciting incidents behind these visits are a gallimaufry of absurdities, a stew of bad behavior both banal and severe. They begin, as he explains in an essay for the 2015 book Prison Ramen, when he was nine years old; he was arrested for stealing a pair of Nike Cortezes. Two years later, he was caught stealing a Gameboy Pokemon from Kmart. He then had a nine-year reprieve from the constabulary backseat before, at age 20, attempting to stab a neighbor and spending two days in jail. Later that year, he got arrested at Walgreens; it was 2:30 am, he was drunk, and he was buying pimple cream; a security guard, he thought, was laughing at him. Seven years later he was drunk again –“wasted from the second he walked in”, according to Alan Cumming’s interview about the incident on Conan O’Brien –while watching a performance of the play Cabaret in New York City; he was arrested for disorderly conduct that included shouting at the actors through one side of his mouth, smoking a cigarette with the other, and grabbing Cumming’s ass.

Of his post-Walgreens night in jail, he wrote, “For some reason, I had the best sleep ever.” Of the full day he spent incarcerated after Cabaret, “While there, I did have a terrific egg sandwich.” His essay is as funny as his most memorable mugshot. But though he titled it “Error Breeds Sense,” this has proved to be a velleity; his mistakes have not bred enough of it for him to stop getting arrested. In Austin, Texas, for instance, for public intoxication in 2015. In New York City, for misdemeanor assault and harassment at the location of his Donald Trump protest artwork in January 2017. In Savannah, Georgia, for public intoxication, disorderly conduct, and obstruction in July 2017, which was –in case you’re losing track –last month.

And then there are the crimes he wasn’t arrested for. Most notably his ostentatious plagiarism of the beloved Ghost World writer and artist Daniel Clowes, in a short film he made, and of two different writers, Benoît Duteurtre and (hilariously) Charles Bukowski, in two of the comic books he made. The negative press that followed prompted him to wear a paper bag over his head bearing the words I AM NOT FAMOUS ANYMORE, scrawled in sharpie, at the February 2014 Nymphomaniac premiere at the Berlin Film Festival, and to execute the performance art piece #IAMSORRY with the artists Nastja Säde Rönkkö & Luke Turner two days later. In the latter, he appeared in a Los Angeles gallery in a tuxedo and the same not-famous paper bag, crying in silence as visitors dropped in to sit across from him and out again to write up astonished recaps of the experience for large media outlets. It was around this time that I and many other people began to suspect that Shia, and Shia’s fame, would not be continuing in any average way.

This is a preview of one of our feature articles, the other 81% of this is available to subscribers. 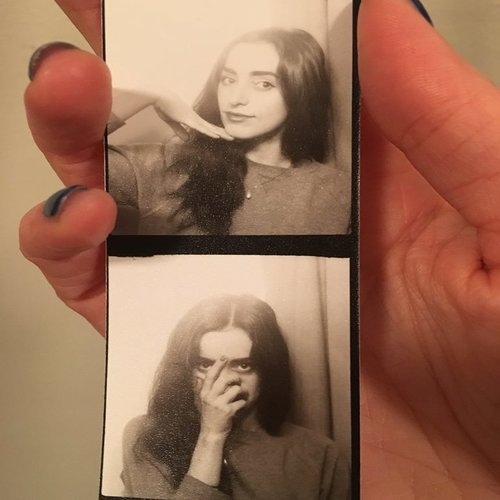 Kylee V. Luce is a writer lying on the floor in Los Angeles. She once saw Justin Bieber driving but has yet to lay eyes on Mr. Labeouf.