Great Books for the Kids in Your Life

Culture Round-Up: KKK plays dress-up, Pizza Advent Calendar, Tumblr’s most reblogged in 2014, and other ways to survive the holiday season. 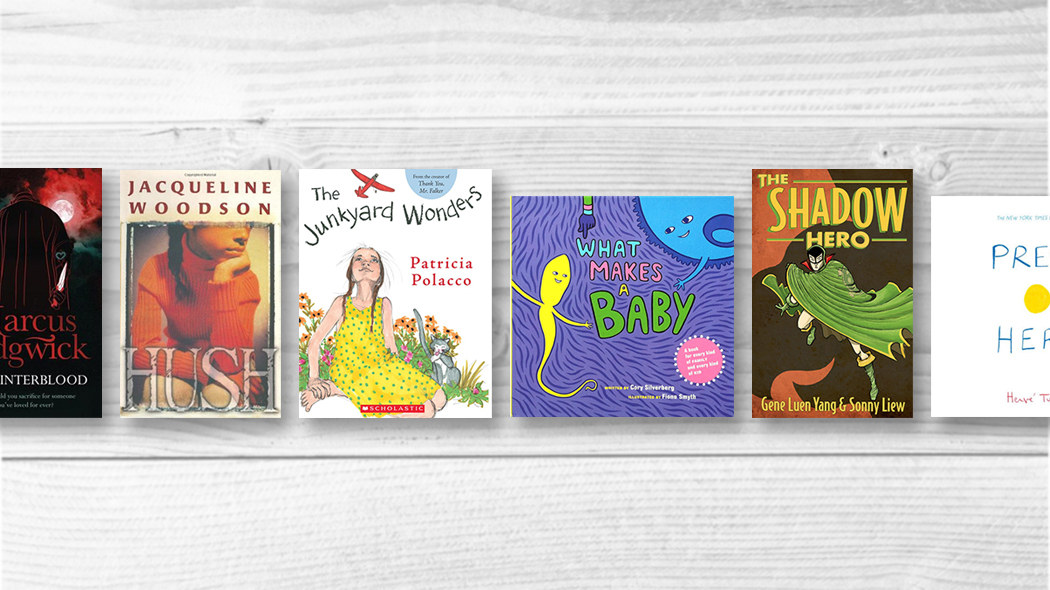 Great Books for the Kids in Your Life

If you’re a grown-up in some little kid’s life, you should probably get them some books.

So, you’re old now. Sorry but it’s true. One of the side effects of your continual aging is that now you’re like the grown-up in some little kid’s life. And maybe that kid’s life doesn’t revolve around the intense consumer fest that is “the holidays,” but it probably does, and you should probably buy that kid something. And that something should probably be books.

Books have been proven by a bunch of scientists to be really good for the brain development of folks who read them. And if you think science is bullshit then let me tell you: most movies these days are based on books, so you can give the kid in your life a head start on up-coming pop culture by giving them books.

What Makes a Baby
by Cory Silverberg, illustrated by Fiona Smyth

Even if a baby cannot understand you, you should be reading to it. As soon as you start exposing them to books and written language they will start absorbing it – their brains are sponges for this stuff, it’s pretty cool. This book is great; it explains the whole baby making and gestating process in a way that’s inclusive to every baby that’s ever been made. And I mean everything – it doesn’t use gender to talk about how babies are made, which makes it inclusive to trans and gender variant parents, as well as for folks who use sperm donors or surrogate wombs. So whether you’re trying to needle your normy sister, or give your bestie a resource to normalize their kid’s experience, this book is a baller.

So, one of the skills you wanna help early readers achieve is Print Awareness, which is an understanding of how books work and a love of them. I don’t think I’ve found another book that does this better. It’s a completely interactive book, each page has colorful dots that the reader is encouraged to press or rub or pat or blow on, and the next page shows the dots after they’ve changed color, multiplied, or fallen to the other side of the page. It’s a great low energy activity that enthralls young kids without any screens, so it’s a great way for you to spend time with the youngin, or help their parent out if you don’t really do kids. Hervé Tullet wrote another book that helps young readers learn about colors that is just as captivating called Mix it Up.

The Junkyard Wonders
by Patricia Polacco

At this age, some kids will be learning to read independently using Easy Readers (also sometimes called Early Readers). Easy Readers or Early Readers are really simple stories with few and easy words on the page, which is great for the kids but boring for adults, and I don’t really have anything to recommend. Also, many kids in this age group won’t be reading independently yet. No matter their reading level, as long as kids will listen to you, you should continue reading books to them. And you should read this book to the kids in your life. Patricia Polacco is a storytelling genius and always weaves magical and touching tales. This one is based on her elementary education and being in the special ed class in the 1950s. It’s sweet and poignant – as a dyslexic reader I haven’t found another book that tells the learning disability experience better. It’s an incredible and an important read for kids (and adults probably) of all abilities.

One Crazy Summer
by Rita Williams-Garcia

I cannot recommend this book enough. This is a book about three sisters who for the first time in their lives go to live with their mother, in Oakland, in 1968, to attend a Black Panther summer camp. It’s just amazing. It’s a beautifully written book with fully fleshed characters and a plot so captivating that it’s hard to put down. It also normalizes radical and even underground organizing. It negatively depicts police, portrays the character experiencing and dealing with the aftermath of a  home being raided by the police. Whether you’re trying to give a kid a peek into someone else's experience or trying to let them know they’re not alone, it’s a book kids should be reading.

Jacqueline Woodson is an amazing author. I heard her speak this month and cried as she read from her latest book Brown Girl Dreaming (which just won the National Book Award, nbd). I’m recommending Hush because it’s a fantastic way to talk to kids/teens about cops. I think this book will be useful regardless of whether you’re giving it to a kid who’s had consistently negative relationships with police or you’re trying to expose someone with a privileged experience with police to how cops treat youth of color – and black youth in particular. The main character is a black girl who’s life is torn apart by police retribution when her father, who’s a cop, testifies against two white co-workers who shot a black teen in cold blood.  It’s beautiful beyond the vital messages for young minds – it’s simply an absurdly well-written book.

One of the authors of The Shadow Hero, Gene Luen Yang, is a comic-writing genius. He uses a storytelling sophistication in his graphic novels for teens that is strikingly beautiful to read. This story is a straight-up classic super hero comic, but will appeal not just to comic nerds. The character development, goofy comedy, and exploration of life in a West Coast city’s Chinatown gives it wide audience appeal. It’s about a Chinese American super hero, which is unfortunately rare. Also, since it takes place in the 40s, it normalizes historical Asian American experiences. It also explores in a thoughtful and validating way why ethnic gangs form, and has racist cops. (By now you might have figured out I’m trying to recommend as many books as possible that could be described as #ACAB...)

I fucking love this book. It has no anti-state overtones, no anti-racist messaging, and yet it’s one of the best goddamn books I’ve ever read. Sedgwick does a phenomenal job of weaving together a series of peculiarly interconnected stories that stretches over a century. It’s part fantasy, part mystery, and totally creepy. It explores themes such as the many forms of love, and the tragic events that imprint themselves across lifetimes, as well as fascinating possibilities that reincarnation could offer. 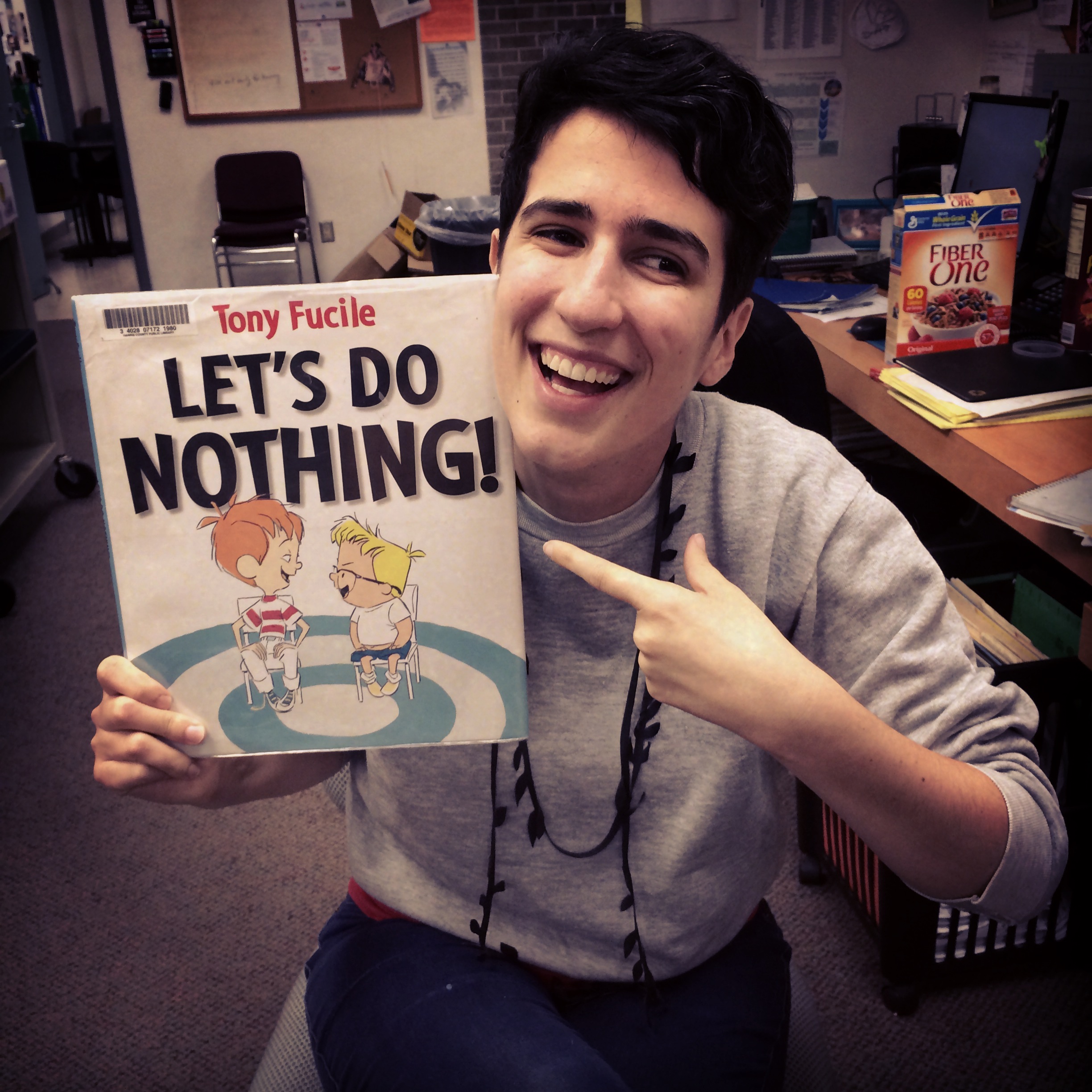 Maggie Block is a Youth Librarian in the Deep South. When she isn’t reading and over-analyzing youth literature, watching too much online TV, or neglecting her blog and twitter account, she tries to organize in radical collectives dedicated to destroying prisons, capitalism, racism, patriarchy – and other stuff too, probably.