Against All Odds In 1921, ten thousand West Virginia coal miners took up arms against their bosses.

I Am Sending You This from a Crater Easton Smith on the prospect of nuclear war, Arundhati Roy, and Hélène Cixous. 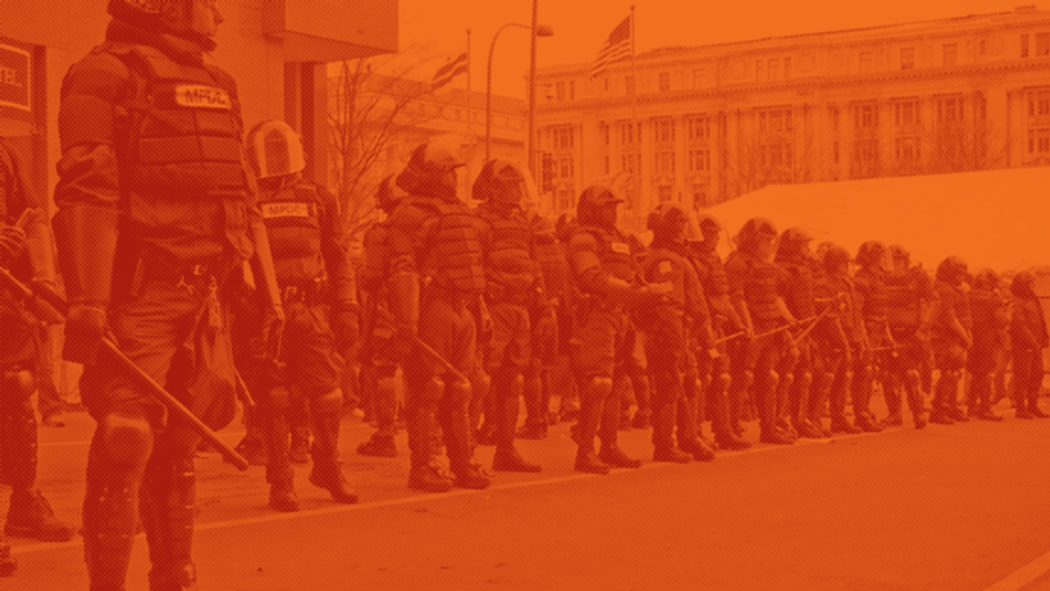 Two hundred thirty-four people were arrested during protests at Donald Trump’s inauguration in Washington, DC on January 20. Trials for those still charged – almost 200 – begin on November 15. For many observers, the mass arrests and subsequent prosecution confirmed a fear that had festered since the election: that by inaugurating Donald Trump, America would also usher in an unprecedented era of authoritarian politics – a harsh and wholly illiberal regime prepared to use any available means to quash dissent. It’s a tidy narrative: Trump took power and the hammer fell. But there’s more to the story.

In fact, the prosecution of those arrested at the inauguration (commonly referred to as the “J20” defendants) could be placed on a historical continuum of repression in our nation’s capital and across the country. That history did not begin with Donald Trump and will not end when he vacates the West Wing to resume his media-saturated dotage in Trump Tower. It’s a history that has long been instrumental in maintaining economic and racial hierarchies. The laws which delineate the boundaries of legitimate protest – including those under which the J20 defendants are charged – were shaped by mid-century fears about black revolutionary politics. And the law has often created distinctions between “protest” and “riot” that obscure the role of the state in perpetuating violence.

With the exception of a few journalists, legal observers, and minors (whose charges were dismissed) all those arrested on January 20 were initially charged with a single count of felony rioting. However, on April 27, a grand jury returned a superseding indictment charging 212 defendants with eight felonies –including inciting a riot, engaging in a riot, conspiracy to riot, and five counts of property destruction. On November 1, Judge Lynn Leibovitz, reduced the “engaging in a riot” and “conspiracy to riot” charges to misdemeanors. The remaining six felonies carry a maximum sentence of 60 years behind bars.

In the indictment, all 212 defendants are held responsible for smashing the windows of a BP gas station, a Starbucks, a McDonald’s, and a Bank of America; pulling newspaper stands and trash cans into the street; and defacing public and private property with spray paint. A smaller group was also charged with misdemeanor assault on a police officer. (Those charges were dropped in September when the court determined the prosecution had applied an outdated version of the law.) One defendant, Dane Powell, was charged with an additional three counts of felony assault on a police officer. The MPD alleges six officers suffered minor injuries during the protests. After pleading guilty to one of his felony assault charges and felony rioting, Powell was sentenced to four months in prison and two years probation in July. Twenty other defendants have pled to lesser misdemeanor charges, according to a representative of activist and legal support collective Dead City Legal Posse. The remaining 192 are scheduled to stand trial in groups of about eight over the course of the next year.

The legal underpinnings of the J20 prosecution are novel. Deploying the legal doctrine of “conspiracy liability,” prosecutors will seek to hold nearly 200 people responsible for the alleged criminal acts of a few. But the state’s effort to criminalize disruptive protest – and the impunity afforded to police and prosecutors in doing so – are not new. Mass arrests at demonstrations have been a key tactic of militarized protest policing for decades. And overcharging defendants to coerce plea deals is routine practice for criminal prosecutors. Like the Trump presidency, the case of the J20 defendants is only aberrant if one ignores the tradition of repression, intimidation, and racism that fuels American punishment.

On February 23, DC’s Democratic Mayor Muriel Bowser held a press conference at the John Wilson Building on Pennsylvania Avenue. Flanked by the US and District flags, the mayor nominated Peter Newsham to lead the MPD. Bowser, an elegant 45-year-old black woman known for her political caution and reserve, described Newsham as a safe bet for the District, a “reliable and consistent” workhorse who had put in his time on the force and proven his mettle as interim chief since his predecessor, Cathy Lanier, resigned in September 2016. Most of all, Bowser said, Newsham shared her belief that “policing is not something the MPD does to the community; but it is something we all do with the community” (emphasis hers).

A month earlier, Newsham had overseen the police response to the J20 protests. Mayor Bowser was bursting with praise for Newsham’s handling of the inauguration. “With the eyes of the world on us,” she said, “our officers stepped up to the plate and performed.” And what a performance it was. 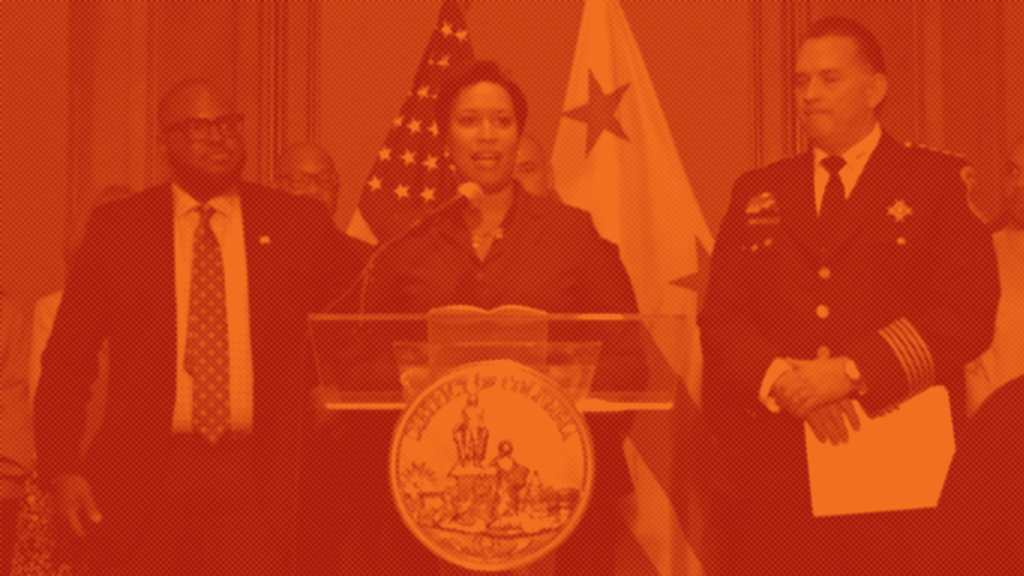 A report issued by the DC Office of Police Complaints (OPC) on February 27 details a litany of violent acts committed by MPD officers throughout the day. According to the report, police manhandled protesters engaged in nonviolent civil disobedience. They pepper sprayed crowds of journalists, legal observers, protesters, and bystanders without warning. They “indiscriminately” deployed stinger grenades – explosive devices that emit smoke, painful rubber pellets, and a chemical irritant – tossing them into crowds of protesters. (According to an OPC investigator who contributed to the report, officers are trained to deploy stingers by rolling them on the ground to avoid facial injury.) One OPC monitor – “dressed in distinctive clothing identifying him as an OPC monitor” – was pepper sprayed on the side of his face; another was hit with stinger pellets on both legs.

In response to the OPC’s report, the DC City Council appropriated $150,000 on May 31 for an independent investigation of police conduct on January 20. That’s $50,000 more than the total cost of the damage caused by protesters as alleged in police charging documents.

The mass arrests took place a little before 11 AM. Police clad in riot gear formed a line and encircled a large group at the intersection of 12th and L streets. No warning or order to disperse was issued before the police began kettling the crowd. A few demonstrators broke the line and evaded the cops. The rest were trapped. With the exception of a few journalists, no one was allowed to leave. 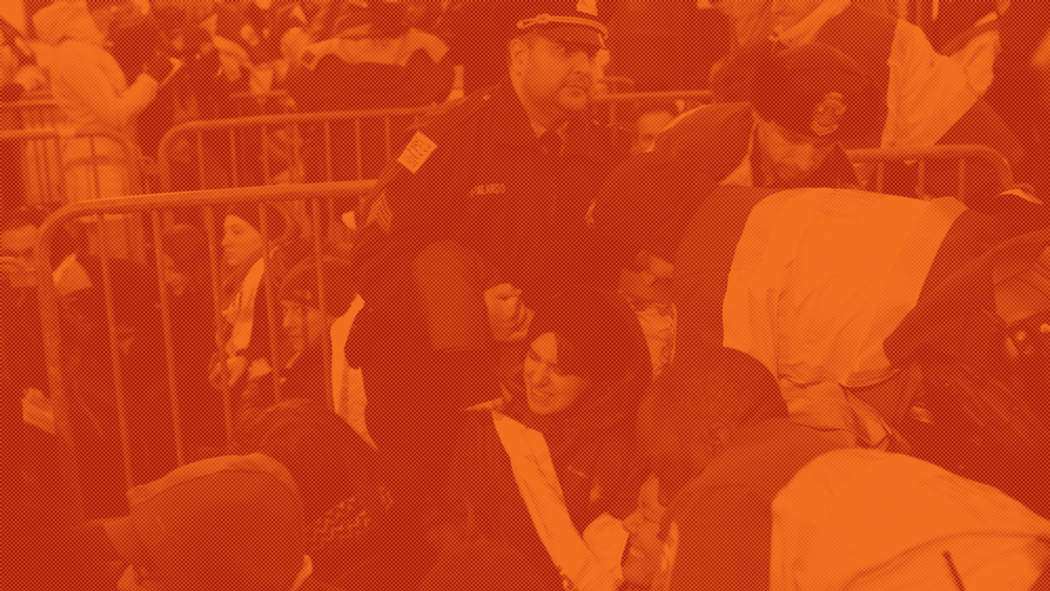 According to witnesses inside and nearby the kettle, the mood inside the cordon was tense. Detainees were pressed against each other for hours. Pepper spray hung visibly in the air. Water and food was scarce. Demonstrators rummaged in trash bins for empty bottles to piss in. Officers taunted them, throwing away edible food as hungry protesters watched and waited. According to a lawsuit filed against the MPD in June, one officer quipped, “If you wanted to go to the bathroom, you shouldn’t have gotten arrested.” The lawsuit, filed by the ACLU on behalf of three arrestees and one legal observer, alleges an array of unconstitutional behavior and brutality by police on January 20.

Over the course of the next nine hours, the marchers were arrested. One of the plaintiffs in the ACLU suit, independent photojournalist Shay Horse, alleges MPD aggressively examined his rectum and gripped his testicles after his arrest. Horse claims that his wrists were scarred from police zip ties digging into his skin. He says the alleged rectal search felt like rape, and that other officers stood around laughing while it was conducted. “They used those tactics to inflict pain and misery on people who are supposed to be innocent until proven guilty,” Horse said during a press conference in June.

Evan Engel, then a reporter at Vocativ, now freelance, wrote about his arrest for the Freedom of the Press Foundation website. After nine hours in a holding cell at District 1 Police Station, officers locked Engel and other arrestees in a hot van before driving them to central booking. As their breath and sweat reactivated the pepper spray covering their coats and hair, several protesters started to hyperventilate and gasp for air, according to Engel’s account. The arrestees banged on the doors, asking to be let out. Officers ignored them. Engel and other witnesses observed one detainee whose contact lens had interacted badly with the pepper spray, causing his eye to bulge with blood.

The MPD apparently stands by all this behavior. “All the police officers were outstanding in the judgment that we used,” Newsham said during a press conference convened the day after Inauguration, “I couldn’t be more proud of the way this department responded.” 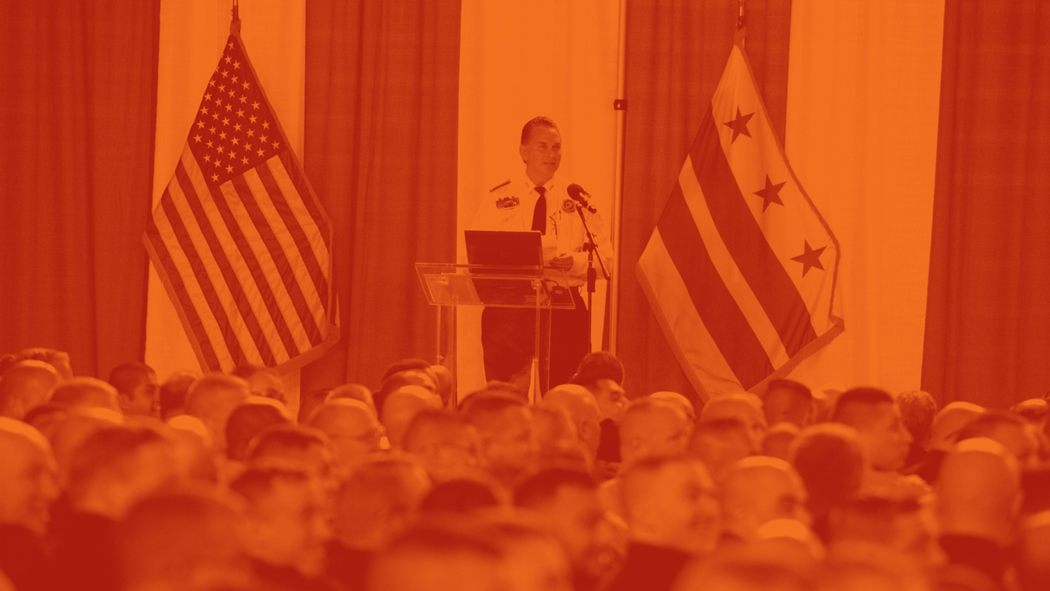 Since the arrests, prosecutors have broken into at least eight of over 100 phones confiscated from demonstrators, subpoenaed defendants’ Facebook feeds, sought to identify every IP address that visited the Disrupt J20 website, and compiled 600 hours of video footage, including some of planning meetings recorded by undercover far-right infiltrators.

In effect, investigators are conducting an indiscriminate digital dragnet to retroactively justify their indiscriminate physical one. That, says Mara Verheyden-Hilliard, a lawyer and co-founder of the Partnership for Civil Justice Fund (PCJF), is a fundamental perversion of due process. “It suggests the police could just arrest you at any time, prosecute you, and spend months trying to figure out if you’ve ever done anything wrong.” She added, succinctly, “It’s a police state mentality.” 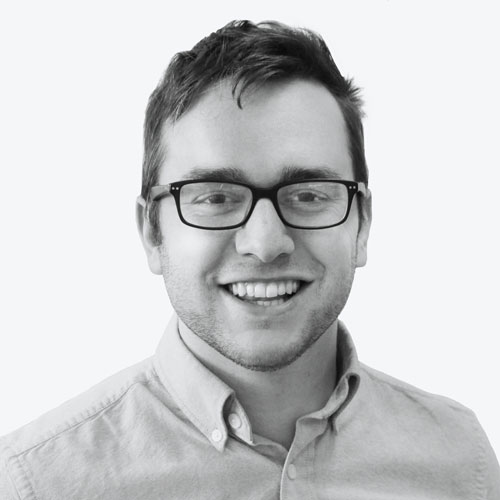 Sam Adler-Bell is a policy associate in the privacy, security, and surveillance program at the Century Foundation in New York. His work has appeared in The Nation, The New Republic, Jacobin, and elsewhere.