An Evening with Rafael Sánchez

Reading Roxane Gay’s Hunger crystallized for me the discomfort I’ve felt within my own body and the mechanisms I have developed to conceal it.

CW Suicide Sometimes we wake up even though we chose to never do so again. 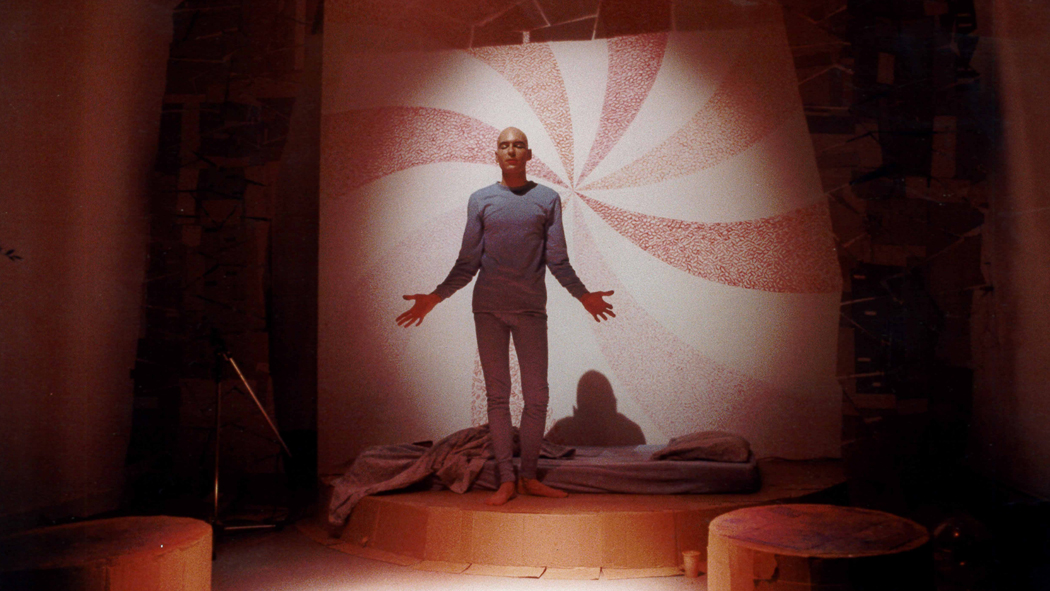 The androgyne is not for sale, says artist and performer Rafael Sánchez. Spanning the AIDS crisis, the redevelopment of Lower Manhattan, and the aftermath of 9/11, his artistic archive intimately portrays the playfulness, loss, and hardship that paved the way for today’s gender revolution.

An Evening with Rafael Sánchez

Rafael Sánchez is from a New York you always wanted to move to –the New York you might’ve missed if you first saw it in the new millennium. Over the past year visiting his studio, moving through his archive, he unpacked four decades of artistic practice for us. His art work is made up of theater, filmmaking, publishing, sculpture, painting, costume, and performance. If you ask him, he’ll explain these disparate endeavors are anchored by a core of experimentation. Though glamour and spectacle move through his projects, their beauty can be misleading. He is a difficult artist to characterize quickly, one of the underground’s best-kept secrets.

Rafael refers to time as a medium and “drawing” as the core of whatever is the final form of the work. In every sense he is deliberate. He takes his time; he’s not in a rush. Rafael’s archive narrates histories of our city which are vital to record and preserve –the AIDS crisis, the redevelopment of Lower Manhattan, the aftermath of 9/11 –though he'd probably refute preservation as besides the point. Instead he prioritizes human exchange. He makes sculpture from observations and interaction. He treats language as a vital surgical tool that requires patience and respect. Talking with him about his life and work fills in your mental timeline in explosions –mythic forays, tragic erasures, urgent celebrations of life, and countless experiments. This is another New York story.

How did you get started creating performances?

When I was around 10 I had a nickname. They started calling me Chico. I had a strong Spanish accent at the time and this –Parsippany, New Jersey (as Cuban-born transplant via Queens and New York City) –was very white America. Even a white kid with an accent was a foreigner. And so I would act out my “Latin-ness” I guess, as a way to get by. I started doing performances that were really bonkers for a small group of friends who seemed to accept me because I could be funny. I would sing popular songs that resonated for me. It’s not like I planned or rationalized it –it just came out of me! There was a band called War that I liked a lot and they had a song called “The Cisco Kid.” Obviously Latin outlaw, right? There was another song, “Brother Louie,” by a group called Stories –the lyric is: “She was black as the night, Louie was whiter than white.” It was a song about an interracial couple and brother Louie was singing the blues because he had to deal with all of this judgment for who he was dating.

Skateboard culture wasn’t really a thing yet in 1970–72, but if it was we would’ve been that. So we would meet at strange marginal locations and smoke cigarettes, start little fires as boys do. We would mix flammable liquids from around the house in a container and squirt it around and make these flash fires by these strange concrete tunnels that seemed to divert the local water table under the roadways. The kids would say “Hey Chico, do ‘Brother Louie’” and I would squirt the liquid and light a fire and sing “Brother Louie.” Then I would roll on the fire and put it out with my body during the instrumental part. That was my act. Those were my earliest performances. I guess I was figuring out how to be myself amongst the culture at large. 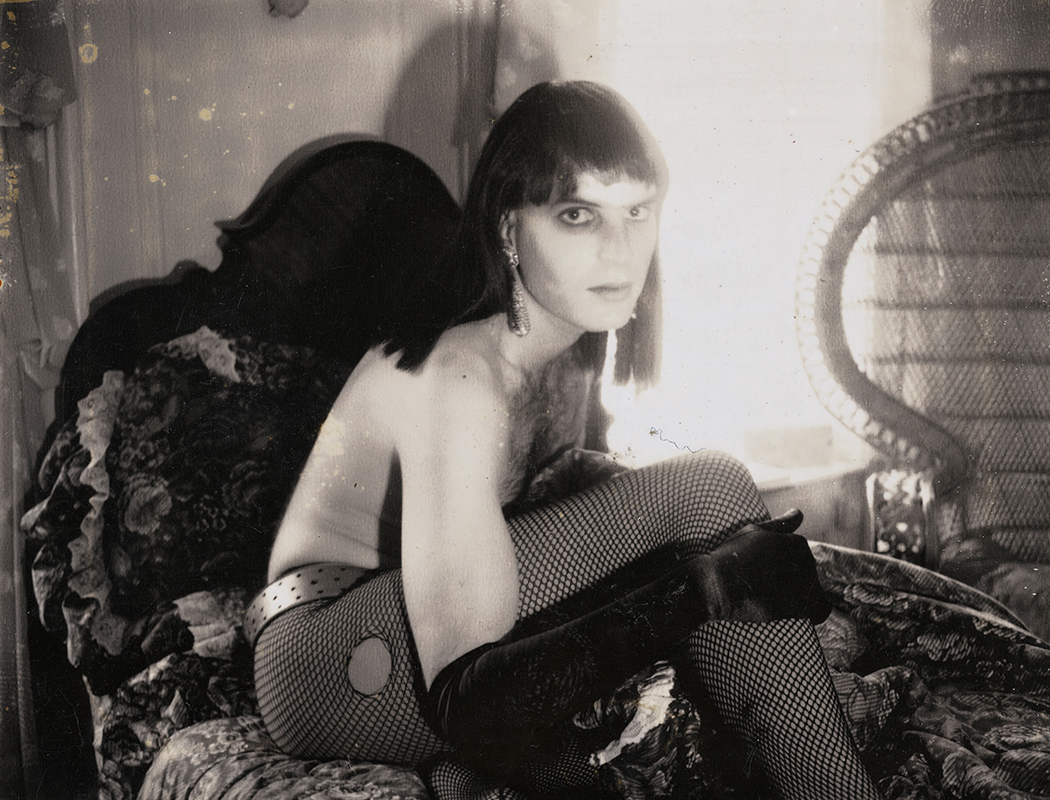 Who were your influences? What were your main interests or concerns that kept you coming back to performance and drag?

Drag didn’t make sense to me; it just happened. A key factor was spending time with Mark Morrisroe. He would come home from shows in town and tell me about what others were doing. At the time I still had my studio in Newark and was studying at Rutgers, and I was living in an apartment in Jersey City that I shared with my sister Lourdes. She and I were very close. We were both artists born in Havana, and we went through a very bizarre first generation upbringing together. Anyway, I had a giant 7 x 10 feet tarred and feathered canvas that I couldn’t fit anywhere. Fortunately we lived on the top floor, and the canvas fit exactly on the landing up against the wall. I first met Mark with that painting. He came upstairs to borrow a cup of sugar.

Literally a cup of sugar?

Yes. I heard somebody out in the hallway before he even knocked and there he was, sniffing that painting. He had this strange squeaky voice and said, “Did you make this?” I said “Yeah” and he said, “I usually have to come around to other people’s art but this is really fantastic.” And I was like “Thank you.” Then he said, “Can I borrow a cup of sugar?” And that was our friendship. That’s what I mean by drag happened –there was no searching for motivations. Great things like this come as life’s gifts. 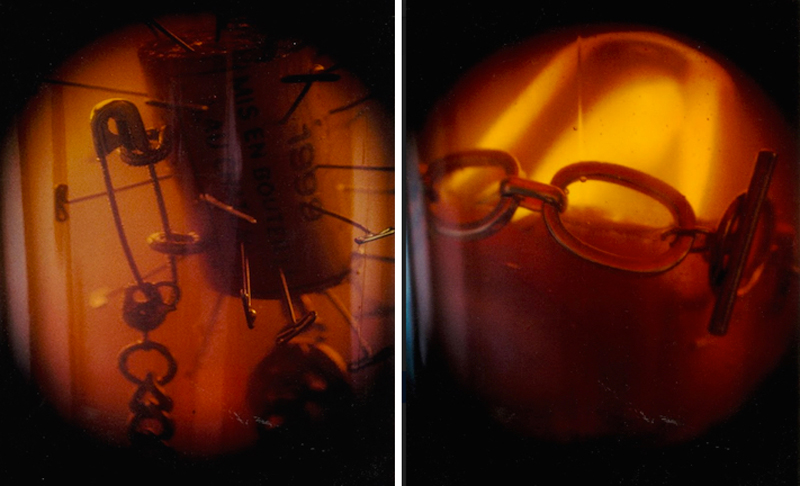 So who were some of your role models early on? Not just for drag but performance?

Jesus, that’s so vast. Coming up through New Jersey, I guess at some point in my late teens and early twenties I found I was drawn to artists like Allan Kaprow, Robert Whitman, Robert Smithson…. They all had roots in New Jersey and I was fascinated by the landscape, having been separated from my birthplace and never really knowing it. They were a generation of artist thinkers –to me, they were my beat poets. They worked outside conventional art systems and contexts. They helped me see that the landscape around us, no matter how banal, is part of us. To me, that is very spiritual. But I liked drawing most of all. In 1979, there was a retrospective of Joseph Beuys at the Guggenheim. That was a game changer for me. That and discovering Ad Reinhardt’s work. I read a lot. Also, there was so much great music that my generation grew up on. Much of it had gotten under my skin, and I always wondered how that could be worked in: The New York Dolls, David Bowie, even macho acts like Alice Cooper and Kiss. We went through puberty with that stuff in our veins. Butch bands like Led Zeppelin –when you see pictures of them, they’re all hairy and sweating and swagging this incredible drag. Robert Plant with his golden locks, and he’s got these blouses and they’re low cut. That was all very gender-bending. After college, I lived in Paris and really liked Dalida. She sang standards; I liked her sad period. She had two or three husbands who all committed suicide, so by the mid-70s she was very dark. I remember Mark was still alive when I first went to Paris. He was obsessed with Connie Francis and Judy Garland, these women turned icons, but I never got into that.

How did you first get into drag?

Well, what motivated me most was the real-life street experience and moving through the world that way –sending alternative signals via what I was wearing and how I presented myself. The world reciprocated somehow. The first time I went “out” in full drag was just for fun. It was Halloween of ‘91. The children treated me like a lady. They came right up and said “You’re beautiful” as I stepped out the door. As a guy that resonated in my core. Males are never told that, ever. We don’t experience that and it blew me away I guess –it was a kind of affirmation, and it raised a lot of questions for me.

The next day I felt very sensitive. I picked up some paintings Mark had left me from Pat Hearn. I felt like I was reconnecting with him though he’d died two years before when there was a piece of cardboard I found in the back, between the stretchers, and it was a portrait of Divine...an original print by the photographer Jason Gavin. With what I was going through, that felt like a sign from beyond.

But, in the drag community, a lot of my peers were working through women issues. A lot of that drag was even filled with women hate. It made me uncomfortable. 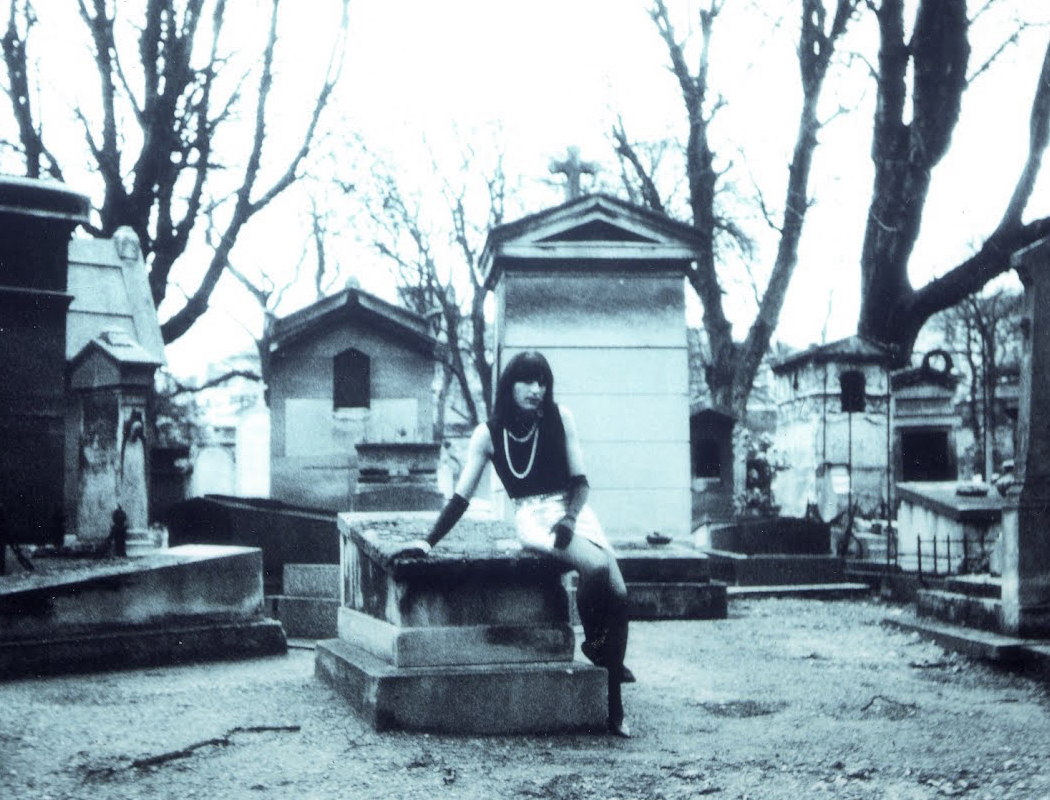 Wow, in what way?

A lot of the clown drag seemed disparaging at times, even Raspberry’s [Mark’s]...it’s complex. I’m not going to name any other names, but a lot of queens actually don’t like women. Things they would say were so misogynistic.

Where do you think that came from?

A world that creates identity conflict and thrives on power. A lot of power drag was about assertion –extremely competitive and vicious. This whole thing of “reading” even...I still find it to be very macho. Even the terminology of “queen.” What is that? What’s with all this hierarchy? I enjoy the camp and poetry of it, but then when I would go out with love in my heart, suddenly it would be all about these things...like passing and being on top...reading...competition….

It mirrors society in a lot of ways though. Queer communities feel like an oasis when you first find them, but then it is shattering to realize they can have other chains of command.

I understand competing to become a better artist, but I learned very quickly that drag is a dangerous game.

When you put yourself, your body, your being out there in a world loaded with constructions about identity, you’re fucking with it and it’s going to fuck back with you. And that’s a dangerous game. From the most perfect of strangers to the family you grew up with.

It’s very layered. I have so many friends who are navigating these things constantly, even as children. One of the things that inspired me at that time was meeting and making friends with people who lived on those margins. What motivated me was to create the best art I could, to elevate our perceptions and discover things, and to learn. Regardless of how I was being defined, my higher aim was to create work that was transcendent. Unquestionably beautiful. I was interested in the darkness of Artaud and Camus, but I never made performances that were mean-spirited. I would go back to the art I was doing before my drag, the sculpture and drawing, and try to bring it to this kind of theater.

As a queer person with a decades-long history of cross-dressing but who does not identify as trans or gay, your experience of and entrance into drag culture is intriguing and complex. Can you share a bit about your...

This is a preview of one of our feature articles, the other 64% of this is available to subscribers. 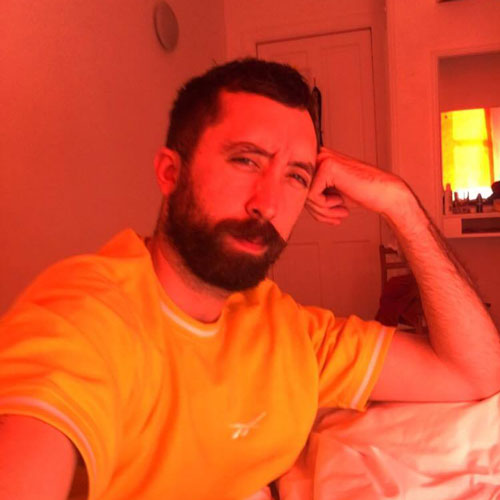 Alex Fleming is a contributing editor at Mask. He is also an artist, curator and writer. He formerly worked as a programmer at the Scottish arts organization Arika. From 2012 to 2015 he was organizer of CAGE, an artist workspace and prisoner solidarity project in the Lower East side of Manhattan. 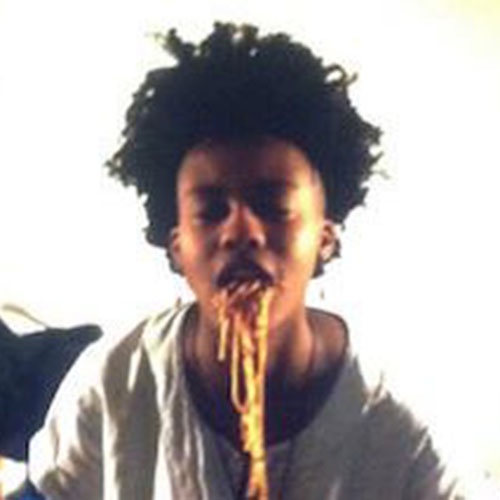 Nia Nottage is a performance artist interested in “unsolved mysteries.”