Aloiso Wilmoth recently changed his Tinder profile to that of a white man, here is what happened.

This Week in ACAB French police crack down on migrants in Calais after protests against miserable conditions in “The Jungle.” 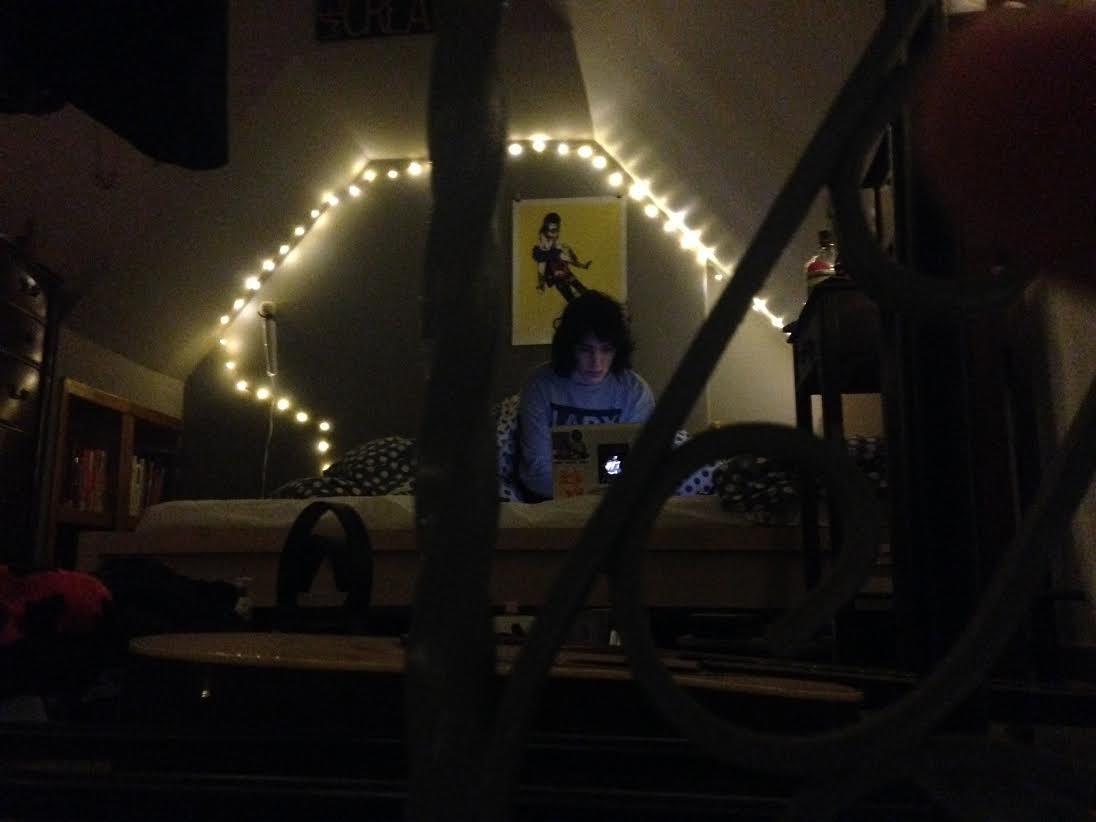 “She’s that sarcastic mean girl who makes a lot of jokes about sex, right?”

Like any girl-genius, merritt kopas humbly says she leads a pretty boring life. Her work schedule is rigid, and she comes across as a highly disciplined yet laid back person like, she’s in bed by ten most nights, and admitted that her doctor seemed disappointed when she told them she doesn’t do many interesting drugs or even stay out very late. Still, merritt has a staggerly long CV having designed many video games including one titled Dee’s Big Night with a tagline as snappy as she is, “You slept in and your date’s gonna be here any minute. Pull it together, babe.” Gag me with a spoon! Besides her stacks of video games for humans, merritt is known for her quick-witted, sometimes sardonic tweets about everything from HIV criminalization to writing to online dating. Most recently, merritt announced that she’s starting a Dragon Ball Fanzine called BADMAN. So, yeah, pretty boring stuff, tee hee. But in all seriousness, I have a special place in my heart for people, like merritt, who were raised on DBZ and then grew up to be cultural influencers with their own beauty blogs and podcasts.

When she’s not working at random hours, she spends a lot of time reading and going on walks, especially since she recently stopped playing video games for the first time in her life, “like, I even deleted the infinite runner game I used to kill time on my phone”.

merritt opened up to us about her recent breakup with video games, her evolving aesthetic, and what it’s like to lead a public life in the age of the internet persona.

What are you working on right now? I just disabled my OKCupid profile again but before I did I wrote that I was ‘pivoting.’ I guess what I mean by that is I’m trying to spend some time figuring out what I’m doing. But I have this problem where I just forget everything I’m working on. Like right now I’m putting together this poem-comic that’s being illustrated by 25 of my comics friends as a part of a fundraiser for some medical stuff I’m doing next year, and I’m still running my personal podcast Woodland Secrets, and I’m starting a new podcast about early internet experiences called A/S/L. Oh, and I finally just read Marie Kondo’s book so I’m trying to KonMari my life. So questions like this are helpful because I step back and realize like, oh yeah, I’m actually doing a lot of pretty great things, it’s just that my brain’s infected with all kinds of social garbage that always tells me I’m not working hard enough.

What is your favorite thing about designing and playing games? I actually broke up with video games a few months ago. A lot of what I got out of making them was actually stuff that was totally coincidental – a network of friends, a creative outlet – stuff I finally realized I could have elsewhere. There are definitely great things happening in games spaces right now but I was just making myself miserable trying to keep at this thing that I sort of accidentally fell into and didn’t have a great reason to stay in. I see a lot of people talk about how awful games are to work in online and I was definitely one of those people for a long time too and I guess eventually I was just like, why don’t I quit? I’m not getting paid enough to be this miserable.

It’s hard to walk away from something you know, whether it’s a creative field or a relationship, but I think the secret of quitting is that you will usually be okay. The world doesn’t end. I’m not saying quitting is always the answer, but I think a lot of people put themselves through hell when trying something else might make them a lot happier. I felt like I was lying to myself for a long time and eventually I just realized that video games have basically been a tool for dissociation in my life, so I don’t even play them anymore. Again, there are people doing amazing things in those spaces, but for me, I’ve been enmeshed in this medium for most of my life and I’m ready to do something else. This is going to sound flippant, but probably the most important thing I learned working in games is how to talk to men and make them feel heard and clever. It turns out that’s a very transferable skill. 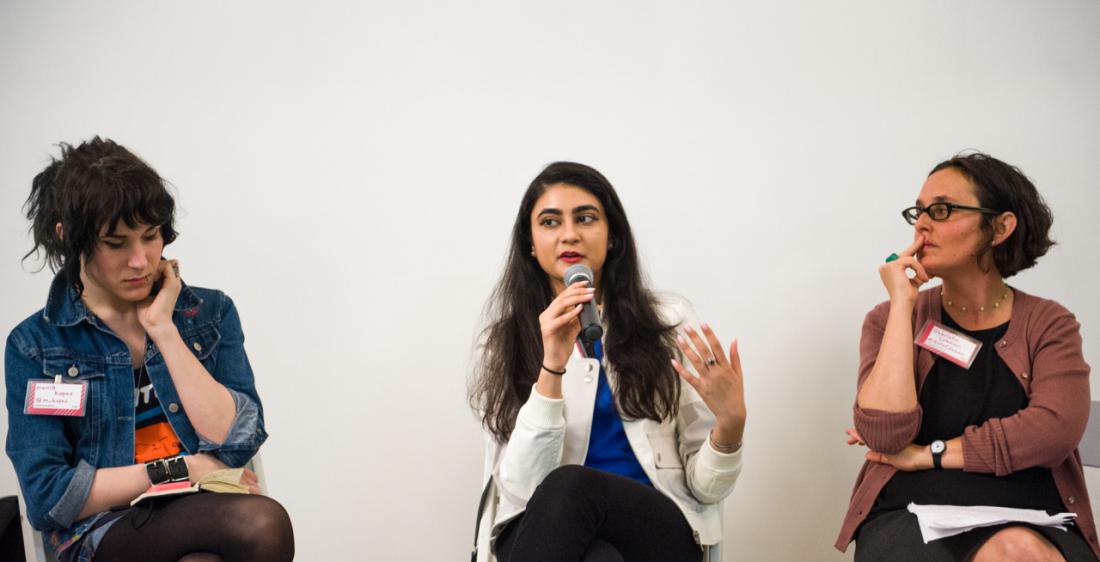 merritt speaks at the Theorizing the Web Conference last spring

How do you feel about this strange world of the internet? Anything you are particularly worried about or, that excites you about this era? My background is in sociology and I’ve read a lot of Goffman so I don’t see the ways we perform different selves online as like, qualitatively different from the same kinds of impression management people have basically been doing forever. That said, one of the things that worries me sometimes on Twitter is the way that positive and negative feedback through favs and RTs and engagement can function as like, this hyper-rapid pressure that shapes people into extreme versions of themselves. Like, you learn that certain kinds of content or presentation elicit the kind of feedback you want, so you lean into those and kind of shear away other stuff. I’ve totally felt that, which is why I have like three or four names at this point. ‘merritt’ is definitely a pretty streamlined persona at this point: she’s this sarcastic mean girl who makes a lot of jokes about sex, right? Trying to be that constantly was kind of tearing me apart so I have this other name now that I use offline, which doesn’t carry all these expectations with it. It’s nice. Like, I can use that name on Tinder and just be a normal girl having normal, boring interactions with awful boys. I really recommend it.

What’s the coolest experience you’ve had on the internet? Melissa Joan Hart follows me on Twitter. This is the strangest possible universe. 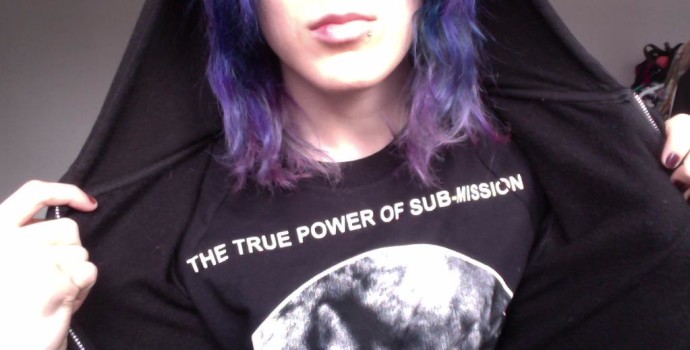 You have an awesome beauty blog for scuzzy and scrappy femmes. What made you decide to work on that as a side project? I love makeup but so many beauty blogs are really intimidating or elitist. There’s a lot of ‘what not to wear’ syndrome. And I guess I’m also a very textual person, and so much of beauty blogging culture is, maybe understandably, in video form. That kind of makes sense, but it’s also intimidating to a lot of people, myself included sometimes, to try to take advice from these perfect sparkling avatars of cosmetic skill. My goal with that site has been to present makeup as something fun rather than something obligatory, or maybe as a set of techniques rather than a set of rules. Personally I’m sort of moving on from the scuzzy aesthetic to something a little different right now so I’m not sure where the site is going to go, but I definitely think there’s a need for more gentle playfulness and humor in the beauty blogging space, so I’m sure it’ll continue in some form.

Is there anything coming that you are looking forward to? Two things, which are both about kind of the same topic. First, a bunch of my incredible artist friends like Michael DeForge, Steve Wolfhard, and Em Partridge are donating their skills to illustrate this series of poems I wrote about being a kid online in the 90s and 2000s called Internet Murder Revenge Fantasy. It’s going to go on sale early next year, and all the proceeds are going to help me pay for some medical procedures I’m doing in March. Second, I’m starting a new podcast called A/S/L which is about early internet experiences – mostly of women, people of color, queers. We’re going to be doing episodes on things like IRL/OL spillage, roleplaying, and furry fandoms, so I’m really excited about that. And if people have any interesting stories that might be relevant to that show they should definitely get in touch!

On the next episode of Dragon Ball Z, will merritt get back together with gaming, will she take over the world? Find out next time...