All Work and No Play

Decode Your Teen’s Tweets This guide to casual antagonist banter is handy af.

We sat down with style icon, activist, and poet Alok Vaid-Menon to talk curating life as content and being unabashedly complicated. 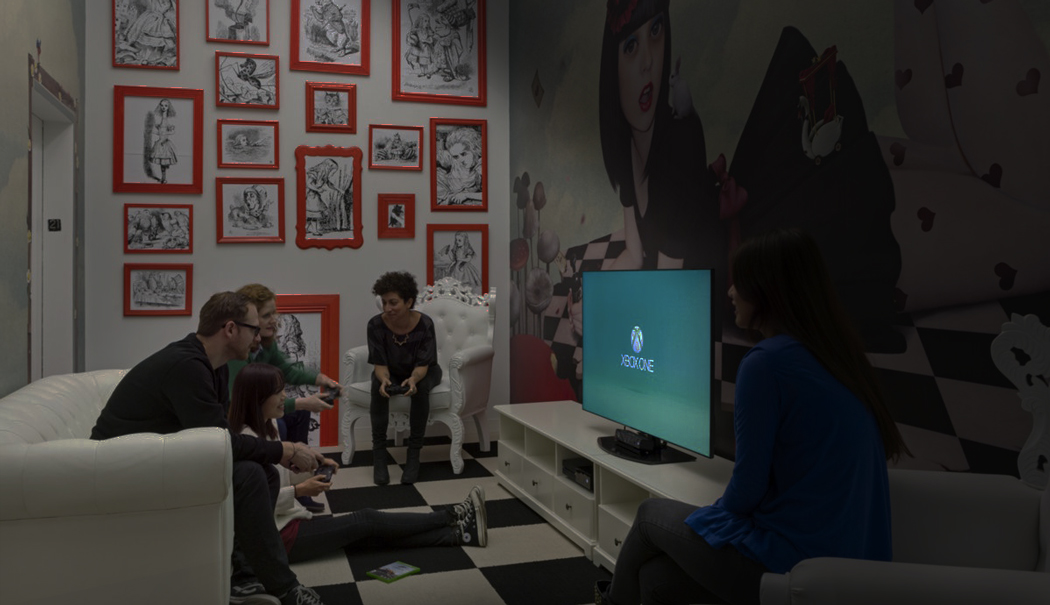 All Work and No Play

What video games taught me about the world of work

I am a world record holder. You can look it up on the internet. It’s the world record for the biggest blowout in a Super Nintendo baseball game, Ken Griffey Jr. Presents Major League Baseball, released back in 1994. I grew up playing that game with my older brother and his friends, and later sneaked games on emulators on the computers in the high school library. In the midst of a summer stranded back home in the middle-of-nowhere Wisconsin, I recorded a game featuring my Chicago Cubs destroying the computer’s Houston Astros, 21–1, a 20-run blowout that still stands as the record today on the Twin Galaxies online leaderboard.

I have had an obsession with games – not just video games, but any game, ranging from board games to card games to sports – and breaking them down for as long as I can remember. But I am far from the only video game player obsessed with sussing out the mechanical sequences of their favorite games. High-speed internet and its capability for broadcasting video has given birth to a huge community of speedrunners – people competing to take their favorite games beginning to end in the shortest possible time. There is a growing community of speedrunners broadcasting on Twitch TV, and some even earn enough money from their subscribers to make it a full-time occupation. Twice yearly, Games Done Quick (GDQ) features dozens of speed runners in a fundraiser for Doctors Without Borders, an event that has pulled in over a million dollars in donations in recent years.

The runs at GDQ, particularly for games I thought I knew like the back of my hand like the Legend of Zelda or Super Mario Bros. series, are mind-blowing. The players, in real time and in front of an audience of fellow supernerds, execute ridiculously complicated and precise button tricks, clipping through walls or throwing items in pixel-perfect placements. One runner took Super Mario Bros. 3, a game I spent hours upon hours trying to perfect, and busted it open in under four minutes:

They make it look so natural, but watch their Twitch channels and you can see the amount of work it takes to completely internalize the long and complex sequences of inputs these tricks take. The runners grind at these tricks for hours, failing 90 percent of the time or more before it clicks. Improvement requires constant scrapping and re-imagining of strategies and techniques, and anybody who becomes overly attached to a certain style of play will be passed up if they don’t adapt.

The economist Thorstein Veblen talks a great deal about “mechanical sequences” like those that make up the absurdly difficult techniques used by speedrunners in his seminal text Theory of the Leisure Class. Veblen was not talking about video games – Theory of the Leisure Class was published in 1899, 86 years before Super Mario Bros. and the rise of the home console. Veblen’s discussion of the mechanical sequence instead comes in the context of America’s radical shift from an agrarian to an industrial economy, and the mindsets required to work in each.

“The habitual activity of the men engaged in these branches of industry has greatly changed, as regards its intellectual discipline, since the modern industrial processes have come into vogue; and the discipline to which the mechanician is exposed in his daily employment affects the methods and standards of his thinking also on topics which lie outside his everyday work. Familiarity with the highly organized and highly impersonal industrial processes of the present acts to derange the animistic habits of thought. The workman’s office is becoming more and more exclusively that of discretion and supervision in a process of mechanical, dispassionate sequences.”

The new industrial age saw a total redesign of the world of work, with the guilds and artisans of before giving way to the factory system. The artisan or the master craftsman could be the prime mover of their working life, with the freedom of choice of jobs, tools and techniques, and control over the creative process. The factory and the division of labor between ownership, management and workers that came with it - a division that remains in most large corporations today - ripped the soul out of the work. People who used to be builders and creators were reduced to human machines, repeating simple tasks over and over for the sake of efficiency. Veblen says this “acts to derange the animistic habits of thought,” that it warps our ability to see the world and its inhabitants as having souls. There is no space for such frivolities in the highly demanding, constant motion world of the factory.

Video games, then, can be a perfect workplace training tool. They nurture the necessary senses of discretion and supervision through carefully meted out rewards when the player accomplishes the task laid out in front of them. The games themselves are similarly discrete and objective: either the task is accomplished, or it isn’t; the game cares not for style (even a “style meter” is nothing but the product of an unfeeling algorithm). Function survives, no matter what the form. Players must submit themselves fully to the rules and mechanics of the game if they are to continue receiving the rewards.

But while the skills learned from these games may translate well to the workplace, the rewards are rarely the same. The meritocracies of the working world never live up to their promises. Between nepotism and cronyism and the machinations of self-serving mediocrity, we swiftly learn the rules aren’t what they were made out to be and that who you know and where you come from mean more than what you can do. And if you can’t fit in the machine, you’re out.

All this has made the modern job market into a ruthlessly efficient destroyer of faith. Even if it doesn’t kill the spiritual faith, it will swiftly erode any residual faith in the system. The laborer’s work life, planned out by owners and managers, leaves no room for the self. The result is what Veblen calls “a proclivity to undevout scepticism,” which is great for accomplishing the mindless tasks of the assembly line or writing the thousands upon thousands of lines of code expected from “10X engineers”.  But inevitably, this “undevout scepticism” seeps into the rest of life and is turned toward the workplace and the world it inhabits.

Bosses are trying to stave off this skeptical malaise with pandering efforts like gamification. “Think about receiving points for filing paperwork, or brushing your teeth,” technologyadvice.com’s “Beginner’s Guide to Gamification” reads. “These gamification elements leverage our love of competition and reward, and use it to encourage certain actions.” These tactics purport to make work “fun.” In reality, gamification takes the manipulative structure of employer-employee relationships and lays it bare, for everybody to see on a leaderboard.

And perhaps here is where the problem lies with games as work training. They incubate the perfect mindset for performing technical labor, but they also breed a strong sense of fairness. Not fairness as in righteousness so much as in consistency, the idea that the same work will be met with the same reward no matter who or where it comes from. The idea that the rules matter and won’t be rewritten to fit the situation. Once the rules collapse, the turn to skepticism is inevitable.

Video game marketers know this and latch onto it. Advertisements for the latest Star Wars: Battlefront game feature a bored worker in his office, daydreaming about childhood lightsaber fights, only to be saved when an X-Wing pulls up to the window. He hurls a chair through the window, jumps into the ship and takes off to the battlefield on Hoth. And then the Playstation 4 slogan flashes across the screen: Greatness Awaits™.

Video game companies know a large fraction of their customers, even the “successful” ones, feel a great dissatisfaction with the limits and banalities the working world places on their lives. Games offer a world where those inconsistencies and injustices melt away. After pushing against the brick walls of fake meritocracies and corporate ladders and incomprehensible authorities, spending some time in a world where the stated rules actually matter and the rewards match the outcomes is like finding an oasis in the desert.

It makes games (and sports, for largely similar reasons) a perfect escape from the world their players are being trained for. After a day in the content mines, I still find a game of Griffey Baseball or a run through Super Mario Bros. 3 to be a welcome release. Putting so much energy into these games seems like a waste – Veblen, the cold economist, would certainly think so. I don’t care. I don’t play these games to be productive, and few other outlets give such consistently positive returns on my energy. Truly, what else is going to give me a world record?

Still, I know Greatness™ is fleeting, whether it’s in an X-Wing or the virtual Kingdome or in Kuribo’s Shoe. Emptying the self into video games isn’t the solution the marketers’ promise. A balance has to be struck; relief is important, and escape is sometimes necessary. But when the power goes off, the real world unavoidably rushes back in. Because life isn’t fair, and we have to go back to work tomorrow. 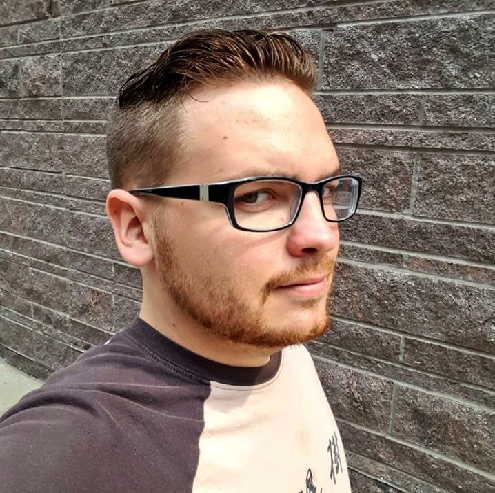 Jack Moore is a freelance writer based in Minneapolis with a focus on the intersection of sports and culture. He remains obsessed with all kinds of games and the myths that surround them.