Cooking and Eating for the Young, Broke and Restless. Our new food columnist introduces us to a pasta sauce that is both affordable and perfect bait for snaring lovers.

Junglepussy released her debut album “Satisfaction Guaranteed” this week. This Brooklyn-based style icon is a vixen about to blow up. 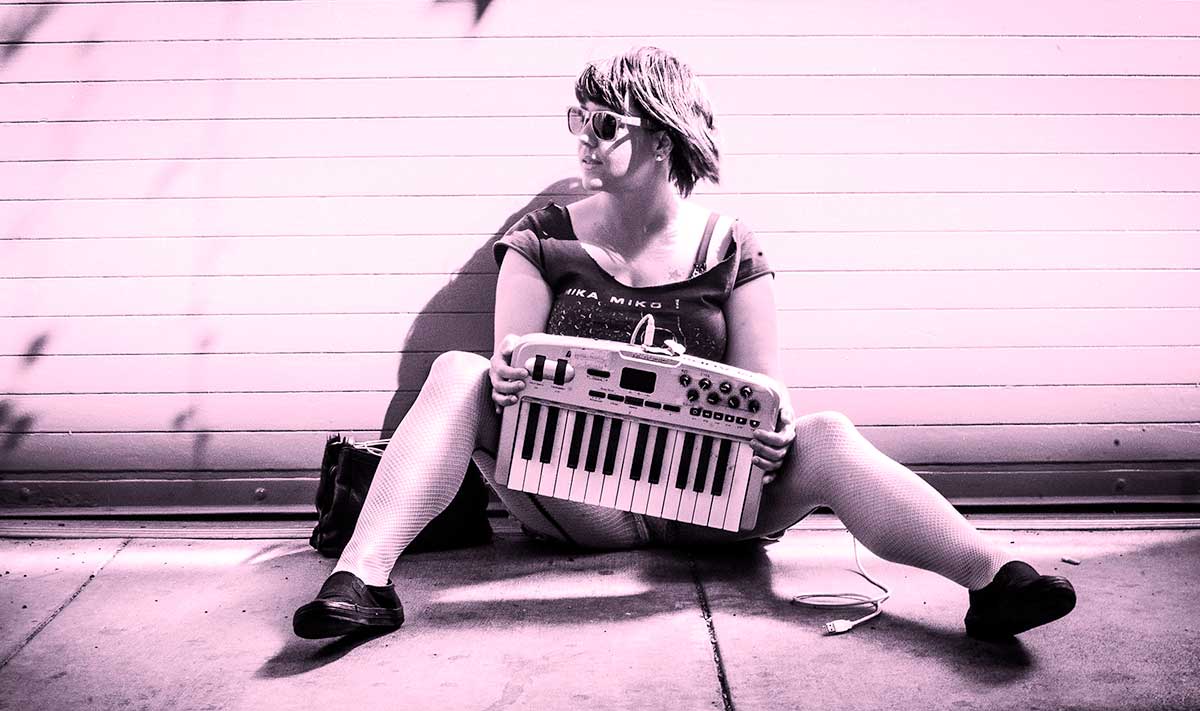 If you’re a queer or a punk living in the Bay Area, you might already belong to the inner circle of Violent Vickie fans. We didn't, but one delirious evening while deep in the rabbit hole of our RSS feed, we stumbled upon Violent Vickie’s Youtube channel and were sold. Vickie’s homemade electronic beats, scornful lyrics, and bewitching melodies meet our post-00s Peaches needs like no other. Lucky for us, she agreed to an interview.

Who is Violent Vickie and where did she come from?

Violent Vickie is a feminist electronic music and visual project that I started as a cathartic and exciting creative challenge in the dreary suburbs of Los Angeles, San Dimas to be precise. After chatting with Hanin Elias (ex Atari Teenage Riot), my mom decided that I was called Violent Vickie because I write a lot of songs about violence against women. Before that conversation, my mom was a bit freaked out by my band name. She was like, “You sing so pretty, but why are you called Violent Vickie?"

How long have you been making music?

I’ve been writing songs since I taught myself some guitar chords with the Guitar for Dummies book about 14 years ago. I learned blues chords and I half-wrote some blues-y/folks-y heartbreak songs that were inspired by Cat Power and Bob Dylan. I started making electronic music shortly after that. My roommates at the time were big into experimental electronic music and they inspired me to take some Electronic Music classes at UC Santa Cruz. I learned how to use FX processors, experimented with analog synths, and recorded onto an ADAT, an 8-track digital recorder that records onto S-VHS tapes. Later I moved to Portland and bought a $40 drum machine on eBay and started messing around. Things didn’t work out in Portland for me, so I moved back to my parents’ place in San Dimas, hijacked their four-track and microphones, and started recording the drum machine, my mom’s Casio keyboard, some other random stringed instruments I found around the house, guitar, and vocals that I processed with my sister’s chorus pedal, intended for guitars.

What are some important sources of inspiration, musically and otherwise?

Bands like Julie Ruin, Le Tigre, Tracy and the Plastics, Peaches, Bauhaus, Throbbing Gristle, and Chicks on Speed were some acts that originally inspired Violent Vickie. I was also way inspired by classes I took in college about gender, race, and class, the riot grrrl movement, electroclash, and IDM (“Intelligent” Dance Music). One song I wrote a few years ago, “No Me No Mine No I”, was inspired by a ten-day silent meditation retreat I did.

What is your social life like? What do you do for fun?

I usually hang out with friends one-on-one and make food, chat, or go hiking or something. Is this Ok cupid? I love seeing a good music show, of course. VAINHEIN was one act I saw recently that blew me away with their whole presentation – glorious vocals, electro beats, Marilyn Manson-esqu costume, and lighting/visuals. I also love dancing to rad house music with weirdos.

We liked how your aesthetic and sound borrows from the earnest (and non-pretentious?) attitude of kids, the humor of post-punk adults, playful naughtiness of queer music and performance, and the fierce IDGAF of riot grrrl and feminist punk. Could you tell us a bit about the why and how of those intersections, or if we're off the mark at all?

Whoa. Ok yeah. I didn’t really think of it like that or plan it like that, but I suppose that’s just what came out due to my background and interests. I am happy with that reflection. Thank you. I always appreciated the earnestness of riot grrrl … so I suppose that influence mixed with the sexual, fierce, funny, femme influence of electroclash really brought that out.

In your music, you manage to tackle big subjects – beauty standards, consumerism, hustling, ‘norms’, the gentrification and richness of The Bay and SF in particular, pretentious people, men – without getting too ... I don’t know, I guess without moralizing about them? Is that a conscious choice? Preference? Strategy? We dig it.

Yeah, that’s a conscious choice. I write about the things that affect me, and lately I have been super affected by the fucked-up housing market in San Francisco. I’ve also written songs about relationships, and I am interested in writing more positive songs with amazing positive anthemic qualities like “One More Time”. hahaha. It really makes me crack up to think about Daft Punk sitting around and writing the lyric “One More Time” and thinking “Yeah, man, this is gonna be a hit and it’s gonna make everybody fucking feel good."

Given the choice, mornings or nights?

Not too early, not too late, but I most definitely have a teacher's schedule, so I’m often in bed by ten.

Which contemporary artists do you think are doing exciting things right now?

Musicians you mean? I was blown away by Cindy Sherman’s show at the MoMA, but I’m way more a music nerd than an art nerd. My favorite music lately has been VAINHEIN, Two Dudes In Love, Tyler Holmes, and I.VII.I.IX (all Bay Area electronic musicians).

If you got an email that was like “Hey, wanna go on tour with us?” that was beyond your wildest dreams, who would it be from?

Anyone really, but Miss Kitten, Gossip, Peaches, and The Julie Ruin would be soooo rad.

I’m playing a bunch of shows this summer in the Bay Area and the North West, then I’m moving to L.A. and going to grad school for Social Work, I think. I have also been hosting and DJing a darkwave/electronic club night called Dazzle at The Knockout in San Francisco, I have started some new songs for my next album and I really really really want to work on more songs.

Violent Vickie is playing all over the West Coast this summer. Check out the schedule and RSVP here.