Nutcracker Man Lives Up to His Name, Kicks Cops Where the Sun Don't Shine

watch revisit this beautifully intense poem by Muhammad Ali on the anniversary of the Attica riot.

#prisonstrike Follow along with us as things escalate on both sides of the wall. 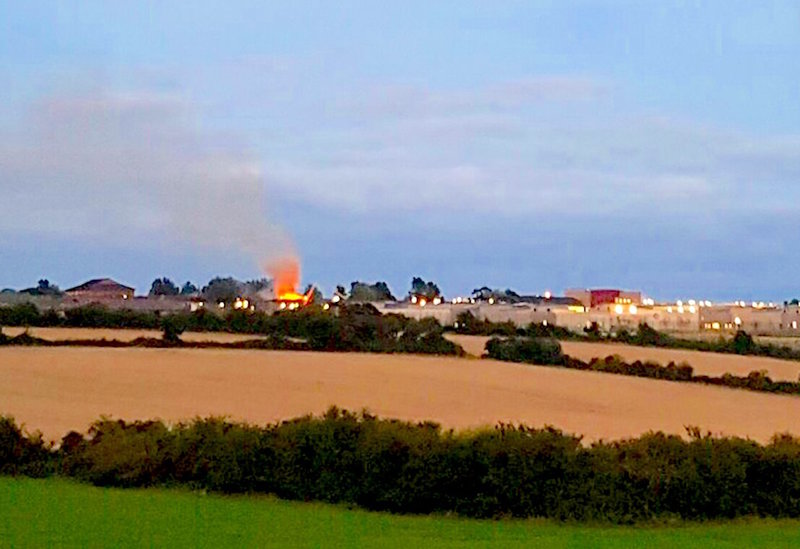 Brave de-arrest attempts at West Indian Day Parade, youth prisoners in Ireland and Italy get things popping, and the US prison strike is underway

Sometime between getting covered in powder and paint at J’Ouvert and walking down Eastern Parkway for the West Indian Day Parade, I finally made my peace with summer’s departure. Every NYC summer finds a way to woo me only to then break my heart as it leaves. But this year, there’s a huge prison strike on the Attica Prison uprising’s 45th anniversary to console me. This first September week has also been pretty lively with people around the world banging on the system from both inside and outside of the prison walls.

Colin Kaepernick’s protest against the oppression of people of color has been giving me so much life. He’s donating money from his rising jersey sales to charity as well as donating bookbags to NYC kids and giving $1 million of his salary to community groups. And to top it all off, Kaepernick was spotted in a pair of some cute-as-hell police/pig socks. You can cop a pair for yourself here. And cop me a pair too!

Mi gente down in Candado, Puerto Rico stood up to neo-colonialism on August 31 as protesters blocked a USA-government-appointed junta, officially known as the fiscal control board, from meeting at a hotel. The seven-member junta was set up as part of legislation known as PROMESA and will give the seven unelected officials control over much of Puerto Rico’s economy. Protesters outside of the hotel battled with police as they threw rocks at the cops, sprayed pepper spray at two cops, and tagged up a police van with anti-cop and anti-colonial messages.

Shortly after the West Indian Day Parade in Brooklyn, cops tried to arrest a local man selling Nutcrackers, an NYC summer staple, and nearly caused a rebellion. As police tried to cuff him, the Nutcracker man, as his name should have warned, kicked one of the cops in the groin. When members of the community realized that the cops were trying to cuff their beloved Nutcracker man, many intervened and tried to de-arrest him. Cops then called for backup and used a Taser to finally arrest him. No wonder the Nutcracker man always said “take a sip, bust your lip!” Sadly, cops also arrested six people who tried to free the Nutcracker man. The NYPD had recently re-painted their Gay Pride vehicle with West Indian flags in a lazy, corny attempt to endear themselves to the community, but this incident probably won’t help with NYPD public relations.

The people locked up at the Holmes Correctional Institute in Florida got it popping early for the nationwide September 9 prison strike with a riot. According to reports, on Wednesday night, “an undisclosed number of inmates barricaded themselves in at least four dorms.” Officers from multiple other prisons had to be brought in to help end the riot. By the next morning, three of those dorms were back under control with no reports of injuries in the process. And of course, to prevent further rebellions, some of the imprisoned will be “transferred to other facilities.” The Florida Department of Corrections is expected to comment on the uprising on Friday, the day the nationwide prison strike is expected to begin.

Meanwhile, young people locked up in Italy and Ireland have been giving me so much hope for the future. In Dublin on August 31, kids at the Oberstown youth prison put the call of “fire to the prisons” into action. The youths took advantage of an eight-hour work stoppage by the guards and began to riot. The kids then stole some keys from one of the guards, made their way to the roof of a prison building, and set it on fire. The rioting went on for hours with the kids controlling the prison until riot cops arrived. Two weeks earlier, five youths managed to steal a ladder, beat up guards with bats and golf clubs, and scale a 30-foot perimeter wall before being caught in a massive search operation.

On September 5, young people at the Campania Juvenile Justice Center in Airola, Italy revolted, supposedly due to issues over lack of cigarettes and food. Officials at the prison tried to dismiss the riot as kids showing off how tough they were. Using wooden table legs and broom handles, the kids beat up some of the guards, leaving two injured. The youths then smashed furniture, pipes, radiators, and TV sets and even broke through a partition wall using their cots. The rebellion lasted five hours and caused more than 30,000 euros in damage before a large number of officers from other prisons were brought in to suppress it. Like Whitney said, the children are the future! Let them lead the way!

A feathered comrade in Colombia recently tried to help folks behind bars but got caught by two prison guards. A pigeon with a cellphone and USB stick strapped to its back was headed to someone locked up in the Combita prison when the guards intercepted the delivery. They then took the devices but at least let the bird go. This probably won’t be the last time that the pigeon will help support incarcerated folks as similar instances of birds bringing in contraband were reported in 2009 and 2011.

If you’re looking for ways that you can help support or expand the prison strike, here’s a list of things you can do and a list of solidarity actions you can attend.