Expose What Is Rotten — Review of Chelsea Martin’s Caca Dulce

Horoscopes for January 2018 This a year that rewards focusing on exactly what matters to you most. 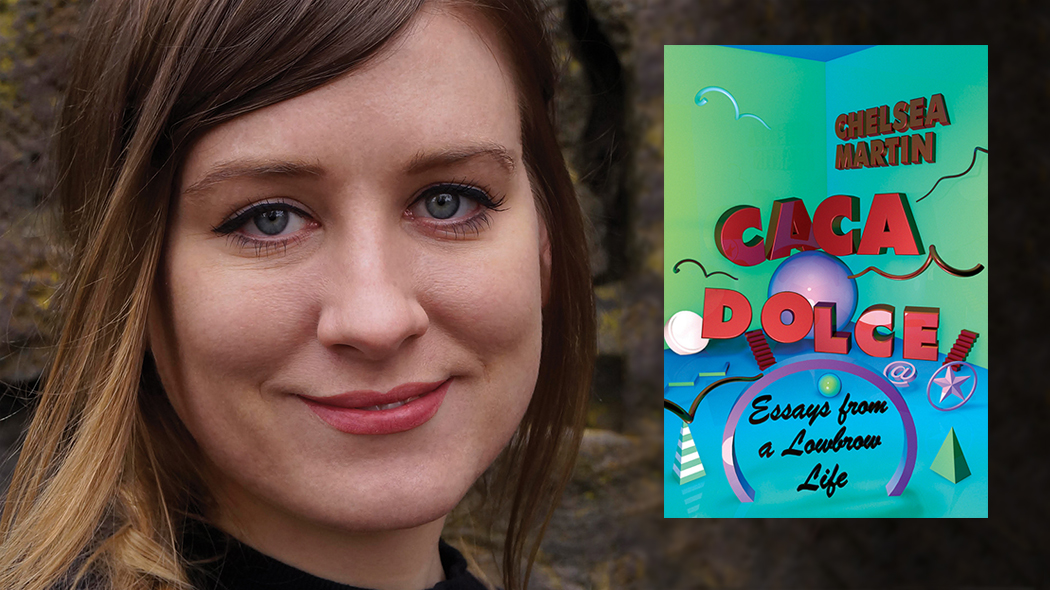 Expose What Is Rotten

Deirdre Coyle reviews Chelsea Martin’s hilarious new essay collection and finds that the promise of escape isn’t always as glamorous as it seems.

Years ago, I followed my usual literature selection method of picking books based on the title and bought Chelsea Martin’s first book, Everything Was Fine Until Whatever. EWFUW (which I pronounce “oofoo”) collects stories, poems, visual art, and lists. It was great, although its range made me feel creatively limited by comparison. Apparently this was how Martin wanted me to feel; in the author’s note, she writes, “I want you to think I’m a part of you somehow, or that we share something no one else could possibly understand. I want this to make you a little nervous... I want your heart to break from seeing so much of yourself in me, and to break again when you realize I know more about you than you do.” I’d forgotten that note in the intervening years, but after reading Martin’s new essay collection Caca Dolce, published in September this year, I wonder if it isn’t true.

Chelsea Martin’s new essay collection, Caca Dolce, covers a lot of territory I’ve dragged myself over: unrequited obsession, gothiness, the gravitational suck of a hometown you nominally hate, that feeling when your cool mom teaches at your high school, that feeling when your friends definitely like her more than you. At different points, this book made me want to move back to Richmond, find my Rooney CDs, wear plaid pants, and become a sculptor (none of which are good ideas for me).

As someone who grew up in a small city I hated, though by no means as small as Martin’s hometown, I know the feeling of chance encounters that tease at the glamor of places and lives larger than your own. My hometown of Richmond, which holds about 200,000 people, would by no means be considered a small town such as Martin’s Clearlake, home to only 15,000 people and while I realize Richmond and Clearlake aren’t equivalent in population or coast, both hold their denizens fast. They’re cities that people escape from rather than to.

If EWFUW is a funhouse mirror, Caca Dolce is more like a ballet studio. The prose is direct and deadpan, artful in its apparent artlessness. Martin’s straightforwardness makes even deeply uncomfortable subject matter hilariously self-aware. In describing her “first sexual experience” at age six – a tingling sensation while watching a horror movie – she simply says, “I attributed it to Chucky, the evil sentient doll.” By laughing alongside her, the grotesqueness of the idea is mitigated.

Martin’s combination of soft narcissism and self-deprecation also spoke to me. Like many creative people, I work best in the purgatory between unearned confidence and deep self-loathing. The two find a charming balance in Martin’s inner monologue: “When someone suggested I was cool, I couldn’t help thinking, What the fuck is your problem?” Simultaneously, “When I was depressed, or felt like a complete piece of shit, or doubted my ability to do anything, there has always been a small but persistent voice saying, You’re actually kind of great.” As a teenager, I leaned into this limbo by externalizing my gothiness. Self-assurance came with my dramatic aesthetic; I thought I was great. I was great.I mean, I still hated myself, but I loved my clothes.

In the essay “Goth Ryan,” Martin is impressed by goth culture’s “black strappy clothes, black fingernails, and heavy eye makeup... but also the directness and openness about feelings of sadness and inner rottenness.” This rottenness, too, hangs heavy in my memory: when I became friends with other outcasts, I found I was allowed to talk about feeling like shit. Acknowledging depression, formless anger, or tendencies to self-harm wouldn’t freak out these friends, or isolate me further.

Love rears its ugly head in “Ceramic Busts,” where Martin meets a boy at an out-of-town driving school. The boy, Sandy, “looked like the star of a movie about cool teenagers” and was friends with the band Rooney. Martin has several shallow conversations with Sandy and takes clandestine videos of him on her phone. Driving school ends and Martin returns to her hometown; she remains in love with Sandy from afar. Like monomaniacal nesting dolls, she illustrates Sandy based on her creeper footage, then sculpts ceramic busts based on her illustrations, then writes this essay about the ceramic busts.

She’s aware of her obsession’s creepiness: “I was embracing parts of myself that I normally tried to keep hidden. I felt in control of my flaws in a way that made me like my flaws.” Here, self-love and -loathing inform not only the essay but each other. Again, I wondered if Martin didn’t know more about me than I did: if I didn’t use my work to make my rottenness palatable, I’d probably never create anything. “I was amazed that my feelings of loneliness and self-loathing and unrequited desire could be used to create something that I liked, wanted to be around, and wanted to show other people” Martin says, and I know exactly what she means.I’ve written about my scars, eating disorders, panic attacks, bad relationships. Some is fiction; most isn’t. There is a freedom in acknowledging the unpleasant sides of ourselves and our experiences – and, in some cases, recognizing why we’re drawn to the people and situations we’re drawn to.

In a moment of clarity, Martin recognizes Sandy’s misplaced allure as the sexy stranger who knows nothing of her humble hometown. “I had just been overcome by meeting someone who was not from Clearlake.” Of course, meeting an outsider is only just the first hit of escape... the next step is to actually flee. Martin’s shitty step-dads, her shitty high school experiences, her shitty hometown: she escaped them all by going to art school in Oakland. Despite her description of art school as an amazing experience that left her with a “worthless, embarrassing” degree, it provided impetus for departure. “I remained ambivalent about my future,” she writes in “How to Bullshit.” “I was equally ready to leave town and go to college as I was to remain living at home and start my lifelong career at Safeway, where my aunt Helen could probably get me a job. But I got accepted to the art school I applied to.” As a high school senior, I’d considered keeping my job at Spencer’s. They wanted to make me Assistant Manager; I left for college instead.

There’s an embarrassment in going to college when most of your friends are working. Most of my high school friends started working full-time after graduation, living lives that, unlike mine, no longer revolved around school. I felt sheepish about leaving, unsure of what I’d find in my out-of-state college, and whether I’d even like anyone there.

Martin and I both realized that escape is not always as glamorous as we’d fantasized.In “How to Bullshit,” Martin’s class awareness skyrockets as she attends art school, moving from what she considered a “normal” middle-class family in Clearlake to “easily one of the poorest kids on campus.” My college offered fairly generous financial aid, so while I didn’t come from a much lower income bracket, my classmates talked as though college was the assumption rather than the exception. A friend said, “In my high school, it’s like, if you don’t go to college, you just die.” Assumptions about “normalcy” are always born from associations like these; the norm is what you know. This is how we follow the patterns of our families and friends, how hometowns sometimes feel inescapable. “The trap of Clearlake is financial as much as it is geographical as much as it is psychological,” Martin writes. “Being born there all but guarantees a life of poverty.”

But as much as college distances Martin from her hometown friends, her Clearlake origins distance her from her art school classmates. Her multiple jobs leave her less time for creativity than her classmates, yet she knows she’s lucky to be there at all. Again, her flat style undercuts self-pity with self-deprecation: “I was in an economic no-man’s-land, rich in education and opportunity, poor in money and time, with no one to complain to.” During art school, Martin visits Clearlake “at every opportunity, never knowing why I was still most comfortable hanging out in a town I had so eagerly escaped.” My relationship to Richmond also intensified after moving away. When visiting, I’d tear up at familiar intersections or strip malls, places that never invoked anything when I was a teenager living there and hating it. Even an ugly parking lot could startle me into sadness about what I’d left behind, coupled with desperate uncertainty about the future.

Martin doesn’t glamorize this path: she acknowledges the nuanced discomfort of leaving your hometown, moving to a city, then coming back and trying to act “normal” by the standards of that hometown. The overwhelming feeling that, no matter how much time passes, maybe you should go home again. In “Man Hater,” she writes, “I was beginning to feel Clearlake’s pull, the one that no one can seem to escape, the persistent voice that told me life was better here... That maybe this was the only place in the world where I could stand out as special. That maybe I belonged here.” While towns you escape to promise excitement, towns you escape from can provide refuge. It’s nevertheless complicated: economic and cultural climates divide cities, and subdivide the people within them. Physical and financial constraints prevent many who might want to leave their hometown from actually doing so, and cultural expectations might stifle the desire in others.

My best friend Emily recently came to visit me in New York, and we talked about how our hometown is “a black hole.” Most people don’t leave, and the ones who do tend to circle back. “You know you’ll end up in Richmond, too,” she said. And I probably will.

It’s comforting to know the option of returning to my hometown is always there, and it’s not a bad one, even though I’ve made my escape. Chelsea Martin knows we can only be special in our hometowns; we can expose what is rotten; we can love our self-loathing, and it’s probably fine. Caca Dolce made me feel like Chelsea Martin not only knows me, but knows all the worst things about me. My heart broke a little at the realization. 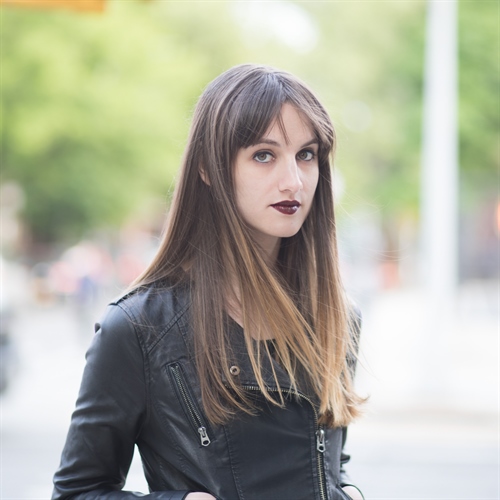 Deirdre Coyle is a goth living in Brooklyn. Find her on Twitter.