Interview with The Thread: A Post-Virtual Community That Never Sleeps — The Thread is an ongoing email conversation with 24 people, or as they call it, “a long joke”. 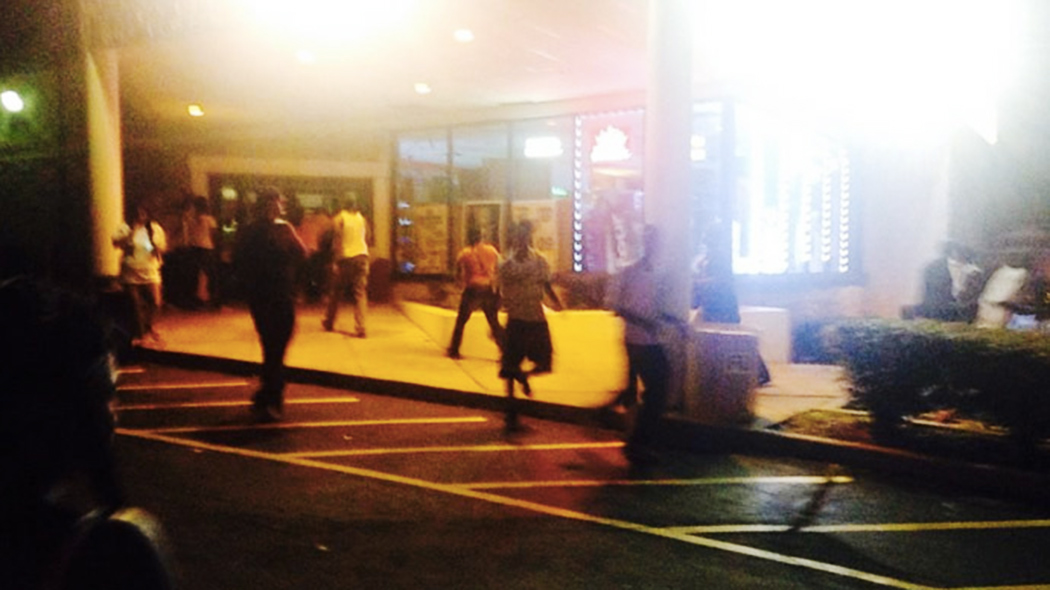 Hey, Step Back with the Riot Shaming

As you may have heard, a young black man named Michael Brown from Ferguson, Missouri was shot many times and killed by a police officer on August 9 of this year. A bit of a caveat before my rant: I'm angry and it comes out a bit here. Sorry not sorry.

Processing my anger in the wake of Michael Brown’s murder.

On August 11, 1965, the Watts neighborhood of Los Angeles exploded after a confrontation with police grew to a critical mass. The neighborhood smoldered for six days. Almost a thousand buildings were looted and burned to the ground. The unrest marked an important turn in the struggle against an overtly racist America. That was forty-nine years ago today.

Listen: police in this country attack poor people of color. It’s happening. Like, it’s still happening. Every day. All across the country. It’s been happening. The story of America is an uninterrupted chapter book of brutality and horrific violence. Racist violence in America is a story with no interludes.

The narrative of “progress” steadily advances divorced from the reality on the streets. For all the online discourse about oppression, identity, and ‘shaming’, there is a disturbing lack of insight and nuance when it comes to riots, vandalism, and looting in the wake of these unsettling acts of violence against people of color. So I thought I’d put together my responses to the phenomenon of “riot shaming” – the policing of young black and brown bodies in the aftermath of police murder.

Five Rebuttals for the Riot Shamers

1. “This distracts from the message.”

No it doesn’t. If you think this is a distraction, take a deep breath and focus. It’s not “about one person”. It’s about fearing the loss of your family and friends at the hands of police. It could happen at any moment, and Michael Brown’s murder reminds us of this. He was quite literally supposed to start college today. It’s possible to have compassion and sympathy for the bereaved and still act out against the systematic exploitation of communities of color. If you can’t do these two things at once, it’s time to examine your commitment to a world without this terrifying syncopation of police violence and economic starvation.

As for distracting the media, well ... Attempting to appeal for mainstream media visibility in this age of instant information is a pathetic neutralization of our capacity. Let them cover the sensation if that’s what they’ll do. Our resentment should not be engineered by their attention span.

2. “Destroying ‘your own neighborhood’ won’t help.”

I’m not sure how people who make this argument imagine ‘owning’ a neighborhood works, but I’ll try to break it down: we don’t own neighborhoods. Black businesses exist, it’s true. But the emancipation of impoverished communities is not measured in corner-store revenue. It’s not measured in minimum-wage jobs. And no, it’s especially not measured in how many black people are allowed to become police officers. Here is a local discussing why area businesses might have been targeted.

White flight really happened. Go look it up. And insinuating that simply because all the white people left certain neighborhoods following desegregation doesn’t mean they are suddenly ‘ours’. This kind of de facto ‘self-determination’ is so short-sighted it makes me wonder how we can even talk about gentrification and segregation usefully if we think black people somehow ‘have all these neighborhoods’. We don’t have ghettos. Ghettos have us. Prisons have us. Sports teams own us. Record labels own us. We don’t have shit.

3. “Looters and vandals are criminals.”

I grew up afraid to put my hands in my pockets at the store. For us “can I help you find something?” means something very specific. Young people of color are presumed guilty. Police cars slow down when they pass us on the street. They search our pockets and dump out our bags. On our way to and from school. To and from work. If we walk through a wealthy neighborhood, we might get shot. A third of us have been to jail. The law protects this kind of targeting, so yeah, we’re criminals. We are criminals because we are seen as criminals. We were criminals long before we climbed through broken windows. We were criminals long before we ‘refused to disperse’.

First of all, this is kind of a baseless generalization. One of Martin Luther King Jr.’s lesser known quotes ‘riot is the language of the unheard’ keeps me grounded here. In fact, did you know that MLK and many other non-violent black activists employed armed guards in the 60s?

Besides, all of this talk about ‘violence’ this and stereotypes that is just so unhelpful. Let’s maybe talk about the fact that in cases like this police deliberately censor footage gathered, in some cases arresting photographers for fear of sparking unrest. You know why that is? Because they understand what most riot shamers don’t: if you corner injured people, there is no where to go but against. Judging people’s commitment to ‘the cause’ based on whether they can bottle up their reasonable frustrations, and finding selective affinity with only those who can say from safe distance to ‘turn the other cheek’ is part of what sparks these riots in the first place.

Something tells me people who make this argument haven’t really looked into the prospects of this task. Let’s be real, this ‘justice system’ people suppose is possible has been the subject of political and economic philosophy for hundreds of years. I got news for you: it’s not looking up. The ‘fair’ economic system that a reformed justice system would require is a myth.

“So are you saying we should just give up?” That’s what people ask me when I say things like this. My response: “eh, how about just not reducing everything to patience and progress?” Don’t ask kids to wait around and dodge bullets until the system treats us fairly. Just stop putting that on them. Believe it or not, you don’t have to save the world. And you sure as hell ain’t going to do it on Twitter. Just step back with the riot shaming, and work on your perspective.

In closing, I’d like to offer a message to the youth: with murderous cops on the loose, the safest place to be a young black or brown person in America is in the streets with all of your friends. Stay tight.

Police apologists: if you still think a few looted shops ‘distract from the message’, wait until you see the guillotines.