March 2016 This month, we’ll get a chance to ask the right questions, and we may be able to prevent a future avalanche – or at least get a head start before it buries us. 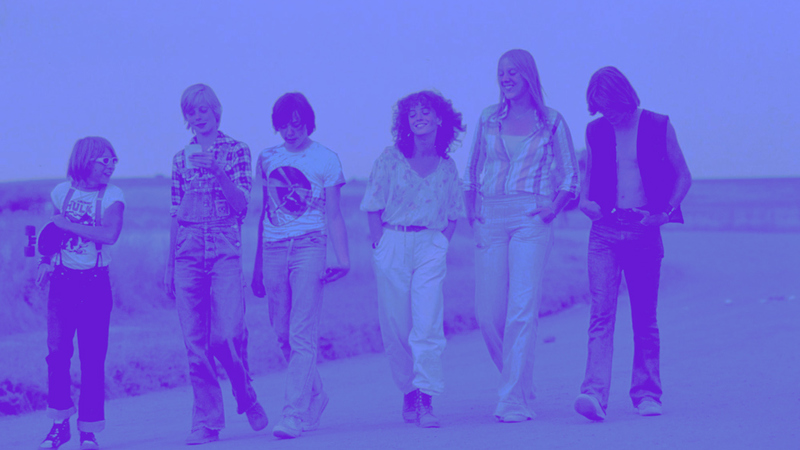 Listen to the kids.

Once we made it to high school, we stopped wanting to go to class. We didn’t like being told what to do. We didn’t like being told where to go. We didn’t like being stuck indoors when the sun was shining. We didn’t like being judged as worthy or not based on grades that seemed so arbitrary. We had a word for it in New Zealand: wagging. We wagged as often as we could. We would come up with every kind of excuse or scam to not have to go. Counsellors visits, doctors appointments, faked illnesses and forged signatures. Not to mention all those times we didn't even bother with an excuse. We were punished for not going to school. We had to stay behind, we had to do extra homework, we had to write lines. Our parents were informed and some of them cared, some shook their heads with a smile and said things like, “kids will be kids.” No matter what happened to us, we continued to wag, not all the time, but at least when we decided we had better things to do.

Teachers barely older than us, who’d just graduated, were assigned to control us and we sure did take advantage. Armed with the knowledge that most of the teachers who attempted to rebuke us would’ve done the exact same less than ten years earlier, we took it upon ourselves to push their buttons every single day. We were monsters because we could be. Whoever thought it was a good idea to put thirty teenagers in a room with one just barely graduated twenty-something was delusional. Most of our teachers didn't really want to discipline us and weren't even sure what would be an effective method. They were told to keep us where they could keep an eye on us at all times so they reluctantly patrolled the fields, courts, and greenery for those of us who weren't where we were supposed to be. Once we got off campus, we were impossible to spot; my last minute decision to attend one of the only non-uniform schools in my hometown paying off as it offered us a camouflage against the truancy officers. Occasionally a teacher was sent into the city on a student finding mission and would drag us back through the school gates with all our better behaved classmates looking on. Despite the shame and humiliation, we continued to wag.

Our friends who attended uniform schools had a harder time wagging but would do it anyway, their bravery rewarded with front page stories about local youth gone wild and how could these unruly teens bring such shame as to be caught off school grounds while branded with their school's insignia. Uniforms ... yet another way to monitor student behavior. Yet another way to divide students along class lines with the obvious difference between fancy private school uniforms and the man made fibers of those of public schools. Yet another way to clip students' freedom of expression and prepare them for a future of gendered clothing and suit wearing. Solidarity kept us from snitching on those we spied out of bounds. Those of us who snitched felt the consequences. Despite the principal's regular lectures, despite the heightened fear of being thrown in detention, our friends from uniform schools continued to wag.

Outside there were trees, cafés, nature, shops, new people to meet from different schools, sunshine, cigarettes, independence. Teenagers don't like being told what to do any more than adults do, and yet they're expected to fall in line without rebellion. When we demanded, "Why do we have to go? Give us one good reason." They answered, "To learn about life." And yet nothing we encountered in the classroom seemed to be preparing us for life whereas everything outside the classroom felt like it was. “You have to learn to make your own decisions, you have to learn right from wrong.” And yet our teachers told us what was right and wrong and when we made our own decisions we were punished for them. Perhaps if we’d been made to feel more in charge of our studies, if we’d been made to feel less surveilled and more community, we would’ve been more likely to attend. The teachers who granted me more autonomy were granted with more of my presence. Being put in charge of a book club, directing scenes from Shakespeare, organizing the school’s dance challenge and editing the newspaper were all reasons for me to improve my attendance. One of the smartest decisions my principal made was to offer Horticulture as a subject to the students who’d already started growing their own plants. Another smart decision was to offer free periods and allow students to start at 10:00 AM instead of 9:00.

Even so, we continued to wag because rebellion is fun. We continued to wag because we wanted to make our own decisions. We continued to wag as resistance to adults knowing where we were all the time, to adults telling us what to do. We continued to wag because who needs school anyway, we knew it wouldn’t take good grades to make it. We could see we weren't going to be upwardly mobile by doing well at school. We could already see the people who were doing well financially, career-wise and all the other ways you were supposed to do well if you did well at school. We could already see the gross truth: having a leg up from birth could keep you out of detention and get you into any college you wanted. We already knew how to ace tests without attending class. We couldn’t see the link between attending class, getting good grades, and having a successful life. I was far happier in the art room than in math class and yet I was expected to devote equal time to both. I got a far greater confidence boost participating in and organizing theater events than I did acing a science exam and yet it was supposed to be the other way around. Teenagers are perceptive, and yet we were talked down to like we couldn’t possibly have had any inkling of what was best for us.

Teenagers today appear to differ very little from me and my schoolmates. My new home of New York provides arguably more opportunities for escape though alongside that increased militarism of surveillance. Here, the police are charged with rounding up teenagers on their way to the beach or park or friend’s house, and send them back to truancy facilities that sound suspiciously similar to jails. The police’s response is an echo of the unfathomable and infuriating reasoning our teachers gave us, "They don't belong at the beach, they should be in school.” I don’t have the answer regarding how to engage students more in learning, I can only muse on what worked for me, more autonomy and to not be made to feel like a delinquent. And even with a radical reimagining of how we educate young people, we may have to accept that students will still wag, we may also have to accept that this isn’t actually a problem.